Hey everyone, I thought I would make myself a sketchbook thread on here. I’ve always been a big fan of the dark side of art and creatures, so the majority of the stuff I’m working on is based around those two.

-Here is a vampire bust I sculpted in z brush. Its an old sculpt but I thought I’d re-render him.

-Here is a model I made for the Mixamo zombie Contest.
A zombie parasite is bursting through the face of the humanoid, and taking over the body.
This character was sculpted in zbrush, re-topologised in zbrush. Uv’d in 3ds max, then baked and textured in xnormal/photoshop. 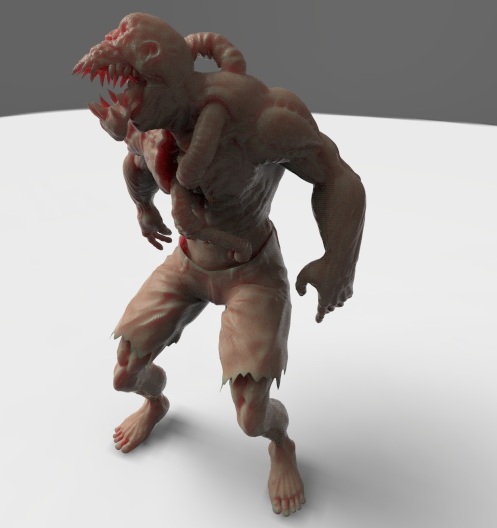 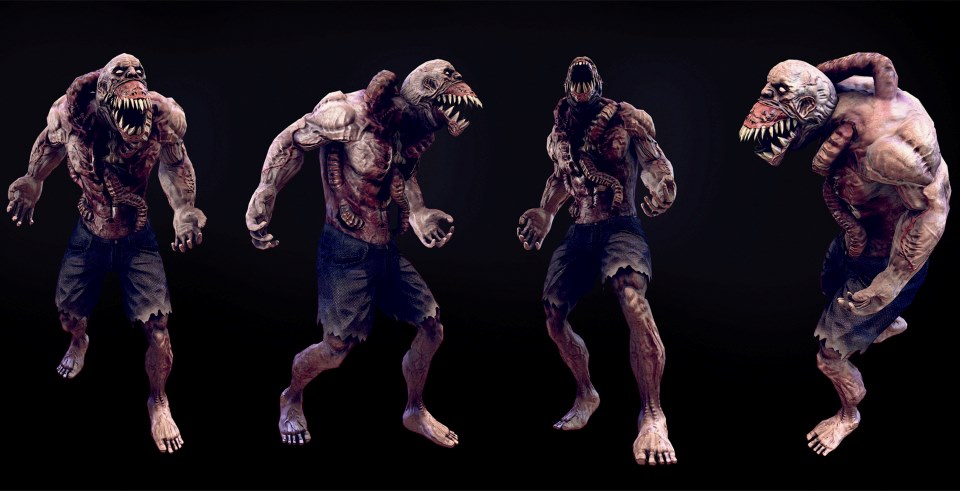 I wanted to create some quick/rough anatomy sculpts.

EDIT: Sorry about the bad quality images, image-shack has destroyed them.
-Higher quality images at http://starkie.cghub.com/images/ <label></label> This sculpt was loosely based on the non-fiction character ‘Charlie Bronson’.
-Sculpted and rendered in Zbrush. With a bit of photoshop.

great sculpts! you shouldn’t need to worry about imageshack, you can upload images directly onto your post through the Forum image handler. Keeps them at a pretty decent quality too.

Here’s my latest piece for the Mixamo Adventure Contest. Now just retopology and bake/textures to do.
Please view http://starkie.cghub.com/images/ for bigger/better quality images. Nice model, makes me think of a black ops circus weightlifter. Short arms, though, as hands should be below the bollocks line but you may have your reasons…

Character for Mixamo looking good. I like general proportions and silhouette. Keep going

@Serek, the arms were a bit weird to do because of the proportions and gear.
When he was just a body sculpt they looked alright but I’m kinda sick of looking at him now so I’ll see what works and what not.
Cheers man.

@Insania Thanks a lot, I’ll post some progress as soon as possible. Need to get the low poly done.

Update:
I never do hard surface things so thought I’d make a change, gonna turn this into a full character I reckon. Hey everyone, a bit of an update to my character. He’s going to be a scifi assassin. wow this soulless assassin is looking great. can’t wait to see what weapons he is going to have.

this is really nice

cool design so far. the face mask is awesome. can’t wait to see the finished character.

Thanks guys, will have some updates up as soon as possible. Still deciding on the rest especially weapons.

Here is him with a different Matcap, I felt the last render was a bit dull.

Comments are appreciated
-Thanks everyone!

Hey Starkie!
It´s coming along nicely! Really cool design on the mask and i can´t wait to see more!

Hey Starkie, I love your mask/helmet design but I think the tactical pouches are a bit too big compared to the character.

Thanks for the comments guys, and about the pouches, according to the reference i was using they were quite large but I’ll probably scale em down a bit.

I’ll post some more shots in the morning, getting late over here.