Been around here for quite some time but never posted anything until now. These are all pretty recent work.

Loretta Young
3D image based on an early(~1930s) photo of the actress.
Most of the work was done in ZBrush. Then rendered in 3dsmax/v-ray. Sculpted hair was made in ZBrush and the rendered hair in Hairfarm.

Bear King
Personal 3D work. Most modeling was done in Zbrush then rendered in 3dsmax/v-ray.

Nimue statue
Designed by Chris Sanders, the genius behind Lilo & Stitch. Director of How to Train Your Dragon, The Croods etc.
Printed and colored by the very talented guys at Ownage. Modeled in ZBrush by me.

Pre-Orders has closed but regular orders will commence again later this year.
If you’re interested in buying one then be sure to sign up on the notification list to be sure you don’t miss out. There’s only a small number of statues left for sale.
www.chrissandersart.com
There you’ll also find more images.

Nimue and her seafriends
3D image based on the statue above.

Pinup
Personal 3d work made for an online challenge.

Hope to update this space later on when I have new works to show. Thanks for looking! 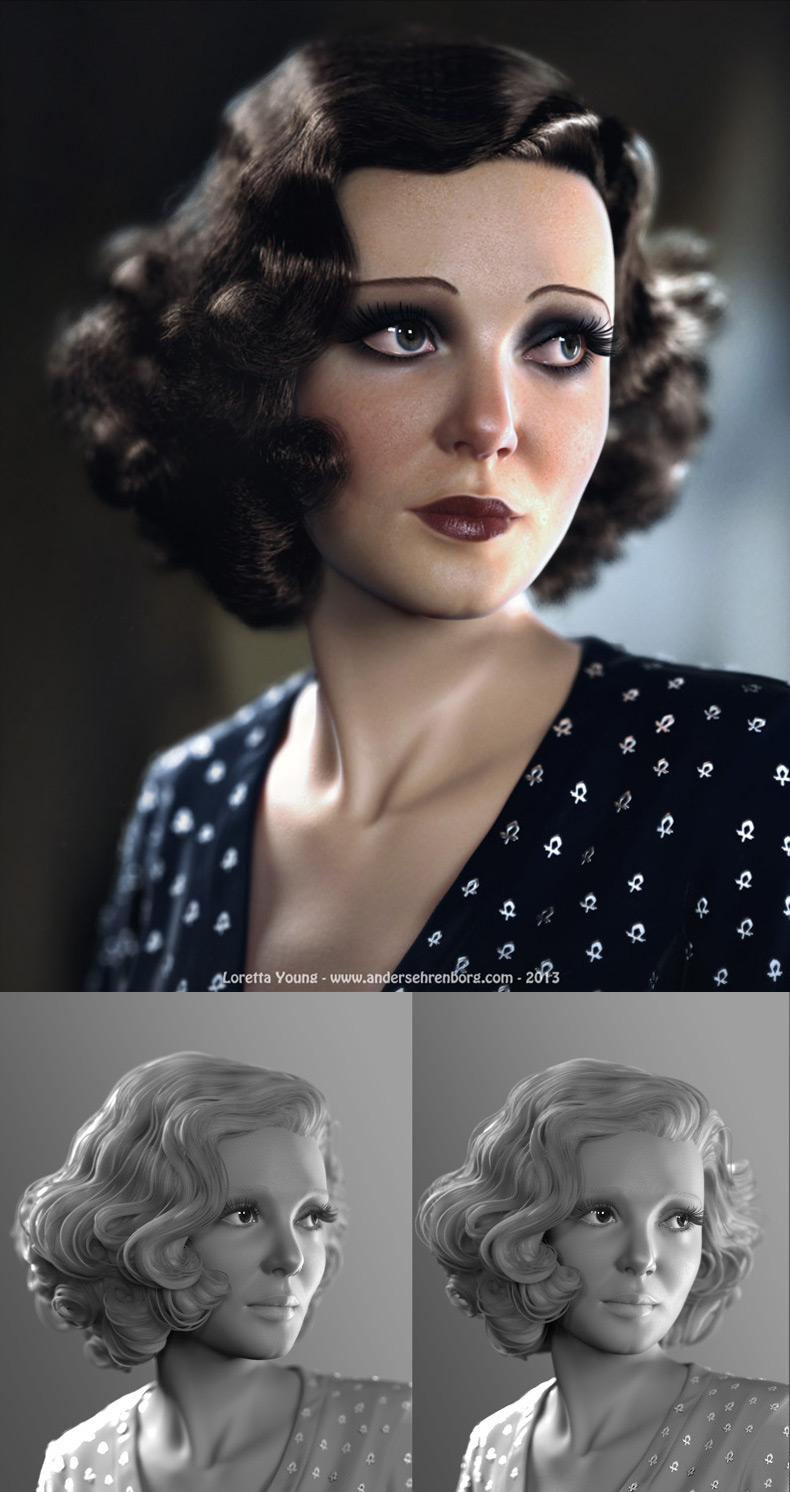 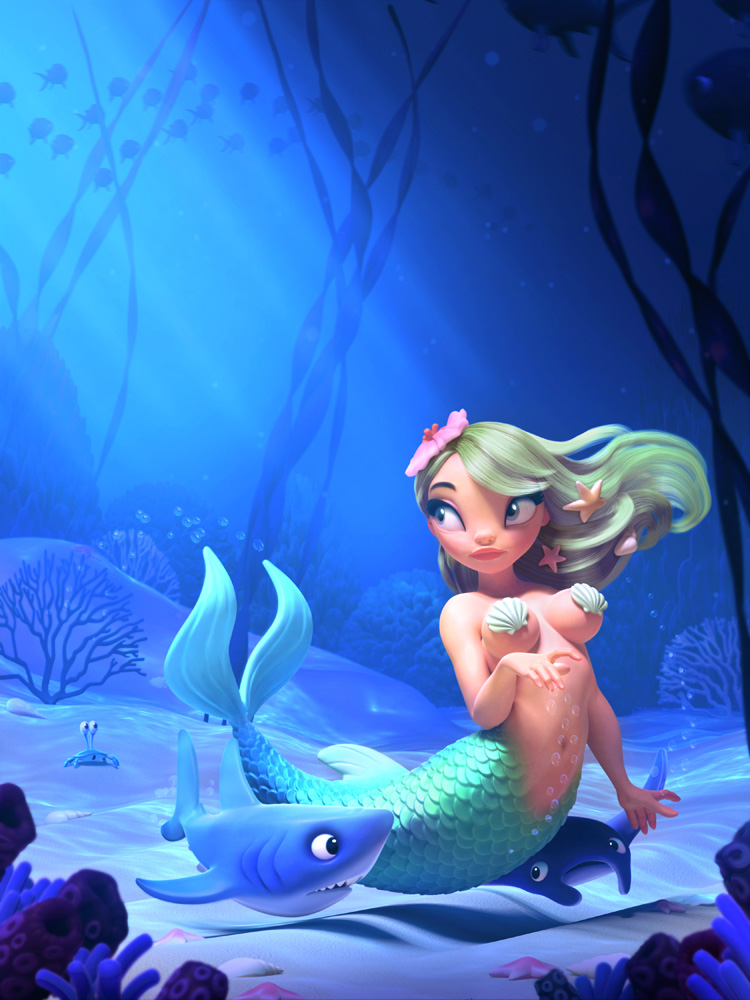 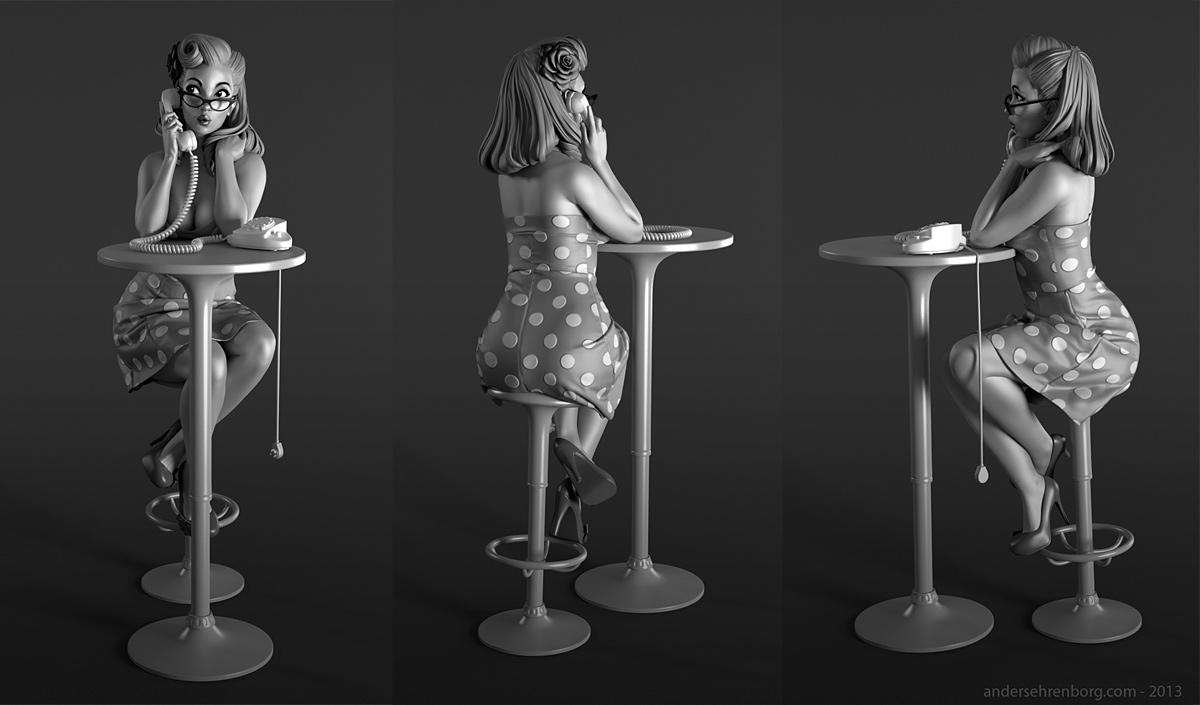 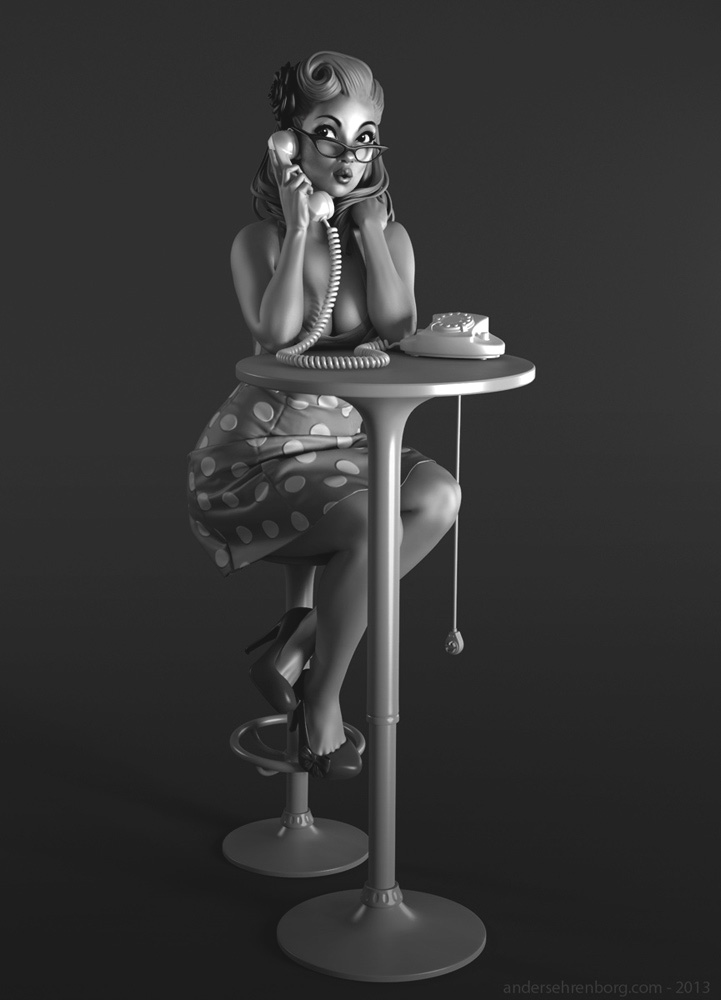 Great work for some seconds my eyes not believing

Oh Man, your works are amazing in every single regard. Didnt see most of them. Wow

These works are really great. There seems to be an abundance of CG talent over there in New Zealand. The girl on the phone is my fav.

VERY NICE WORK. Love the soft smooth fullness of your renders too! Congratulations on Top Row!

Wow beautiful… all of them are great sculpts with such life and soul. Love them all. Would love to know how you did the hair on the Loretta Young model. Is it fiber mesh or just sculpted strands. So beautiful.