Hi all!
My name is Milivoj Popovic, lead modeler and co-founder of Lemonade3d Studio. I worked in a lot of programs, including Mudbox (some of my works made it to Autodesk’s Mudbox brochure), but i must say, Zbrush blew my mind! Now i’m having so much fun exploring it’s world! Hope you like what come’s out!

The story
Stipe is not a very athletic guy, in school we was always the last to be picked, and he was ok with that… but his father, he was a traditional man who wanted a strong and capable son, one that would make him proud! To make his father happy, Stipe joined the army! As he wrote to his father- you will be very pleased, father, to hear that i was hand picked for the SST Unite!
What he didn’t say was that SSTU stands for-Special Shield Testing Unit!.. 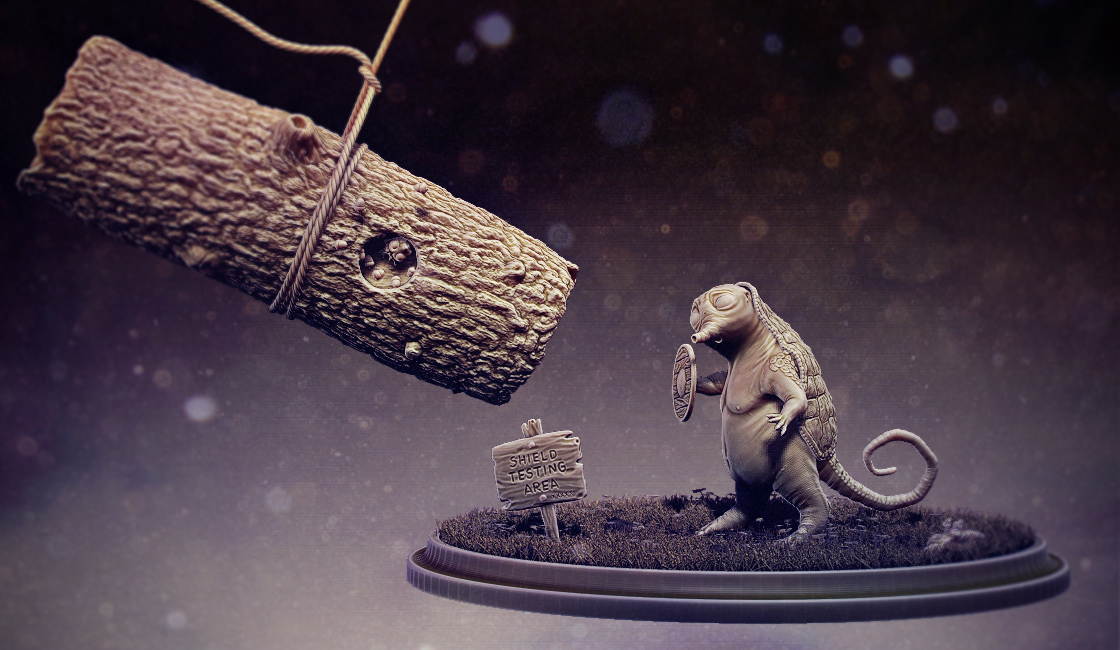 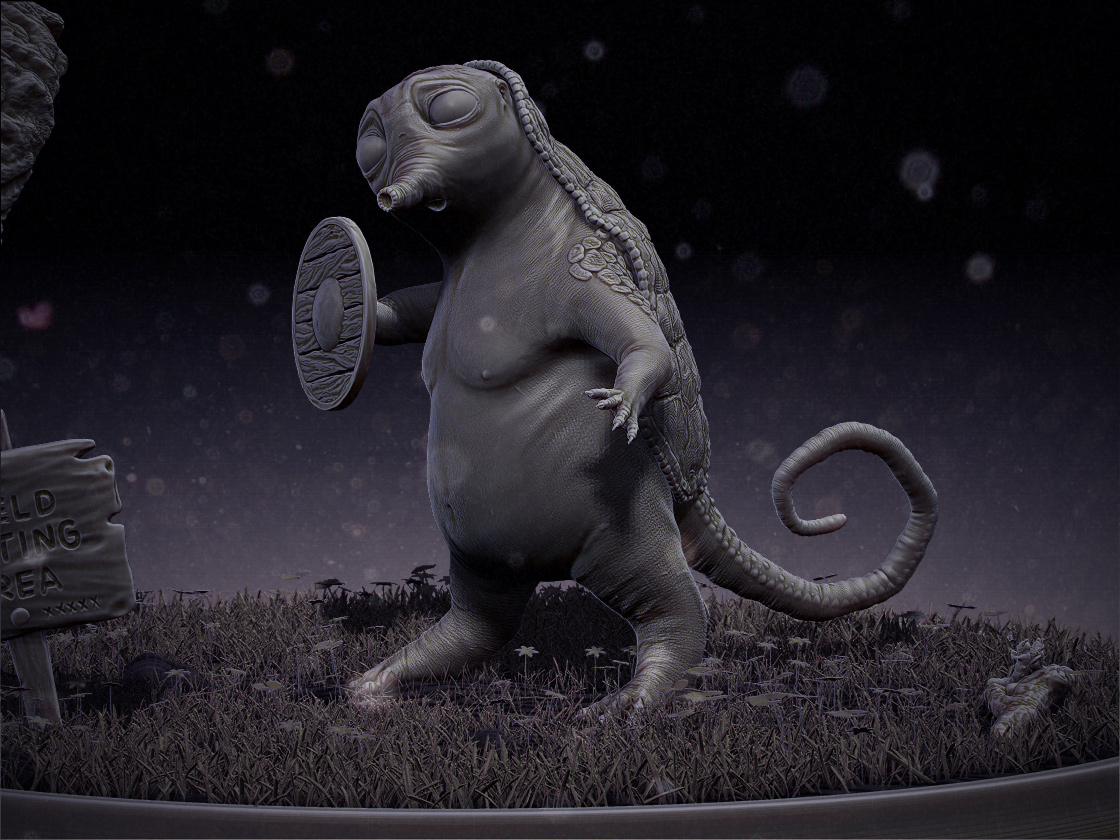 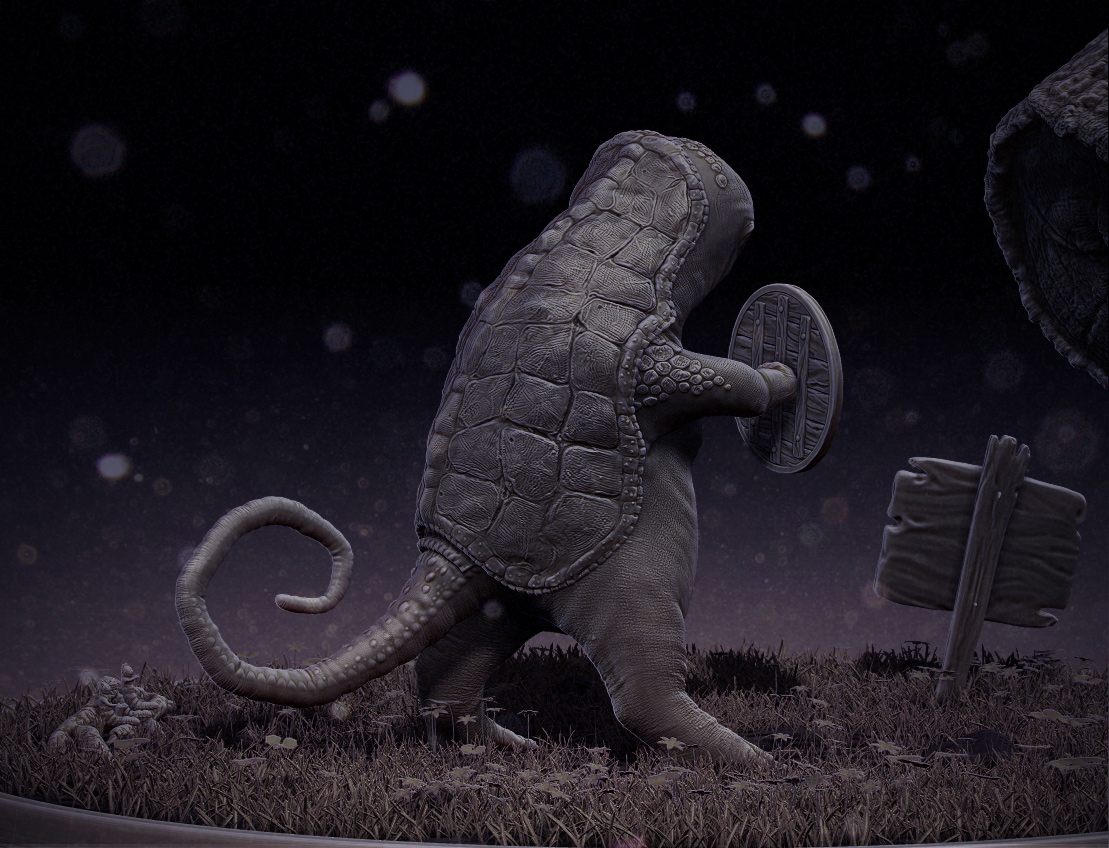 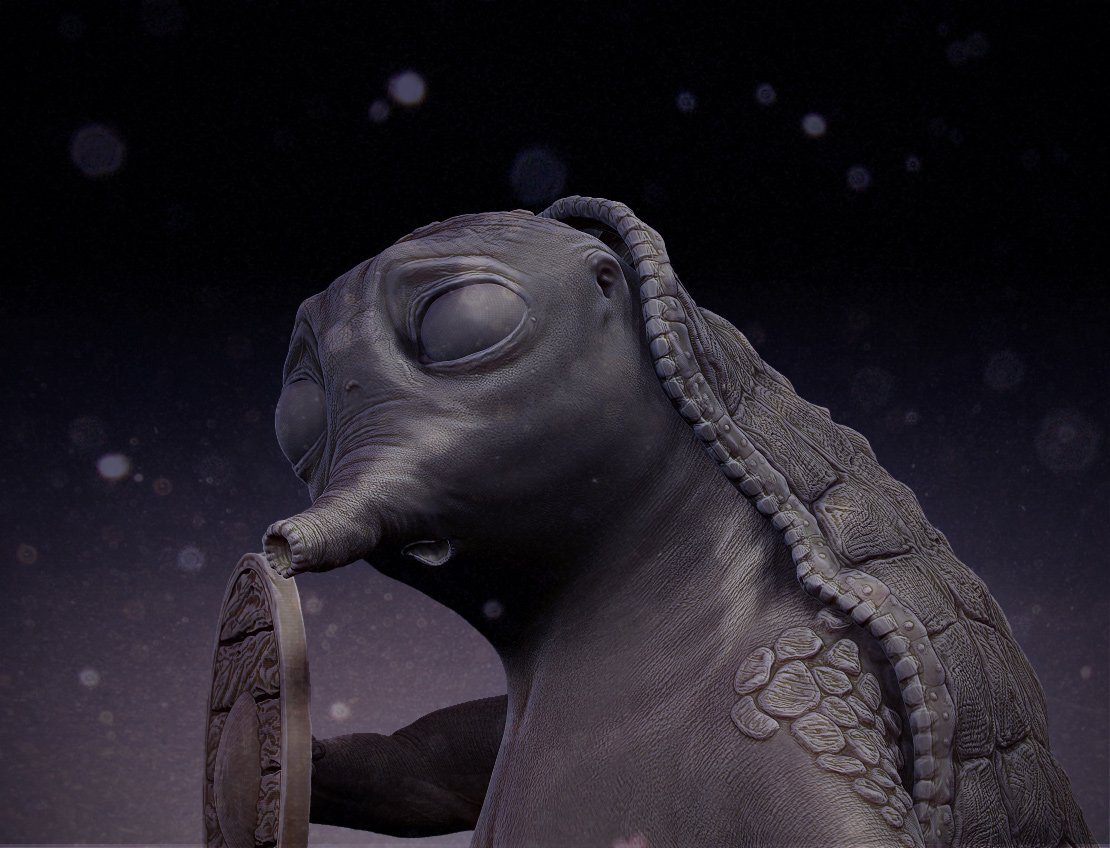 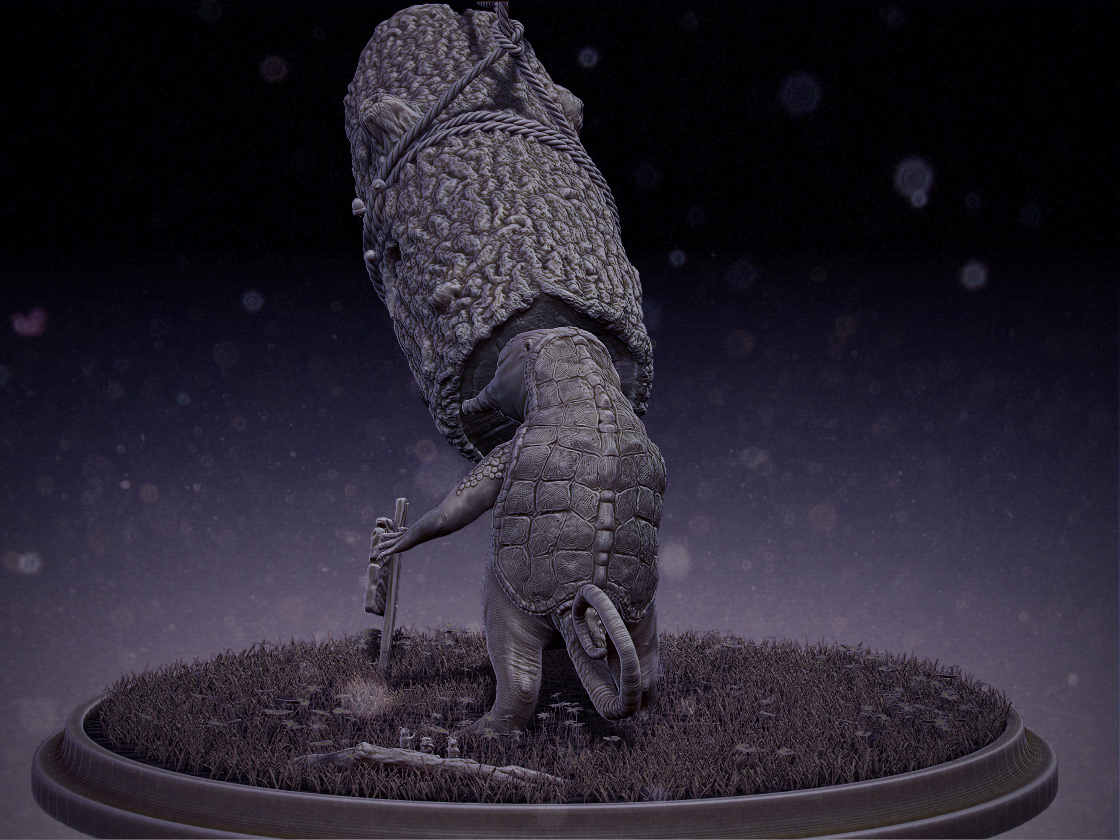 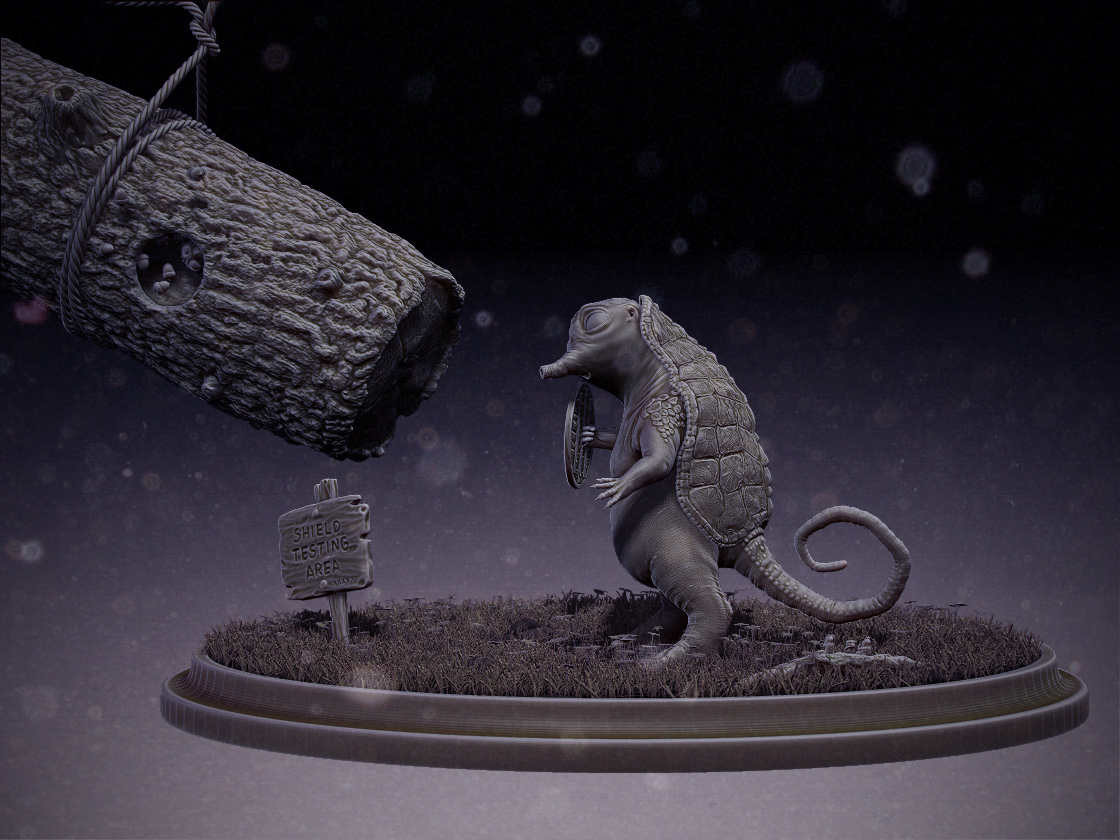 These guy's love shield testing days, they are always so entertaining! ![Stipe_green_010.jpg|1100x848](upload://cwpxwHGctVTjTdVfDRYk4aDVArY.jpeg) 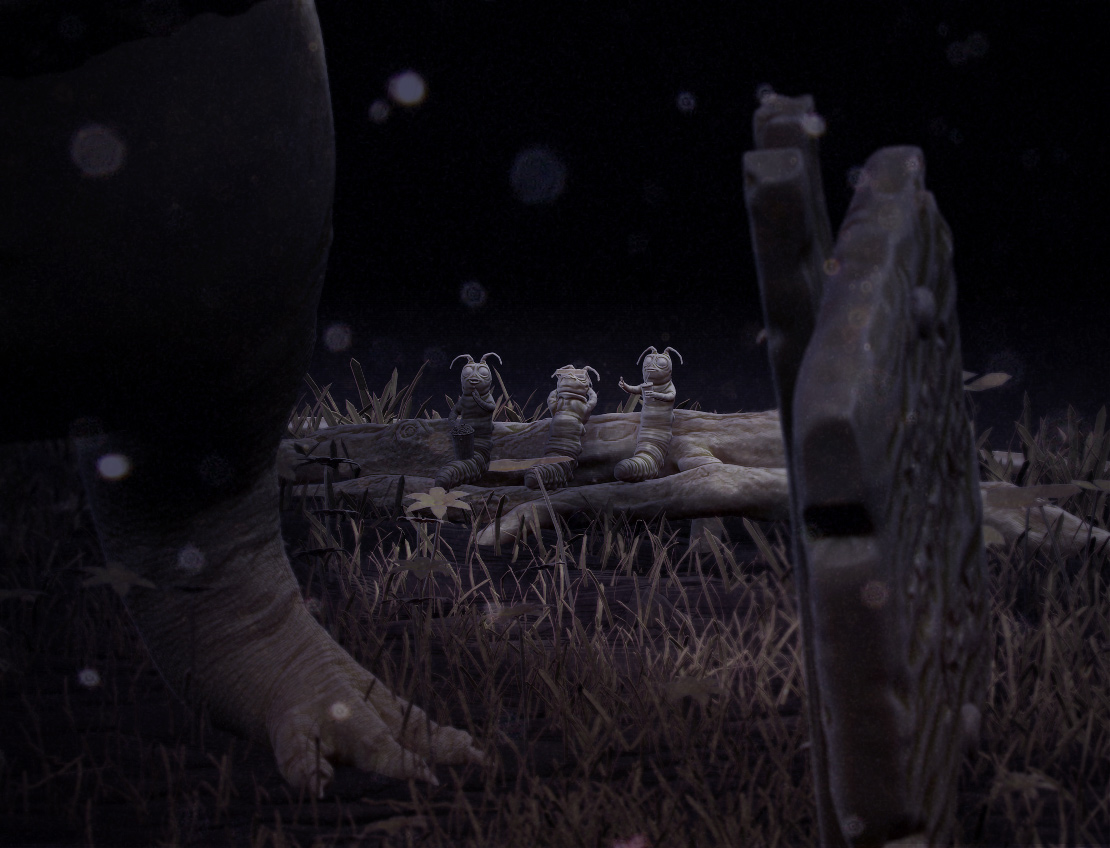 Why nobody told him his tree will be chopped down he still doesn’t understand!! fine example of army’s red-tape! 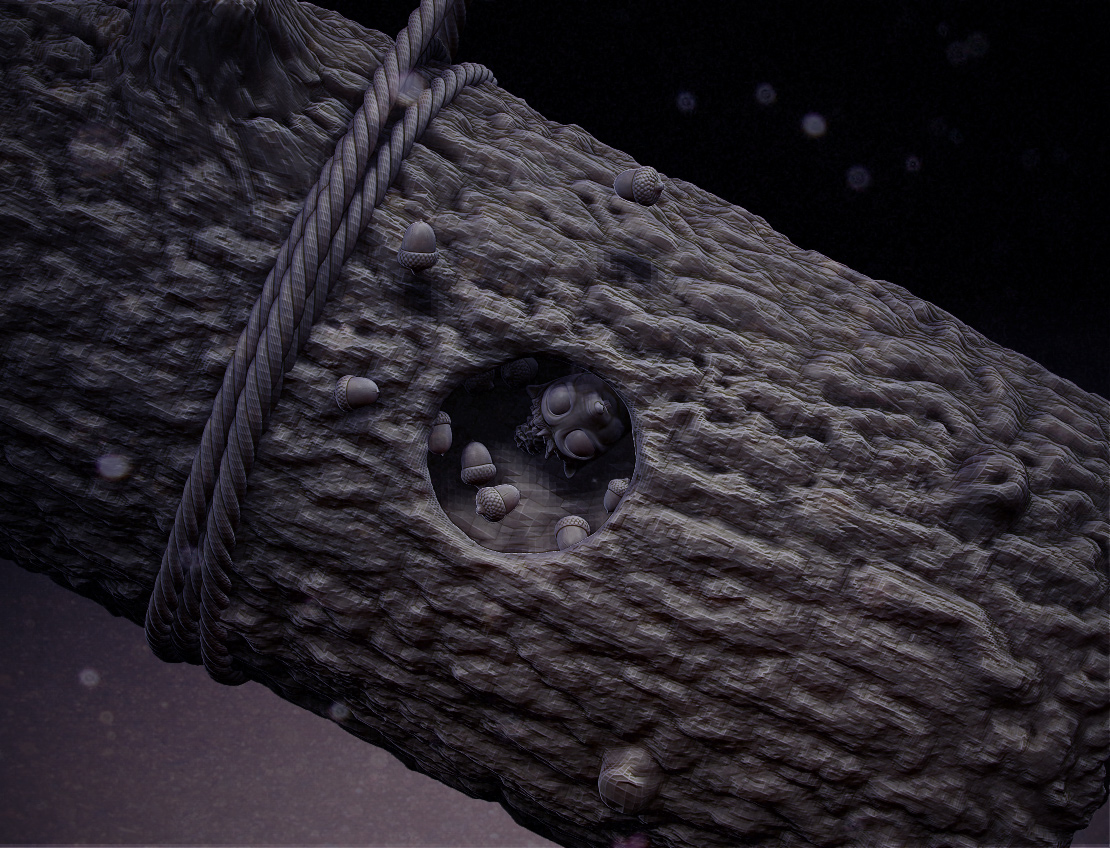 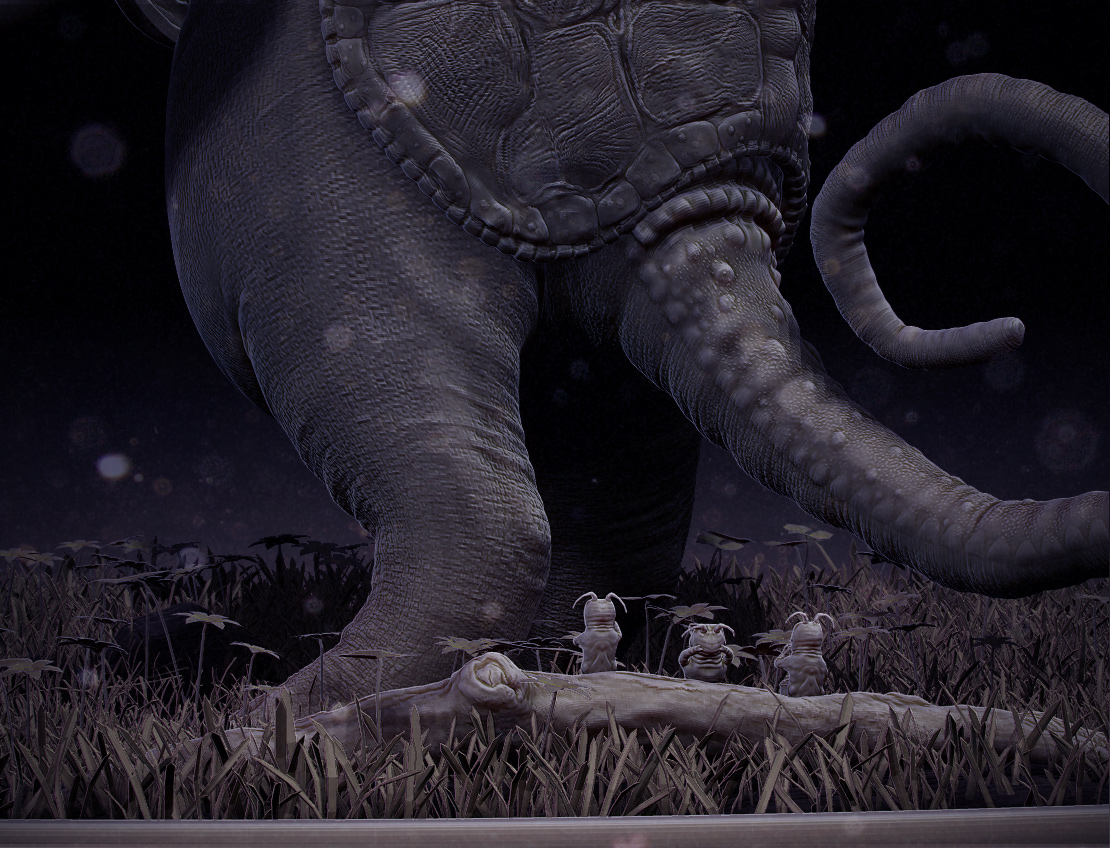 This is great haha! Love the little ones watching. Lots of detail and nice presentation.

Nice rendering, do you mind posting a how to of the “dust” blurry effect? is it all done in photoshop?

Fantastic creation. the composition is really nice as well. did you alpha on brushes for the scales only?

tnx for the comments! so happy you like it!

nassosa- tnx! regarding the particles, just photoshop, quite simple! two photos of dust, one with screen another soft light blend mode, with a little opacity n color tweak

One photo is a bit more yellow and has more dust particles, other one more bluish and less particles. The yellow one I erased a bit using the object’s alpha as a mask so i can lessen the effect and color change over the object. That’s more or less it. SuperHer0- tnx! which scales do you mean? i used alpha on the brush for the skin’s texture, and some other parts like scratches on the back shell.

here’s a turntable of the whole scene!

In short an excellent job!!

tnx for the comments guys!

in the spirit of Halloween, here’s a skull study! hope u like!

btw Ryan Kingslien rulez! The first couple of videos of his facial anatomy class are free, i highly recommend checking them out at
http://www.zbrushworkshops.com/anatomy-of-the-face-promotional-1?awt_l=J.PtY&awt_m=L6f4qFuA.atdZV .I hope i’ll get a chance to see the rest of them soon!

Great study, and a great render!

THis is really nice…!! I also made last couple days ago… I will upload it… btw how to do its render , I’d really like to know that if you don’t mind ^^

hi papagersi! No problem, the base is a simple setup, using a pritty basic Zbrush material (a few PBR filters, with wax turned on with a small value to try and get that sss feel) and an AO render.
I love playing in photoshop with different blending modes and render passes and color corrections, you never know what you’re gonna get!

really nice work! lots of thought put into the shot. keep it up!

How did you make the grass and little flowers? Are they made in Zbrush also?

hello, your skull model is really good.
i’ve also done one, mostly in xsi now, but will touch up in zbrush.
where did you get your ref. mat? i used several medical/anatomy
books, but there’s always something missing.
thanks.

tnx for the reply’s!
penguinvisuals- the grass and the flowes i made in Lightwave3D, just a simple model that i cloned around.
harapuzo- outher then usual reference material (google-male skull), i reccomend this page of Selwy, he’s a really awesome face sculptor- http://www.selwy.com/
There’s a skull in there you can download as well, and study all day!