Hey guys. Been quite a while since I’ve posted.

I had been working on a figure for Industria Mechanika off and on for a while. The concept was done by my good friend Adrian Majkrzak.

A big feature I used in Zbrush was the Transpose Master tool! That tool was very instrumental in getting this guy done. We were trying different poses so I used it to mock them up at low resolution. Then in the final I did fully sculpted arms/legs mirrored in X and then I used Transpose Master to put them into place matching the demo model. Then I sculpted back into it and fix it up to look natural. The craziest part was his arm being up really high and holding the gun. As a game modeler I don’t deal with that sort of thing too often. But Transpose Master got it into place and then I just had to fix his elbow and sculpt back into areas to make it look proper for a raised arm.
A lot of the hair was done with lazy mouse + spiral tool. Gotta love spiral tool. I highly recommend it.

The kit is for sale over at Industria Mechanika. It is available here : http://industriamechanika.com/shop/index.php?main_page=product_info&cPath=3&products_id=51
They do awesome stuff!!!

A full set of renders are here : http://www.pseudo-pod.com/temp/BlackMoth/blackmoth.htm

Some renders and key 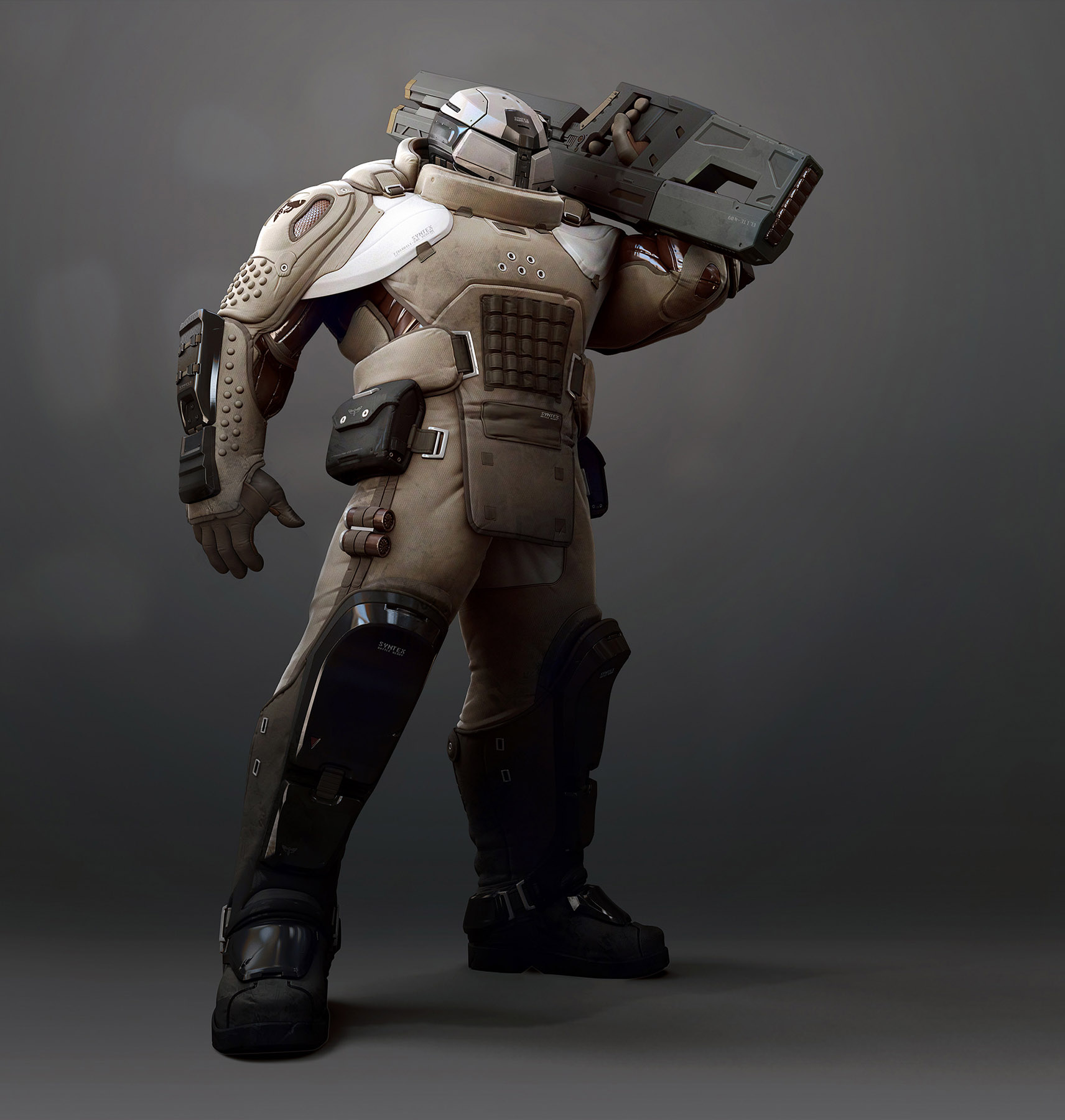 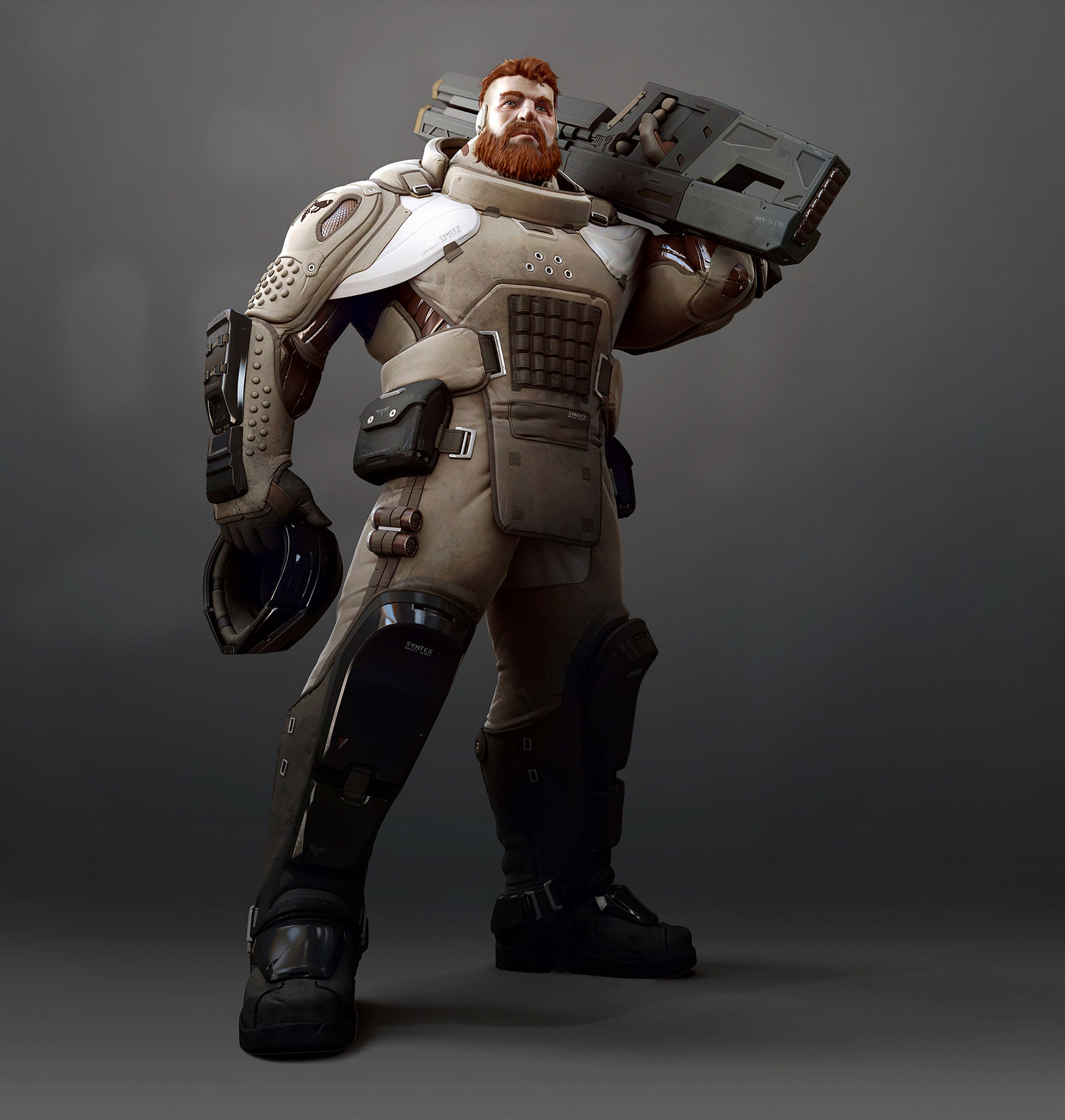 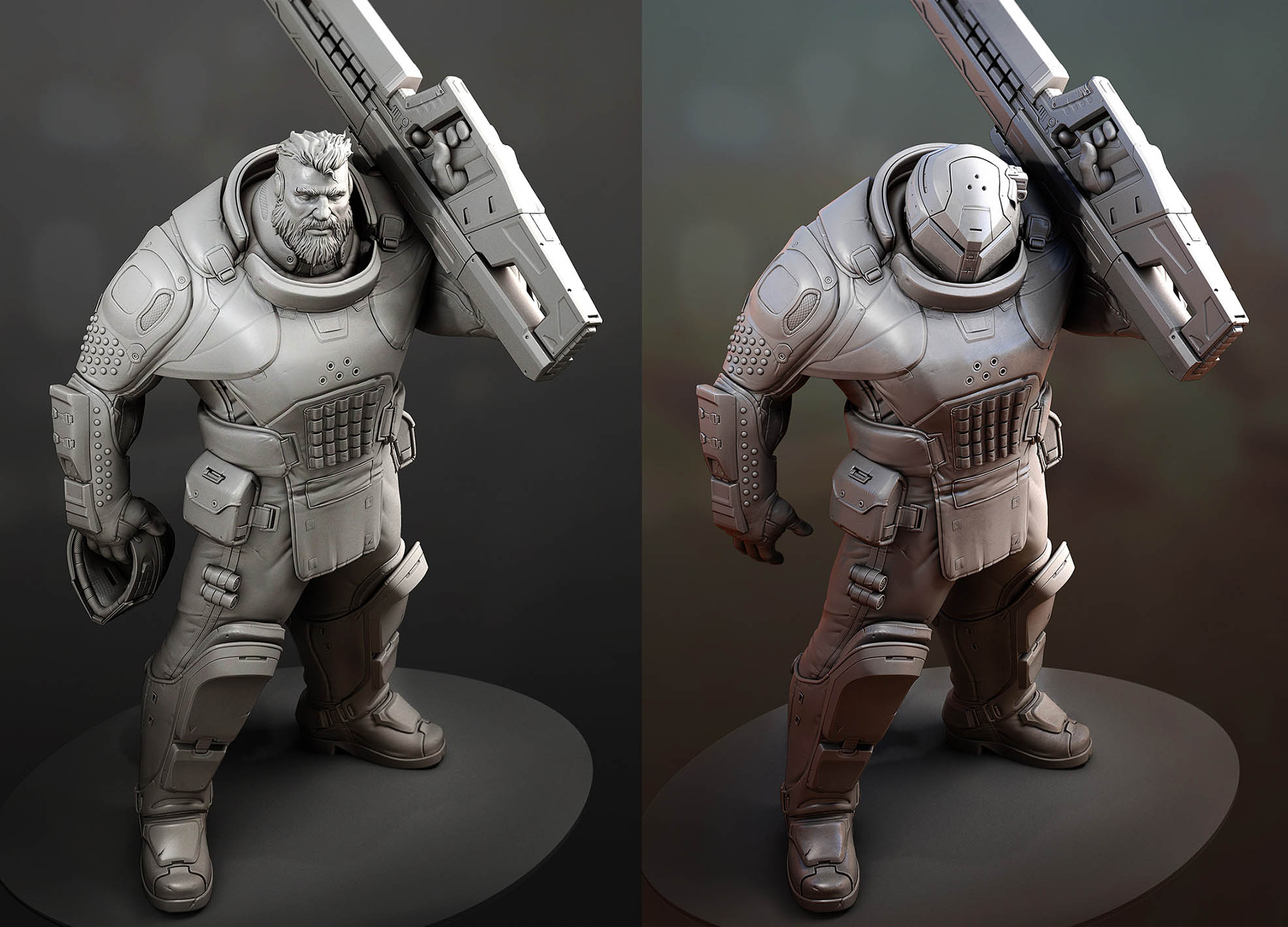 Love the design and sculpt. The only issue I have is how much his head is ‘squashed’ when the helmet is on!

Love it! post some timelapses if you have any. Cheers

Oh wow, that’s one of the very best pieces I’ve ever seen on here, and that’s saying something! Absolutely awesome work.
I’m currently having to work with transpose master on my Mech Pilot/soldier and I hope I am able to have some of the success you have achieved here.
Top work

nassosa: I wish man. The work was broken up over a long period of time and was pretty rough. Sorry man.

Zeclipse: Awesome! If you run into problems the work around is to save a file that is set up how you want it to transpose master. Then open up LightBox and then open up one of the projects in there. I usually just double click on the dark cube in the upper left. Then I just hit ok and it resets everything. Then load your model back in and hit Transpose Master. If you don’t do this then it is possible the Transpose will fail when you go to commit to it. I’m just giving you this heads up cause I ran into issues and had to post about it etc…

higginsdj: I know man. I agree. I wasn’t going to do a non-helmet version myself…
It was a post-concept thing and we just made it look “cool” instead of “proper”. :/. Proper looked really bad either way… Helmet up/bigger or head down/smaller. Artistic lic. going on there and we all agreed to do it.

Thanks very much for the tips, i’ll definitely be taking those into account when i get into posing my soldier.

Thanks guys!
Ikameka: Thanks man.

I broke down a few things I did on the project plus some renders.

I’ll post some pics of the Resin Kit soon + a Turntable. 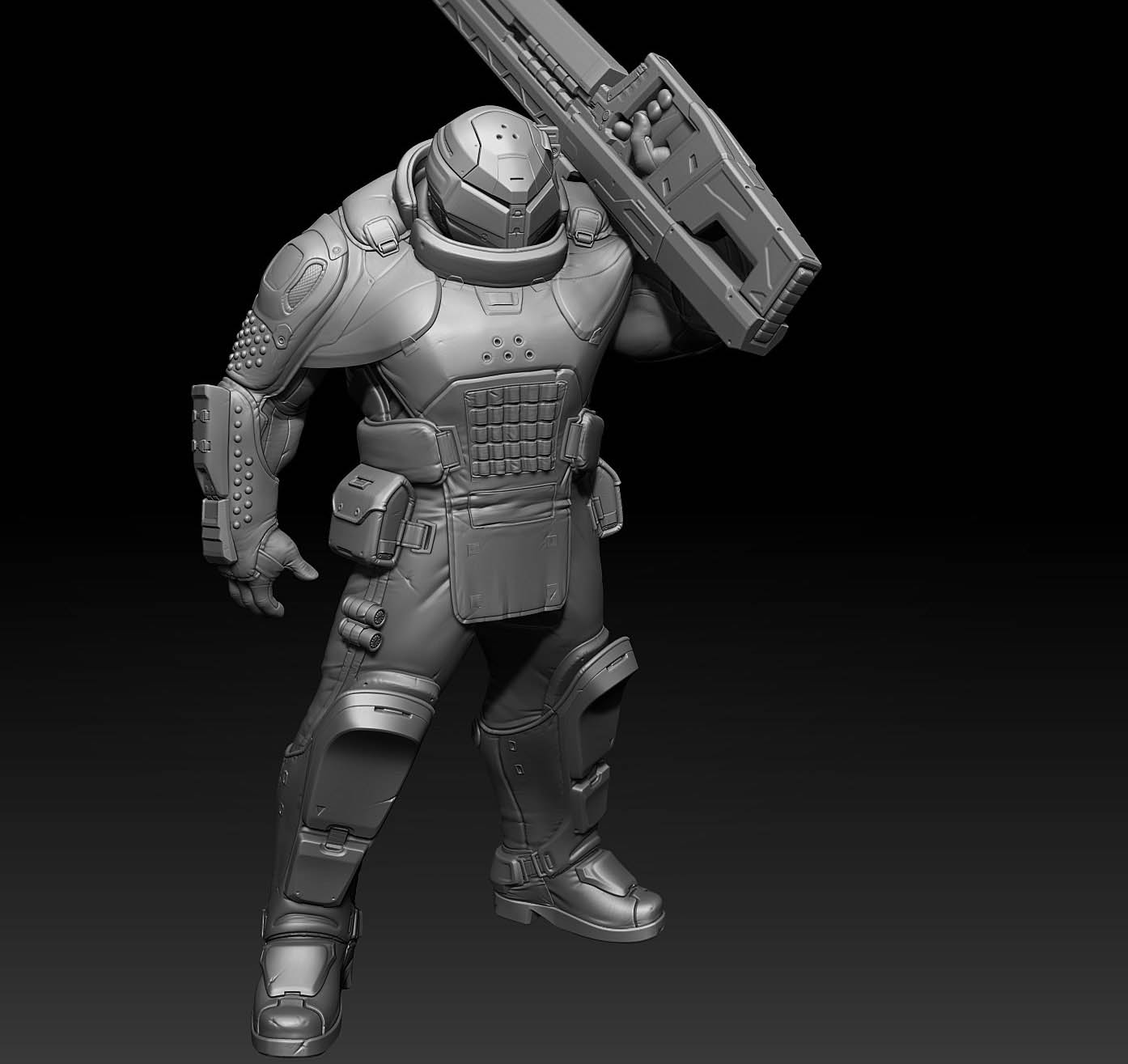 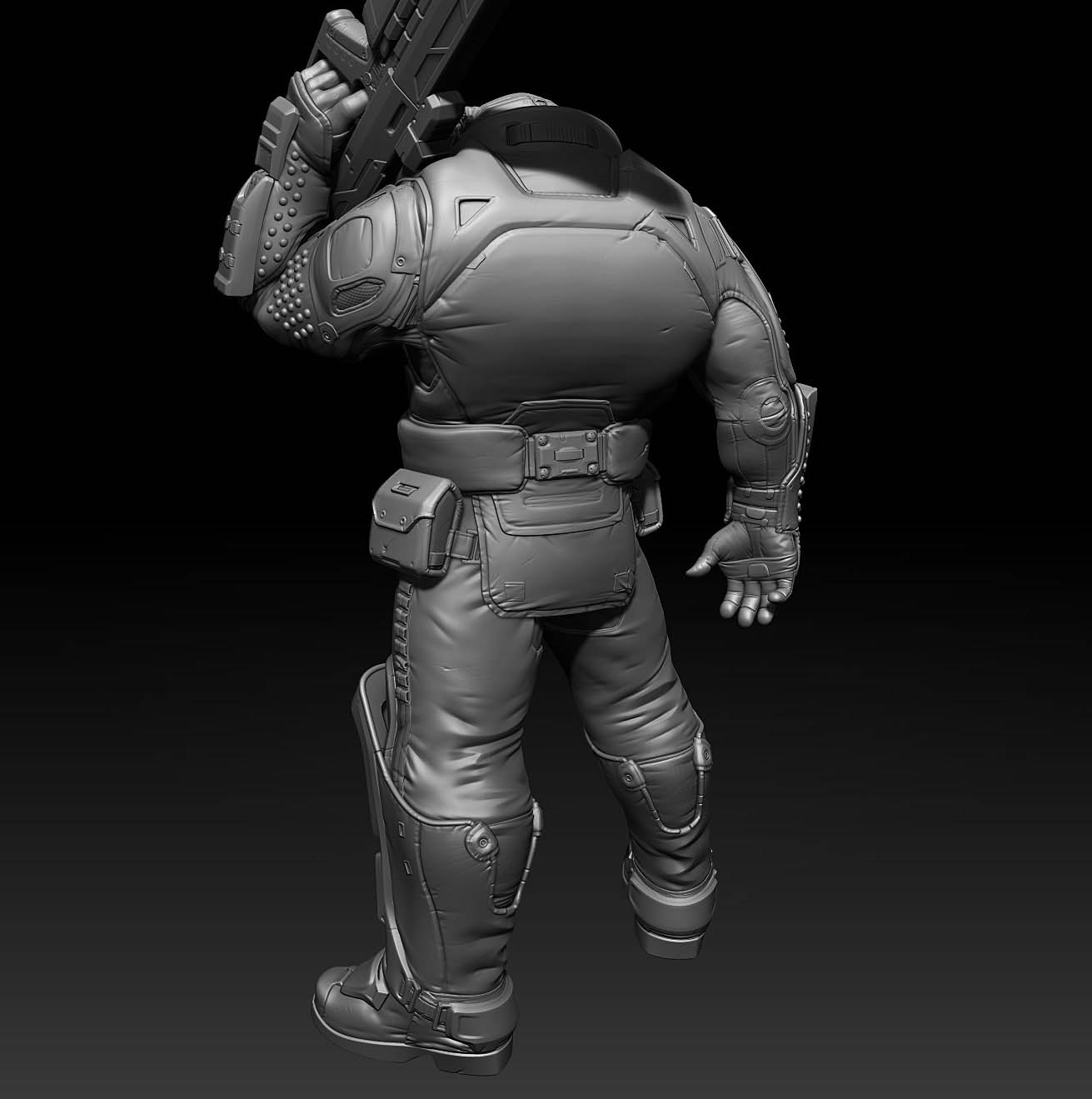 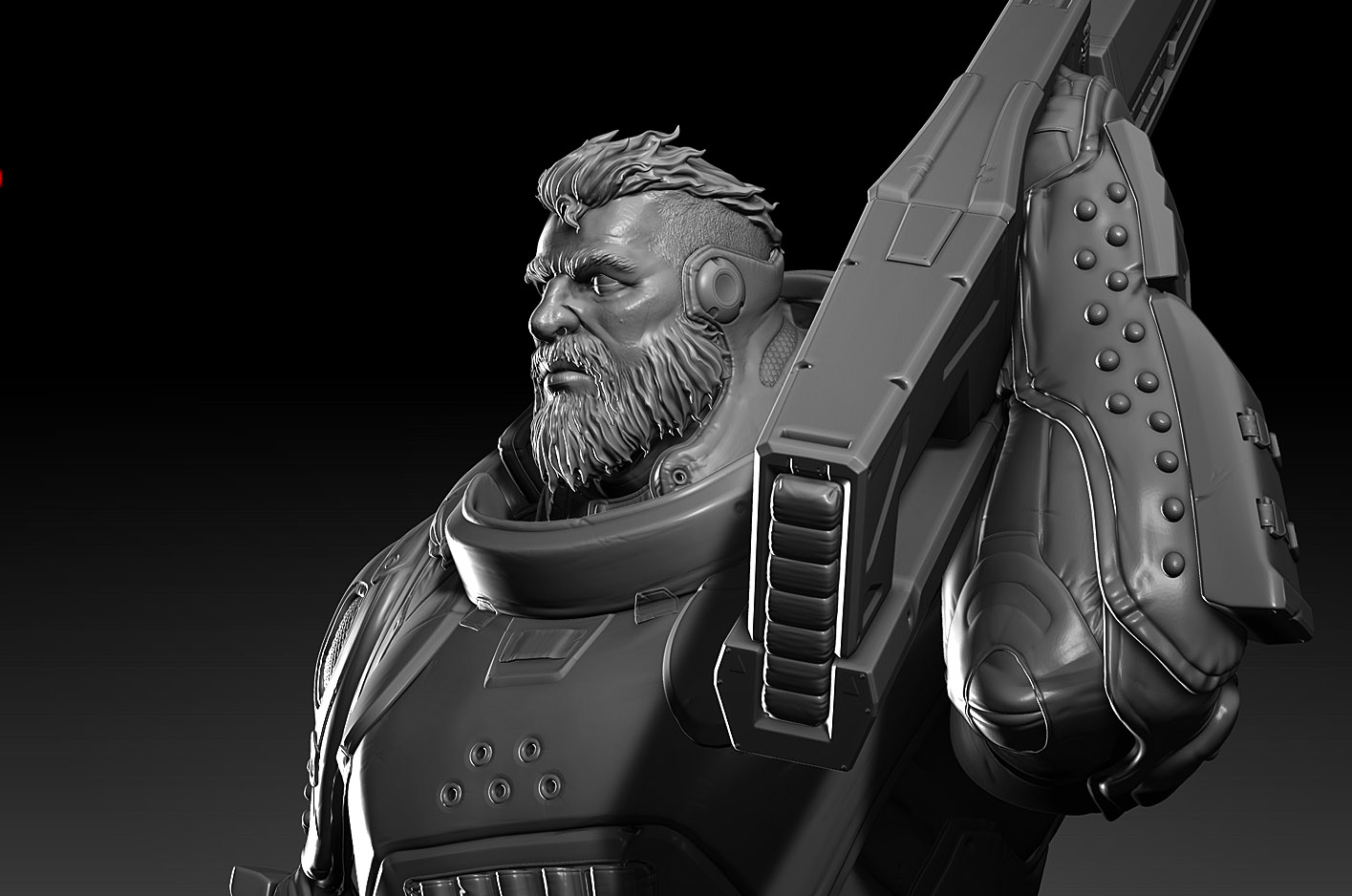 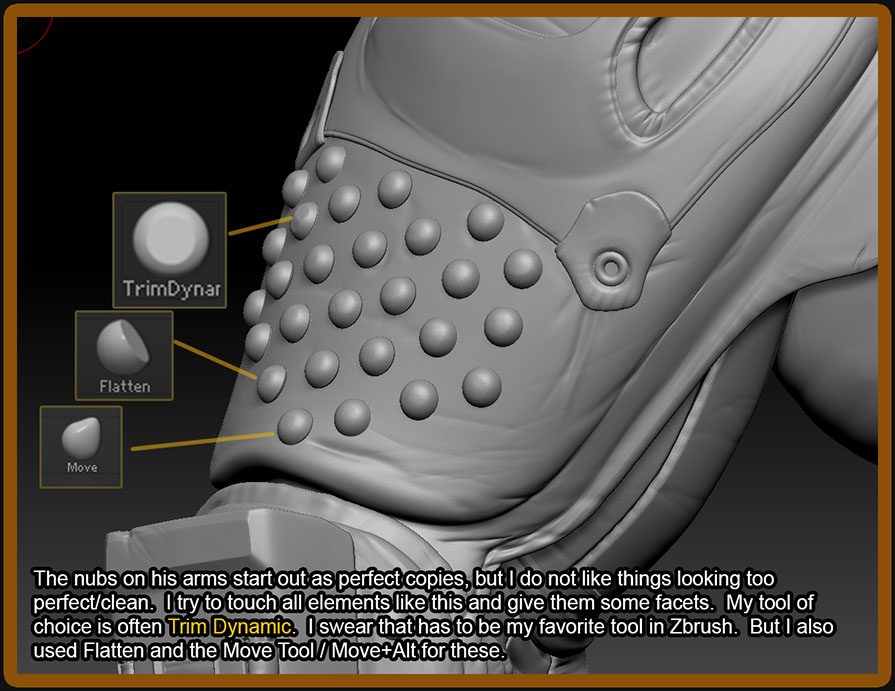 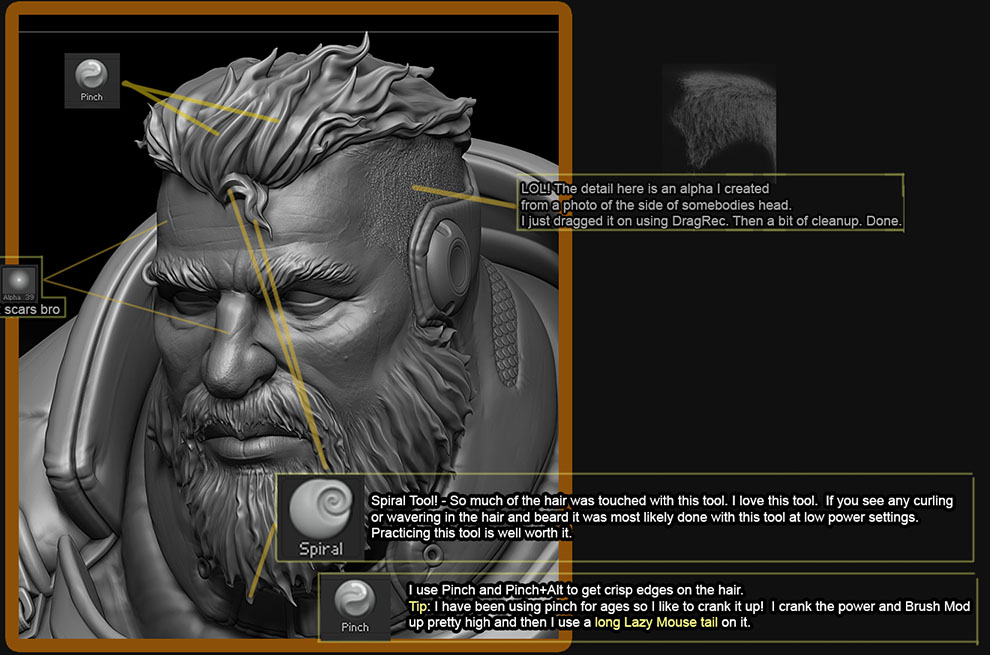 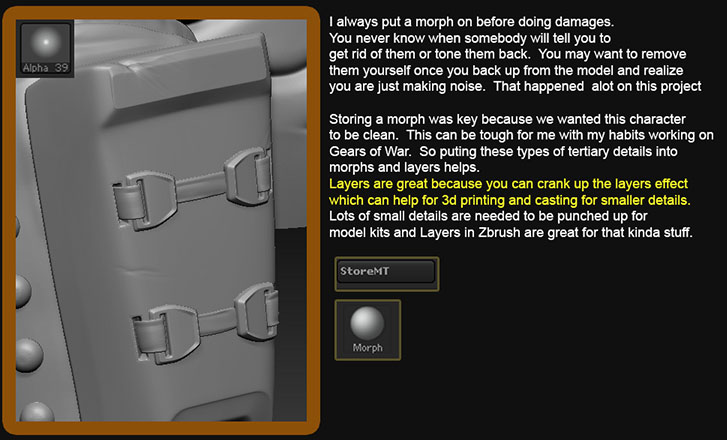 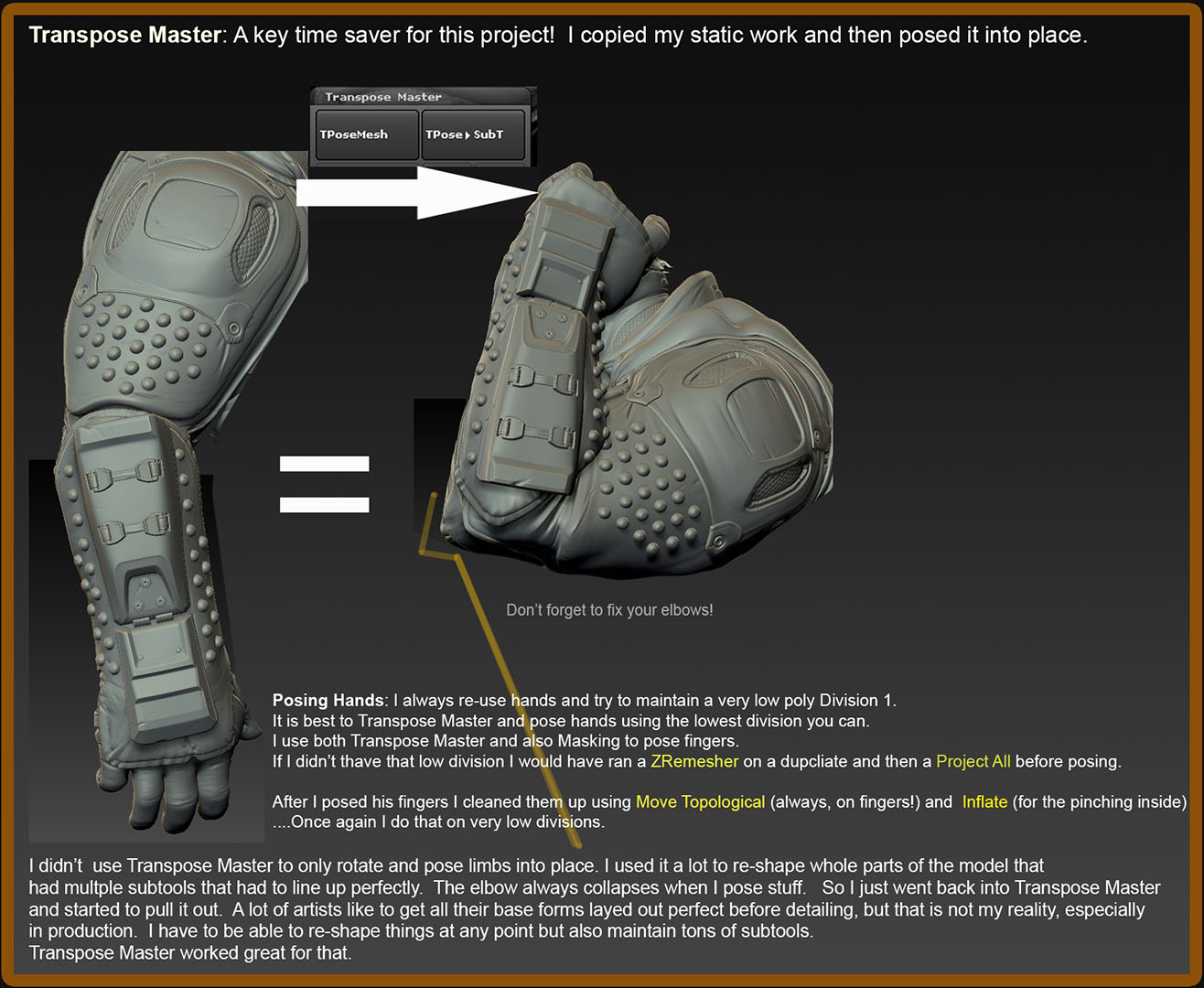 Some of the renders I used above use these settings. 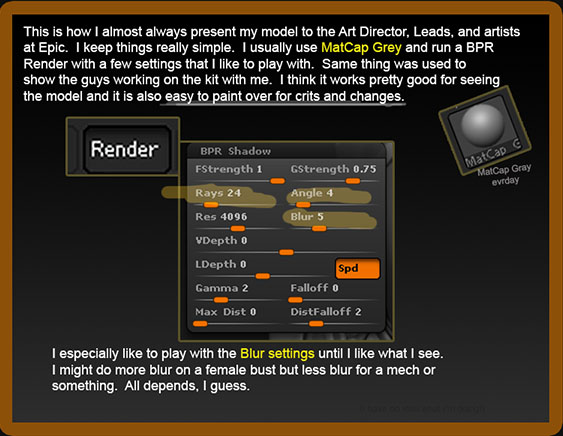 Awesome model! And thanks for all the expert tips - simple yet effective!

You really nailed that one. Very true to the concept.

and looks like the print came out great. very nice and chunky look to it!

hello, i really like your work…so excellent. Can i ask you some tips for the zbrush workflow ? My big problem in zbrush is when you posing a character…How can you modify the scult ? (you loose the symmetry)You go back to the Tpose and retranspose? or put the poses in layers ?. For the second, i always have problem to modify because of the layer, i need to create another layer to scult and whn i active/deactive layer pose it’s break the model ;)))Thk for your response.