From the moment you saw that first teaser with the wind-up toy fish flying across the highway, you were probably intrigued by Rango – the smash animated film starring Johnny Depp as its titular hero. Released on March 4, 2011, Rango has been a terrific success. In fact, it’s the highest-grossing film of 2011 worldwide so far!

A large part of the film’s success is the artistry behind it. George Lucas’ famed Industrial Light & Magic took the helm for the movie’s animation, with a result that Roger Ebert described as “respects the tradition of painstakingly drawn animated classics, and does interesting things with space and perspective with its wild action sequences.” There is no doubt that Rango has a visual style all its own and Pixologic was thrilled to be able to speak with the art team behind the movie to learn how it came about.

We hope you enjoy this special look into the artistry of Rango!

Please join us in thanking Geoff and his entire team for their time sharing in this interview, as well as congratulating them on a job well done! We certainly hope that ILM will be doing more feature length animation in the future.

Thank you also to ILM and Paramount Pictures for consenting to share this interview with the ZBrush community. 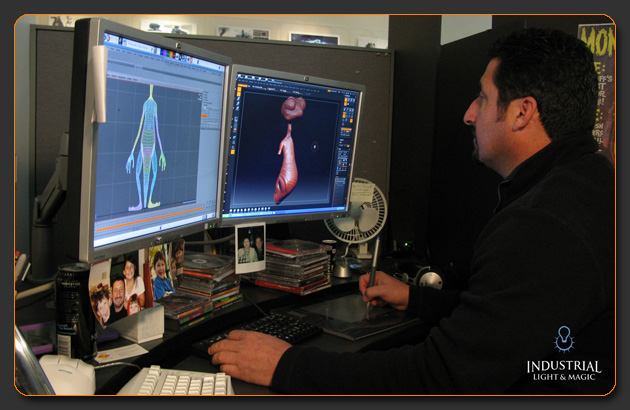 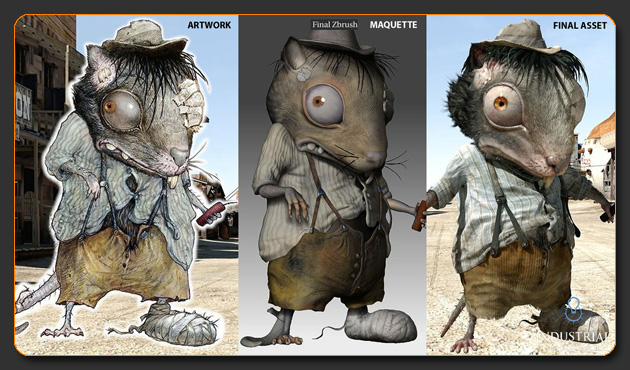 Super cool…!!! and the movie rocks. What a joy to read. Thank you so much.

Edit: Page 7, What do you like to see or look for in a demo reel?
Geoff’s answer is the same text as what’s written above the question.

I just love the characters, not only the design but their personality too. The entire look of the movie is absolutely stunning and a nice homage to the “spaghetti western”. The amount of detail is insane but very well balanced. Great interview, thanks for that!

Really loved the movie. Great interview, Congrats to the guys who worked on this. I loved the bar scene!

I absolutely love this film, thank you so much this this interview

Superb movie, nice interview thanks Pixoguys… ‘And now we ride!!!’

Im missing my credits on BadBill and William furgus... :( I modeled the BadBill base mesh and did the facial blend shapes for him, worked on the displacement on the head as well

Give Me A Break!!!
The Only Images They Could Provide Are The Same Ones They Released Already For The Movie Promo??
Why Don’t They Provide Images Of Their Zbrush Work?

Can, there’s no complete list of credits for anyone. I’m happy I got the credit for the Spirit of The West and The Mayor and really don’t care the other 5 characters I modeled were not mentioned. Your name is there dude, be proud. Now go ahead and post on your website the name of all assets you built

Truly appreciate the time and effort the staff of ILM had to share their work with the Zbrush community.
siyukalebtao July 3, 2019, 10:46pm #18

How are the scales of Rango in Page 6, especially along the mouth arraged tilable, so naturally? How to apply alphas nice and clean?

Can, there’s no complete list of credits for anyone. I’m happy I got the credit for the Spirit of The West and The Mayor and really don’t care the other 5 characters I modeled were not mentioned. Your name is there dude, be proud. Now go ahead and post on your website the name of all assets you built