What an honor it was to be a zbrush2019 beta tester!!
Zbrush has been a life changer for me since day one.
Althou it’s been like 9 years I have been using it and 9 years since I made the jump from traditional sculpture to digital, it is still like playing with magic every single day!

Thank you Paul, Joseph, Jaime, Pixolator and the rest of the crue for this amazing tool and for allow me to play a small part in the 2019 try-outs!!
Go Zbrush! Go Pixologic team!

After the first meeting, I decided to try the new folders option, so I went for a three figures design. I worked it as it was meant for a collectible, there is where I come from, don’t ask me to go besides my confort zone. And picked an idea I had for a long time but never made the space to do it; a tribute to 3 of my favourites writers: Poe, Lovecraft and Howard.

I created four folders, one for each figure and one for the base elements.

I also wanted to try the new and imporved zremesher, so I used three heads I did with zbrush 3.1 a looong time ago. The new zremsher was pretty appealing as I work with Marvelous Designer to do the clothing, and when the objs are imported to zbrush I need to have the meshes with thickness. So after working with the imported objs, cleaning some ****s and acomoddating them to the figures, I do a negative extraction to have that mentioned thickness. I do a dynamesh and work on it to almost achieve the final look. The new zremesher allowed me to keep that edge loop created when negative extracting and once I have the low poly remeshed tool I subdivide it to a proper polygon account to then do a projection and add all the finer details and textures. To have that edge loop is great to keep a sharp and clean edge.

The Lettering was done with an alpha and shadowbox. Aligned to the surface with matchmaker and then with bollean substract. The base was done with primitives. I used some elements from previous models I had and dynameshed and zremeshed them.

Well, hope you like it. And thanks again for this great chance

The piece rendered with zbrush

The turnaround also rendered with zbrush 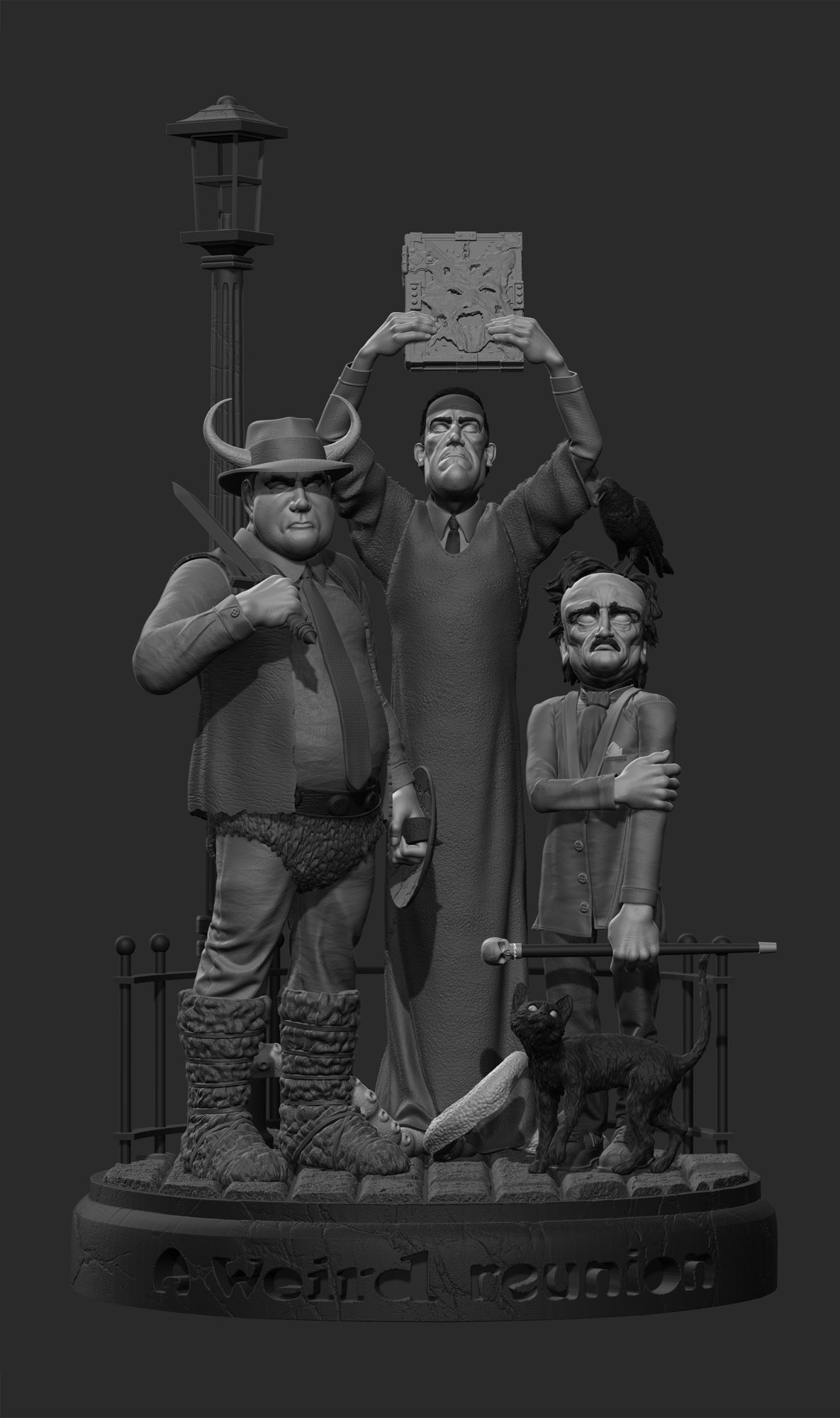 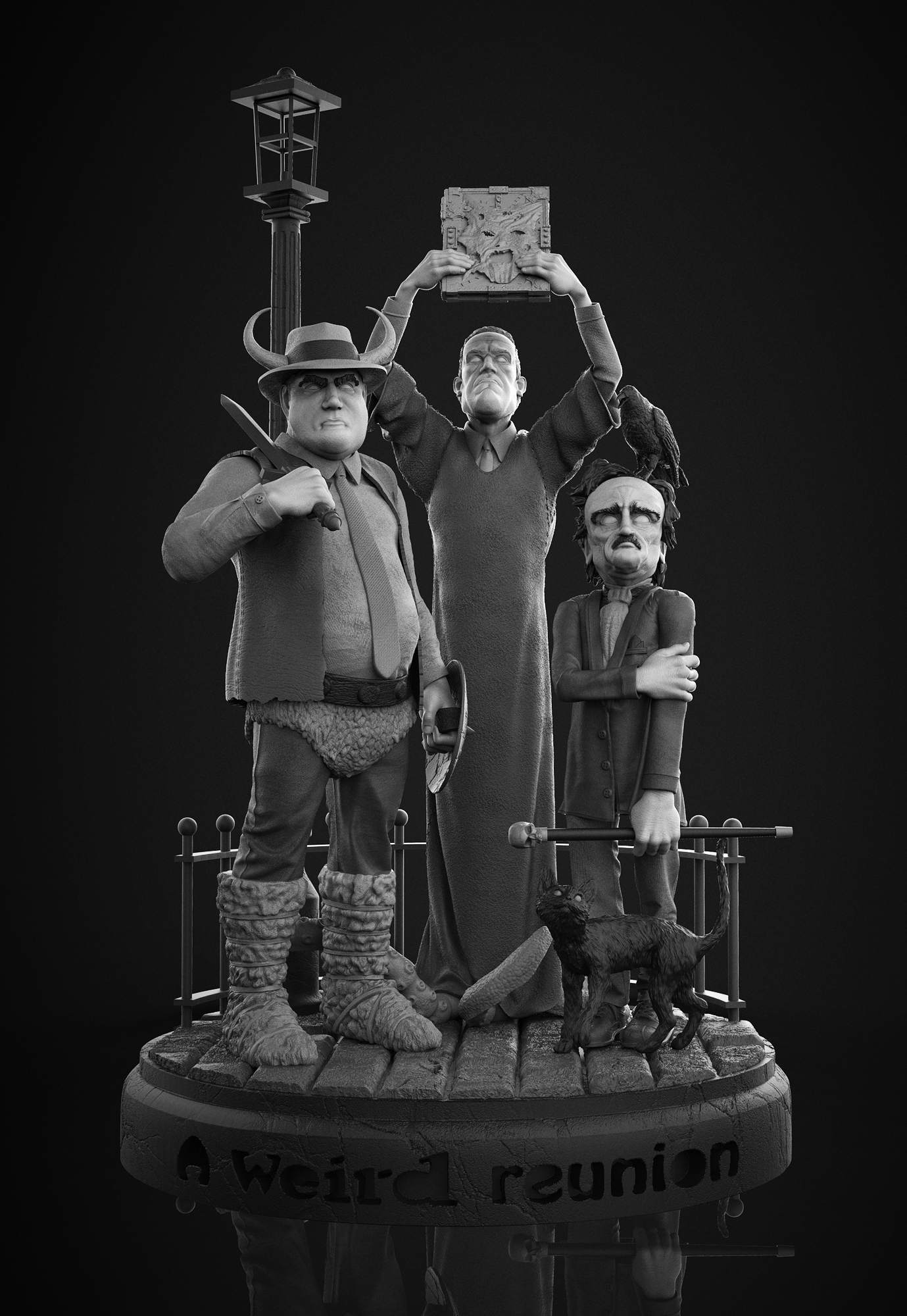