I’m new to this forum but following your awesome artwork for a while now. Because you set the bar so high, I wasnt brave enough to post anything, because it didn’t seem relevant. Now I’m nearly done with my studentlife and created something I’m very proud of and wanted to share with you.

The character I made is a Pokemontrainer called Nebu Ladarque. She is a teenage girl, who lost her parents in a tragic accident. The only thing left to her in memory of her parents, is a necklace of her mother. Her foster parents didn’t get along with her, because she was a loud and stubborn child. She ran away and got lost. Her loneliness and her despair attracted other forsaken souls. These ghost type pokemon became friends with her and gave her new strength.

On Nebu Ladarque on Artstation you can find a 3D turnaround with marmorsetviewer.

Actually it wasn’t clear who she is from the beginning. It began with a quick sketch of a head for a traditional sculpting course. This sculpting turned out really bad, but I somehow liked the drawing and decided to do it again in zBrush. Because this head turned out so much better I also wanted to give her a complete body. After that I wanted to know what other people think about it and got a crit session of UnicornDev a twitch streamer. Her crits helped me a lot and with this I was able to improve my work.

After this first round There were plenty of things I liked, like the color scheme and her hair. What I didn’t like, were her proportions. At the beginning she was planned to be much smaller, more into a chibi direction but I didn’t want to go there anymore. So I changed the proportions.

This is nearly the final highpolymodel, just some small changes were made on her left arm, while I was retopologizing her.

The necklace is still missing, I added it at the end, because UnicornDev stated there is too much skin on the final render. So she gave me the hint to add a necklace, what was great because I was able to add more story to the character. 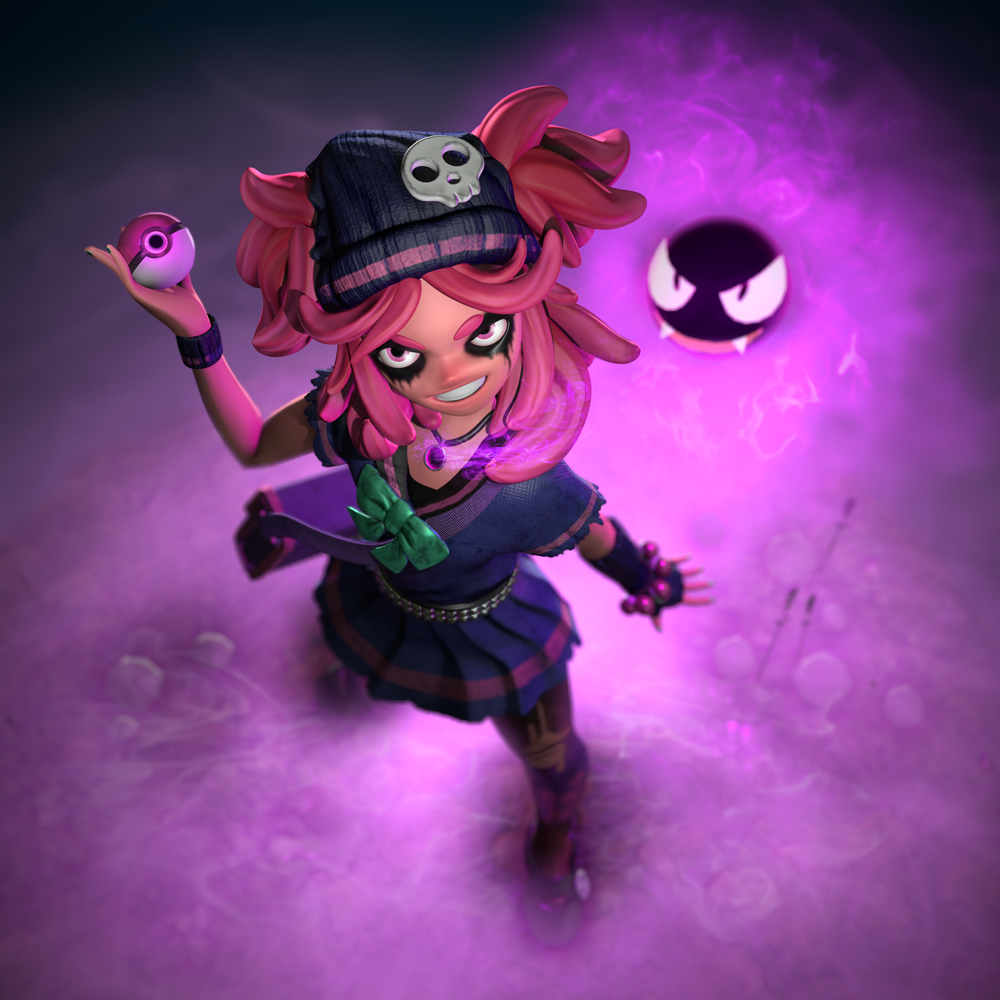 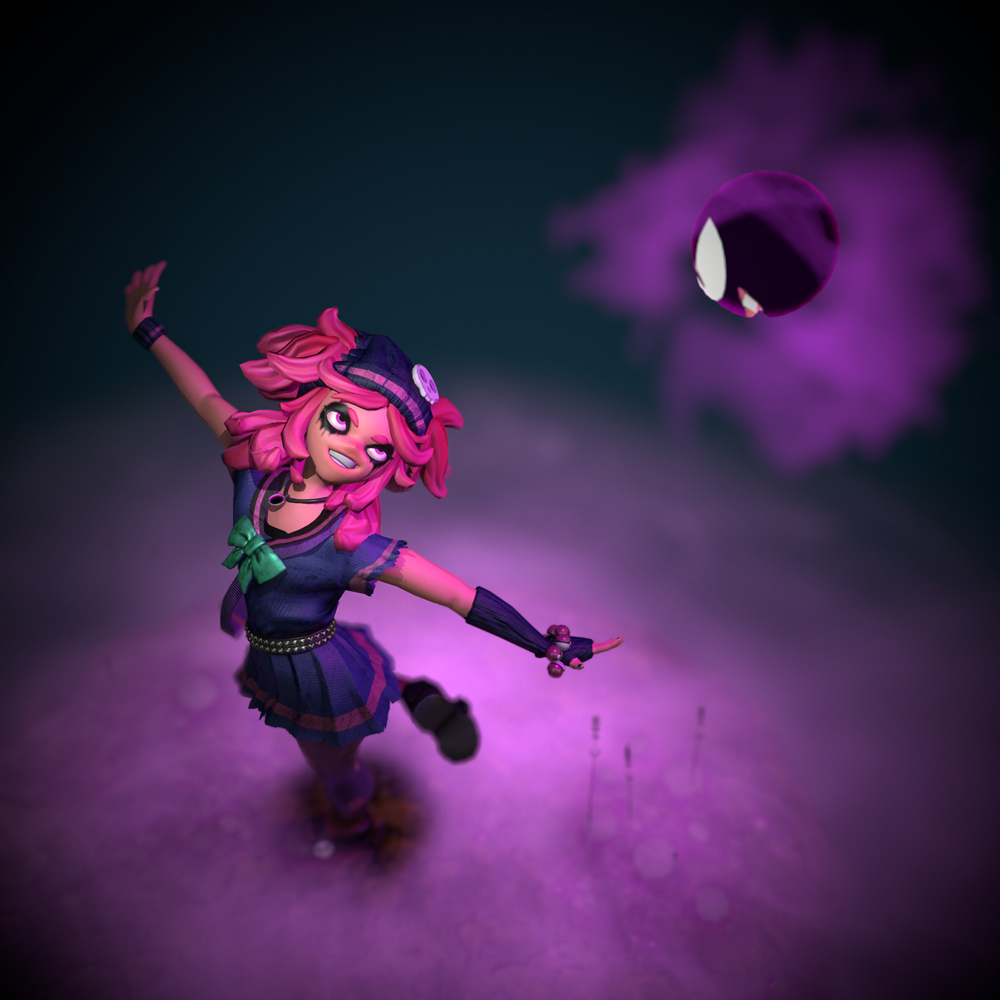 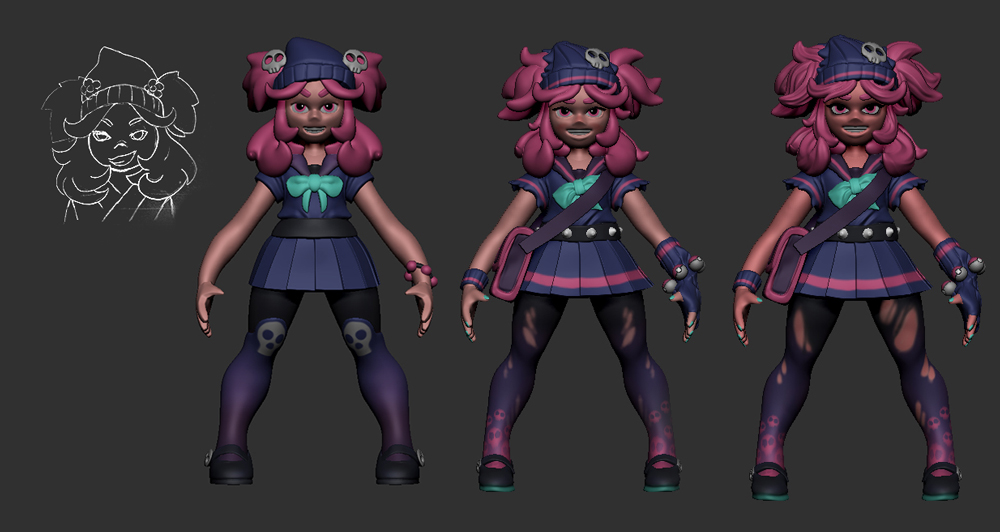 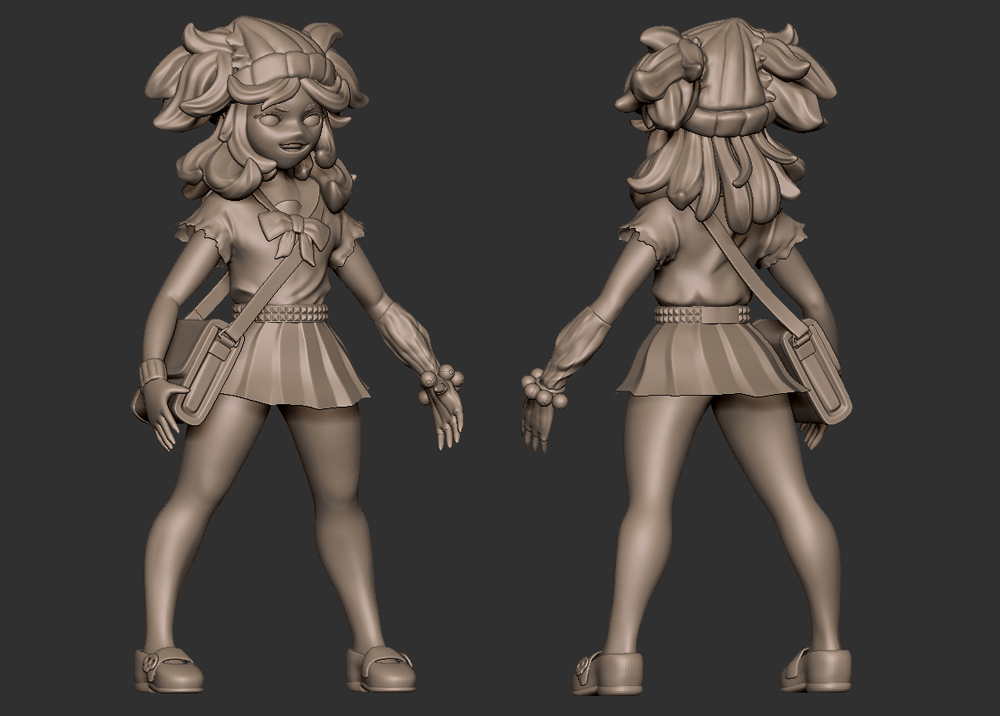 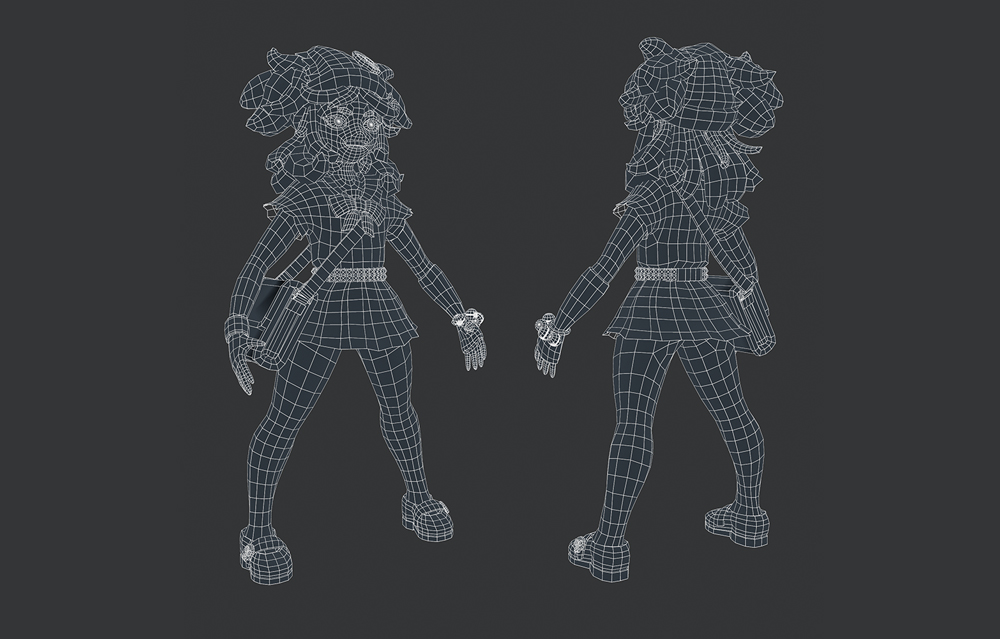 This is my late Artwar entry. When it was clear I wouldn’t make it in time, I chose to stick with the project and improve my skills and push her even further. Here is a Link to my Artwar entry and some progress from the beginning. https://forums.cubebrush.co/t/art-war-3d-su-zazie/1895 The concept is by the amazing Anzka Nguyen. I love her illustrations and wanted to make a sculpt of some of them. ^^
www.artstation.com/anzka