Thx guys, and yes maybe a more dramatic light would look cool on his face.

BTW here is the Zbrush render of the same dude. I’m liking the results lately with the BPR. Amazing what a different light set up can do. I should add that the gun was primarily created using the shadowbox and aggressive attitude any moment he is ready for a fight

awesome characters you made all are my favorite

Great job Jempix, I really like the beauty shot, and nice design on the hard surface.

Cool models and designs, really like the lighting and atmosphere in the beauty render.

It looks like you comfortably sit where I want to be! Skill wise I mean.

truthhunter:
I’ve attached a quick workflow of the gun modeled for the space soldier.
It was essentially done with a combination between shadowbox and simple shapes to create sub objects.

As far as Guy, he was created from a base mesh from Max, the hair was extracted from the head. The belt was made pretty much the same way as the cylinder parts of the gun. It was just reshaped after it was modeled in radial symmetry.
The ring was shadowbox’d, and refined with the planar/clipping brushes.
His logo was an alpha on a plane and then deleted what wasn’t in relief.
The render was pretty much identical to the AMAZO comps.

I hope this helps… if not there are some great youtube tutorials posted by pixologic from some amazing zbrushers. 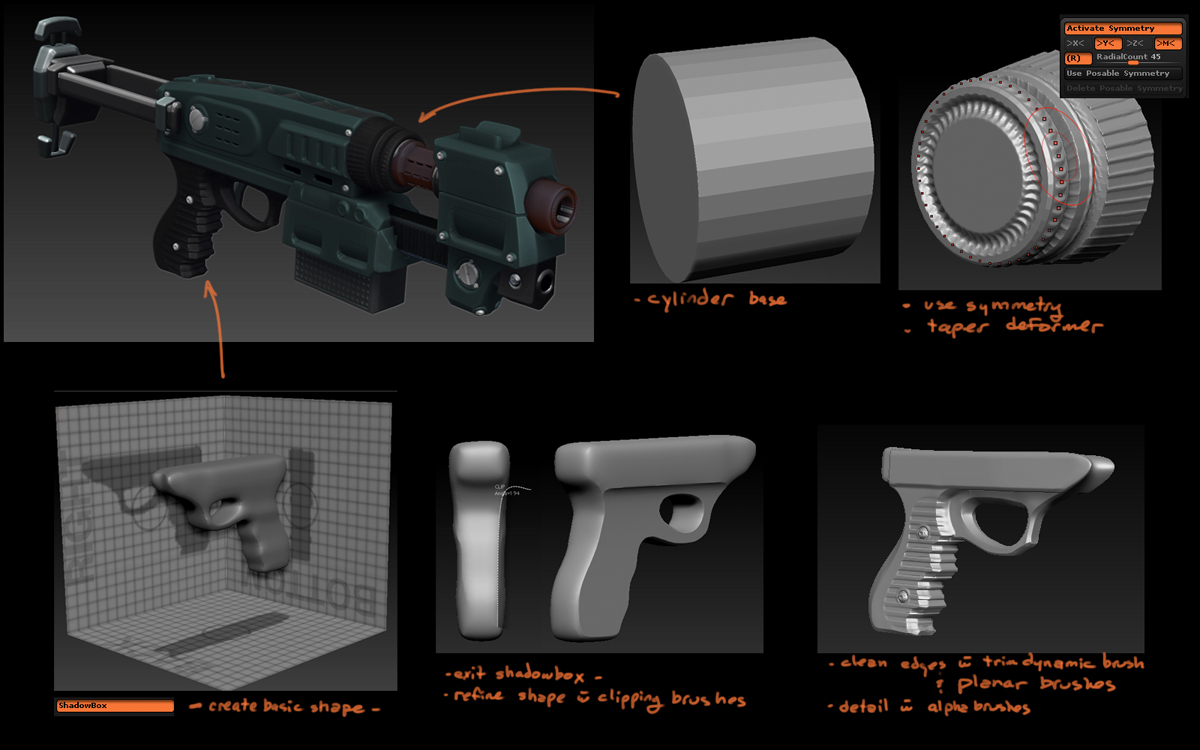 Modelled and rendered in Zbrush. Finished in Photoshop.

wolverine looks awesome! in previous renders version of Zbrush is much better than max, lol :)) even that is closer to illustration but looks more real :lol:

How much is still 3d? Is the hair just painted in Photoshop?

Here is my interpretation of the Dark Knight. 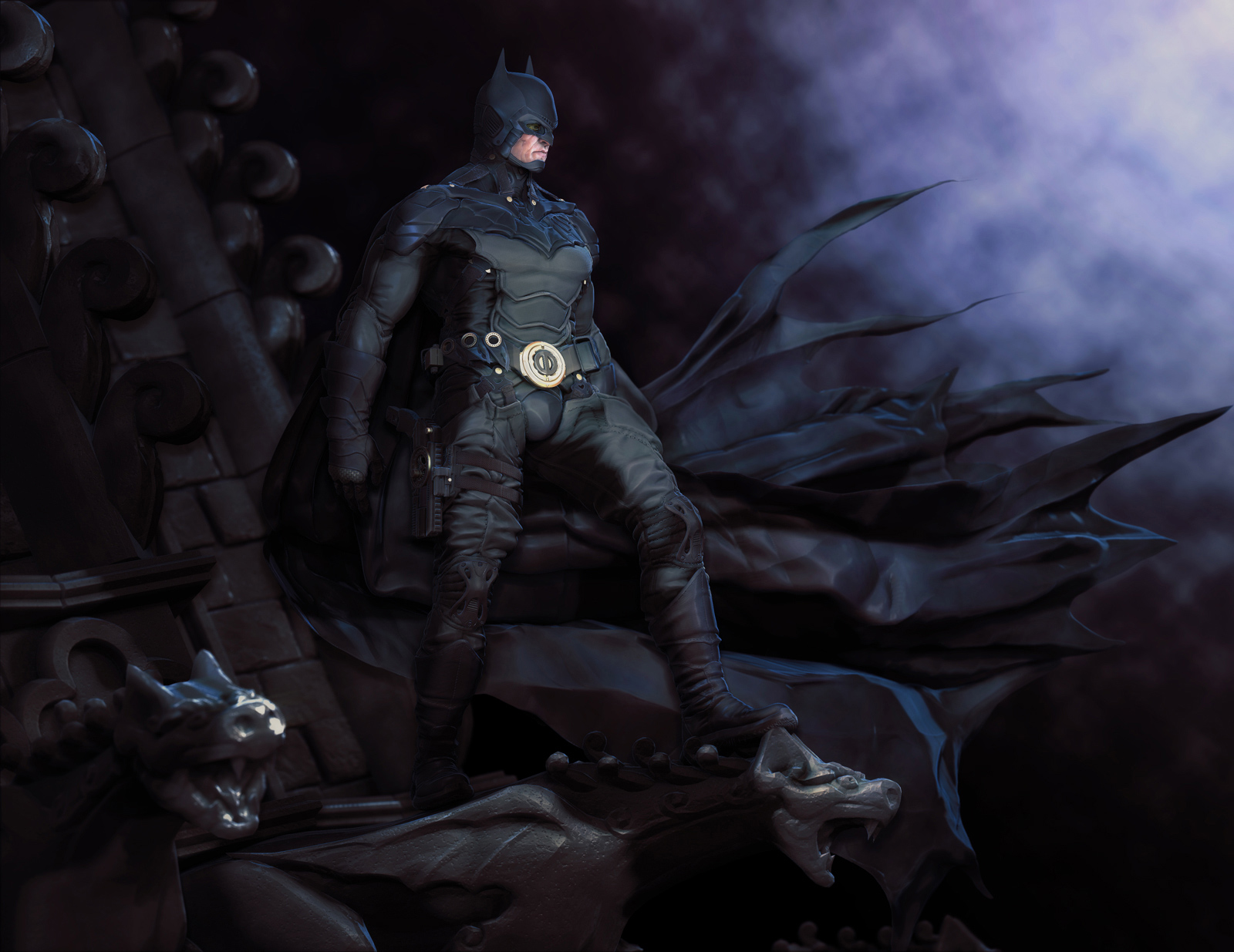 I thought the concept of Batman lent well the the tactical gear look. I started this a few months ago, but it always seemed to get put on the back burner. It was created and rendered in ZBrush. I still might try and render it in Mental Ray, but I am quite pleased with the BPR inside of ZBrush. The passes were comped in Photoshop.
Thx for looking!
j

ur batman looks awesome recently i tried to do a batman n render it in zbrush but i had a lot of problem with the suit … can u plz tell what materials u used for the suit?

I imported the decimated version into 3ds Max and changed the composition from the BPR version. I composited in Photoshop.
I also exported the polypaint to texture for the face using UVmaster. It was a pretty dirty unwrap, but was more than adequate for this piece. 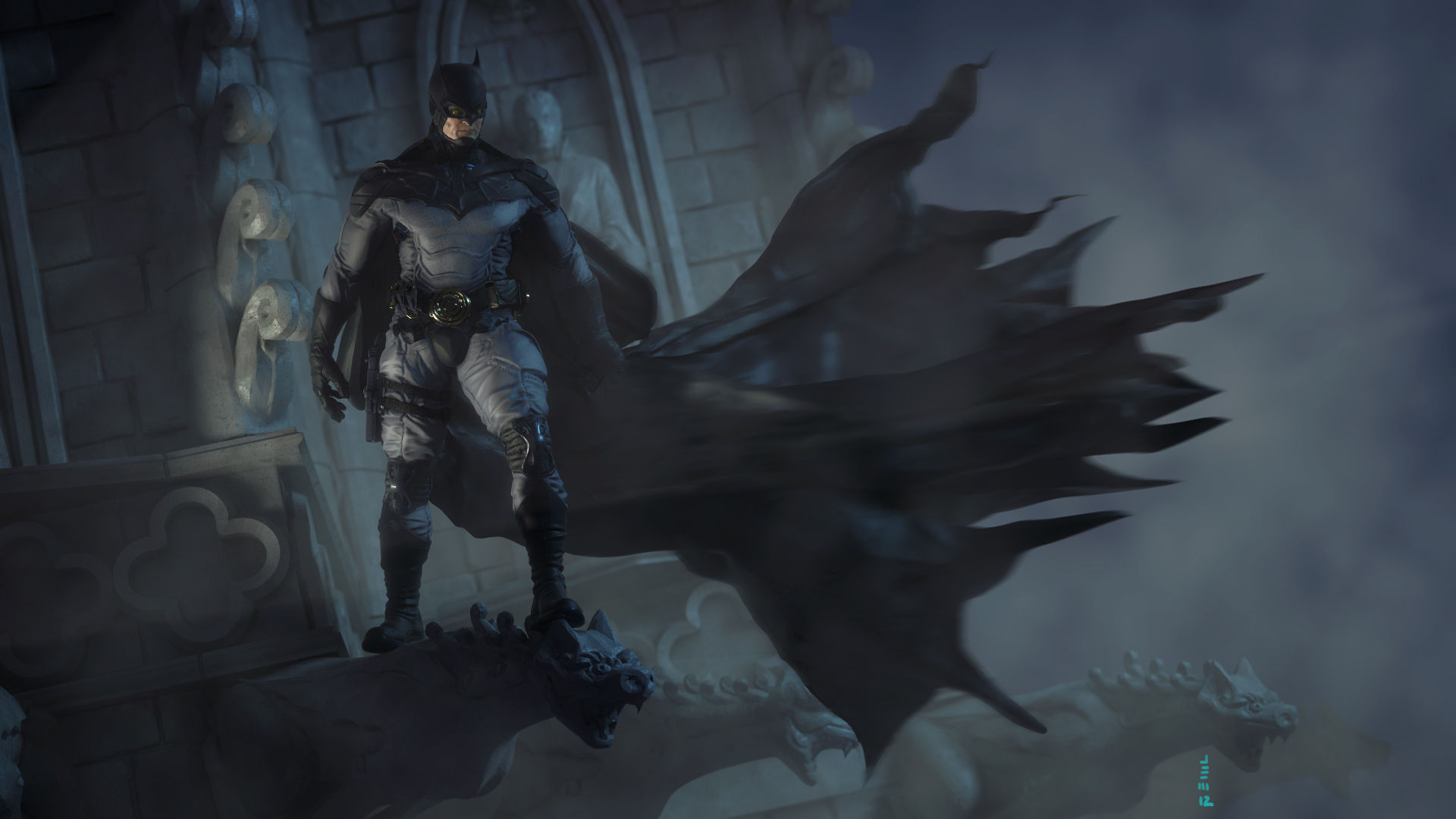 I also wanted to post the grappling gun I made, largely because I spent some time creating it with shadowbox and clipping brushes… and it can barely be seen…
It is basically a fishing reel and a tp9. I intended for the magazines to have little grappling hooks that discharged like a bullets.

And a quick batarang design that folds onto his belt. 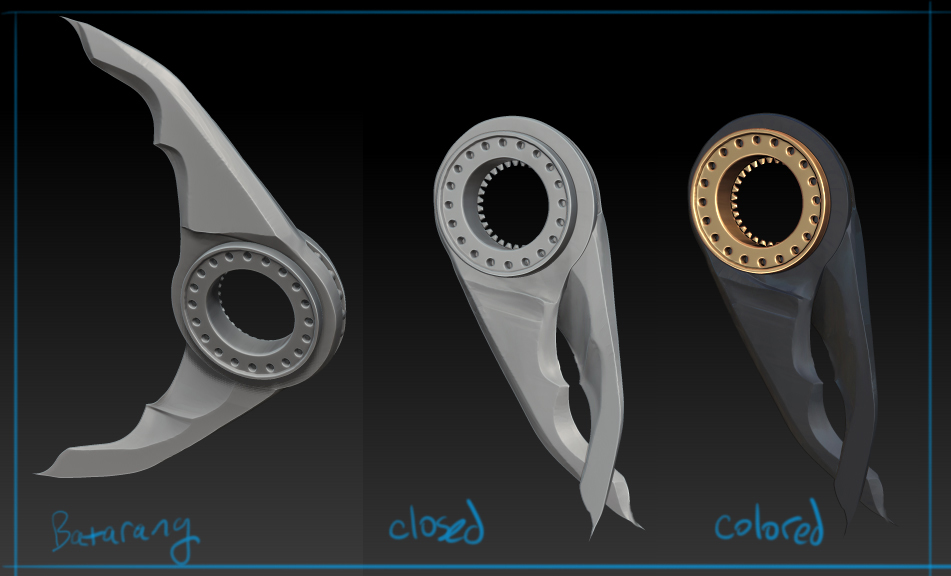