Check out the quick tutorial to transfer ZBrush materials to 3dsmax. It has some limitations tho. 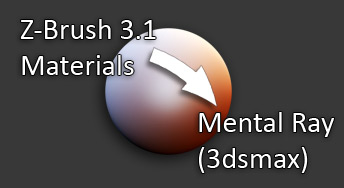 Cool… Thank you for the tips.

ahh… am I the only one who can’t find a link?

great! Thanks alot for this tip!

do you know where this file lives in max 9?

thank’s the tip!
very useful. no only for the tip it self but also the mr shader!

I’ve been messing around with the hidden shaders for a while now but it never occured to me to try that. As an extention of your workflow, you can add a texture under the Greyball shader as well as your matcap image. Then render out a ambient occlusion render and use this i to act as a mask on a slightly darknd render for a closer approximation of the ZBrush materials.

(also can be used with an other shader type such as fast simple skin SSS etc…) Give it a go and you can get just about any matcap material or standard to render out in MR and look 99.9% identical but wiht MR’s added bonuses.

this is awesome what does it look like if i render it to texture?

Nice, Darth. I was thinking about that, but haven’t had a chance to play yet. Thanks for takin’ the time.

I thought about the occlusion pass aswell. But I have been so busy lately…
However I did not think about the idea of combining it with SSS, it should look awesome!

If you rendeer it to texture it will project the Sphere map on both sides fo the object. It does not look that bad at all. It might be usefull in some cases. Try it out.

do you know where this file lives in max 9?

Sorry I do not.

have been playing with this for a while now, the problem is that you cant use cavity maps to drive the mix and AO usually looks weird if used to drive the mix of two mip_mirrorballs. However incidence looks sweet sometimes.

BTW the whole matcap/mirrorball stuff has been around in Max for ages now (since 2004), it started with Master Zaps chromeball plugin, however it is now part of the production shaders. See http://www.master-zap.com/chrome My experiments so far seem to suggest that its best to use this technique as a number of layers to composite. Although I usual approach renders like that anyway as it gives much more flexability. This allows you to use Ao passes as masks etc to combine your renders.

yup, thats true. The problem i was having though is that AO is more proximity based than cavity based, thus still a cavity map from ZB would give better results (on complex models i have tried the results were pretty poor, at least compared to the ZBoriginal). Nevertheless you can go very wild and creative with abusing the mirrorball shaders in MR. And obviously its very fast to render even big scenes.

the drawbacks of using it this way are that camera animations are more or less a no-no and that you need to be careful with reflections to not expose the back of your matcaped models (which are black), FG is also a bit more tricky to use.
But apart from these weaknesses, which are by design, I rarely do any shader without it anymore

I have already converted dozens of my matcaps to ready to use images. Have attached two renders i have done when i was testing the method, its really fun!

PS: if youre doing postwork, you should even be able to get a replicate of the ZB matcaps, but i havent tried it yet: render 3 passes, two matcap reflection passes and one pass with just the cavity map and no shading, then mix the two matcap passes in post according to the weight that the cavity map pass is giving you 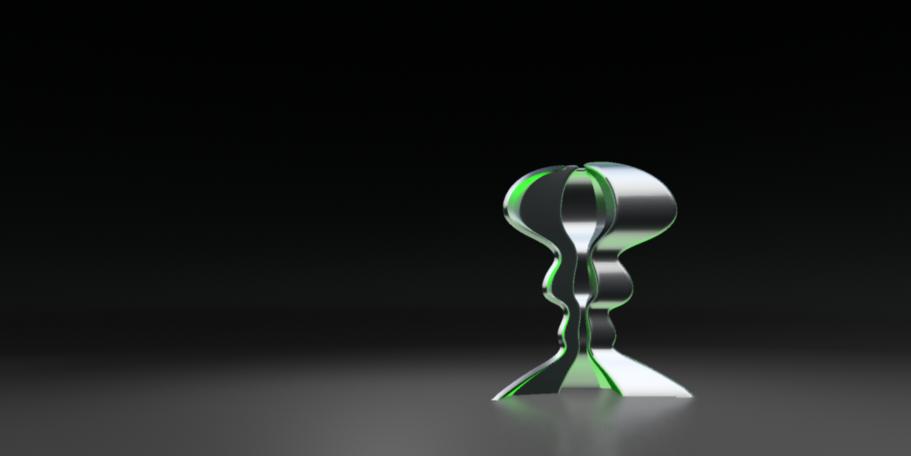 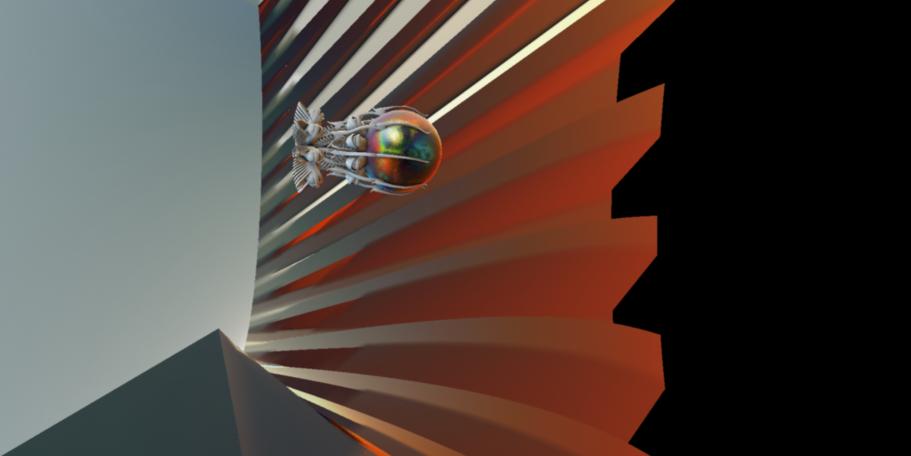 but this works in MR for Maya?

if the mentalray version of maya has those production shader, then yeah, it should.

but this works in MR for Maya?

There’s a thread over at CGSociety that detail how to unhide them in Maya 2008. (This only works withe mental ray that ships with the latest versions as pre MR v 3.6 do not have these hidden shaders.)
Hope that helps.

Nice thread! As for recapturing any existing MatCap material to a spherical image for export, here is a link that explains the simple ZBrush steps. Hope that might prove helpful.