As with many things however what can appear to be a drawback isn’t. It’s a clue left by the brain running the show that you’re not thinking as laterally as him.

I’ve tried recording some zscripts but playback was not ideal. I’ll try to get something up at the weekend.

As with many things however what can appear to be a drawback isn’t. It’s a clue left by the brain running the show that you’re not thinking as laterally as him.

I’ve tried recording some zscripts but playback was not ideal. I’ll try to get something up at the weekend.

LOL! I look forward to a zscript.

www.onesmall.com/stuff/pappilondoggie.jpg
Is a larger Version… It’s from a PS contest at Worth1000.com. I think the theme of the contest was ‘Cuter than allowed.’ or so.
Lemo

Lemo picked an effective humiliation, I shall need to recharge my goodwill again.

Here’s a go at a script that attempts to record the technique, unfortunately the replay isn’t ‘shift-pressing’ the perspective button and so the results are freaky. 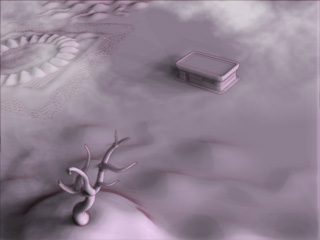 One thing that I think is cool about this method is that the objects can be exported and reassembled elsewhere. It’s also easy to change the viewpoint and reassemble the parts in different configurations within ZBrush.

I’m glad the goodwill got recharged. That’s a great technique! Here’s an edited version with global perspective switched on.

Thanks for fixing the script marcus!

Very cool! Nice to see that thread still alive. I have to try one to… unfortunately the ZB features I used with 2 are all destroyed in V3 so I am actually not using it any more. Sighhhh.
Cheers
Rainer

You’re right, some good things have been lost/deferred moving from Z2 including the short-lived technique that was initially a subject of the zscript in this thread (so nobody waste their time there).

I think more things have been won than lost though. I used a different technique for the ‘low flow’ image, which ended up being built from four plane3D’s and a gear3D. Using 1 plane for the sky, 1 plane for the land, 1 plane for the ‘flat water’ and 1 for the ‘temple/reactor/spaceport/city’. All the details are brush displacements using default alphas. Really quick too, not very much more than 10 minutes including thinking time.

The style was achieved by using the clone brush to move all depth and color to a new layer before baking and applying a basic mat for shadows. Then saving out a number of different matcaps and messing about in photoshop, e.g. the white backlit highlights are a toon shader that’s had a white inner/outer glow added in photoshop as it was overlayed.

Commanding landscape perspectives in ZB however is still pretty hard, lots more things to try out there.

antimorph, i guess i have 2001 on the brain this week but that was my first thought, i guess in this version the apeman discovers tea instead of tools to kill with, not a bad alternative.
did you try to apply a fog setting to the background, still needs to be a little more flat.

But no, far be it from me to go with the first idea that springs to mind :D. Instead I was shooting for the sad tale of the discarded teabag, cold now, spent, no job, just about to be abandoned… Poor things.

I think I see what you mean about flattening the horizon with fog. Good idea!