The Shadow over Innsmouth - Completed Portrait

Hello! I took Bryan Wynia’s Training on Demand course on CGSociety, and finally got around to finishing.
I found his process to be very thorough, and learned a great deal about a zBrush creature pipeling from this class.

The concept was a creature from “The Shadow over Innsmouth” by H.P. Lovecraft.
Basically a town full of people slowly turning into Cthulu worshipping fish monsters. I chose
to make my concept an elder Innsmouth resident, one who’s significantly advanced in his transformation.
I’m reposting this from my original WIP thread for a cleaner presentation!
(Here’s the OP)

Breakdown: Here’s the steps I took through Bryan’s training to start with 5 initial idea sculpts.

First: Gather Reference - I read the story and clipped out phrases which I found descriptive, then
put together a ref page of ugly fish and frogs. In retrospect, I should have added 1 or 2 really good
old man references too.

Here were my initial 6 sculpts, just starting from a sphere and pulling on it into something. I did 1 extra for brownie points,
and I’m glad I did as it turned out to be the one I used for the final work.

Next it’s time to go to town and iterate on each sculpt in photoshop. I took away from this part
of the teaching how imporant it can be when training to introduce timed sessions…I have a much
better idea of what I can accomplish in an hour now, and noticed improvement in my speed by the
time I’d gotten to like the 40th one.

Lineup of explorations in Photoshop! 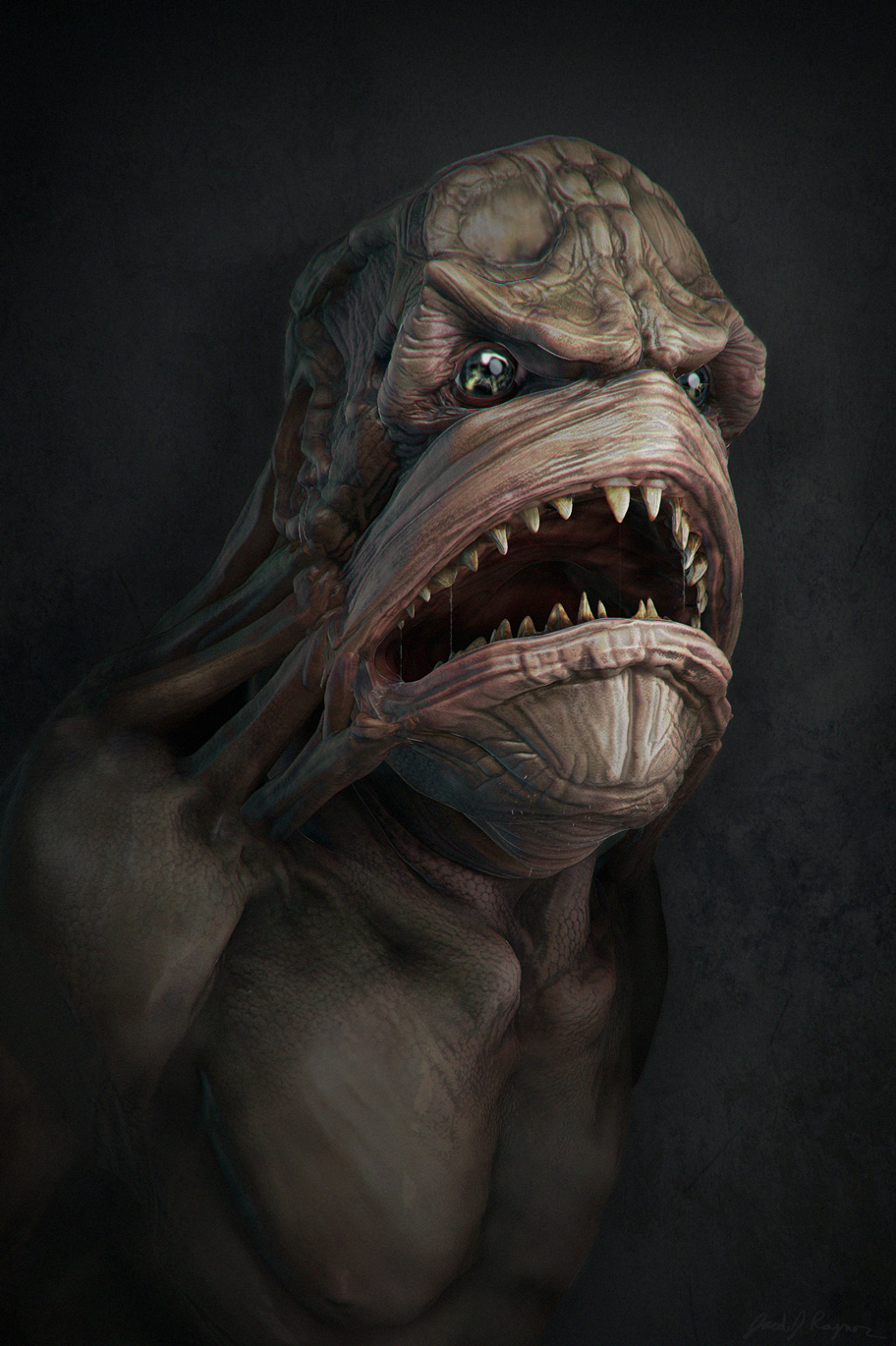 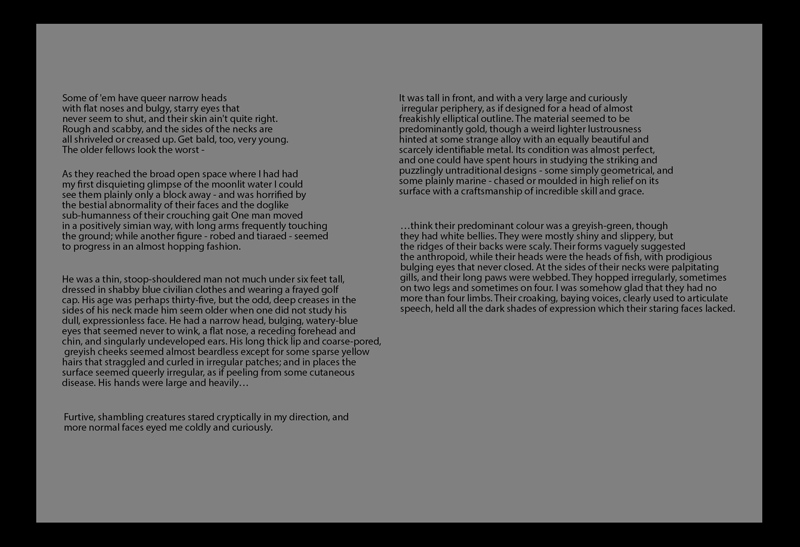 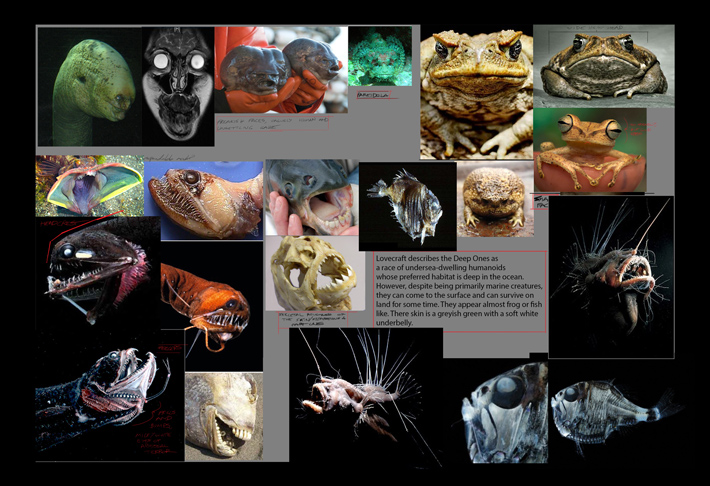 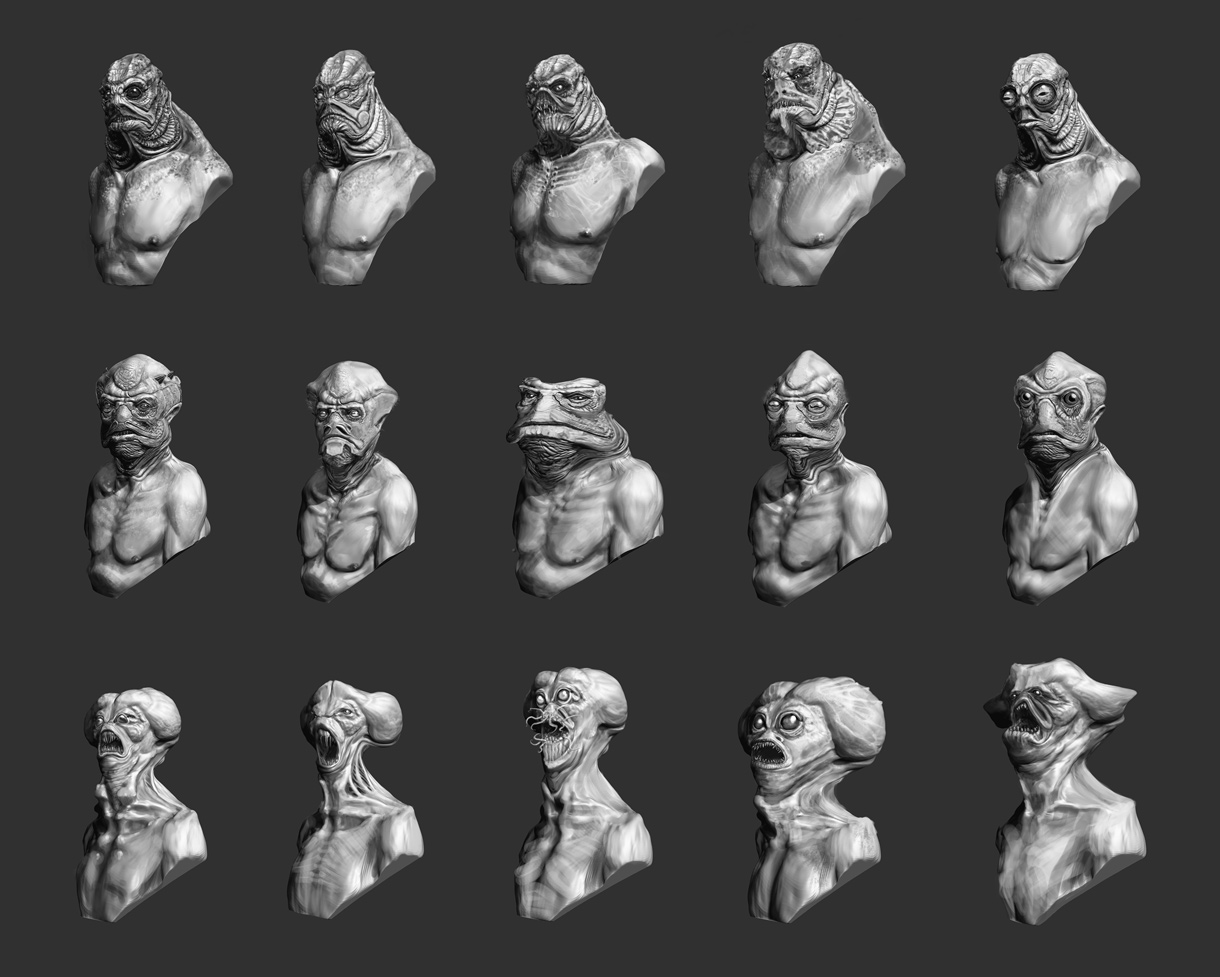 Then some cuts, to refine which was best. Some nice people chimed in on the original WIP thread.
This was tough to do and a great lesson in editing for design, as some of them, I really liked, but had
to try and focus on which one best represented the character I was trying to hit. for chiming in with opinion to help me choose! 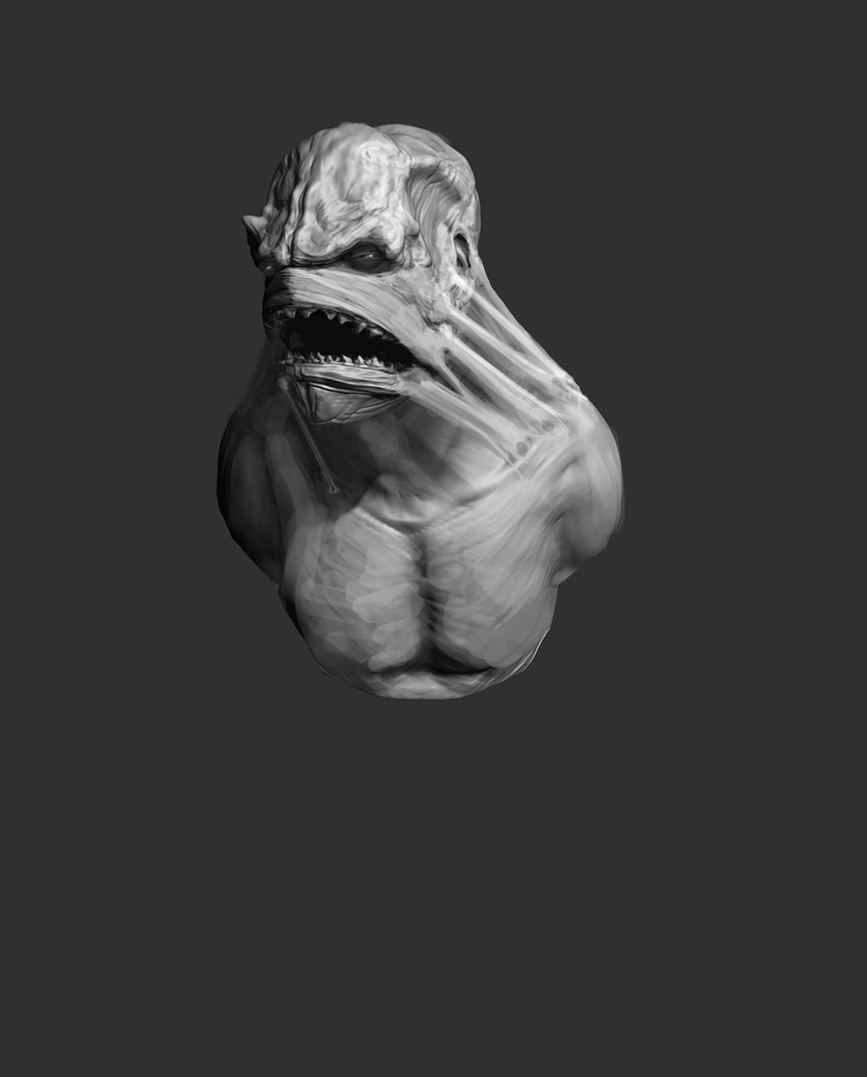 The final round of sculpting after choosing a final concept. 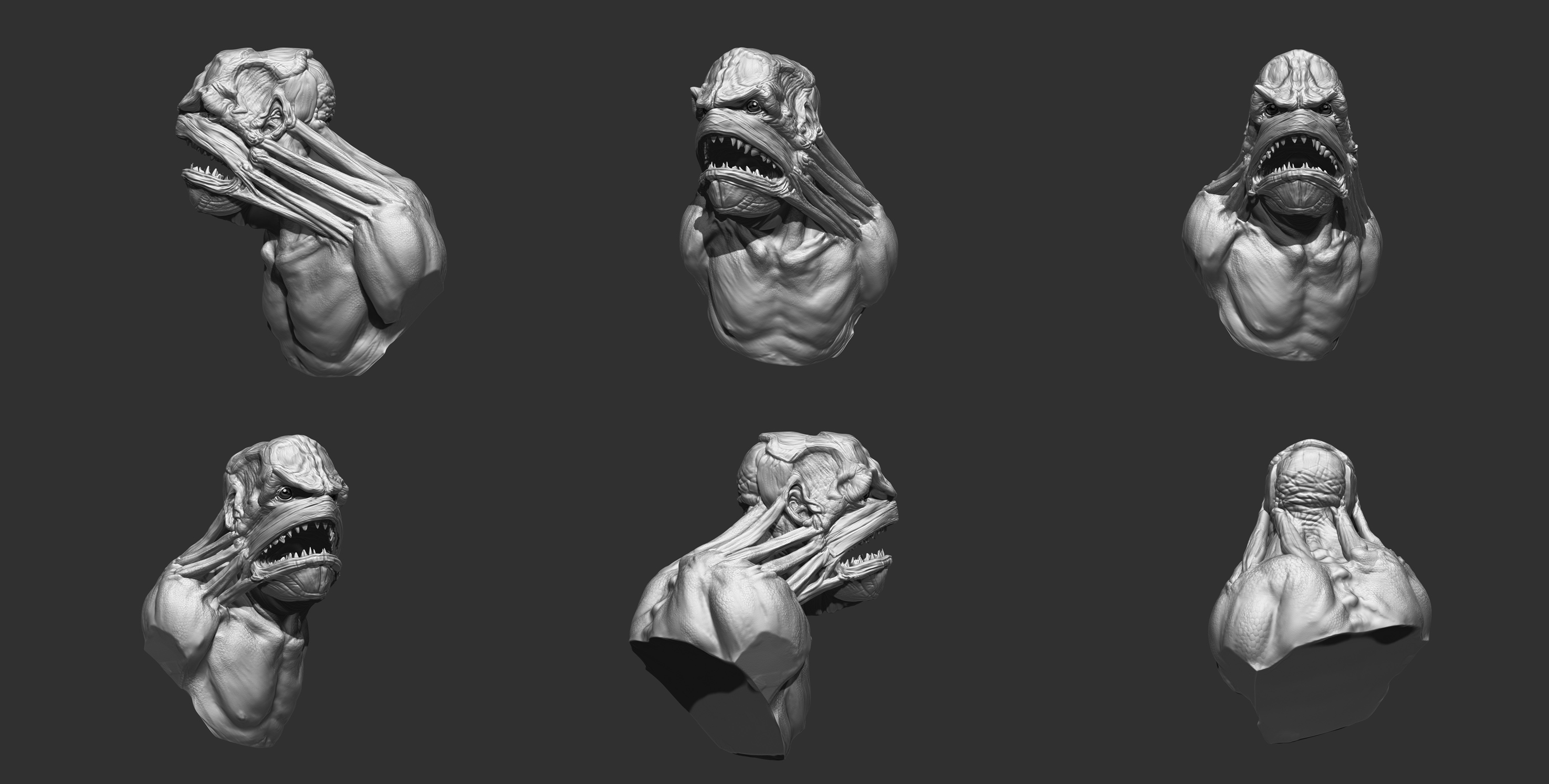 Polypainting, BPR rendered out of zBrush.
I forgot to take a lot of shots of the back but I want to comp another completed render of that view when I get to it. 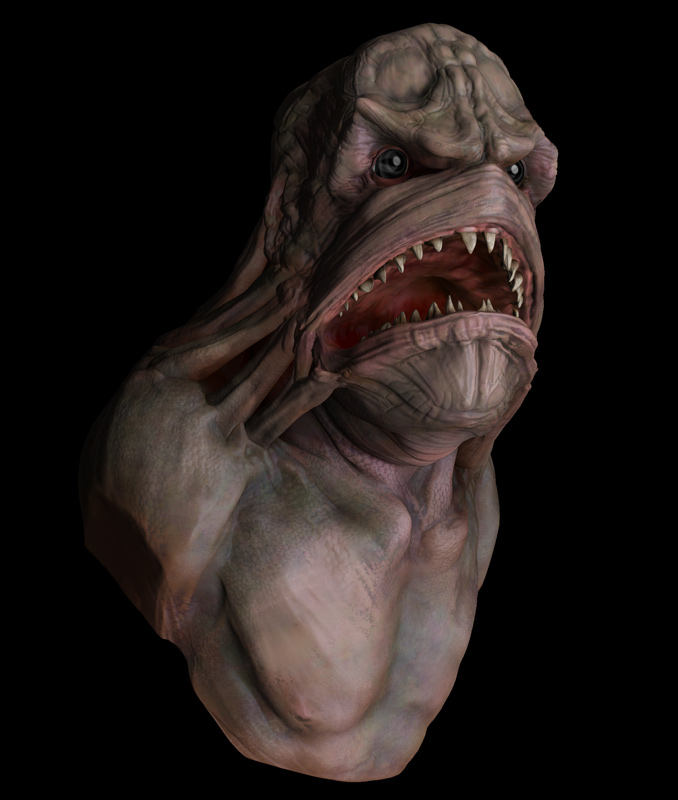 After that it was a lot of material renders, blending modes in Photoshop, some hand painting. There’s a little bit of photo
comped on the eyes for watery glint. Very light photo overlays. I tried a lot of photo work at one point and it started looking
more phony. I won’t go into every layer of the comp but it was many layers! Another set of props to Bryan for his comp pipeline,
organizing your final render into proper folders and layers in Photoshop was a fantastic way to organize a workflow. I’m confident
I can refer to my work as a pipeline to generate multiple views of this bust in the same quality.

Thanks for a great class Bryan, and I hope you all like the result!