This is a piece I did for the Hum 3D survival car challenge 2018. The idea behind this work was a post apocalyptic steam punk future. The machines have risen up against humanity, and have taken over the world. The world’s resources dwindle and everything is in short supply. Sources of energy are scarce, and those that have to survive will have to battle for them. It is survival for the fittest.
The Blue Gem is about a machine named Keeva. Keeva is strong-willed and has been in a great number of battles. However, on one fated day, Keeva is attacked and killed. As the world carves it’s way into an uncertain future, the world that Keeva knew comes to an end, and all that remains to tell his story is his treasured battle car that won him many battles, the Blue Gem.
I hope you like it.
Artstation link : https://www.artstation.com/artwork/2JgkY 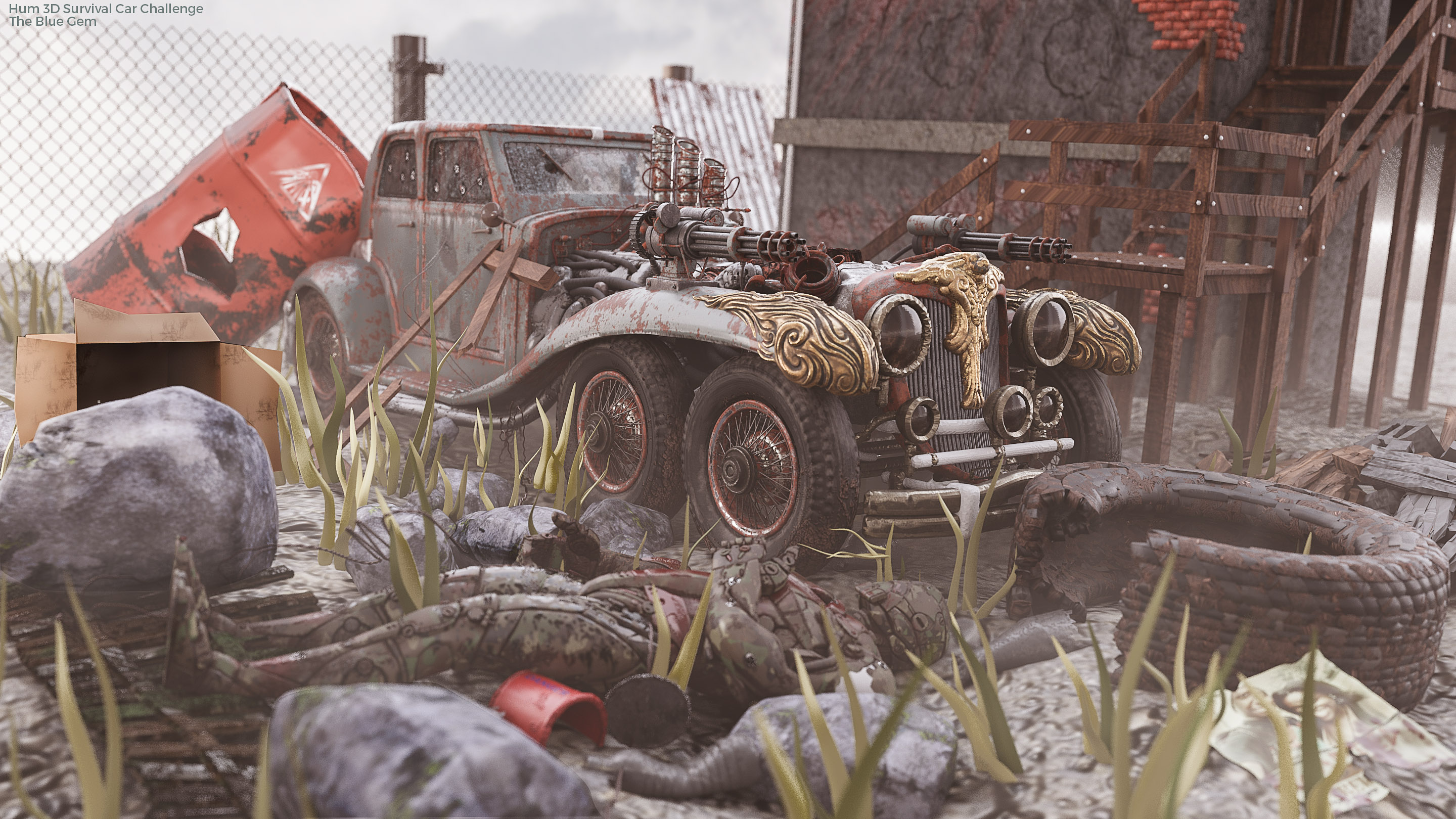 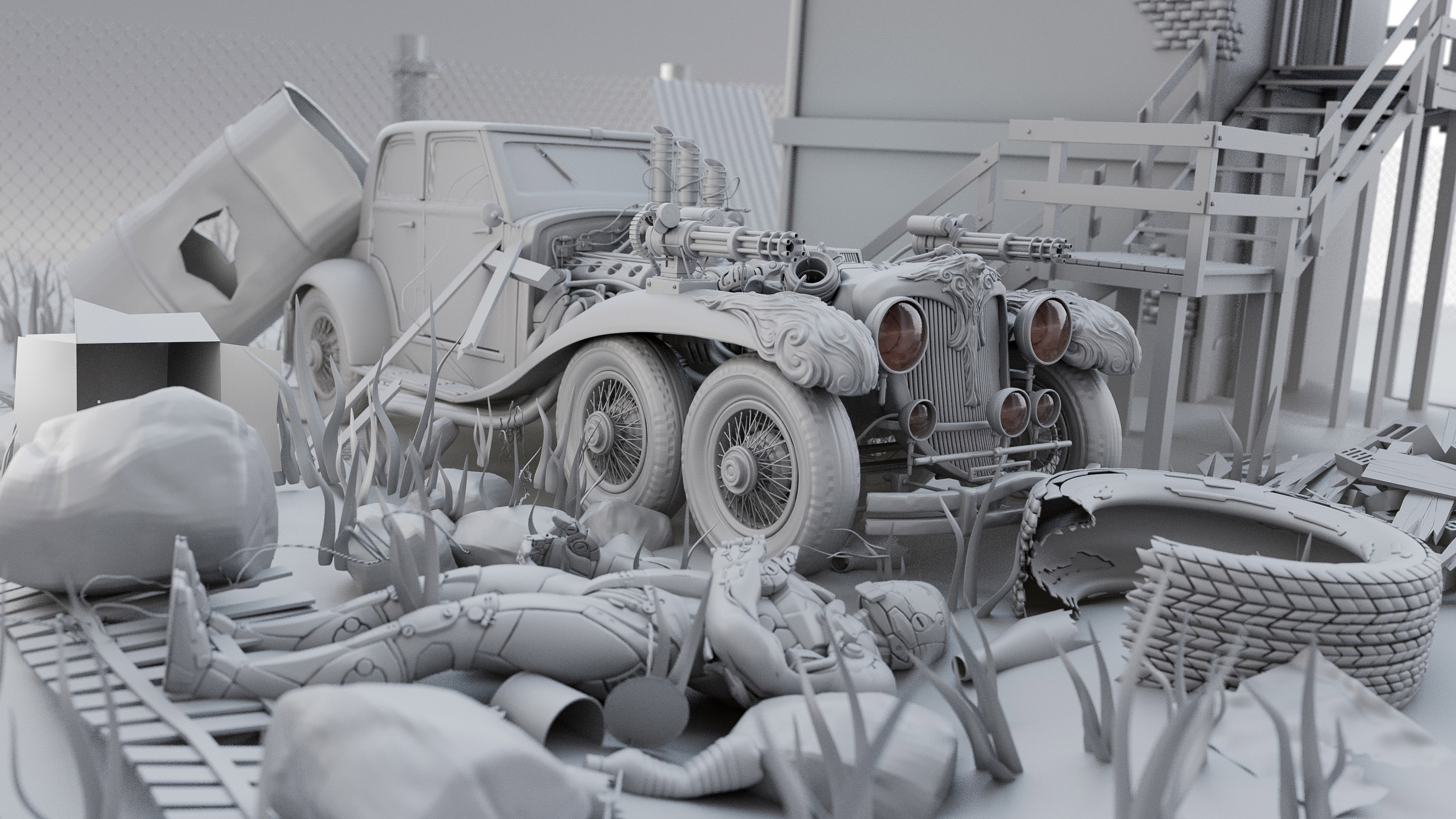