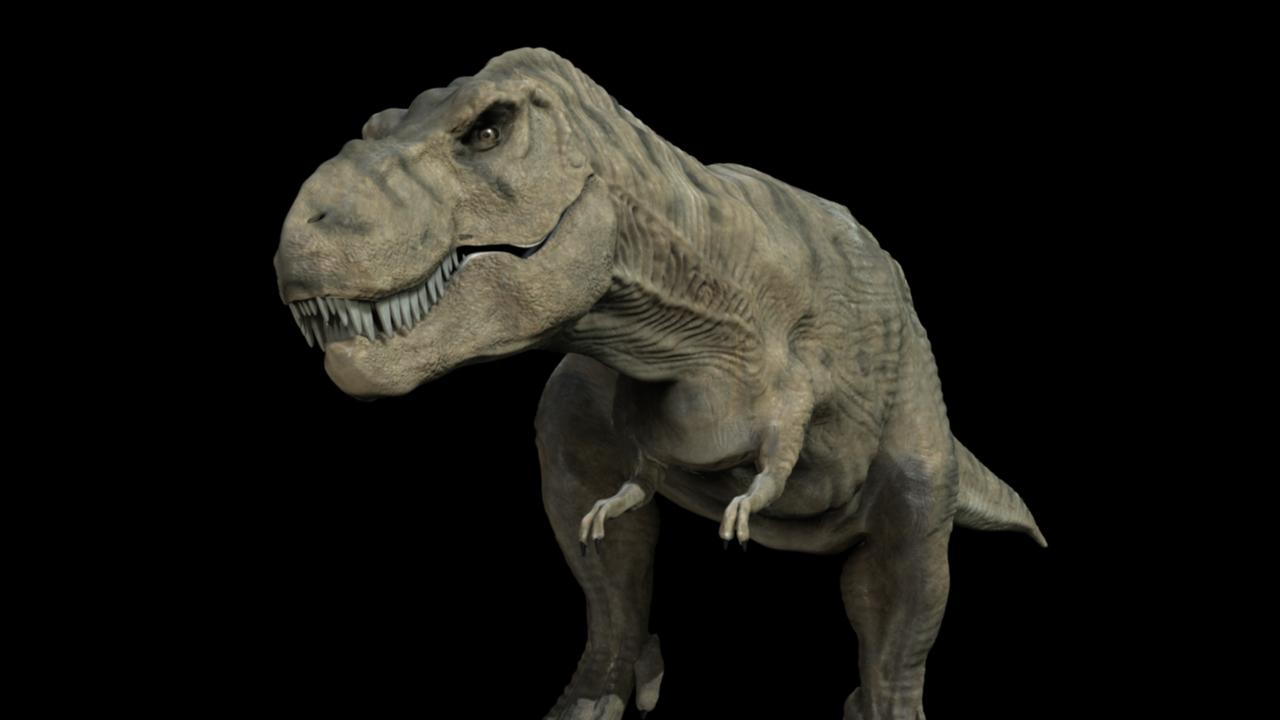 model and textures look pretty damn good (teeth could use more spec/reflectivity) but I think the lighting is a little flat.

I think something more dramatic would look cooler, such as stuff from jurassic park:

thanks!Here another shot with lighting improved! May I suggest a little color varience in the texture? It looks a little ‘blah’. Model is excellent though.

I still think your key light should be a tad bit more intense.

how many light are you using?

I still think your key light should be a tad bit more intense.

how many light are you using?

I’m using 3 lights(key,fill and back) and one HDR image.I also use occlusion.
The rendering is done with RENDERMAN FOR MAYA.
The key light is illuminating the visible left side of the rex,so i think that if i increase this light there is probably a loss of details…What do you think?

The claws - the raised right foot needs to, you know, like when you lift your hands off the floor, your fingers would retract. And the claws seems a bit too fragile to me.

nice, t-rex look like the one in jurassic park.

About the lightning part,try using one light that would light only the specular part,not diffuse,and turn that light up a bit.That way your texture would’nt suffer of to much lightning.Try playing with that stuff.

And for the teeth,I would try with SubSurface effect,and a bit more reflection.

Very nice model and texture Phoenyx, but i agree with the others, i think the lighting lets it down abit. Definately introduce some specular. Also, if you aren’t already, I’d look into renderman’s very powerful render pass system, just split the image out into its component passes and bring it back togething in photoshop or shake. Along with a tag pass to seperate out the eyes, body and teeth, you can then adjust each one till your hearts content. Also, once you’ve done the expensive ray-traced occulsion and indirect diffuse passes you can keep re-using them and just update the others.

At work we use:

Keep up the good work

At work we use:

He man, what’s the difference between the diffuse layer and the indirect diffuse ? And how these 3 composited onto each other ?

grtz. Bjorn (working on a dino-project himself too:))