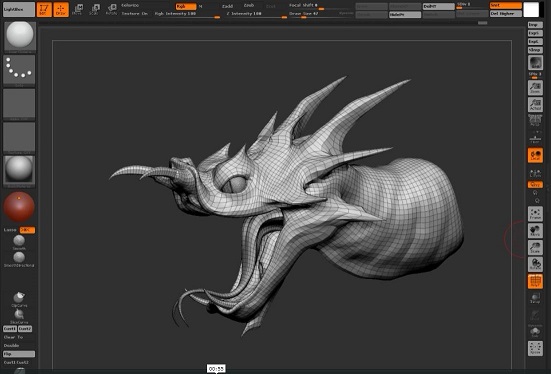 I guess the main question here is, what’s the difference from GoZ?
Goz as far as I experienced, can be tricky. It did messed up my subtools sometimes, goes crazy if there is some accidental name-matching happening. So I started to work on my solution for the problem, and with times, it started to get many blendshape-helping functions.
So yeah, it’s less then GoZ and a little bit more.

My solution is waay simliper, but this way a little bit more predictable. It basically saves out the active subtool’s active subdiv level to the C: emp folder.
The main fuction is this, and all the smaller fuctions supports this process.
And because every software overwrites the same obj file, communicates through the some “channel”, the communication is not between two programs, rather whatever you want. You can open this obj with other softwares. (For example if you open this obj in unfold, it will remember it, so you just relead/save it.)

This way, you can work in maya/max/zbrush/uveditors etc the same time. I mean relatively speaking. You don’t have to be sad about that “i could do this easier in *** software, ahh, never mind”.
You just circle the same geometry through the softwares.
And because of GoZ is a closed process, you can’t hook in other softwares.
I work at Digic Pictures, and on a daily basis we use maya,max,zbrush, headus,unfold, etc. So this script was the best solution yet.
And yeah, it’s limited because of the obj format, but also it’s a little bit safer because the OBJ don’t let too much strange thing to happen.
I hope you can give it a try and have a good feeling about it. 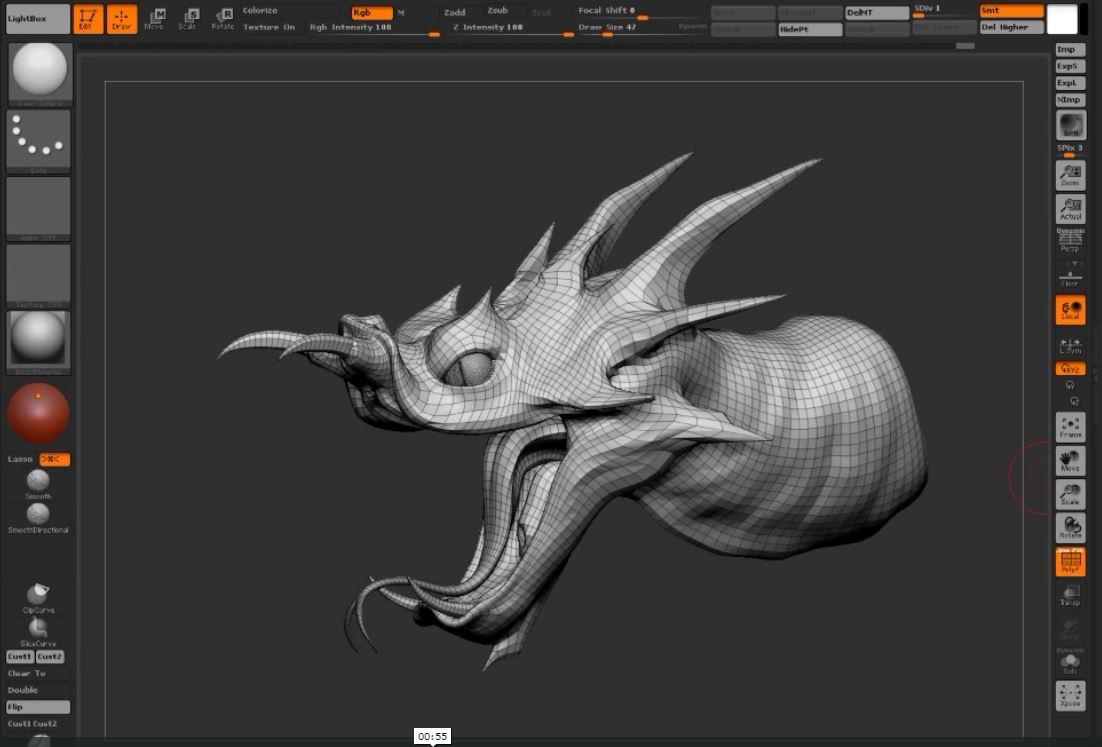 . My workflow is prety much the same and I`ll definitely give it a try. We all need simplification and speed

but could Styx transform high subdivided level to low level like GOZ did? In detail, when I export the lower level mesh to Maya and rig and pose it then export back to ZBrush, will the high level detail and polypaint be kept?

but could Styx transform high subdivided level to low level like GOZ did? In detail, when I export the lower level mesh to Maya and rig and pose it then export back to ZBrush, will the high level detail and polypaint be kept?

Yeah sure. You can export lower level, modify it in other softwares, and bring them back, and Zbrush will update the geometry (and the higher level subdivs). If I remember correctly zbrush doesn’t import it’s own polypaint data back, but if you don’t change the vertex count, zbrush handles the import operation as a vertex offset. Or something like that. (so your polypaint data won’t change.)

So you can export the lowest level, UV it, pose it, and bring it back.
You can export the higher subdiv levels too, and deform them. (I wouldn’t recommend to assign new UV-s to higher subdiv levels, because after import, if you go lower levels than the exported-UVed level, zbursh will try to "reconstruckt Subdiv " the UVs, and if the cuts are not on a right edge, it will go nuts.)

Sometimes we have sculpts in zbrush, which are more important/complicated than just simply change them. But if there is UV changes in our pipeline, we have to update that in the zbrush model too.
So we usually just import the changed UV to the lowest level. Zbrush doesn’t really like overlapping UVs combined with multiple Udims, so watch out for that.

Another strange thing is, that on a few occasions zbrush splits the UVs after importing. This is usually means that your output maps will end up with the nest of squared UVs baked into them. Sometimes could be fixed with the UV master tool: import to separate subtool, go to UV master, copy the uv, and go the subdiveded subtool’s lowest level, and paste UV.
Sometimes it won’t help. So there is an other crazy solution. Export the broken UVs to maya. (You won’t be able to merge the UVs, won’t even try.) Copy the UVs from the good model to the broken one. You can do that with maya’s uv edtior, or with transfer attributes. And bring back the fixed-broken model to zbursh.
The strange thing is that in this case, in theory there is no difference between the broken and good topology in maya. You can blendshape it, etc. But if you try just simply bring the good UV back to zbrush, after the nesting-splitted uv thing happened, it will break it again. But if you correct the geo that came straight from zbrush with the broken UV, sometimes it will fix it.

Now that Max 2018 doesn’t support GOZ this plugin has become more relevant. The only problem is that doesn’t support multiple subtools. It would be great it could support them.

Now that Max 2018 doesn’t support GOZ this plugin has become more relevant. The only problem is that doesn’t support multiple subtools. It would be great it could support them.

Until GoZ is updated you could always use the FBX plugin. That will handle multiple subtools.

Thanks Marcus, that is really useful. But basically that script, as you know does GOZ, makes the full operation a couple of clicks, something convenient when you are backwards and forwards between both.
Even if Zbrush supports again MAX we are probably 1 or 2 years away of a new release. Also not sure what will happen with GOZ for MAX as Pixologic has stated the support for Maya but has said nothing about MAX. GOZ works for MAX 2017 but not for MAX 2018 and we are near to have MAX2019. It would be cool to have something meantime even if it doesn’t cover the full functionality of GOZ. There are some people that relies heavily in the workflow with Zbrush that are stuck with Max 2017.

… want only to say that everything’s fine with this plugin in ZBrush 2018 and Max 2019. Nightmare avoided

a little suggestion:
to avoid the 2 mouse clicks needed in Max .obj “export selected” confirmation window, I use the old GoZ plugin to export from Max to ZBrush but Styx to import from ZBrush to Max …

This is a very good script & it works very well, better than corrupted issues of GOZ with each new version … Styx works with me in Maya 2018 .