In this thread I will share with you some information regarding the exciting features that are planned to be included in the next ZBrush update.

The next update will be ZBrush 4R2 (ZBrush 4 Release 2) - it will be a free upgrade to all registered users.

ZBrush 4R2 is currently in development, when we reach beta-testing phases I will be able to post information regarding its release date.

To get the Z4R2 preview rolling, I’ll start with a sneak-peek of the next update to the BPR renderer.

The BPR renderer in the next version has been updated to a full 32-bits floating-point HDR pipeline. BPR in Z4R2 is capable of rendering high quality images while utilizing improved materials, lights, and environment mapping. Note: After posting the the 2nd movie in the above thread, I diverted my attention back to programming tasks and did not complete the 3rd movie.
Following the release of the next update, I will make more “time for art” to either finish the Motorcycle Part3, or start a new project with ZBrush tutorial movies.

In Z4R2 you’ll also find a new LightCap/MatCap designer. LightCap (Light-Capture) is similar to MatCap (Material-Capture) but is applied directly to the environment, not to a particular material. You will be able to easily incorporate your sculpture into an HDR background by using R2’s ability to apply shadow to the background-plate as well as auto-generate LightCaps to simulate the environment lights and reflections. Both LightCaps and MatCaps, can be utilized by the real-time preview renderer, this means that you will be able to use ‘fancy’ lights, backdrop and materials while sculpting your mesh!

It looks fantastic and i’m very happy to updated the BPR in the future.

Incredible but True!
Pixologic Team is The Revolution!

Finally the lighting is getting some much needed loving. The results look impressive hopefully the render times are quick too. Now any chance that there are better grouping functions for subtools? like grouping subtools by folders?

those renders are straight out of zbrush? without photoshop jiggery pokery? :eek:

Have a blessed day,
-kmkenpo 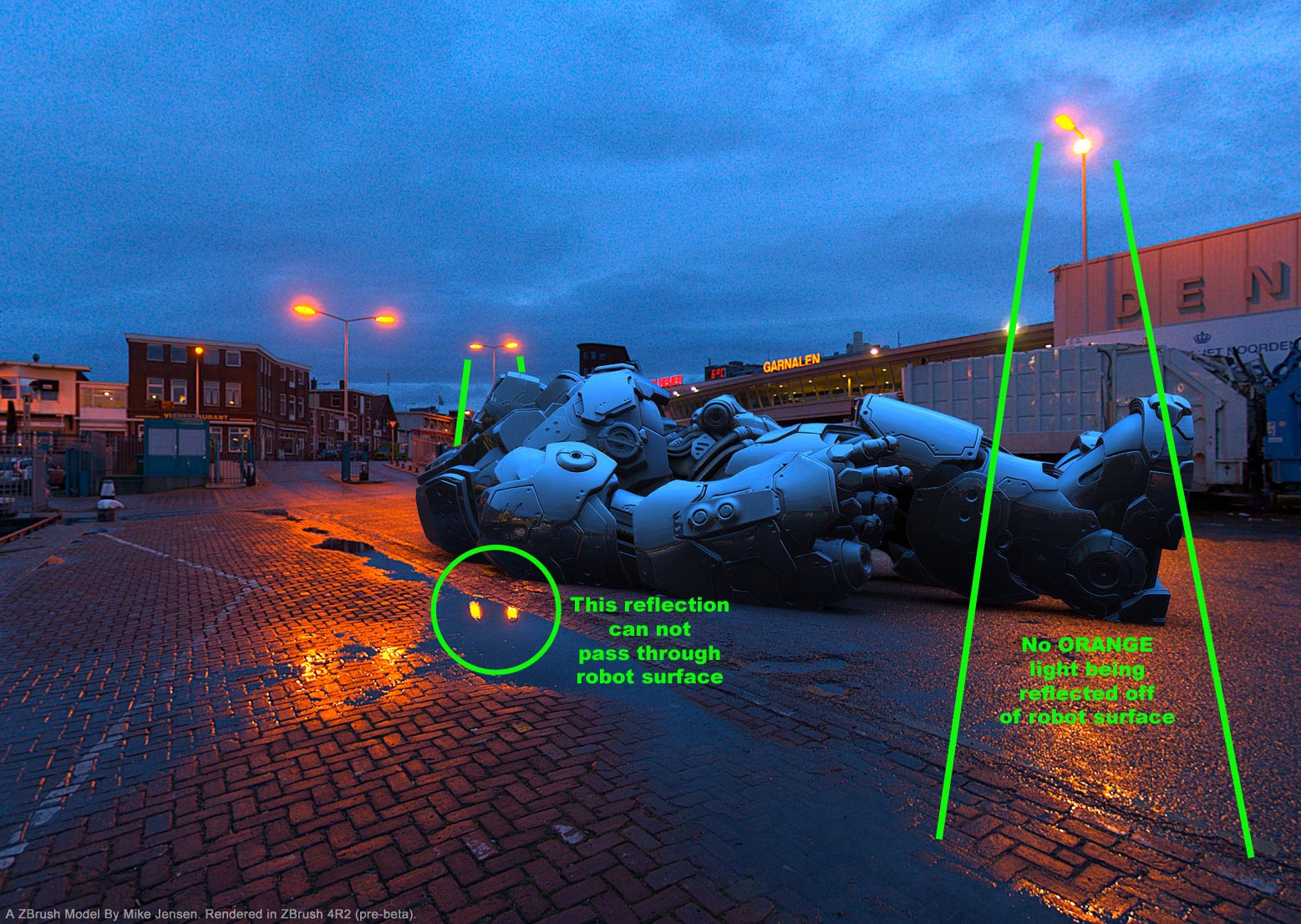 Impressive addition, thanks for the sneak peek. Can’t wait to see what else is coming in R2!!

Yes!!! Thanks Pixologic… Waiting for that update…

awesomeness! is there a estimated release date yet?

Wow, some of the renders rival raytracing renders in quality (to some degree). Can’t wait for the day that Zbrush has a raytracing renderer and GI. But in the meantime, this is a really great stride.