After a few months between work and some personal projects, I would like to show to friends in our VFX community, the WIP of Destiny project. In August 2010 I presented a teaser called Destiny http://vimeo.com/14048920, and in this year of 2012 we returned to the Destiny project to produce a trailer that can count a summary of the script and how it involves two periods of history.

In the first moment, i just gonna show you a WIP of what we are developing and hope to be in 2013 with the Trailer ready!

At this stage of the project, our team is composed of: Alex De Angelis, Bruno Macedo, Caio Fantini, Carlos Eduardo, Ivan K. Miskalo, Luiz Matta, Paulo Sampaio, Mariano Steiner who made the first base mesh and texture of the soldier when he was working on team. 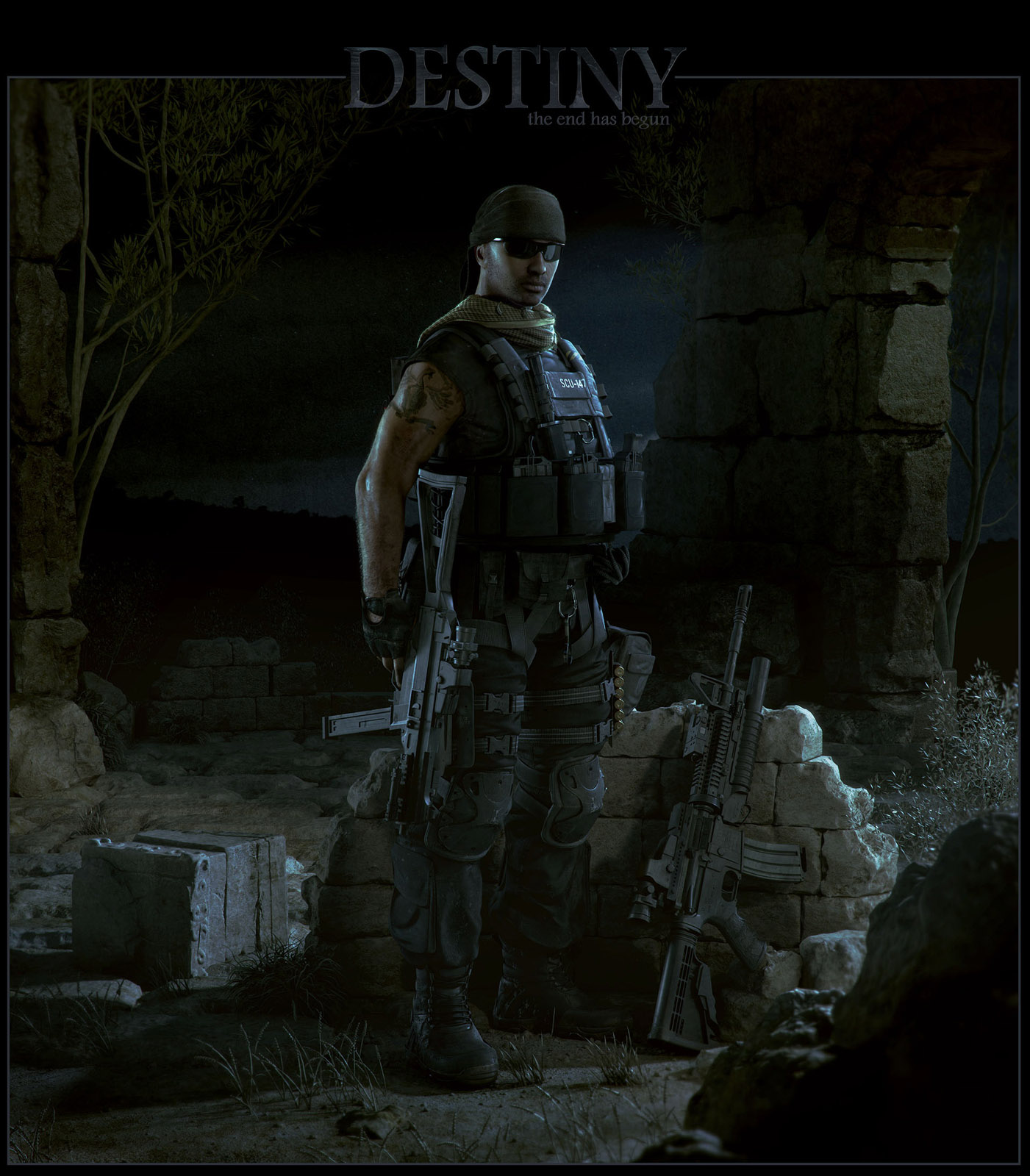 wow great job and scene, but the weapon is awesome almost you can touch it, insane!

Thank you friends, I’m doing a turntable video from the M4 to post here

Here another gun I made for the soldiers. Beautiful Rendering and texturing work. Just fantastic work all around!

This is some really awesome stuff. The realism on the weapons is mind-blowing. Thanks for posting. The details are amazing! Great stuff!

simply amazing work. Would love to hear more about your process.

Here another props I made for soldiers from Destiny trailer, night vision.