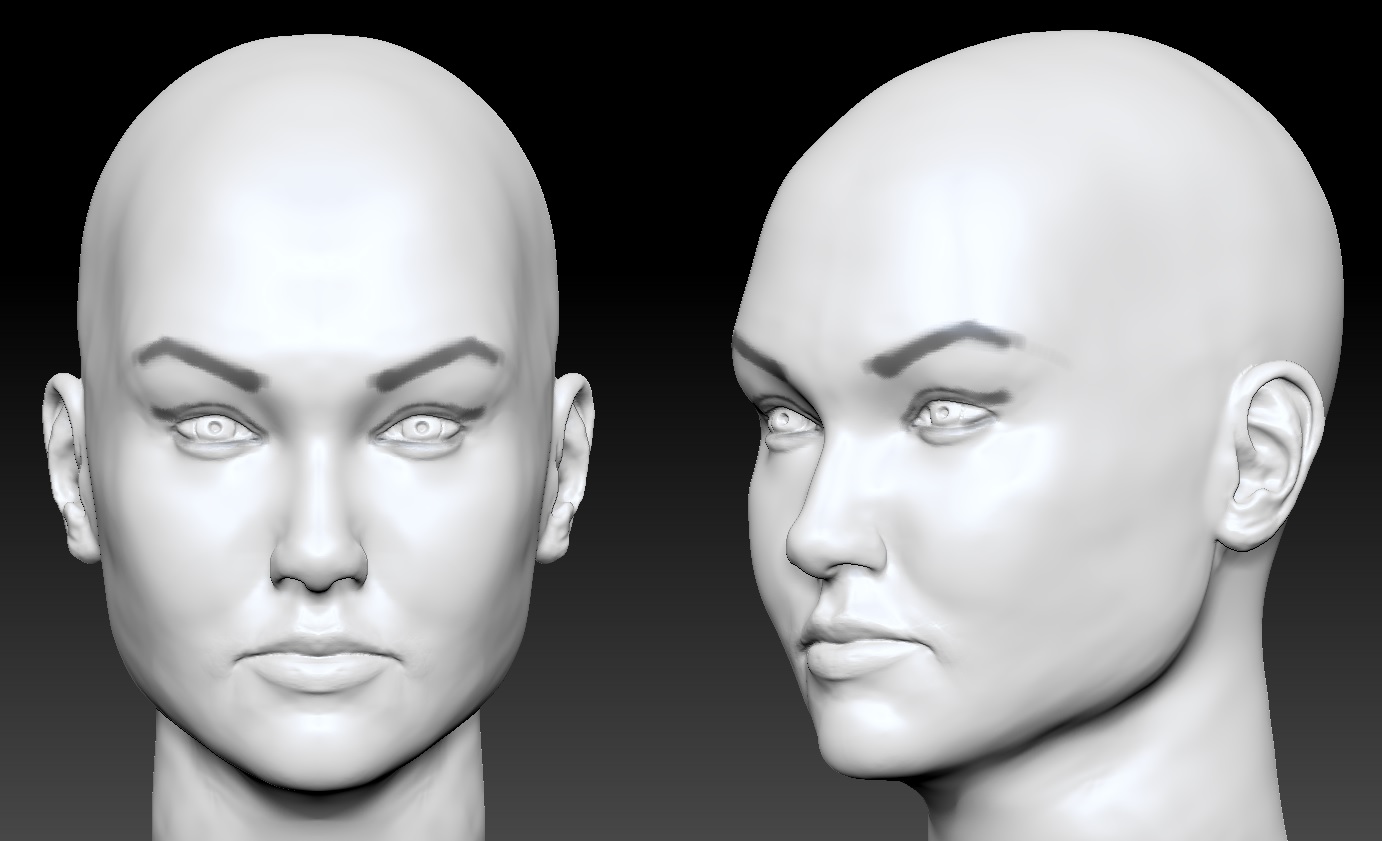 Why so many people like this whore, ascribing her non-existed talents?
Don’t answer, the question is rhetorical.

don’t know (or care) who she is, but it looks like a good start. Some sculpting over adaptive skin Did you manually retopo after sculpting osme on that zsphere pose?

No, i roughly sculpted the body with Dynamesh, merged the body with the head (which also was a Dynamesh), then i made retopology of the complete character with ZRemesher and ZRemesherGuides brush, then I exported it to Maya (to play around with the topology and apply quick fixes to it - which to me is more intuitive than ZModeller). Then i imported it back to ZBrush, calculated UWs, reprojected high poly details and subdivisions, and finally filled the volume with ZSpheres you see on the screenshot with symmetry turned on. Then I used ZSpheres to pose the model (areas like shoulders are always problematic - so I had to fix them manually, mainly with Smooth, MoveTopology and ClayBuildup). The result is on the screenshot. But i did this only because i am not going to rig and animate the character later. If i needed to animate it or export to game engine i would probably do a neutral pose in ZBrush and a complete rig in Maya.

Lots of work ahead. Need to fine tune the uw’s, and do some detail-sculpting before sculpting skin/pores/wrinkles. Make-up layer and a new haircut Some progress on rendering (Maya + Vray)