in 2002 I started work on a graphic novel “Ray Gun Girl and the Thrall Bug”. I used available software then: Poser, Bryce, Electric Image, Carrara and Vue to generate the images. From the outset I used 3D tools to generate the story’s images.

By 2004 I had a prologue and two chapters rendered and composited.

Health issues in 2005 led to my sidelining the project, but I intend to complete it.

After recovery from my health problems, I decided to continue the work but with a longer lead time.

My 3D skills needed an upgrade. In 2006 I saw ZBrush at Sigraph and was hooked. I also realized ZBrush was the tool to use to hone my 3D sculpting skill and add it to my tools for generating the graphic novel.

When Pixologic added the posterizing functions to the render and material pallettes of 4r6, I realized ZBrush was now the best tool for modeling and rendering for this project. Light Cap, Fibermesh and the Dam Standard brush certainly have made creating concepts a lot easier too. I still intend to use Carrara or Blender for large-scale environments for the project. However, after experimenting with posterized renders, I am increasingly confident ZBrush will be used for hero characters and most of the close up and middle distance images.

Further work on the actual novel will be from scratch with a target for completion by 2016.

The more I play with the render settings the cooler the images look.

This thread is intended to document my journey developing the concepts and then continuity.

First image is a hand drawn and then photoshopped concept of one of the novel’s villains: Harry Mallmann. Harry is a spice merchant, pimp and slaver who matches wits with RayGunGirl.

Here’s the ZBrush version of the concept.

The exploration is ongoing and this thread will show WIPs.

Thanks for viewing. And thanks to Pixologic for creating the most magical and fun software I’ve ever had the pleasure of using.
Happy ZBrushing!
Cheers! 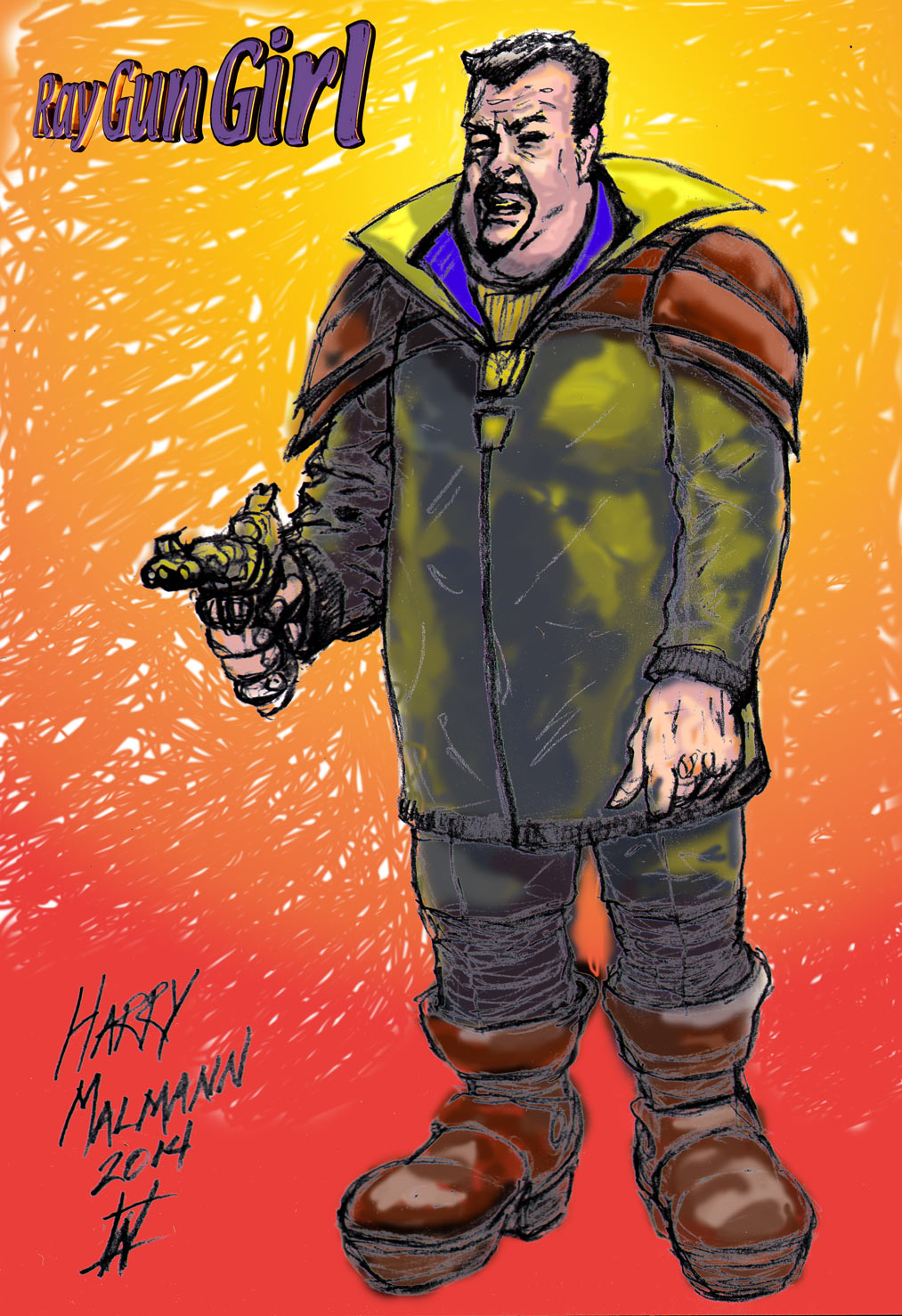 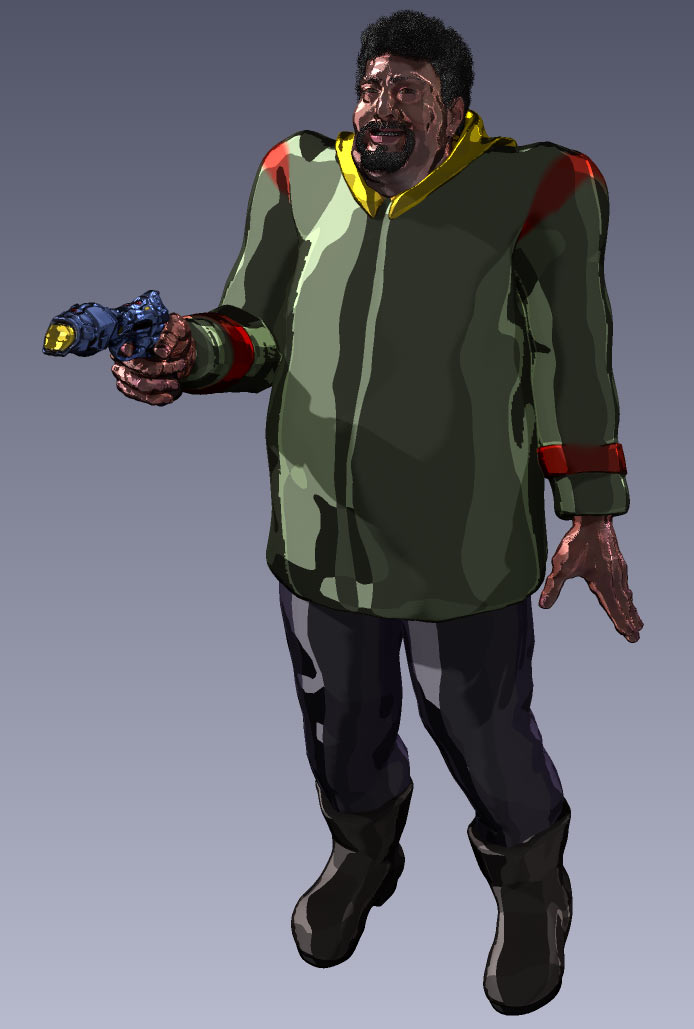 I’ve been wanting to use Zbrush for the same purpose. Looking forward to watching your progress.

Interesting project.
To me Manga Studio also is a great tool, also in conjunction with 3D.

Can your old comic versions be seen some place?

Thanks for your comments.

I am fascinated by ZBrush’s possibilities as a comic render tool and have checked out most of the comic style threads posted on ZBC.

This thread is here to share what I discover in the course of creating RGG.

Jake,
Here’s a link that answers your question below:

Can your old comic versions be seen someplace?