Here is a short breakdown of my 3D Character “Pied Piper”. I have chosen Pied Piper Legendary Character from the 13th century.

Character Brief : The Pied Piper is the subject of a legend from the town of Hamelin ,Germany. Dressed in multicolored (“pied”) clothing, who was a rat-catcher hired by the town to lure rats away with his magic pipe. When the citizens refuse to pay for this service, he retaliates by using his instrument’s magic power on their 130 children, leading them away on 26th June 1284.

For basic form of head modeling I have used Pixologic Zbrush (Dynamesh) , then retopology.

For short breakdown of Pied Piper please visit my blog : 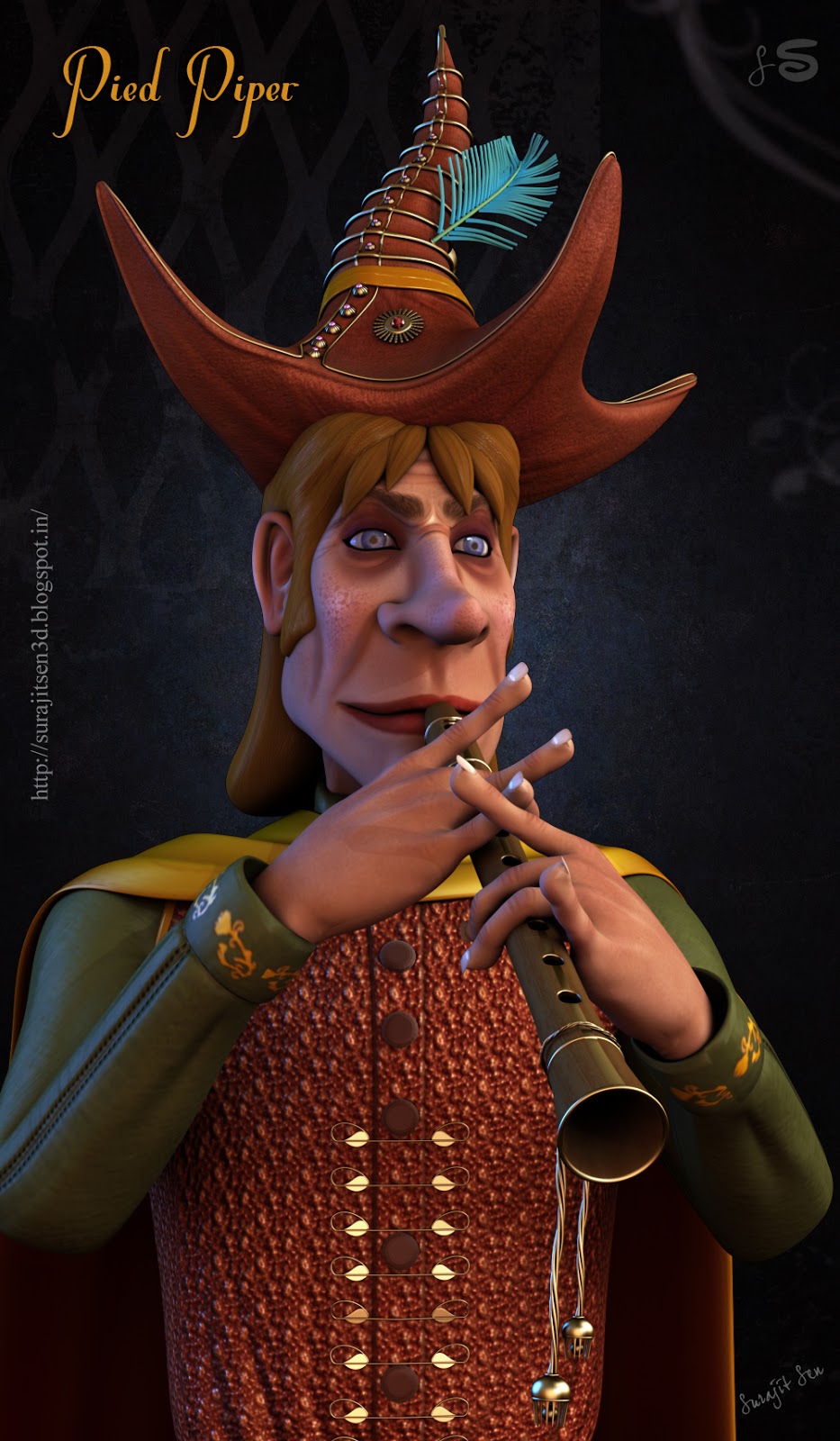 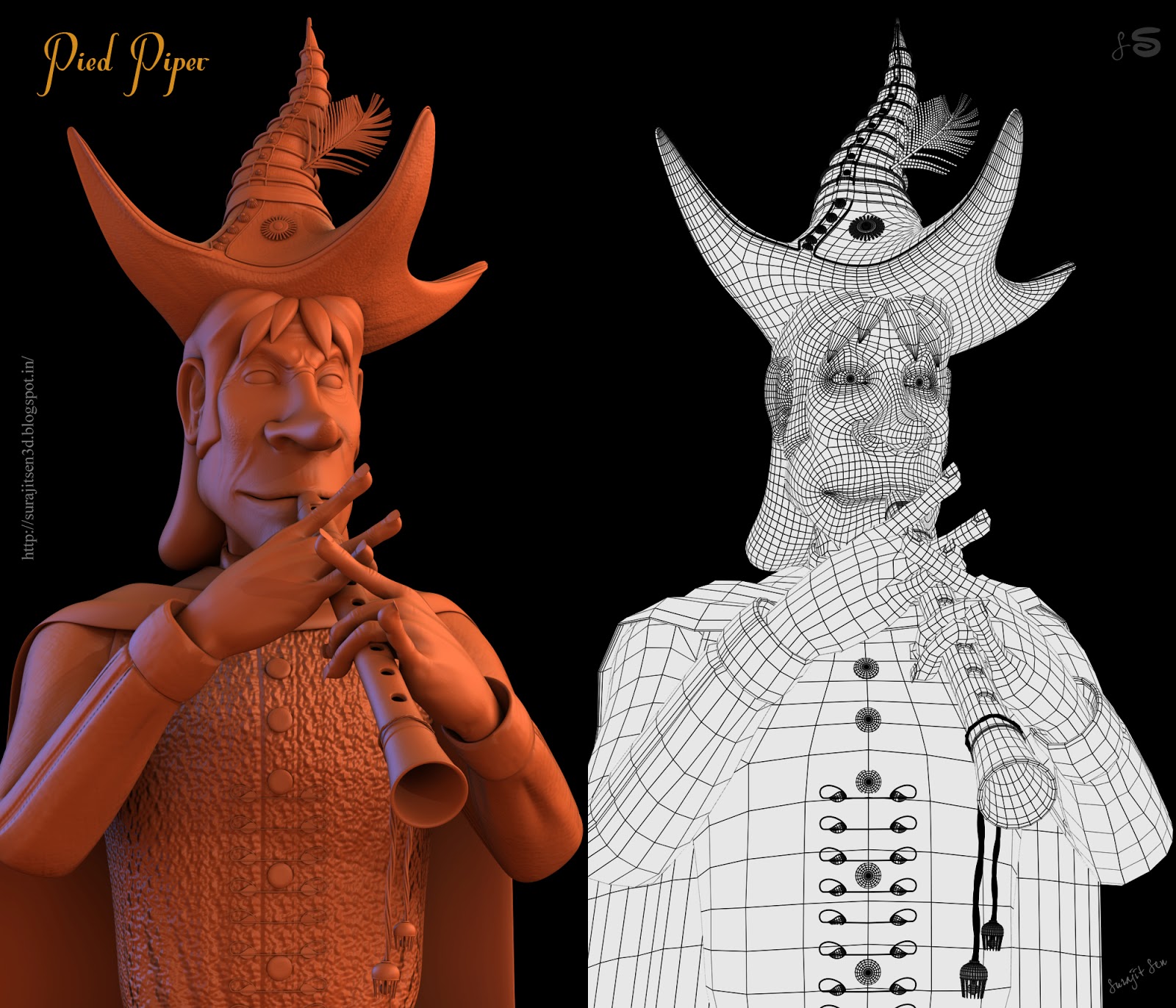 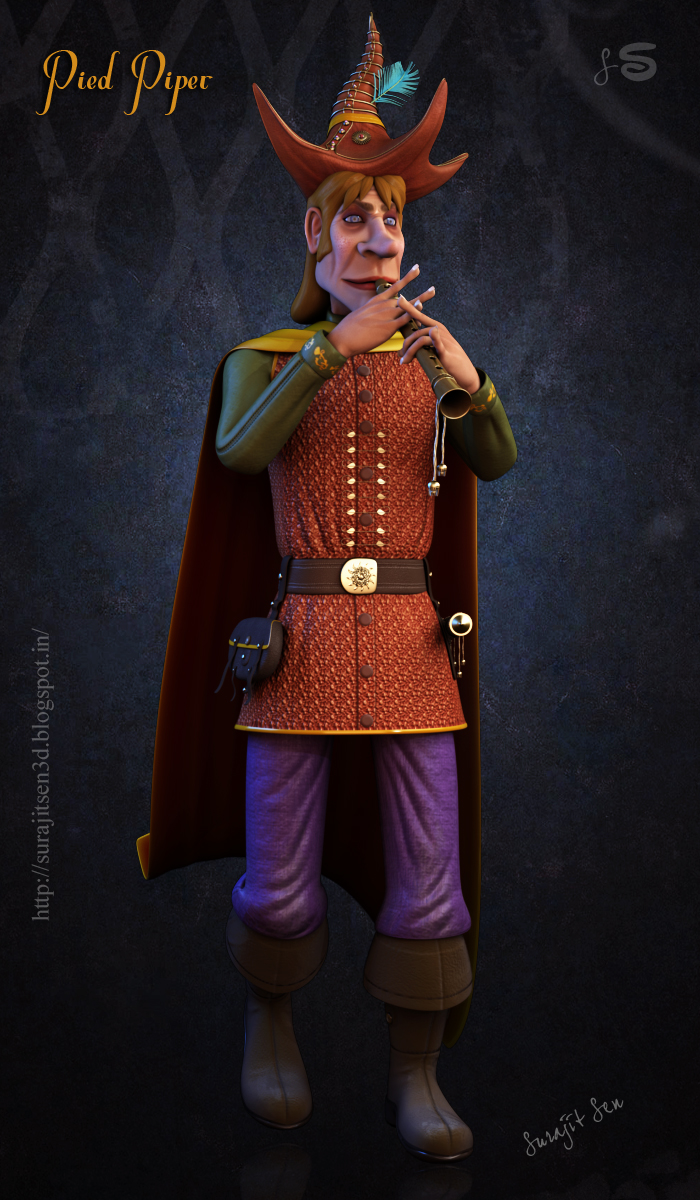 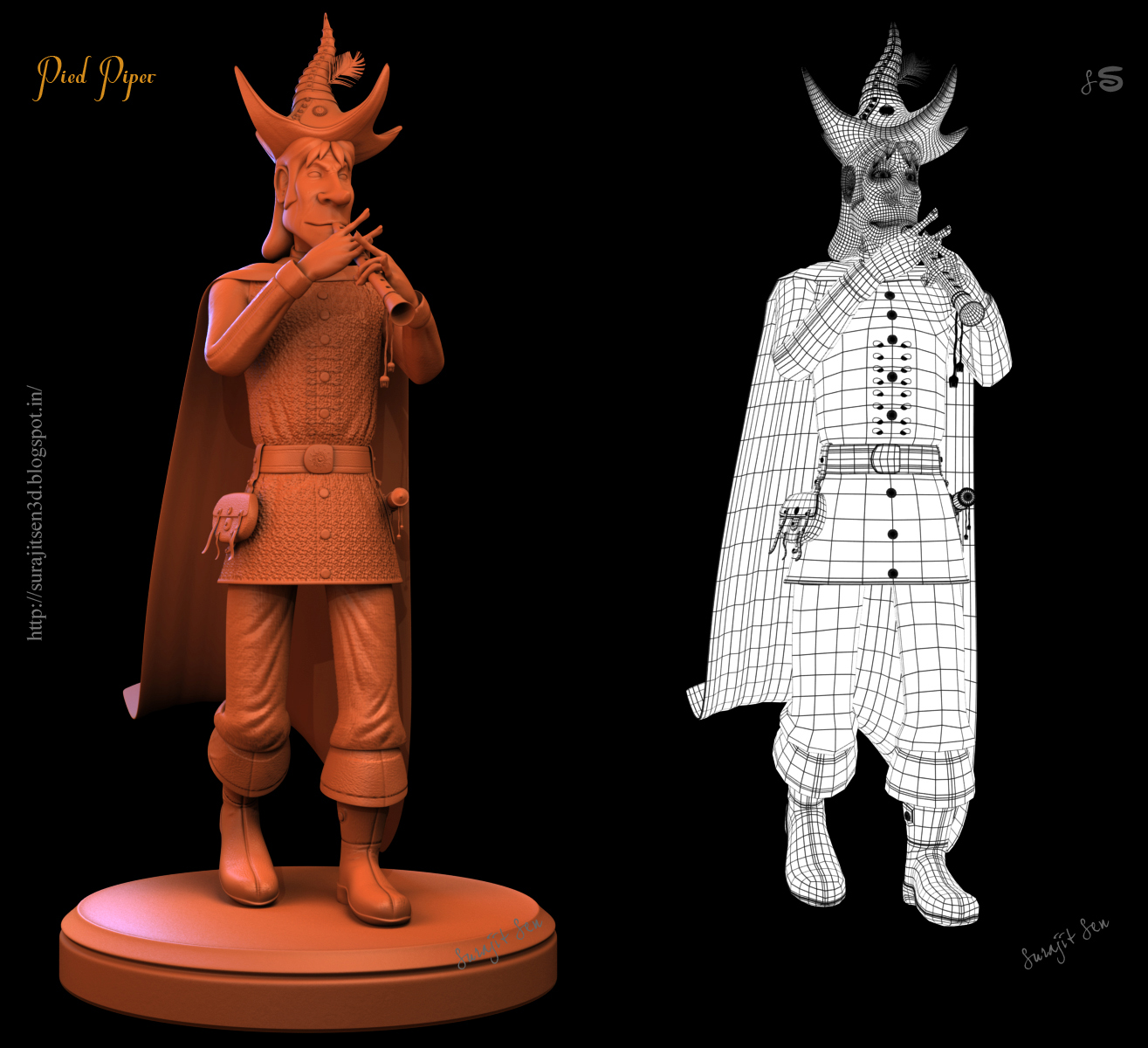 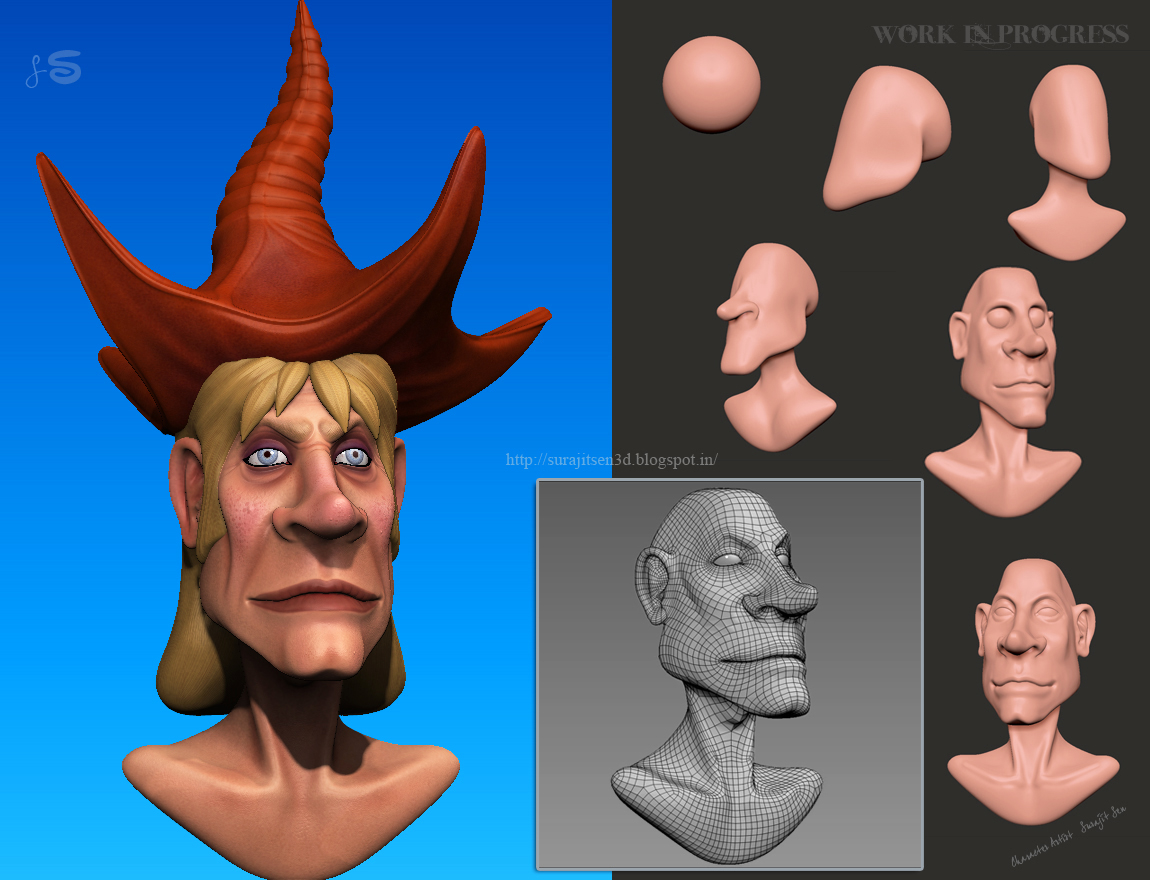 I did this head sculpt few weeks ago.
Applied Metal Shader …just for fun

Lot of works are pending…