Now I have permission to show my contributions to Pacific Rim I thought I’d share some of the Kaiju designs I produced for the project almost two years ago.

This was an experience beyond any other job I’ve ever had, both in terms of scale and scope but also in being my dream subject matter GIANT F’ING MONSTERS !

I was fortunate to work with some of the most awesome artists and designers out there and we had the best time EVER !

As is usual with any GDT design process, the project involved a lot of cross-pollination between the whole team and the end result usually ended up being stronger for it.

Here are my passes at some of the Kaiju characters, which always started in Zbrush. I just wish Dynamesh had been available back then …

Unfortunatley, a while after finishing on Pac Rim three of my drives (yes back-ups as well ) burnt out (faulty power source) and I lost everything, including all my development sketches and z-sculpts for the project - these designs and a few sculpts are all I have left now.

They are all bad-asses - check out their work !

I 'll try to post some sculpts at a later date… 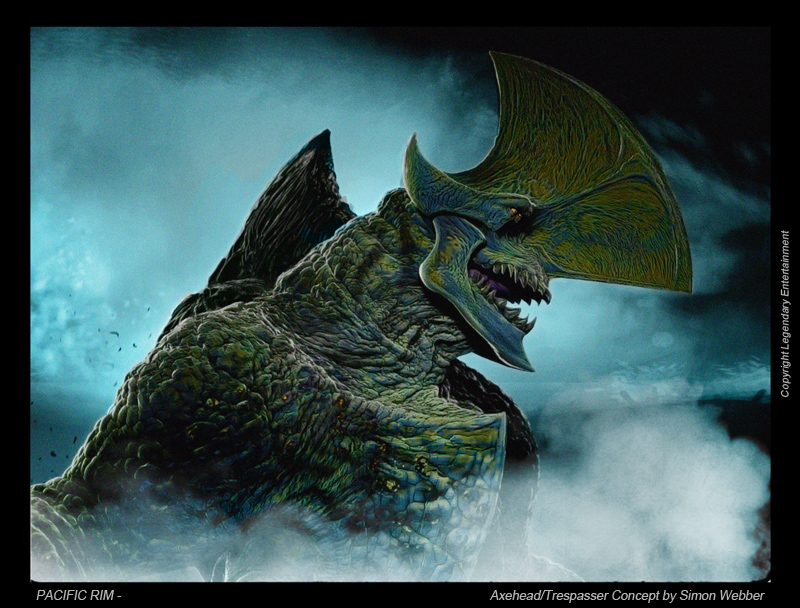 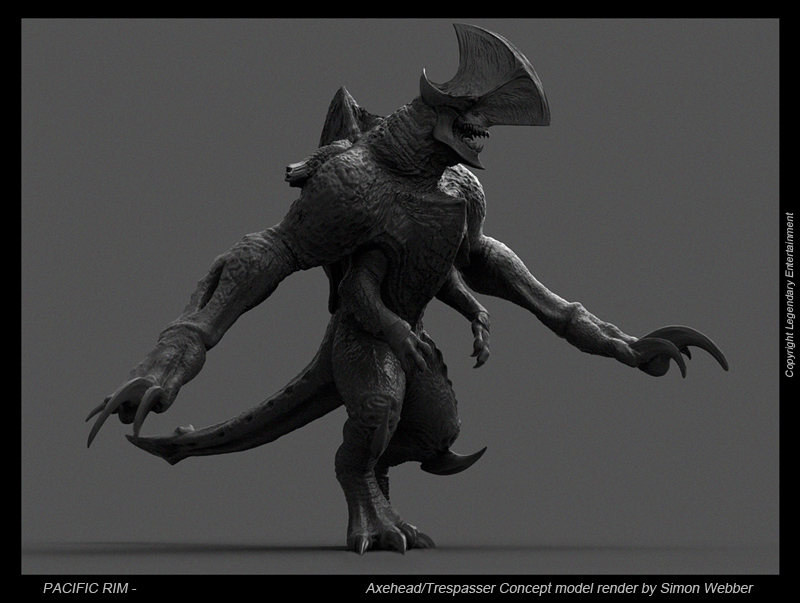 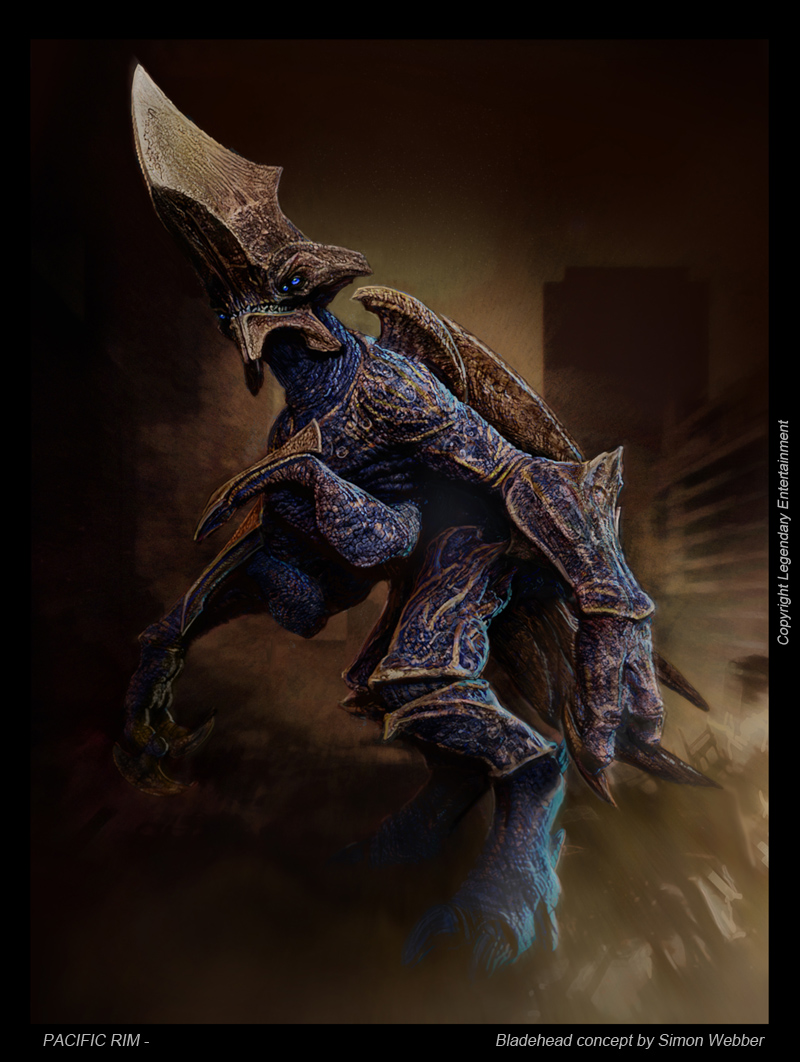 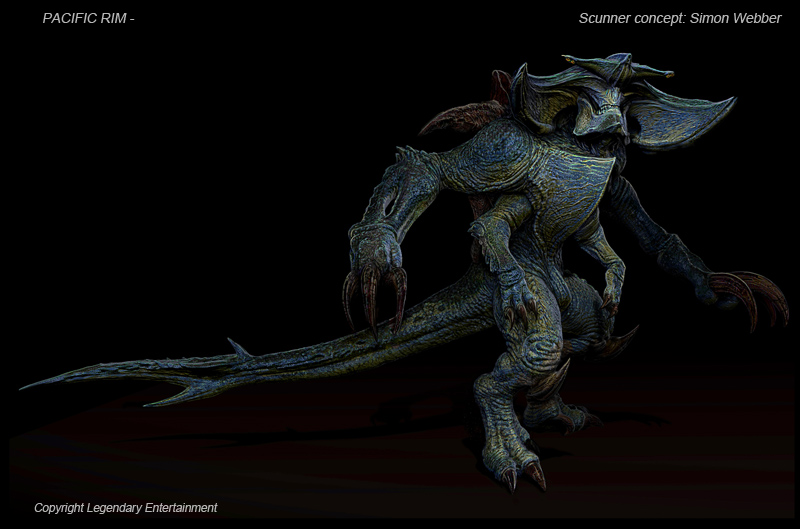 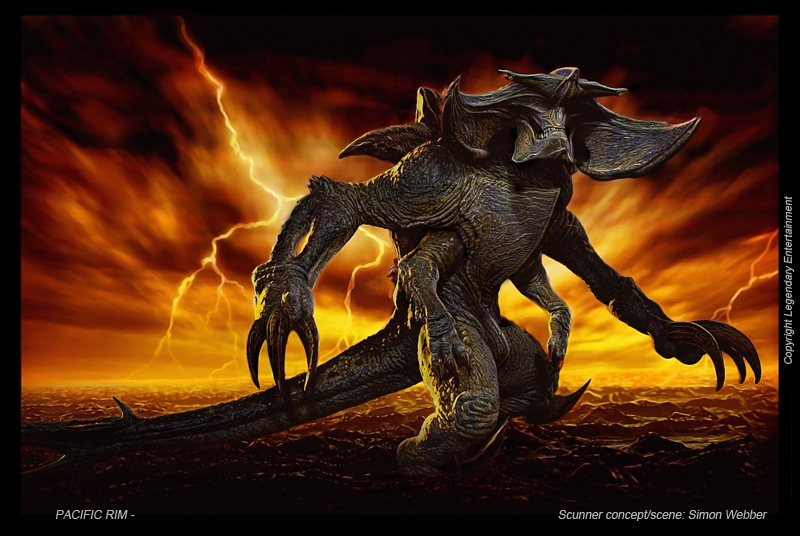 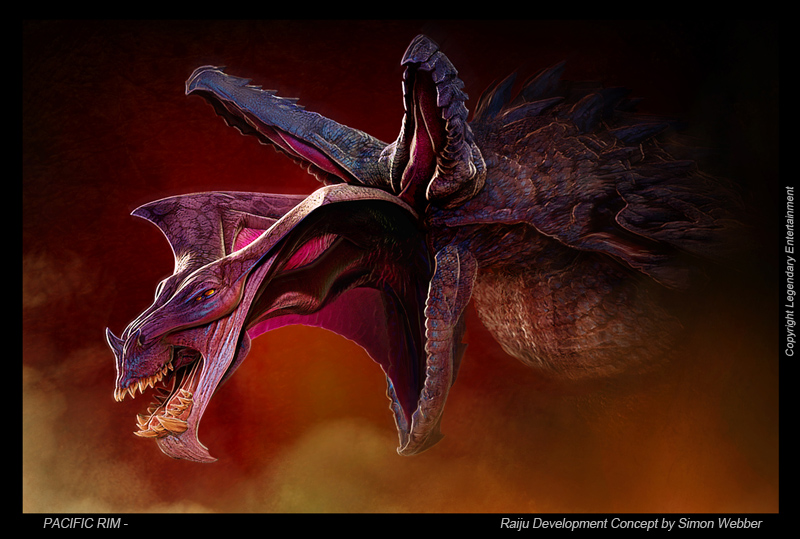 Crazy stuff SIWEB. I really liked Pacific Rim, I can’t believe that it didn’t do better at the box office.

I realy enjoyed it too, thought it had old school charm without the need for the overused 'dark ‘n gritty’ attitude of a lot of movies these days.

I think the total is up to around $178 million so far (ten days) and it hasn’t yet opened in Japan, Spain, China and a few other places…so there’s hope for a sequel and some more monster goodness !

Awesome work! I really enjoyed the movie, and I’m in admiration with all the creature work done! they are just amazing!!
I hope the film will have the sucess that it deserves!!!

That first one is so cool!

really great designs! I enjoyed the movie and the whole mood of the action! congrats

Awesome! Nothing beats a good old Kaiju. looks like you had a lot of fun, still hanging out to see the movie.
sucks you lost your HDD’s man, would have loved to have seen all your iterations and process.

FANTASTIC work, sir…
i just got the “making of” book yesterday. it’s was a pleasure to see some of your work in there too.
really looking forward to see it, when it comes out here.

edit: ohh! just read your post… sorry to hear about your hd’s. i had the “pleasure” last year. still debating with myselfm wether or not i should try and get it fixed (rescued what maybe could be rescued). but it’s quite expensive.

I’ve watched the film, and can’t recall any of these characters in it. Can you please tell me which ones are these, where do they appear? I quite enjoyed the movie despite the overkill with throwing “kaiju” and “jaeger” words like mad

Great gig, you must be proud, cheers!

Ras - sorry you had similar troubles with your drives, I tried to get mine back from the dead but no joy !

I hope you get to see the movie soon, it’s big fun !

The third is Bladehead/Mutovore (in the movie his head and neck is that of an earlier design by Hugo Martin and Wayne Barlowe) he attacks Sydney, Australia in daylight.

The fourth and fifth images are of Scunner, who appears in the final battle (he is beige/brown with glowing green markings)
And the final image is an earlier version of Raiju, which subsequently reverted back closer to the initial concept by Francisco Ruiz Velasco.

Ram - Z
Thanks dude ! I have already ordered several ‘Scunners’ !
Gotta have a stunt copy or two, right ?

I really enjoyed the film! Thanks for sharing with us all!

Outstanding work! Love everything about this movie.

Sorry to hear about your crashed HDs.