Finally able to get around to posting up some renders of my first sculpture for Weta!

Orgrim 1:10 collectible statue, based off character designs for Warcraft: The Beginning provided by Blizzard, ILM and Legendary Pictures.

I sculpted this figure based off the 1:1 scale Orgrim statue Weta had previously sculpted. I sculpted this figure from scratch although a low poly base model which I ended up using for the proportion reference was supplied by Legendary.
[FONT=arial]
Sometimes its much faster to do that, than take a film asset and ‘make it work’.

I may try to take some more images and upload those, such as hand / glove details / boot details and so on. There is so much going on in each of these characters!!

The Doomhammer was sculpted by Gary Hunt.

The rocky base was sculpted by Layna Lazar

The warcraft plinth was modelled by James Doyle.

I hope you guys dig it 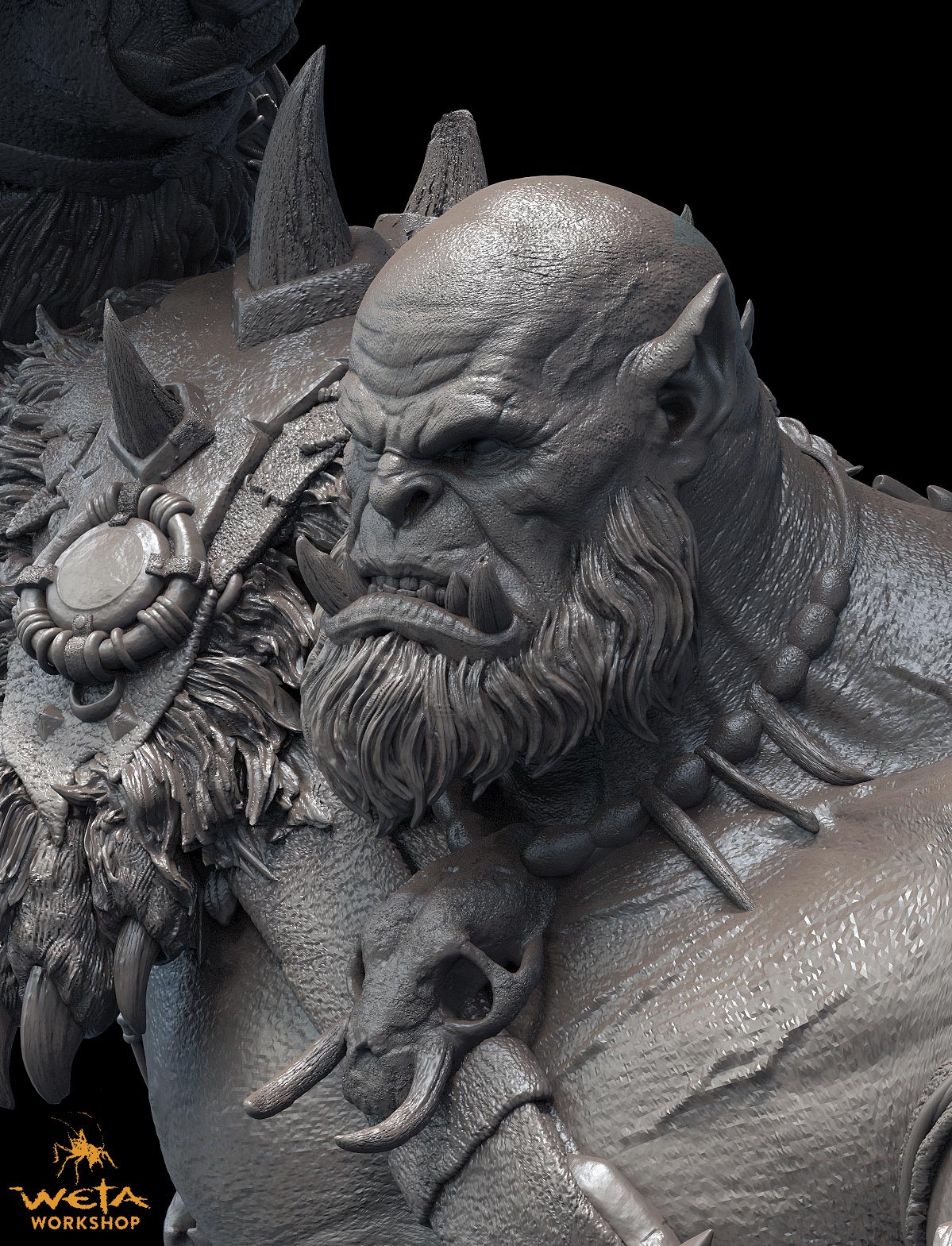 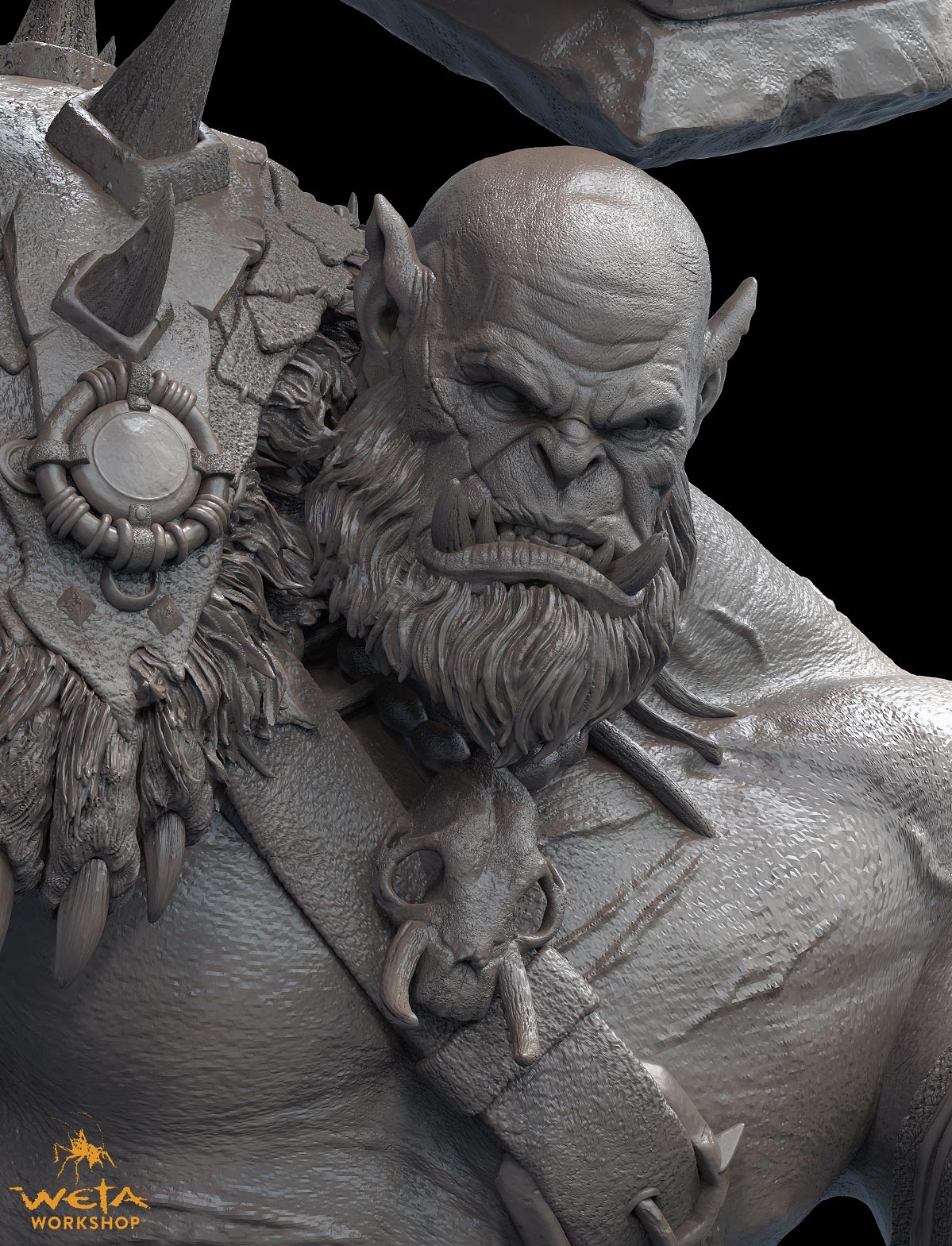 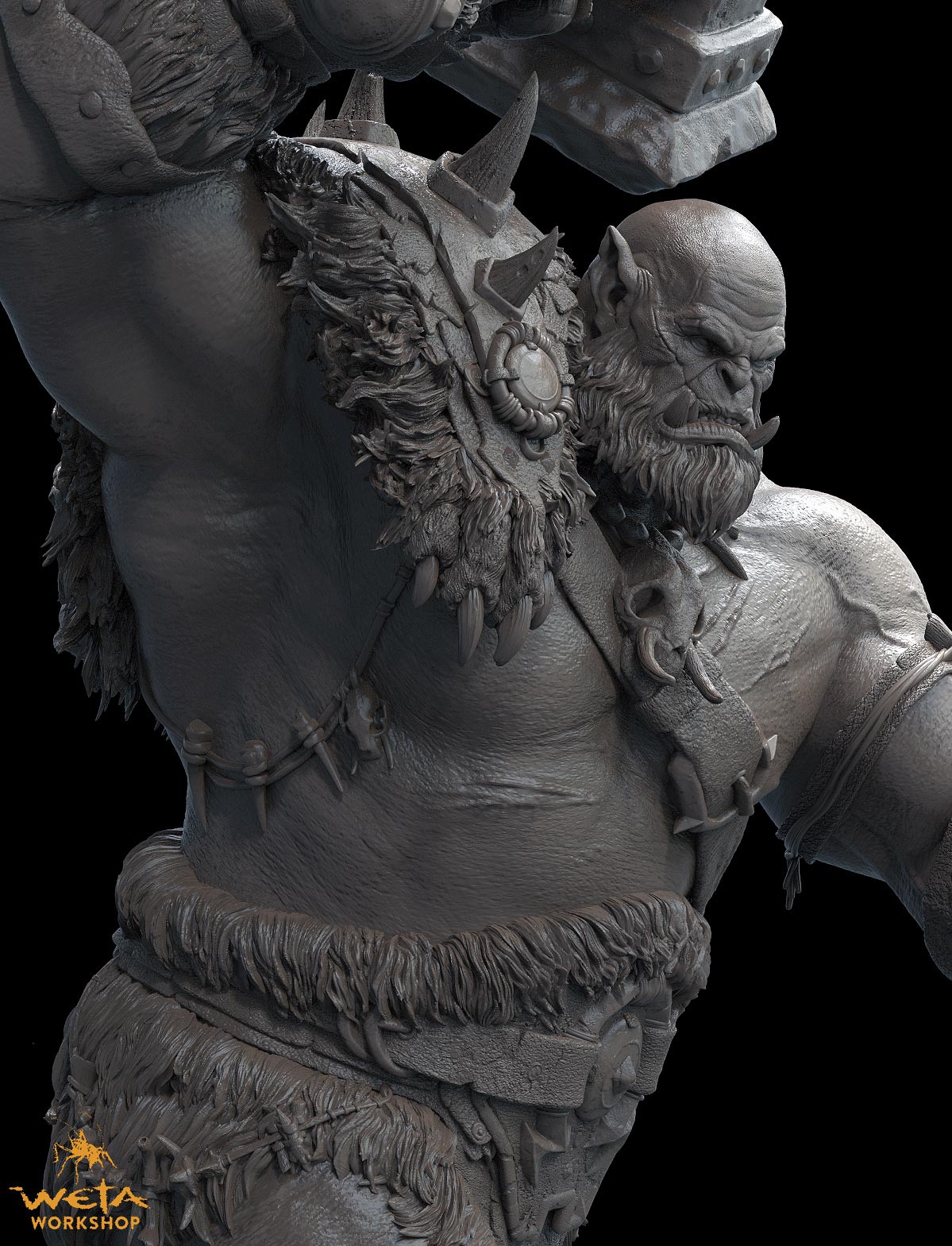 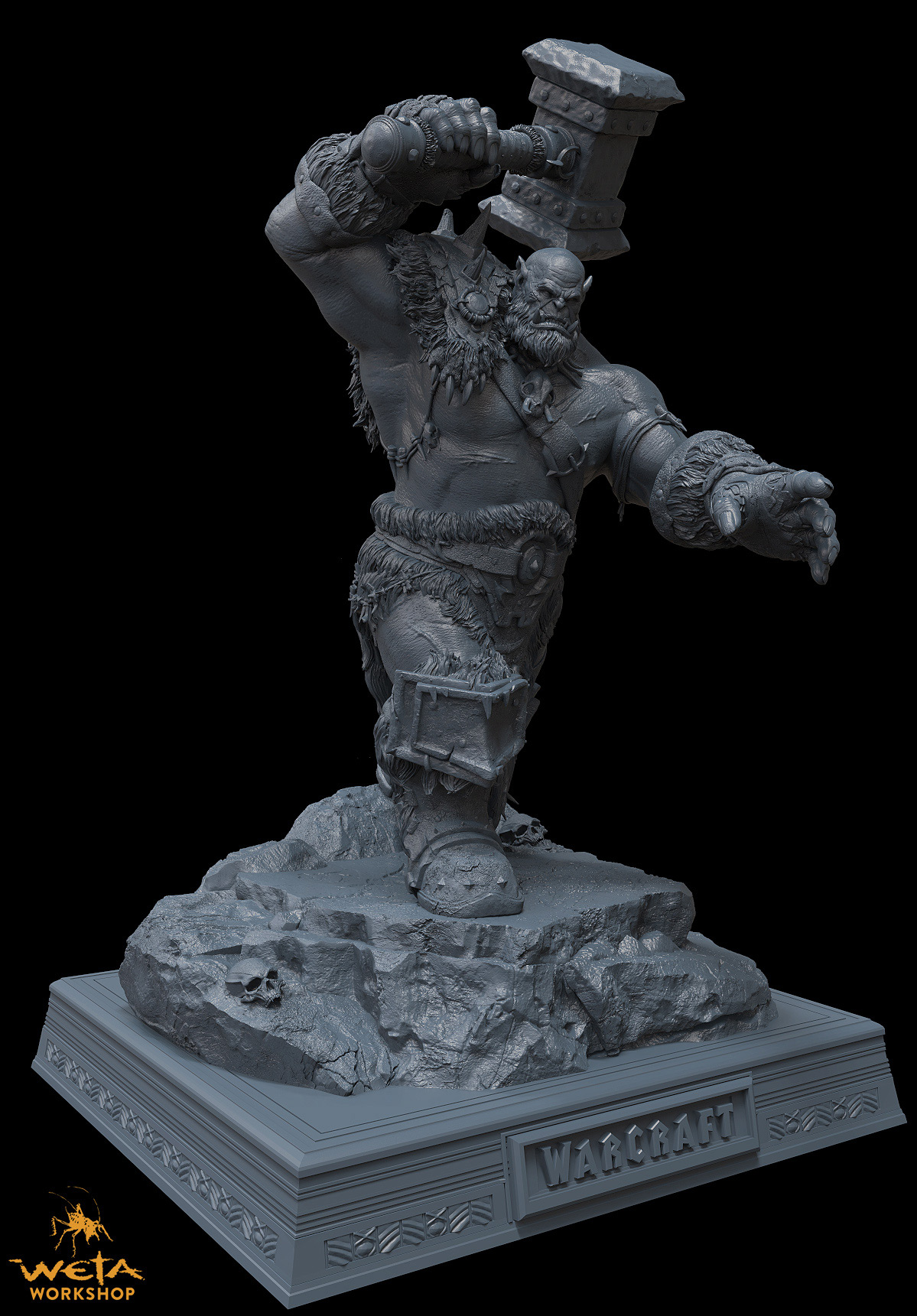 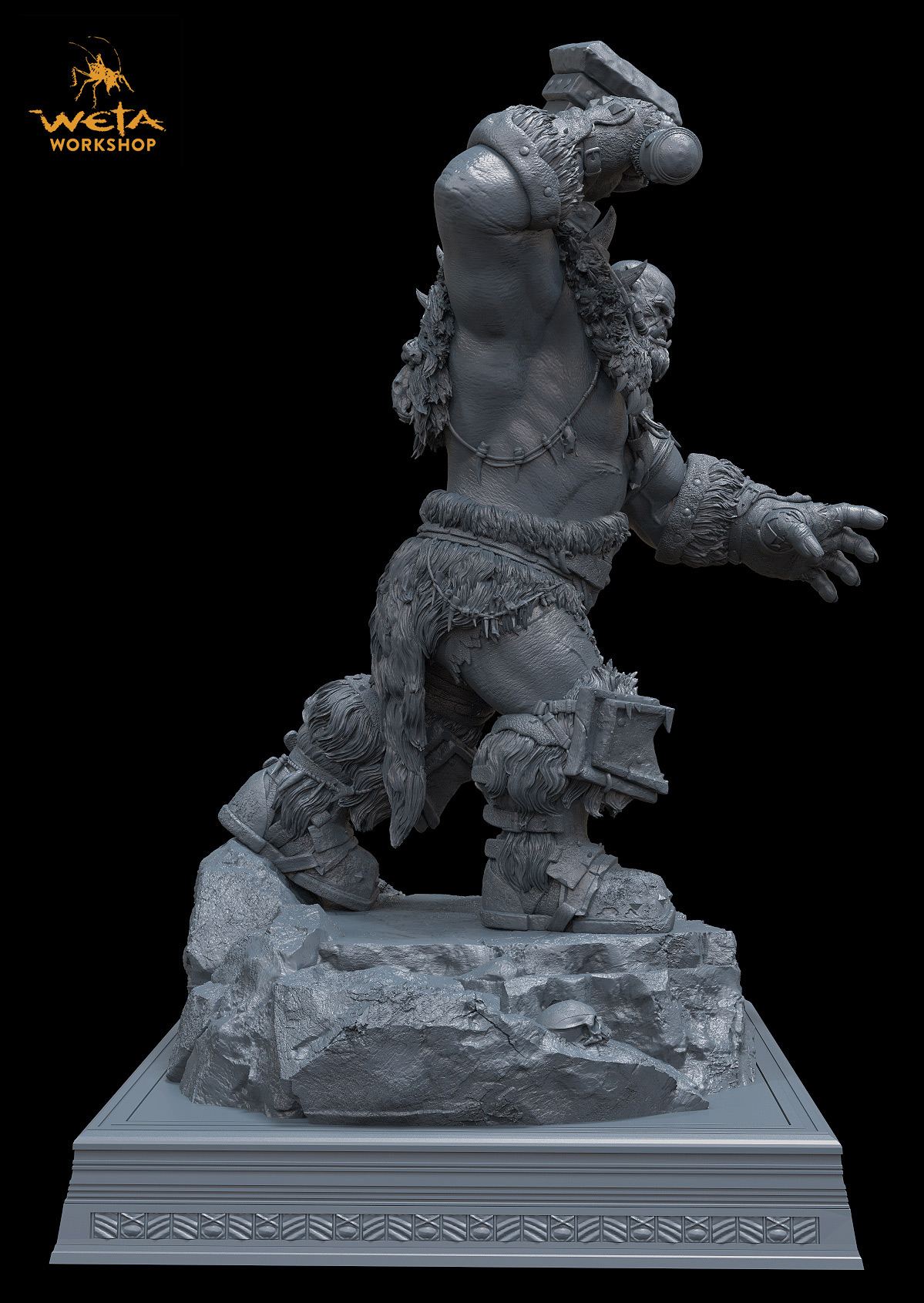 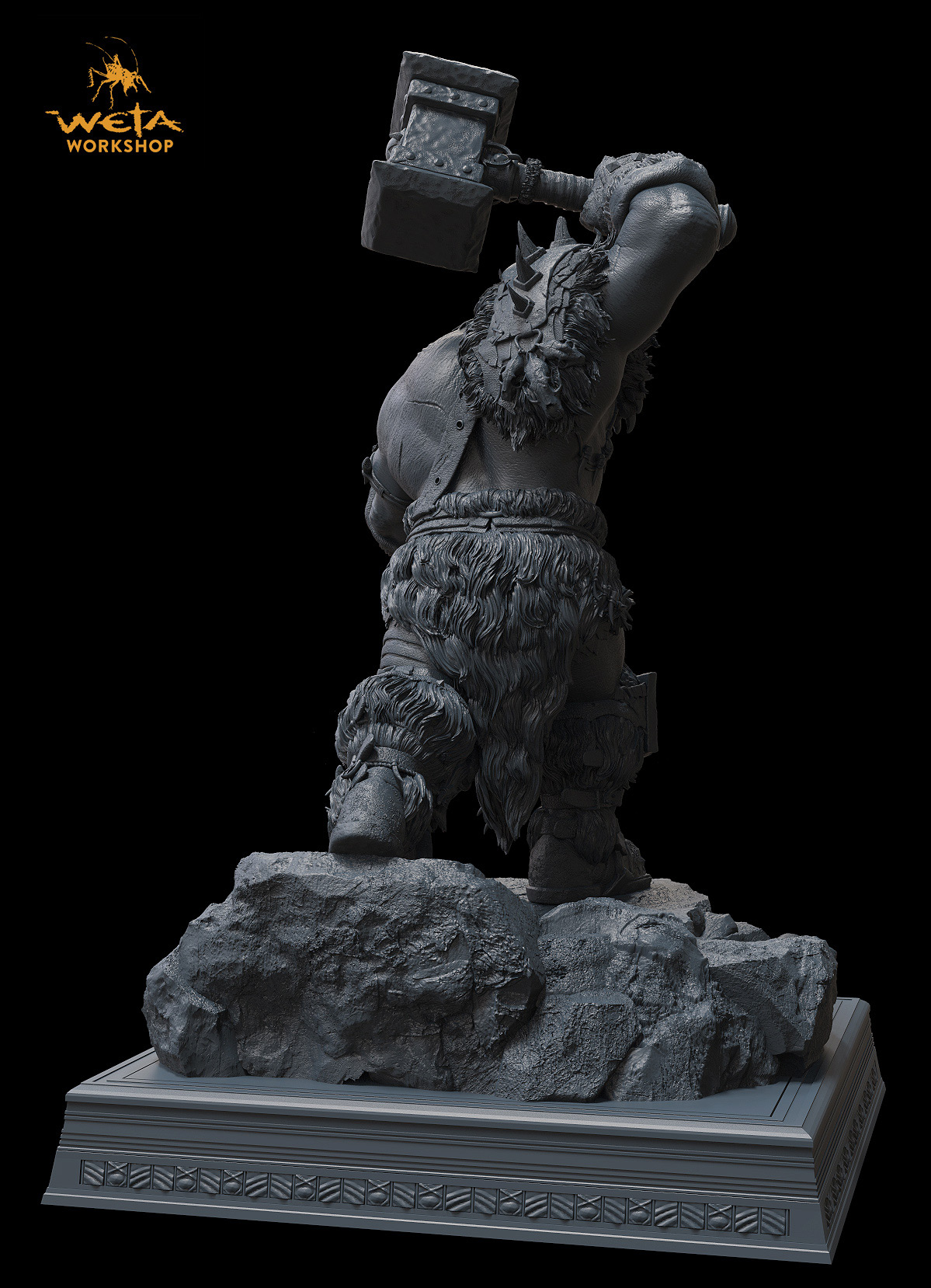 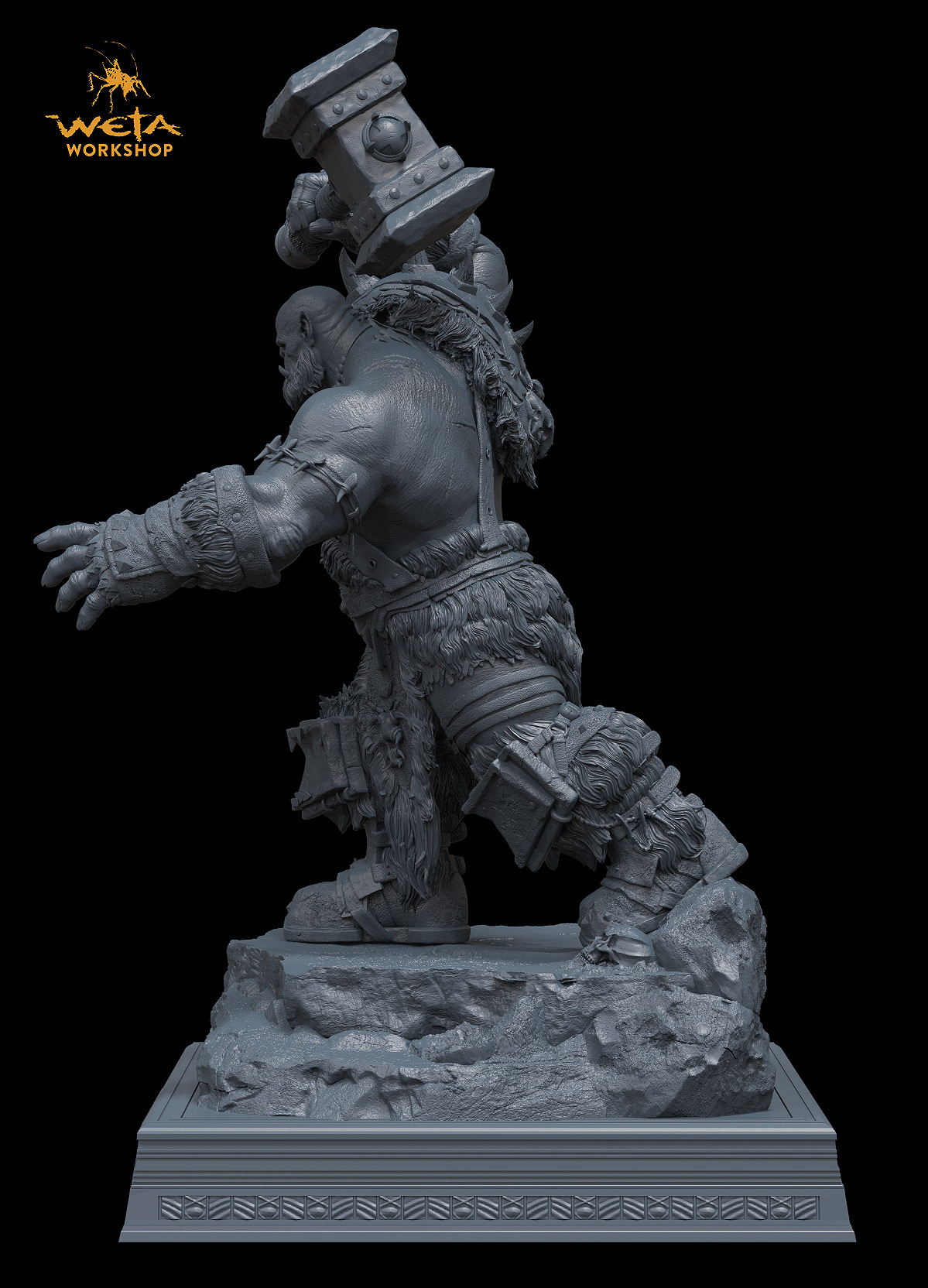 Very very good! No words for this.

HEY MAN I LOVE YOUR WORK VERY MUCH! FANTASTIC!!

Awesome stuff; turned out great! Thanks for sharing.

Thank you all for the kind words

I really appreciate them!

Do you have any tips and advice about how you accomplished the fur, especially around the boots area?

I started off by creating a roughly hair shaped tapered cylinder and then enabled fibermesh. I tweaked the setting so that there were very few hairs, but they were thick and chunky. I then dynameshed the result together and sculpted on top of that to enchance the fur depth and variation and also to ensure there were no holes for production purposes.

I then repeated that process a few times so I had a few different chunks, which I then randomly placed around to build up the ‘fur’.

Once all those were in place, I dynameshed again, projected the details - and sculpted again over them to eliminate any repetition.

I hope that explains it!

Amazing work mate!
Since I saw your sculpt I started to do my own Version of Orgrim… not that happy with the results so far, so my question: Is there any possibility that you do a breakdown for the Details, like all the straps and laces. Your fur workflow is awesome btw!
What polycount did you end at?

ok enough of the questions, love your work!