Hey guys long time no post:) With the release of the new version, I was going to simply post my beta images to myoriginal sketchbook thread.

Its a decent thread with of decent work:

But I think its time I moved on to a new sketch blog. Something that I keep for myself and myself alone. I’ve been very busy and hence as such havent had a lot of time for personal work. This thread is just for me to escape and get away. So like what you like, or not haha. Its not for you

Anyway with the release of the new beta came new challenges, and new tools, the one tool I gravitated towards (as seen on the website’s page and zclassroom) was the new Qremesher. The idea of automatic and influenced retopology excited me. I wanted to see what I could push and what I could do in a day.

What you are looking at has been rendered in maya, however this character started from a sphere and at NO TIME, was any thing but ZBRUSH used in the modeling, texturing, UVing, retopologizing, etc. of this character

How I got to this point can be summarized by how I did another model of mine for the beta, a male and female from a sphere.

The idea was to start with a simple sphere and dynamesh the crap out of it until it was in the shape of a human male:

I then painted on the curves using the Qremesher brush, what followed was simple amazement 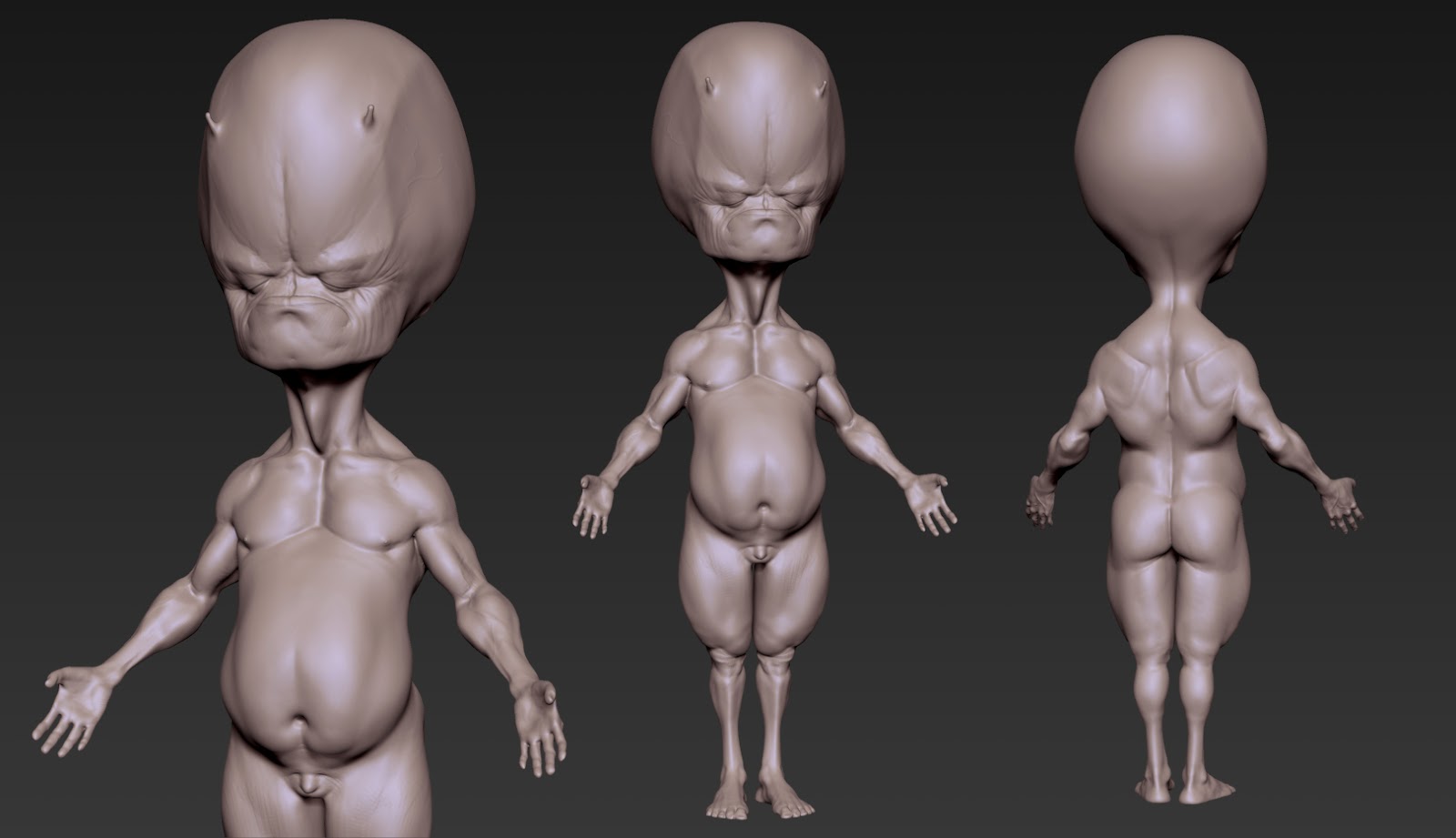 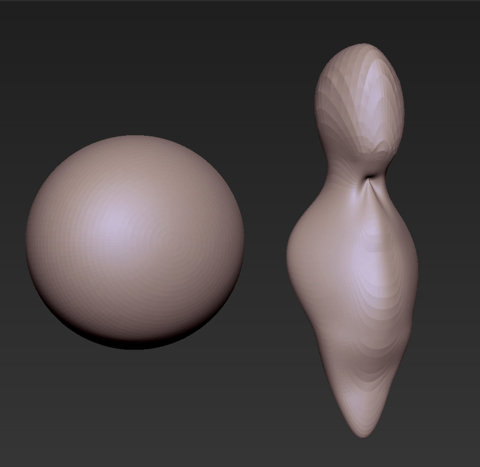 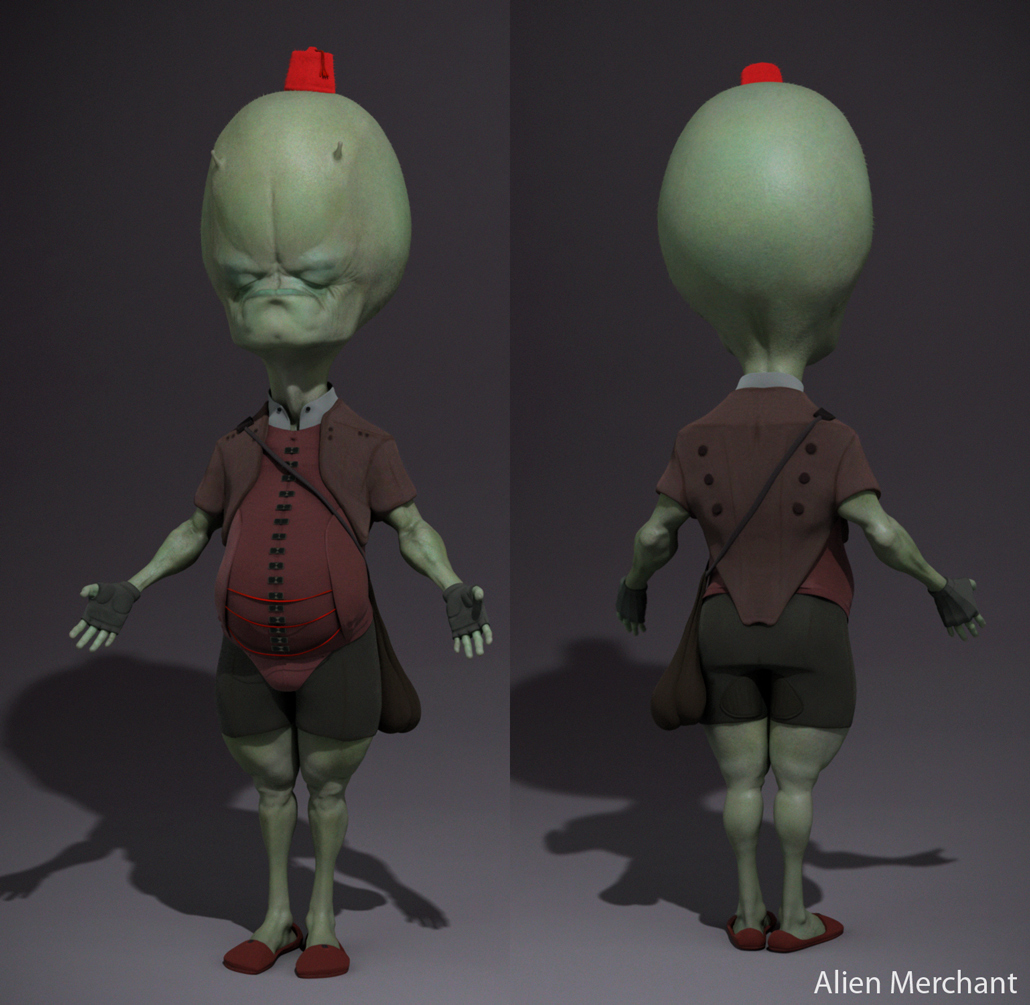 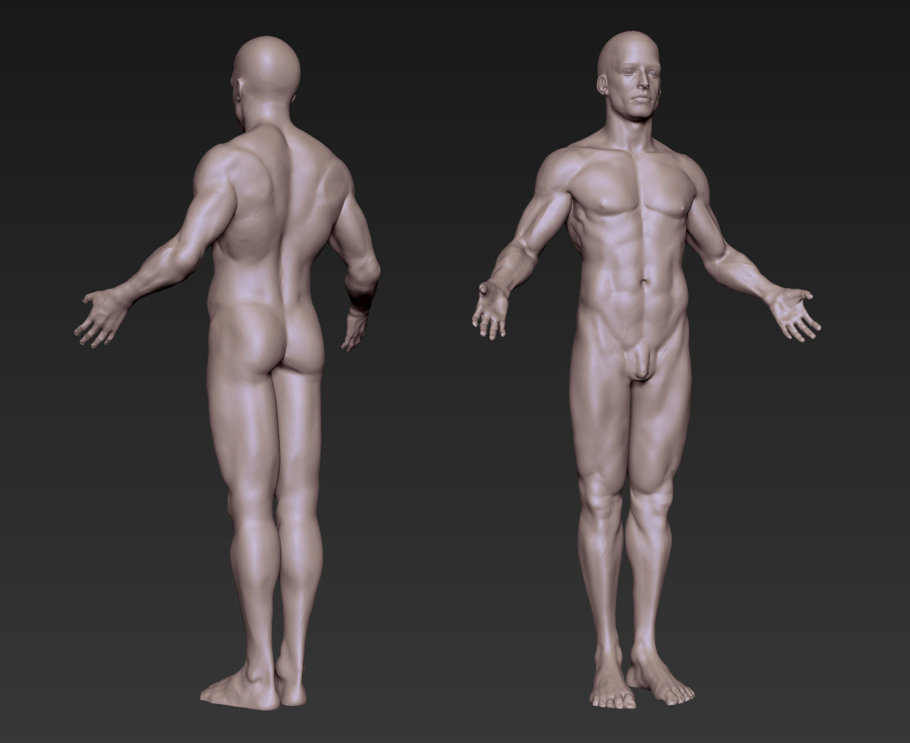 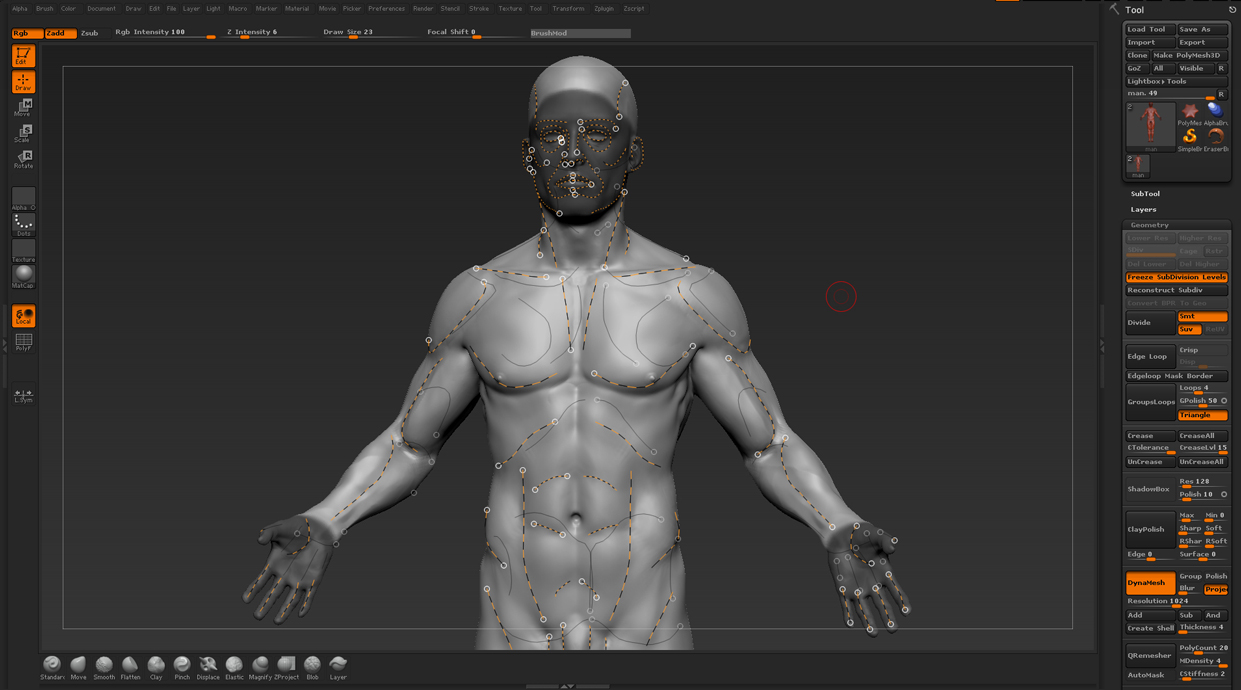 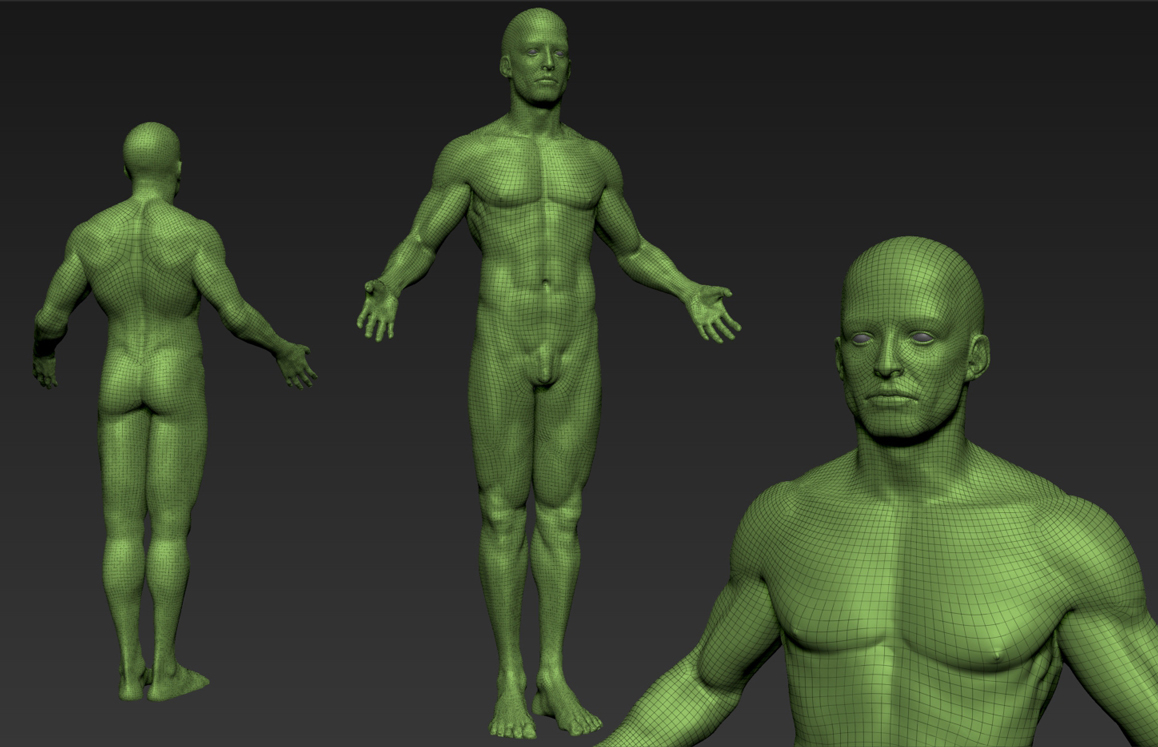 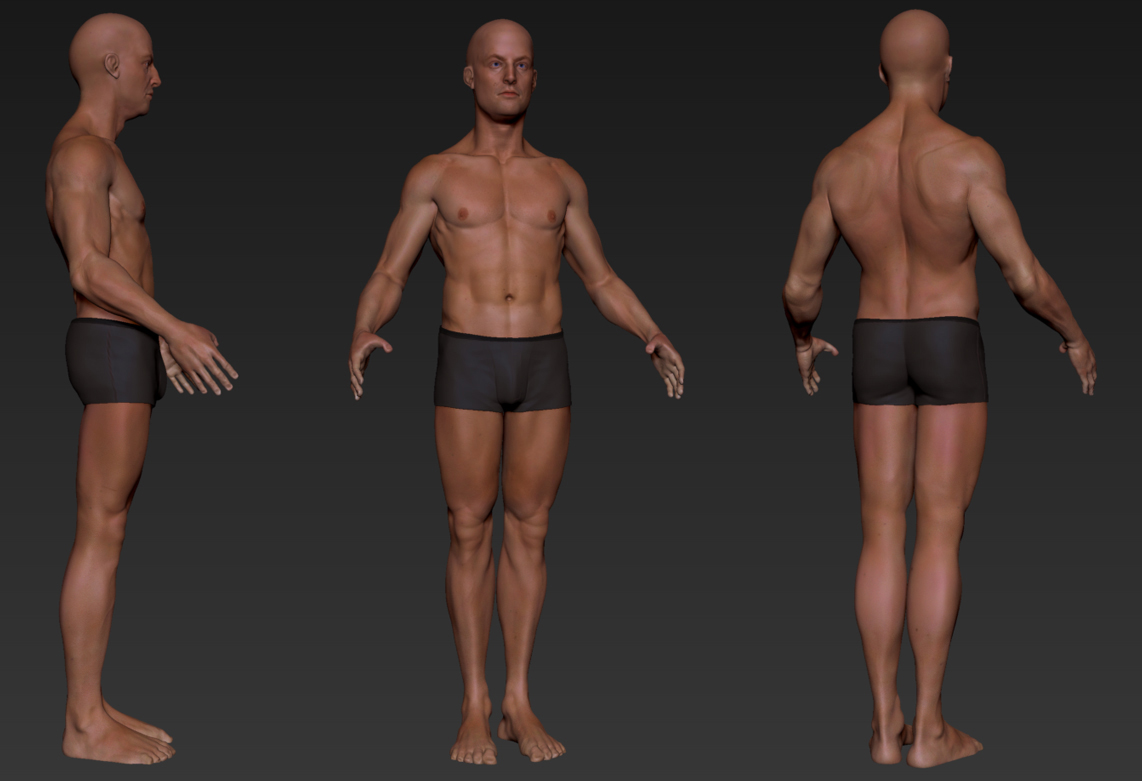 What follows now is a some new work that I am doing, each obviously not finished, I’m going to attempt to finish a few pieces, but here are some sketches and shtufffff 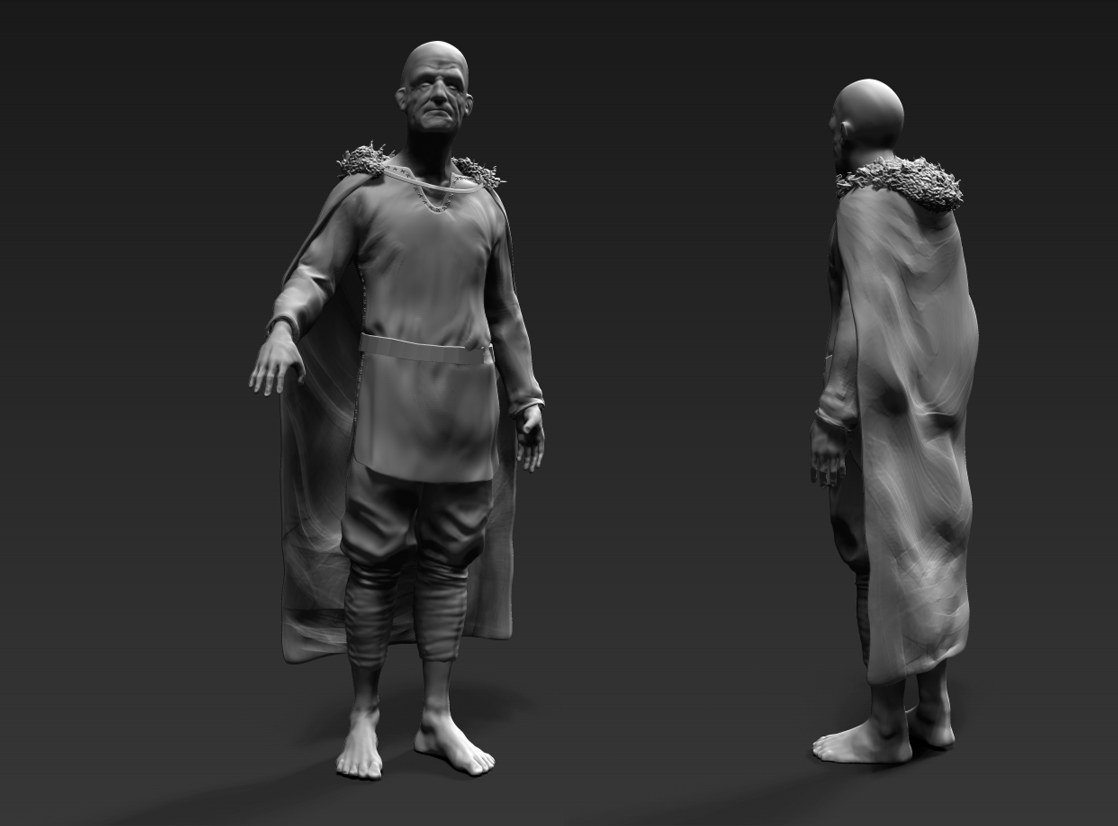 I also did a quick studio render of the original body, just to see what it would look like: 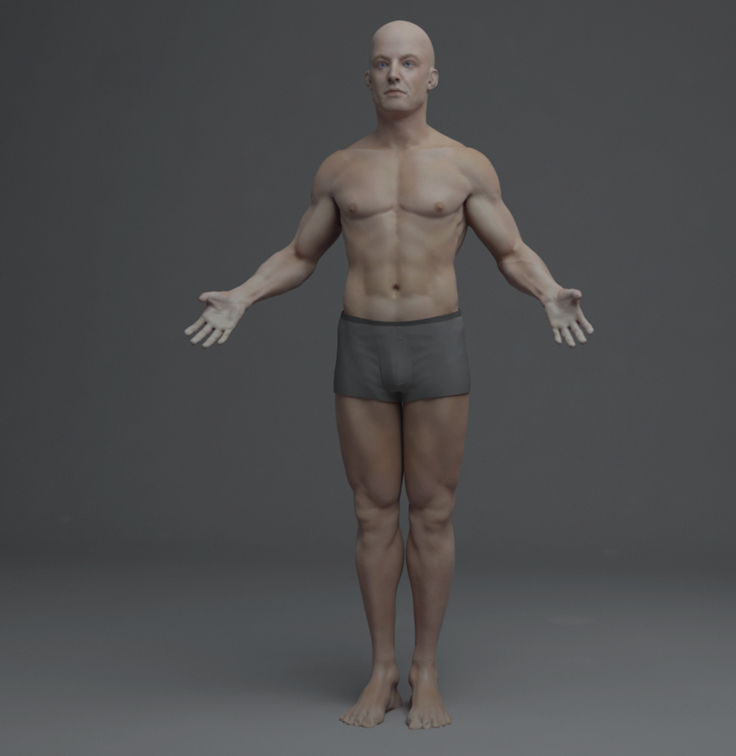 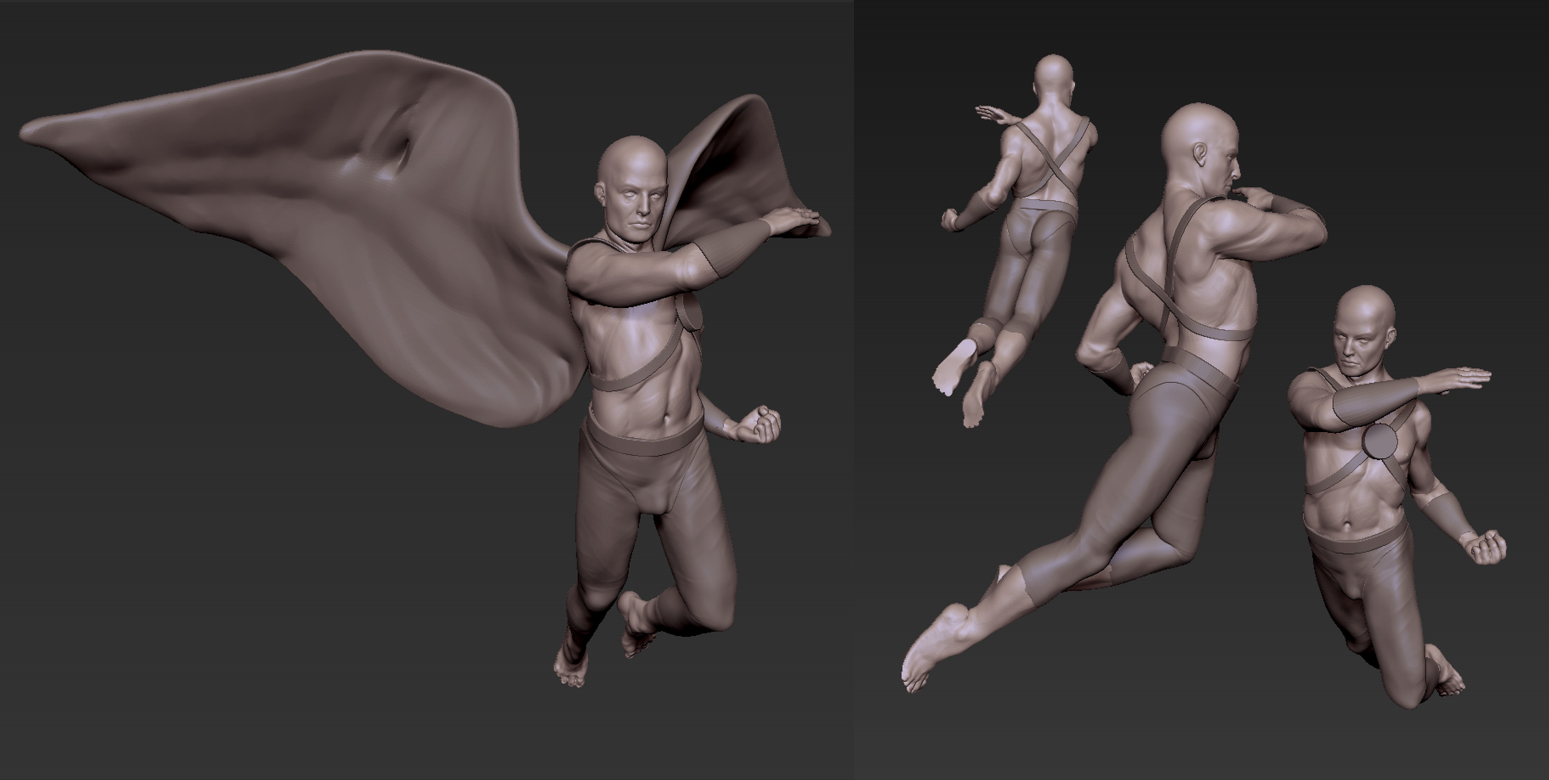 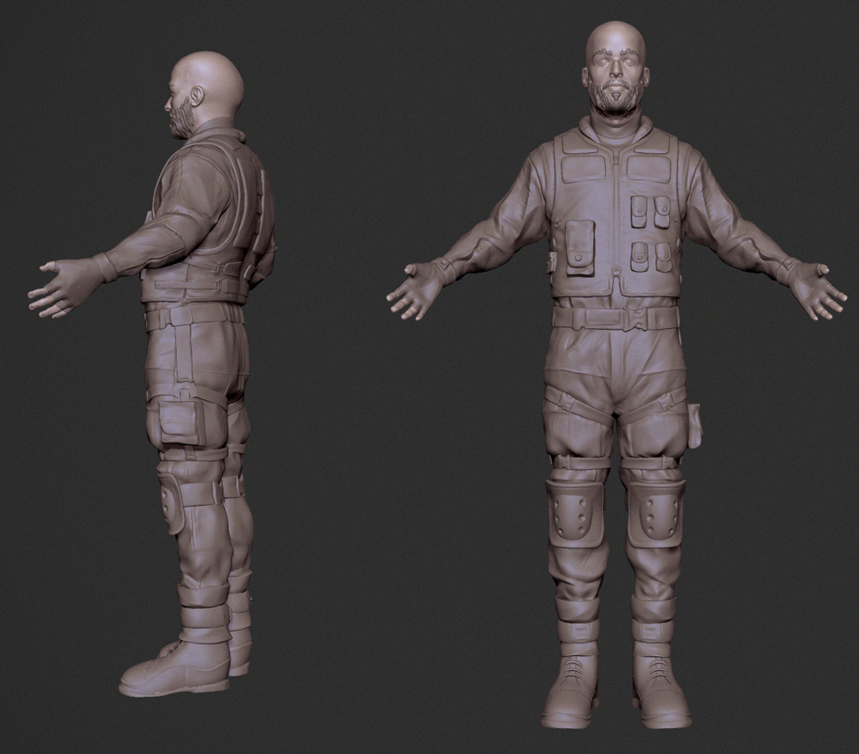 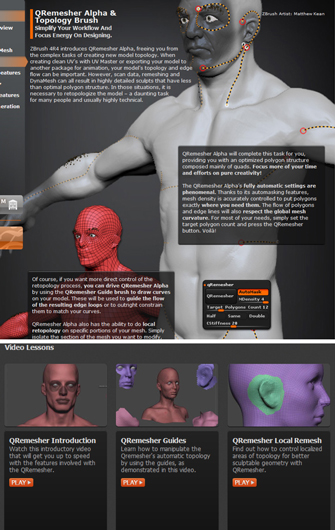 Great work man. I love your sense of contrast too! Like the tiny hat on the huge head, for example.

nice work on your part too. This new sketchbook has been something I’ve been dreading, but my old one is ridiculously long haha

Couldn’t sleep so I did a little work on the old viking, not a ton, but something I also took my zombie boy render and put it through photoshop: Thanks so much man, and love your zipper brush, I might use an adaptation on my hawkman model I started

Okay, so blocking in done, going to begin detailing and tweaking Cool works! I really like how you did your male and female characters.

just a small update on hawkman, more of a concept of what I might want to do with it. Idk If I’m gonna do wings, trying to figure out a decent replacement. Heres a small update on the viking, I don’t if I should do the helmet, but I’ll have it here for now. very nice viking! old and tired of war, but still ready for a good fight! :eek:

ps: I was scared by zombie boy!

@Uber: Thats exactly what I’m going for, and well GOOD

So I just did a live sculpt on youtube, and it went well, minus some very poor microphone issues. If you didn’t catch it, I did a quick sketch from a sphere:

Which is now a stylized junkie 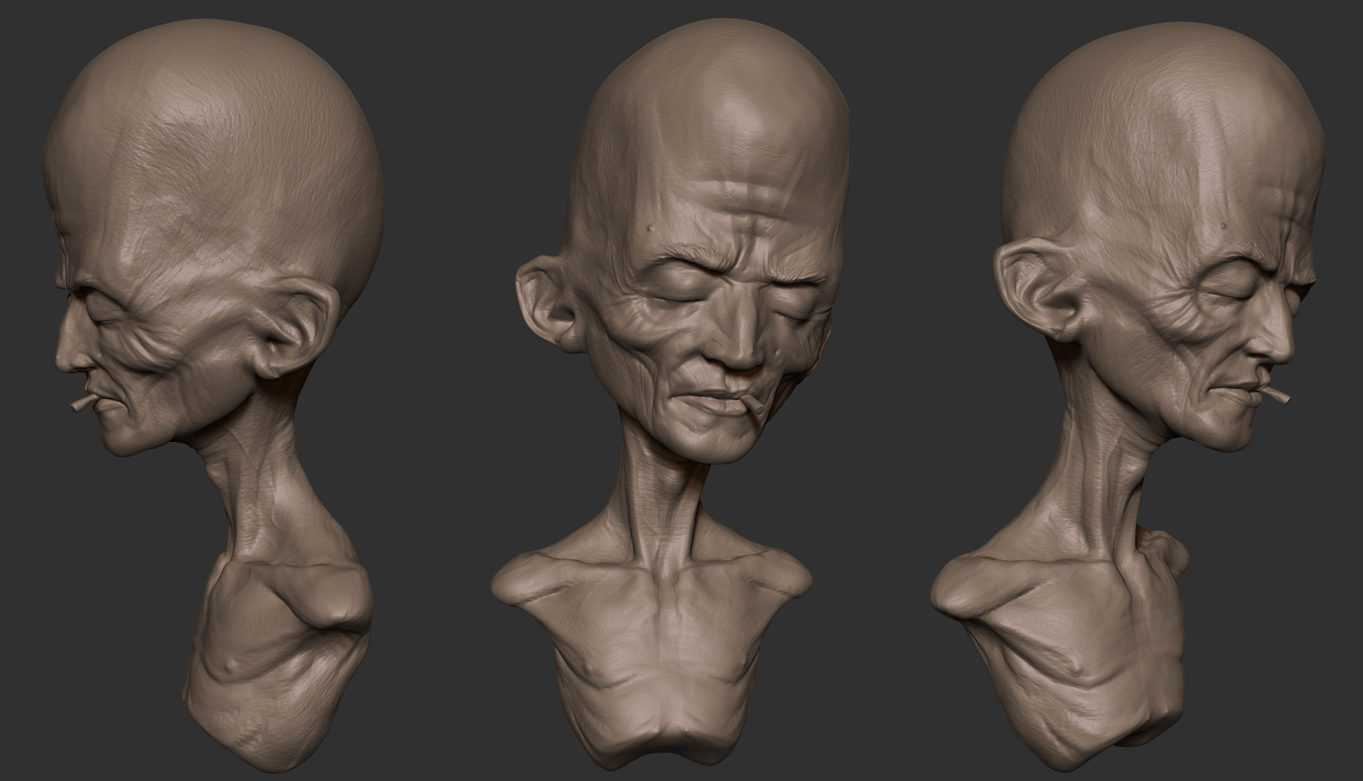 I did two more sketch sessions, each from a sphere, each with two different outcomes. Each took under an hour:
one session had me doing a Banjo Dinosaur from one illustration.

and another was sort of a prehistoric bird 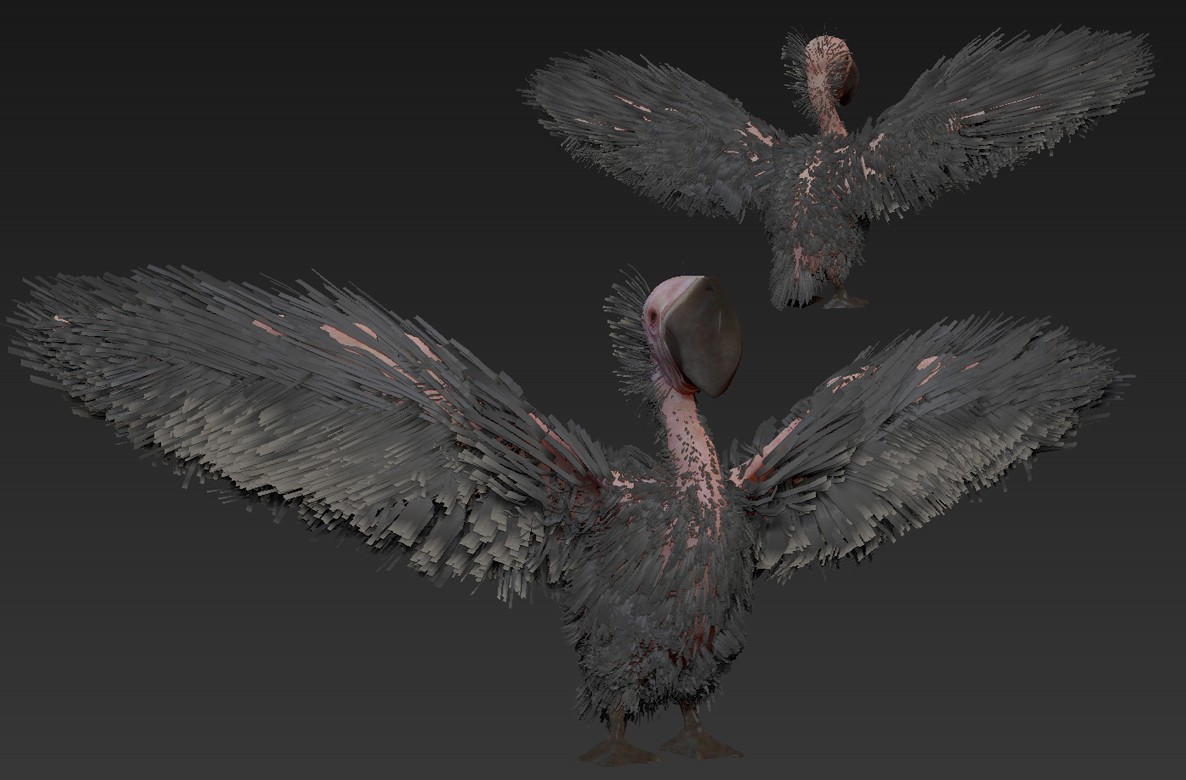 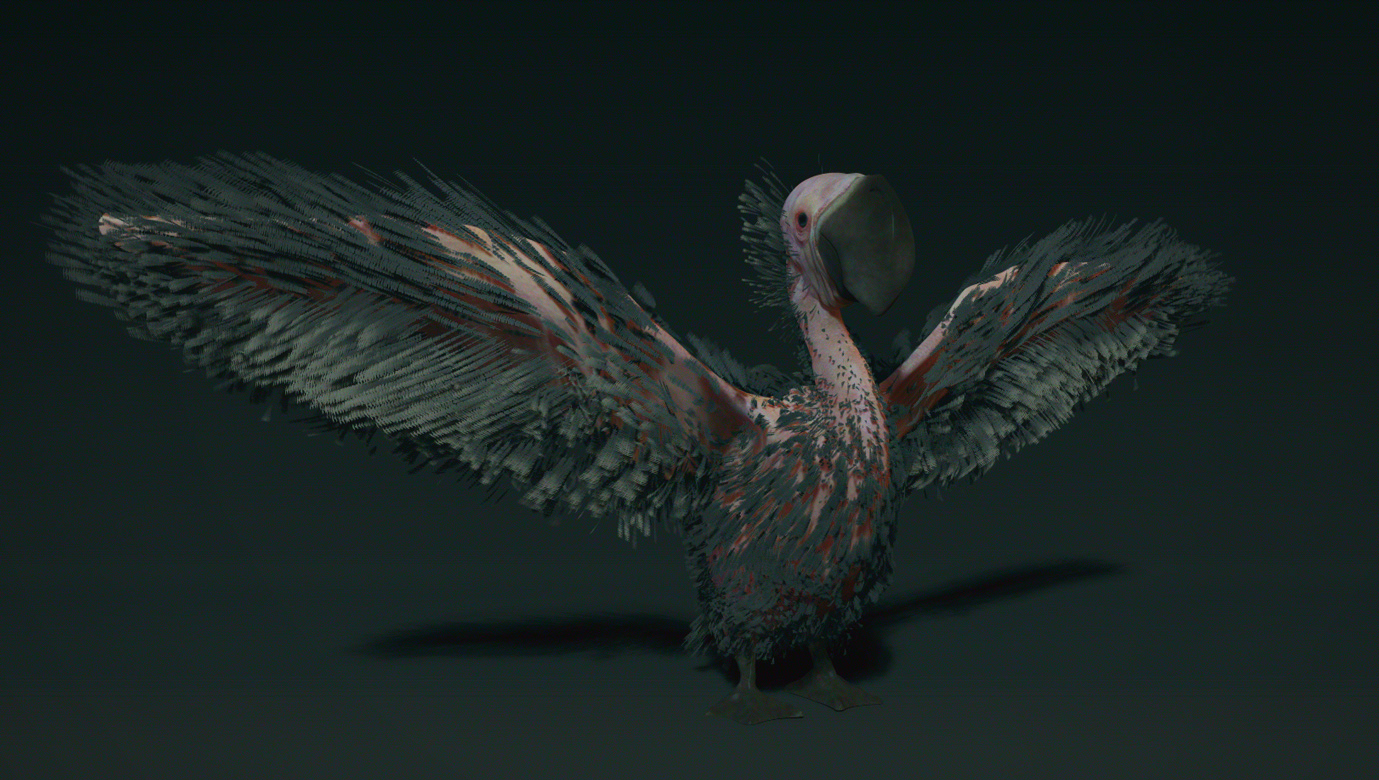 Dino movie was alot of fun to watch.

Hey,
I really like all of your work it is amazing, but I have been curious as to what Matcap you have ben using. I really like the color, the way the light bounces off the model and it seems like a comfortable material to work in. I know it is a silly question, but what is it?

thanks guys, and I’ll upload the matcap soon.

I’ve been busy teaching a course for the past two weeks, so I haven’t really been able to do much, though on a road trip I took yesterday I drew sketch on my cellphone (I love that we are at that point in technology) of a fictional creature. And a video showing progress. Its just a sketch, but I might texture him and give him a good render. But it was just to keep loose.

And without shadows just showing form.