I love the nostalgia of the old Rankin/Bass holiday specials and took it upon myself some time ago to re-imagine a key scene from their 1967 film ‘Mad Monster Party’ where the monsters are all treated to a musical number from the house band “Little Tibia and the Fibulas” - a trio of skeletons. Myself I’m a keyboard player so I had to include a fourth member on keys. Design of the skeletons is based on the Jack Davis originals, everything else is my own. Base modeling in MODO with sculpting of the skeletons done in Z-Brush. Also used Marvelous Designer for a few bits. Final rendering in MODO with color grading in Photoshop.

Here it is without textures–

And the skeleton sculpt in ZBrush– 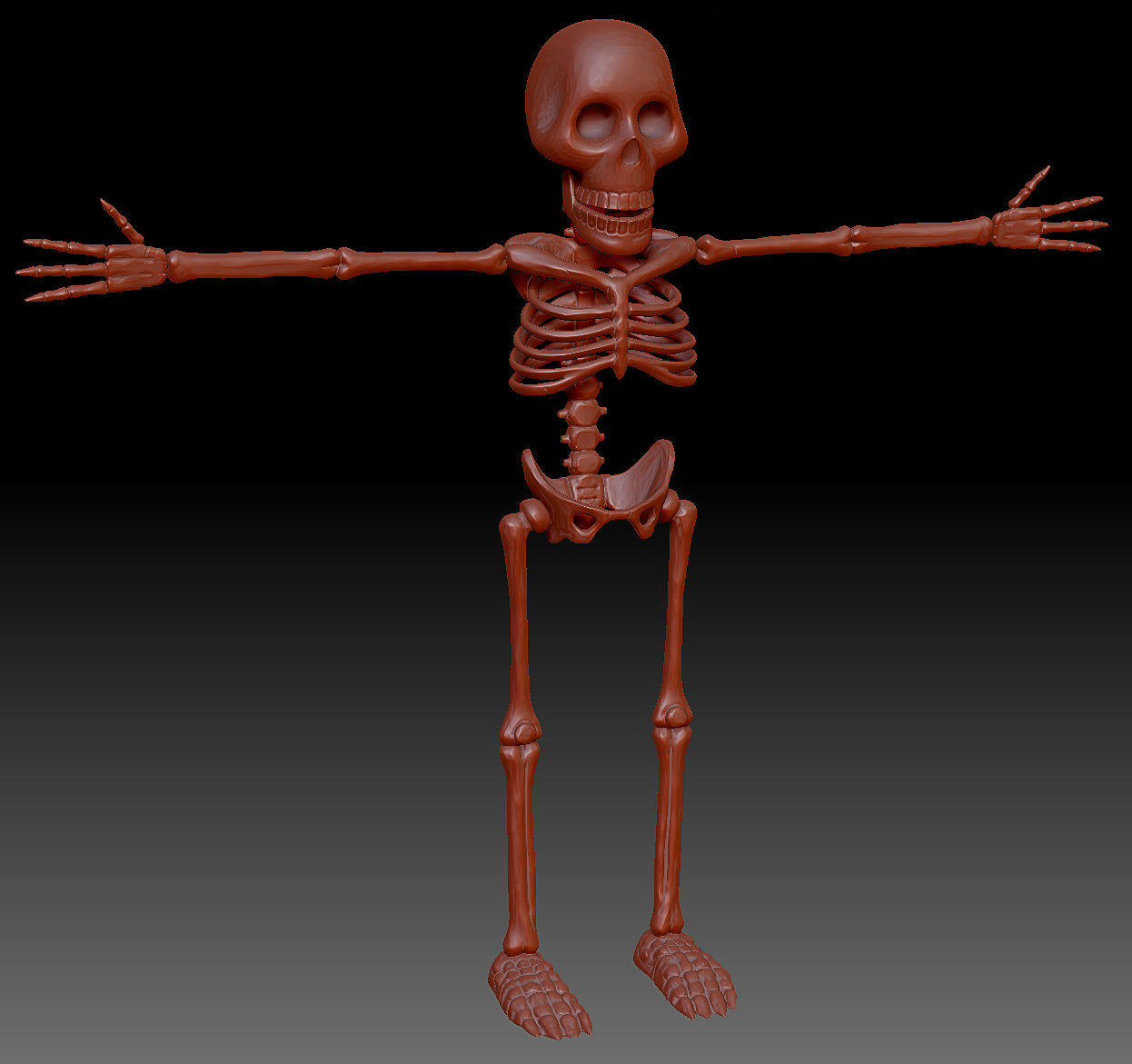 Not sure how well known this is.