Hi all my first post on here for a long time…

[FONT=arial]Calling this guy done for now… or atleast I’ve hit a wall besides a few areas I could touch up the hair some more.

But getting into Zbrush there are a few simple answers I’m finding hard to find.
Is there a way to get a background too show up from your render?
[FONT=arial]So far I’ve changed the doc color, made a textured plane in the background, set up fog/fog2 but nothing seems to show up in the render. Using BPR pass as it seems to be the best render, or so far the only way I found out how to export renders from Zbrush. (have read about masking feature for photoshop but limited to only zbrush atm)

Other issue was setting up transparency on some parts of 1 object, or polypainting transparency if possible. [FONT=arial]

So far I only see how to split off groups into subtools to make transparent but even at 99% viability it’s pretty extreme. (ex the antenna and green of the wings I would like to make very subtly transparent.)
Thanks for any answers, comments, likes, and so on.
regards, Zak 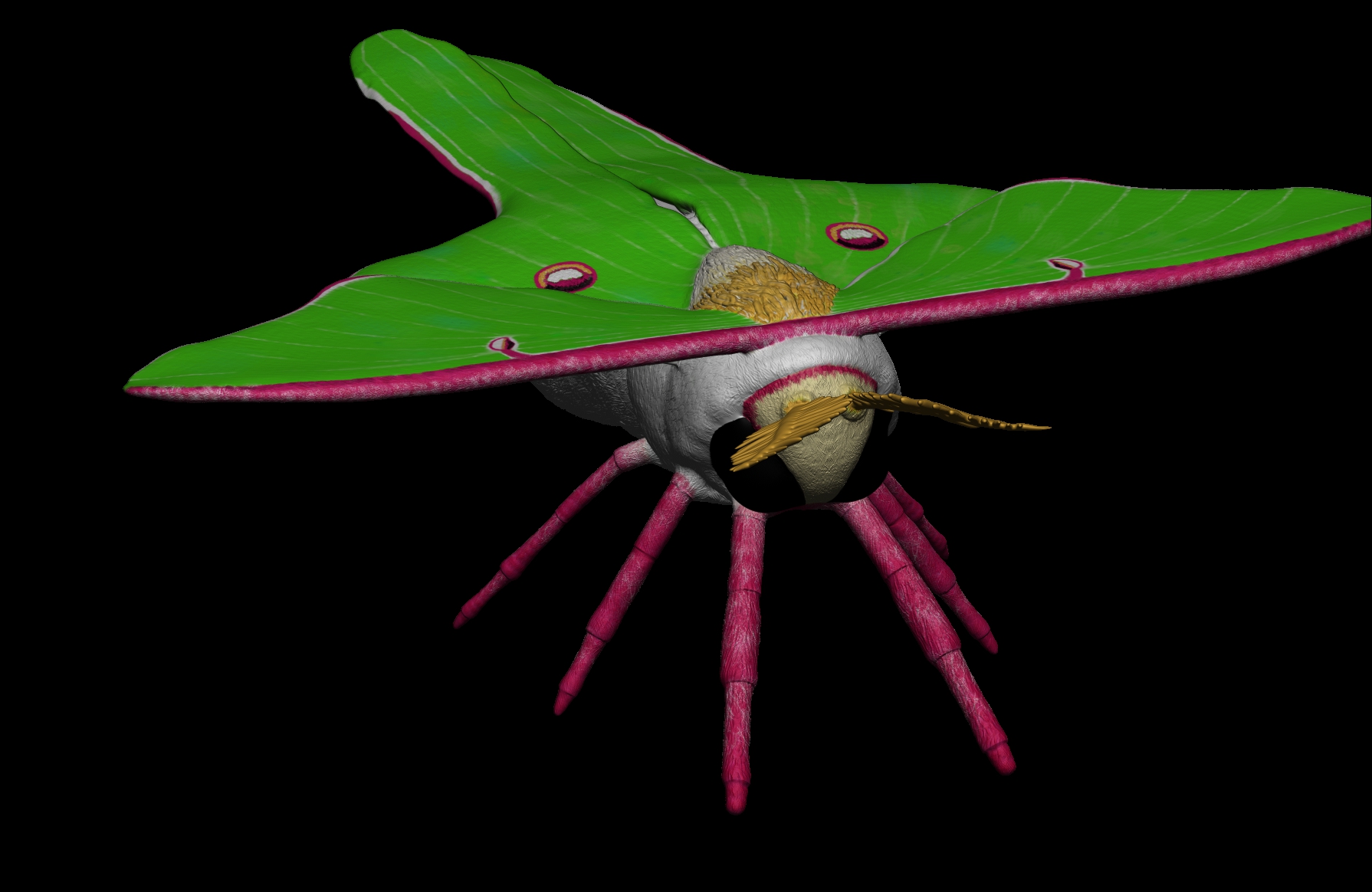 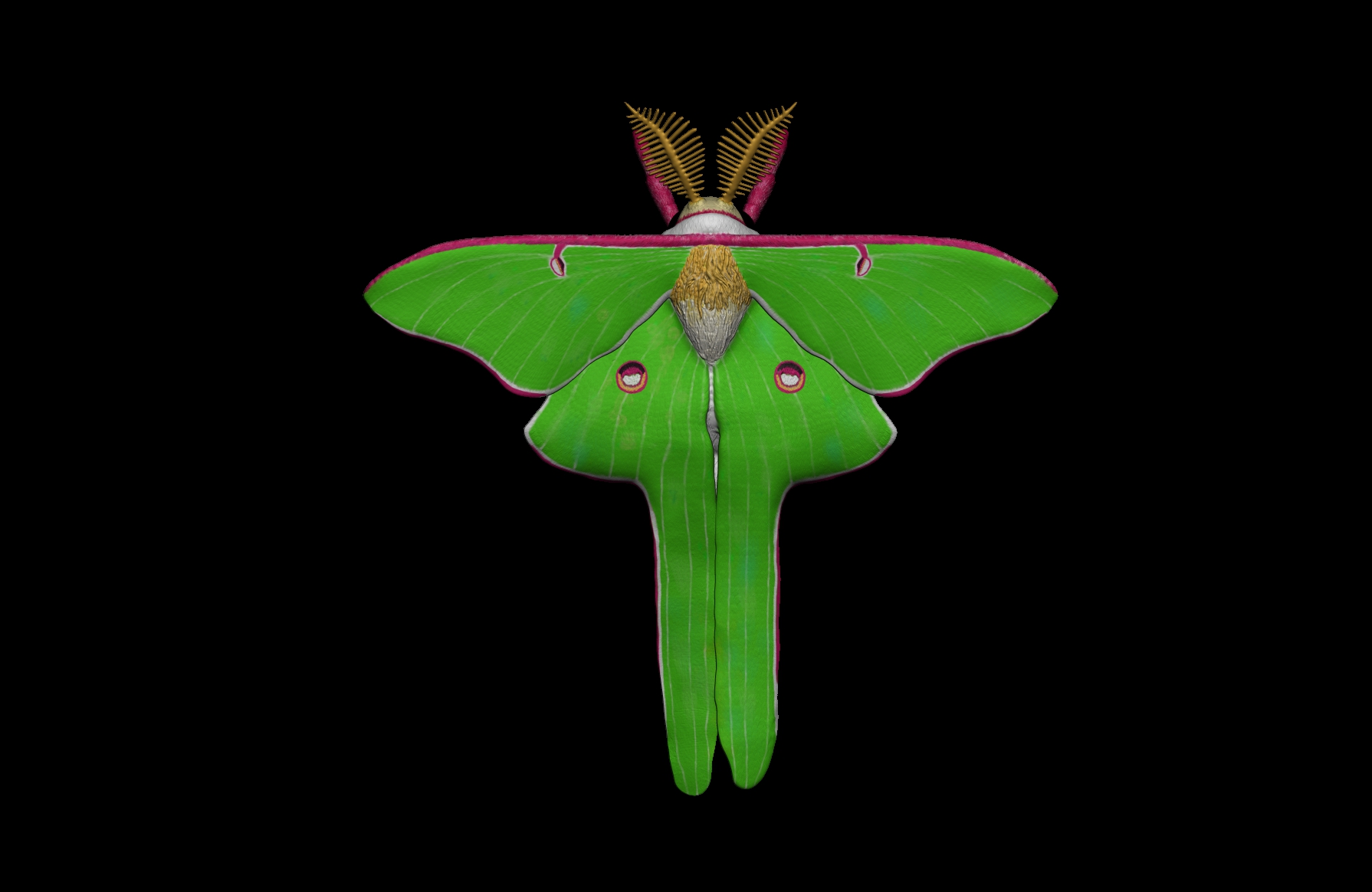 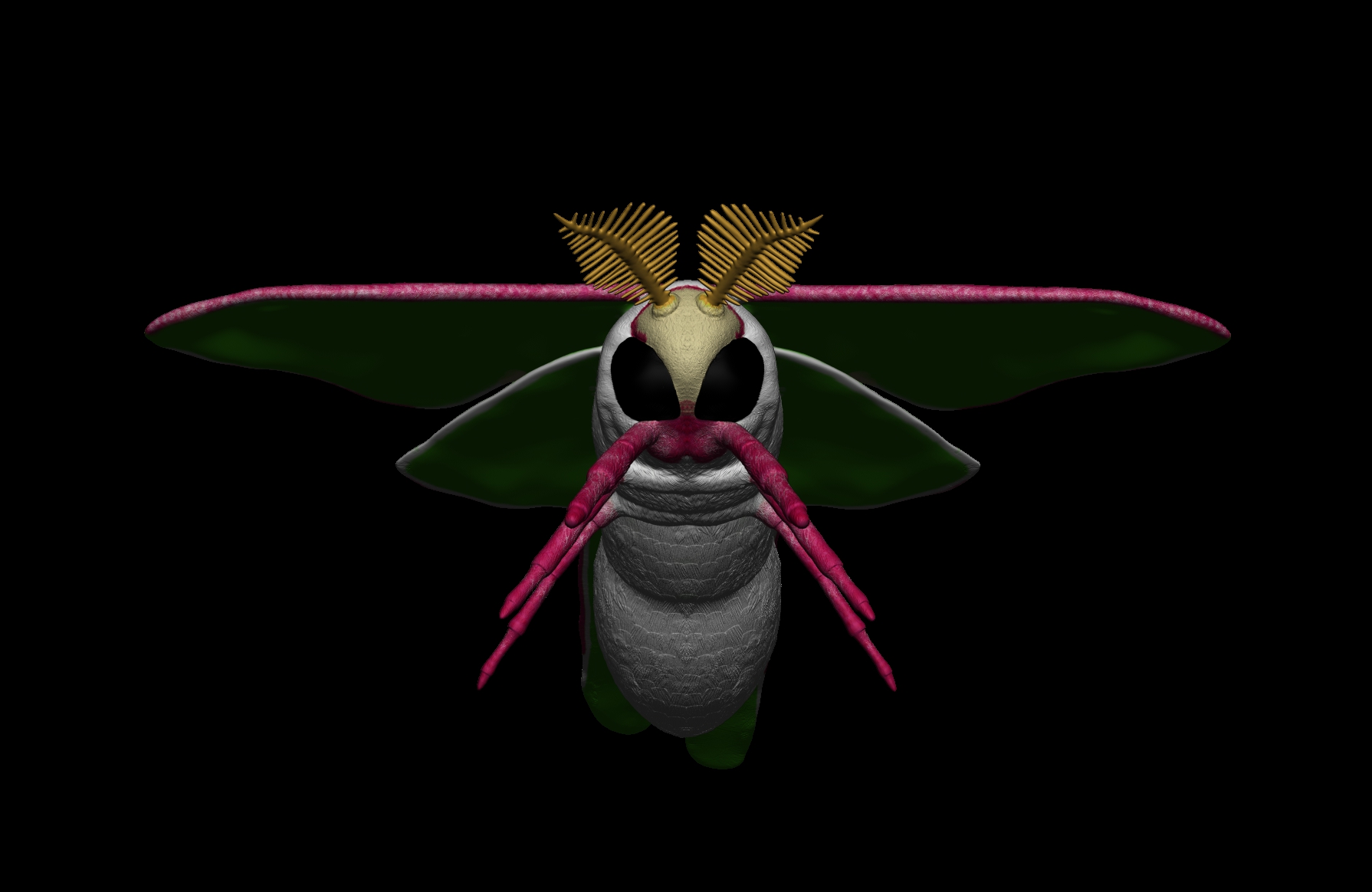 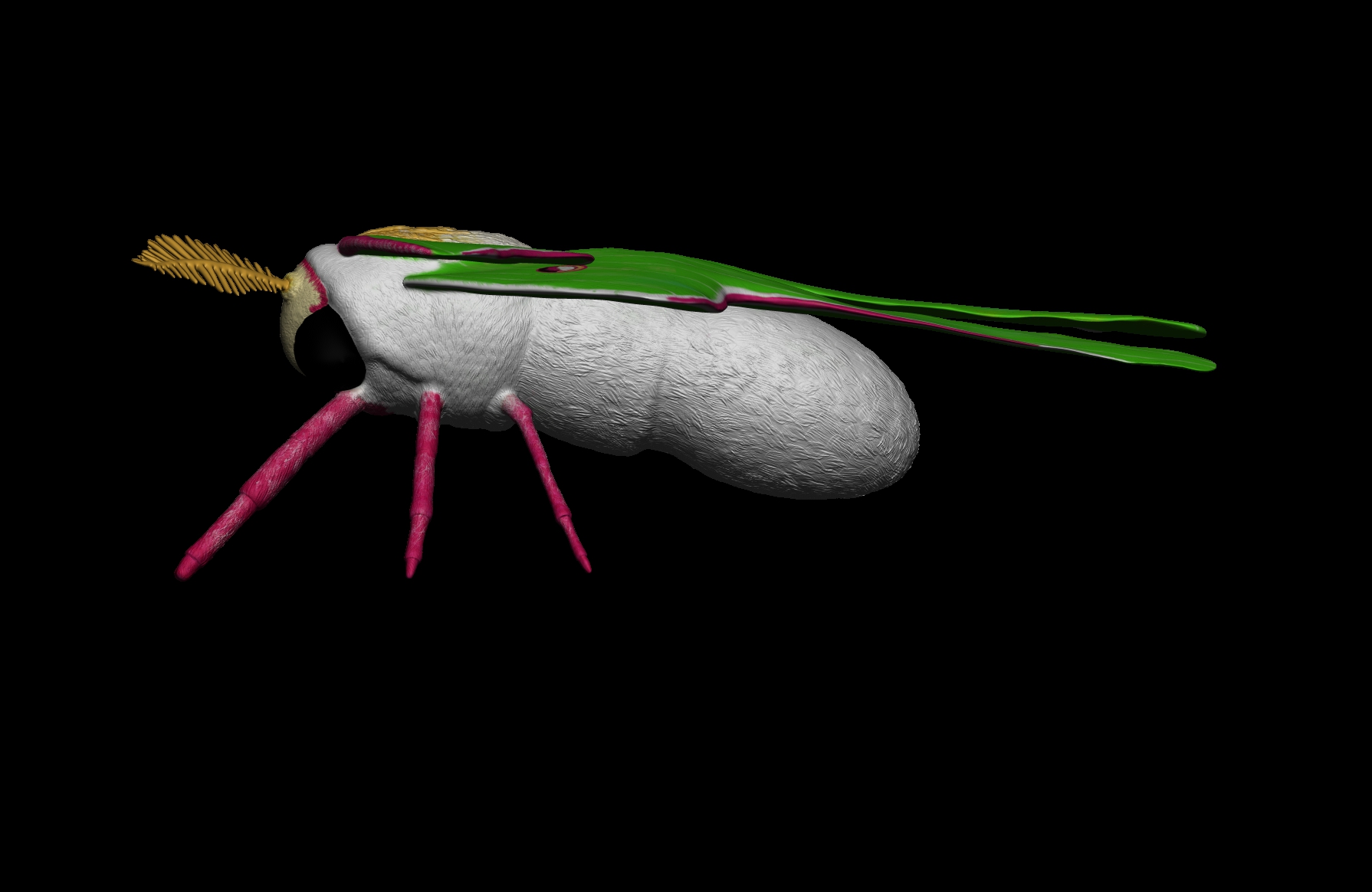 You can add a background under Light > Background > Texture icon. There are probably other ways to do it too.

I don’t think you can paint transparency but could be wrong. It has to be by sub tool. Probably can if you do maps in another program.

Thnx for the reply dr apple & that’s an interesting result, but again it doesnt show up in the bpr renders. BPR is the only render I seem to be able to export… and exportings the only way I know to get high rez imgs…

Texture> Grab Doc> then Texture > Export will export an image at the same rez as a BPR render i.e the document resolution and proportions.

Only Document >Background color will appear in the BPR render . There is no bg image option as far as I am aware.

A BPR render clears all canvas textures leaving only that which is contained within a subtool group as defined by it’s elements render mask. A BPR render will not clear the presence of a spotlight image after BPR render but the spotlight images do not show in render. Only Best Render Mode will render a background layer e.g an image texture filled to a canvas pixol layer with flat material.

1,Textures (Menu)> Image plane - this will load and place an image at a good zdepth i.e such that it’s zdepth will not interfere when dropped to it’s own pixol layer if working on a newly created canvas layer with a subtool .Pull out the tool on to the canvas and with your pen or mouse clicked down press T to see the tool. This is useful if you wish to work with subtools without them colliding with a background layers depth + committing to 2.5D later should you wish.To do this load an Image Plane when not in edit mode (i.e you have pressed T to exit edit mode then cleared the existing canvas), doing so places the image plane in move mode - press q to drop to the canvas layer and create a new layer to work on.

2, In Tool/subtool edit mode , Textures> Image plane - will help you place elements , sculpt etc in relationship to the loaded image plane .When BPR rendering is engaged it will disappear. For this method Image Plane is loaded when the Tool/ subtools is in edit mode. if you drop the tool it will clear out the image plane and will need to be reloaded when place once again in edit mode

An Image Plane In A Subtool Layer Stack
If an image plane is appended as a subtool it will appear in a render but will also be effected when perspective is switched on,as well as receiving scene shadows. An appended image plane is useful as a guide but only when building to an orthographic perspective.

Using Markers or ZApplink> stored views allows a method to match the scene and blend the shadows of a BPR render with a best render in an external image editor should you wish.Both these methods allow a working exchange between Best render scenes and BPR scenes. Make sure Draw Settings >angle of views match, whether perspective or orthographic is selected and that the document dimensions or proportional dimensions match exactly

To use transparency with Best render Mode , make sure the material selected has transparency , switch off Flatten in Render > render properties and place it on a new layer. To paint areas using transparency rather than dropping a transparent material object to pixols, paint with a material that isn’t a matcap and with a brush set to material (M)

BPR Transparency relies on transparency to be switched on in display properties and in render setting. The subtools must be filled with material or have materials painted on as you do polypaint using say the standard brush set to M and your chosen material. These materials can be blended at their edges in render using Render settings > materials blend radius

Transparency settings in ZBrush are graphical solutions - not wholly realistic . For that you would need to use another render package but you could use ZBrush to paint your as Black and white transparency blend masks with painted textures on uv’ed objects then export these elsewhere.

Hope some of that helps - it helped me