Decided to start a sketchbook for the New Year. Most of these sketches are done over lunchtime @ work. Aiming for one a day. 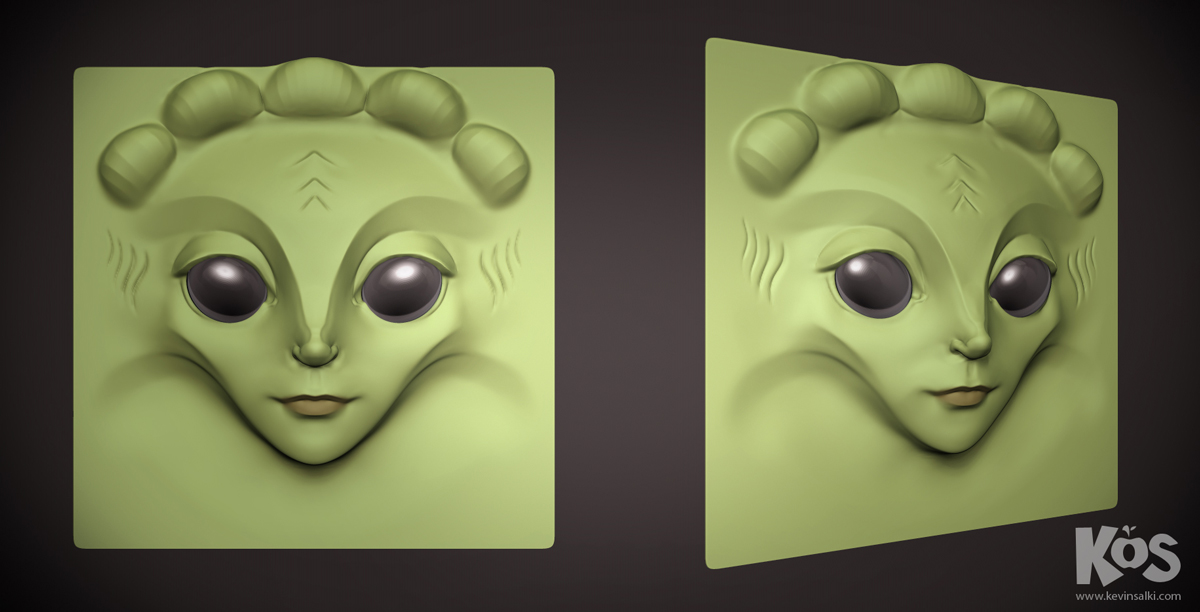 Day 2: Lunch hour sketch based off an image by Ghol on CGHUB. Created using a dynaMesh sphere. Another lunch hour sculpt, based off a sketch by Mr. Delicious (CGHUB) called Alien Pilot. Made from a dynaMesh sphere. Man that is so ZEF!

I didn’t have a full lunch hour to work on this, and I also have injured my wrist - there I’ve laid out all my excuses. Guess we can’t win em all. I really think I should have gone with more of her bizarre costumes.

Nice speed sculpts, You’re doing a good job in the amount of time you take for them.

Have to do that more myself,

Great work, keep it up.

@ Ivo Diependaal - Thank you very much!
@ Armand Burger - I had a co-worker send me a link to one of their music videos (enter the ninja) and I loved it. I know they played at a concert called Cochella in California so they must be growing in popularity! Great group!

Day 3 - Music Week - Marilyn Manson
Another lunch crunch that fell through the cracks. I really failed to focus on what makes the character known as Marilyn Manson. I ended up blending new / old Manson into an almost unrecognizable character - almost where he starts to look like Iggy Pop? Anyways, still had fun doin it.

Today’s lunch crunch was Jimi Hendrix. Listening to his music was awesome while sculpting. Had the full hour but 5 crashes! Incremental saving for the win! @Sixtk - Thank you, definately gotta keep goin everyday!
@anigroove - Thanks! Been tryin to nail down a distinct style for a while, I think this is heading in the right direction.
@Interu2x - Thanks! I wish I could have gone with one of her more crazy costumes!

Nice man, the contrast you have going between your contours and edges is great. Subscribed.

No sketch today, was at the sports clinic all morning - Tendinitis! I’ll get the last day of Music Week in tomorrow! Happy Friday!

Well it’s been a super fun week with some really positive support from the zbrush community, thank you for all the kind words! I think I will continue on with theme weeks. Here is the last entry!