Working on a jaguar and I want it to look as realistic as possible, needing some help with the form though! 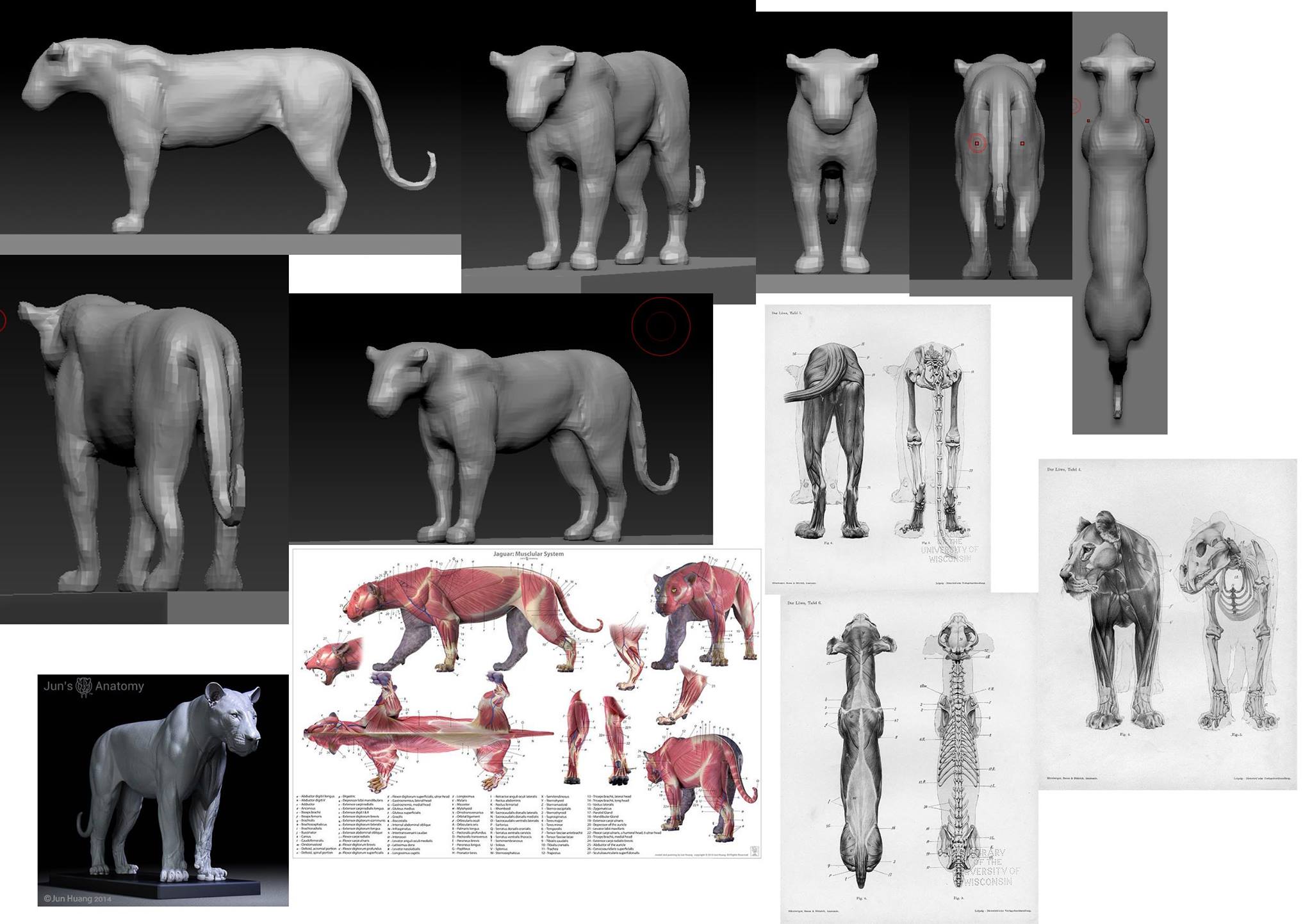 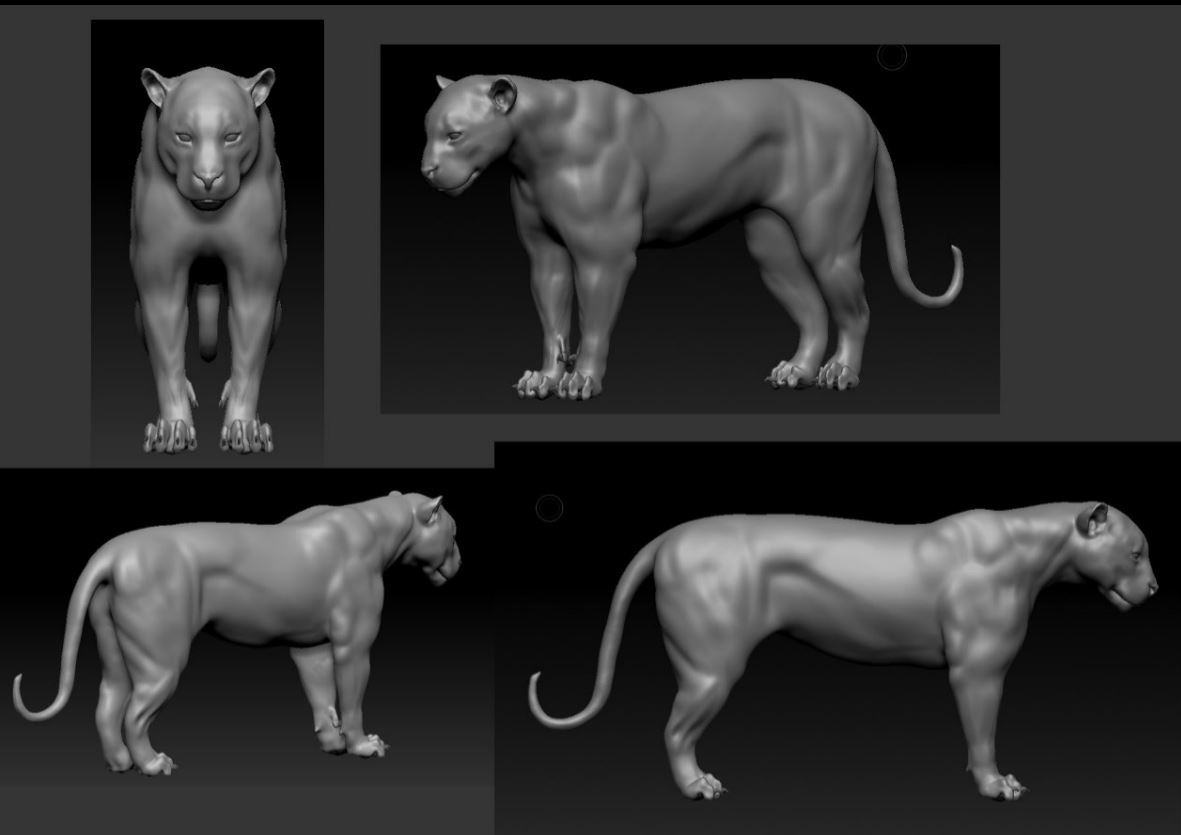 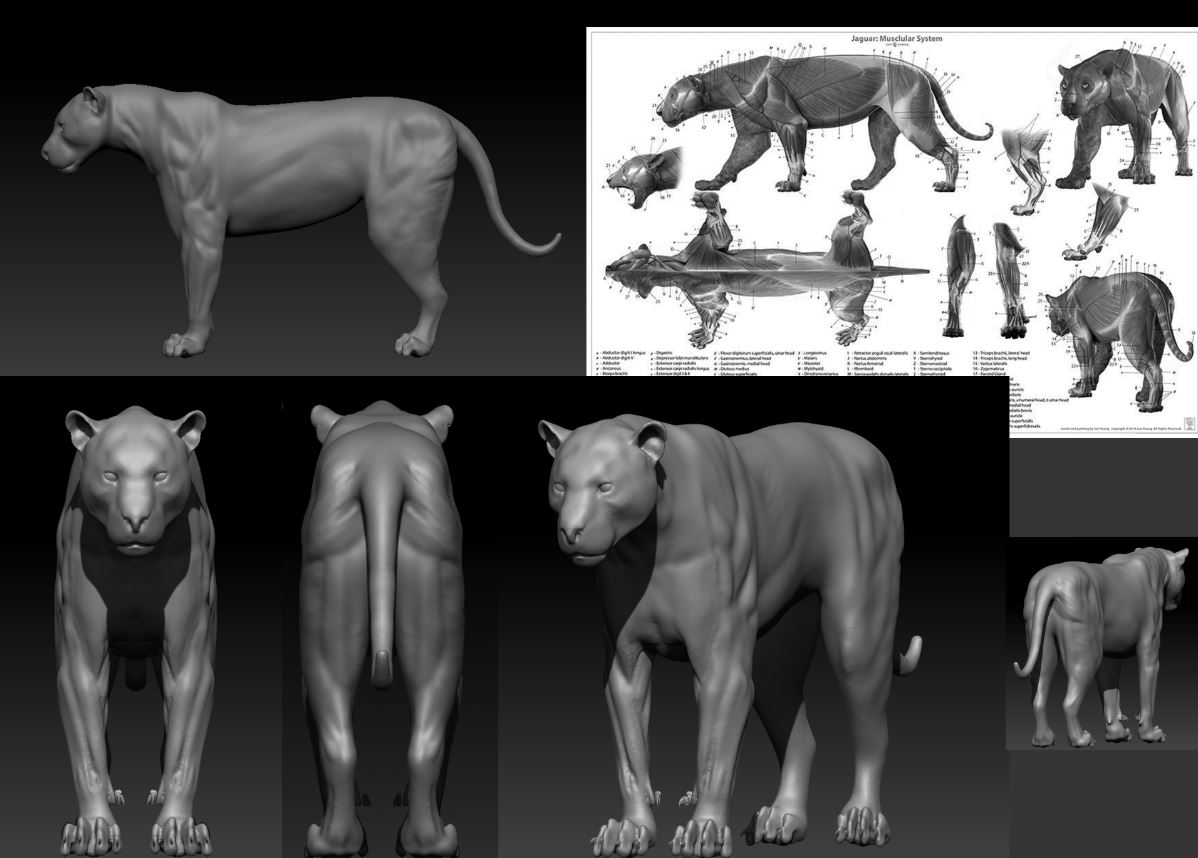 the proportions have really been confusing me.

BUT I think I’ve found out the biggest problem

which is maybe that I’ve been modelling the jaguar too tall. After looking at pictures of real jaguars and making rough silhouettes from them, I saw that they’re actually pretty squat big cats.

Unlike tigers and leopards who have a similar build but are actually slightly taller and less bulky.

I’m starting to like the look of this model now so next I’ll start doing the muscles properly now it looks a bit more together.

Would love some crit on this! 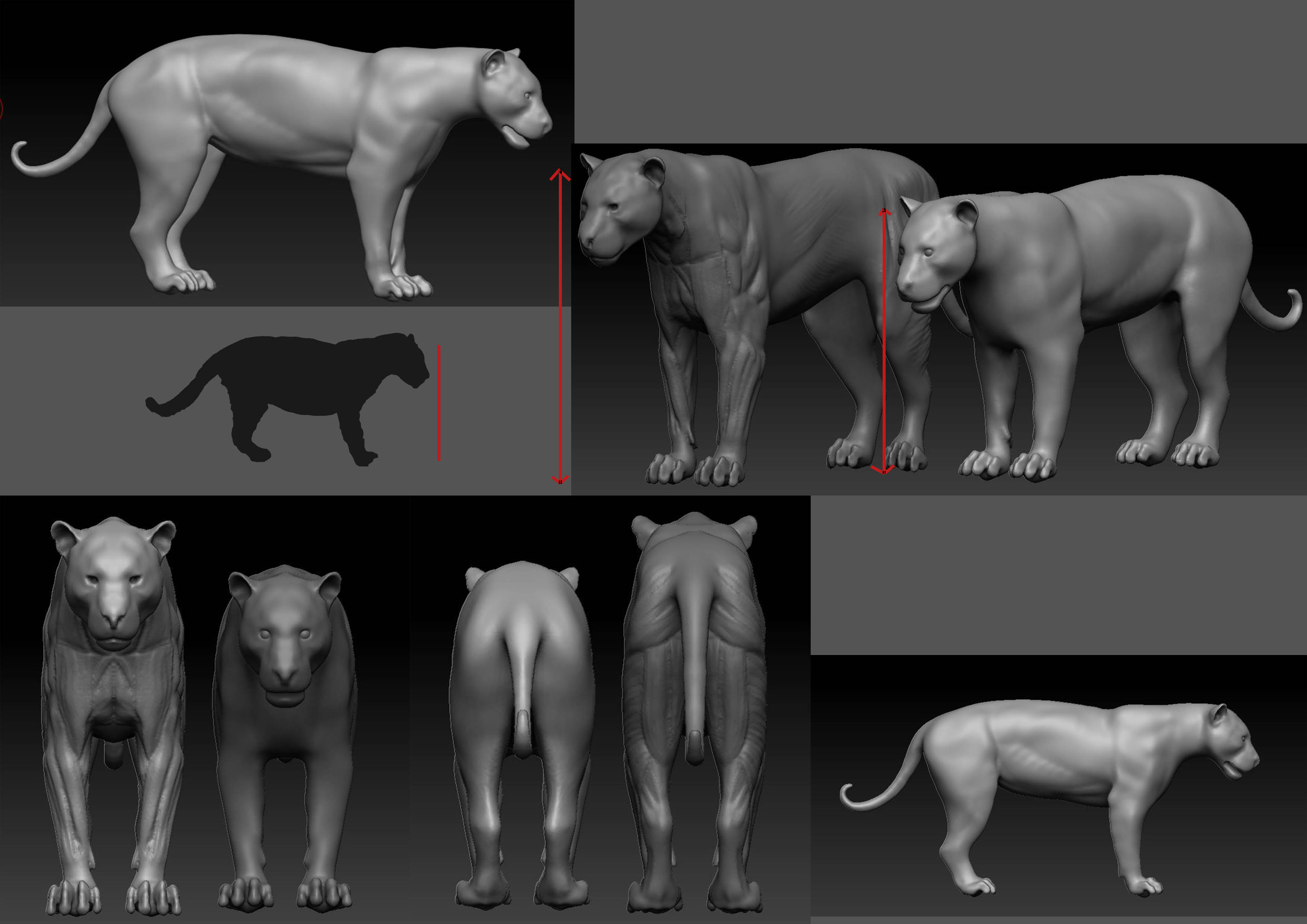