Greed character : The spear has a clamp on the top, and there is a " wheel of the sun " which rotates when attacking in the clamp. On the back of its head is a clip for crunching humans and taking in their blood.
The body turns red when it consumes blood and also get more power. That is to blood desire. The chair is the symbol of the instrument of torture. The humans in a torture suit will be taken to the chair to be tortured and eaten.

Greed has an insatiable desire for blood, and the torture is part of the fun. Greed also has its own blood-making field and there are many ways to produce humans for Greed’s endless need for human blood. 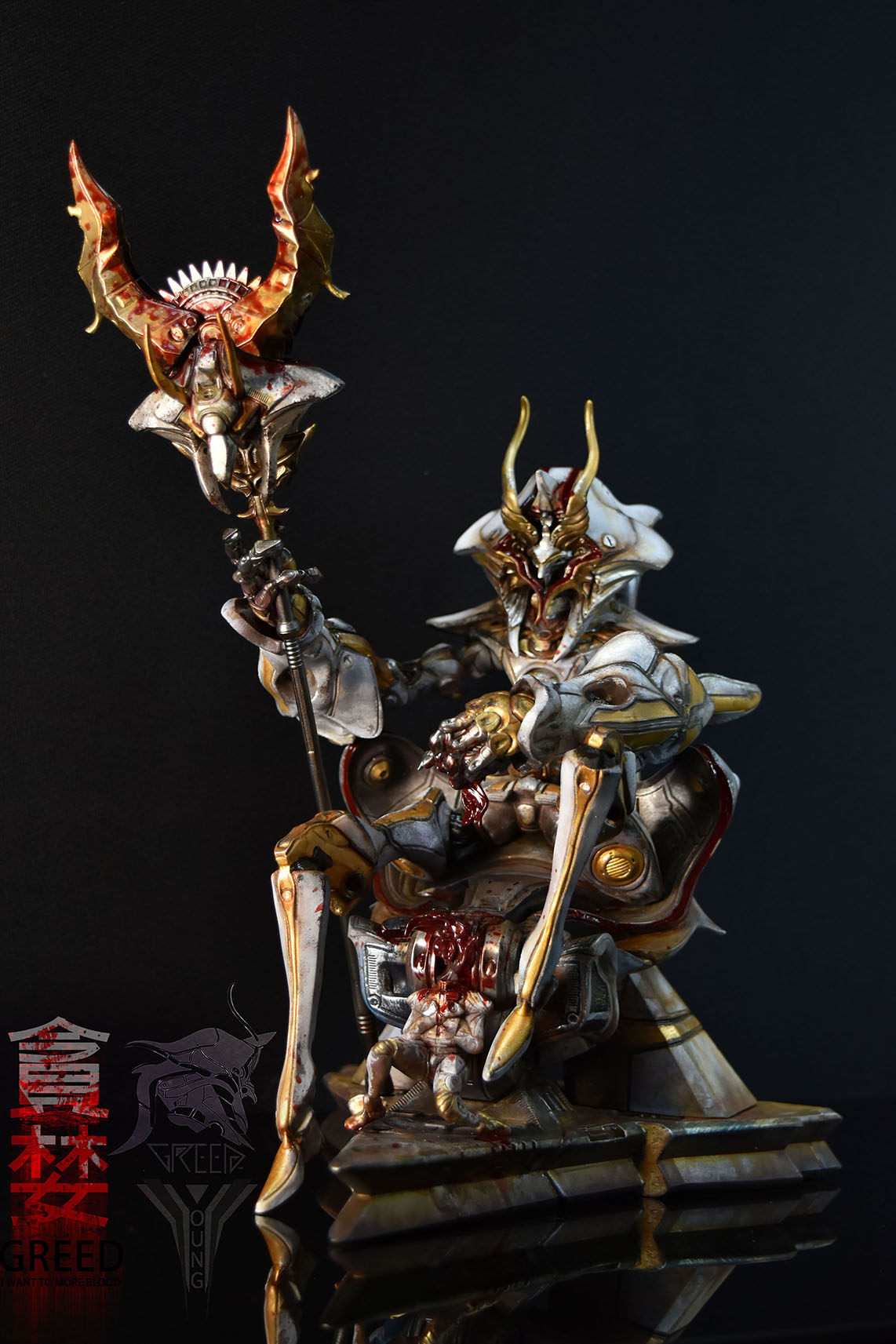 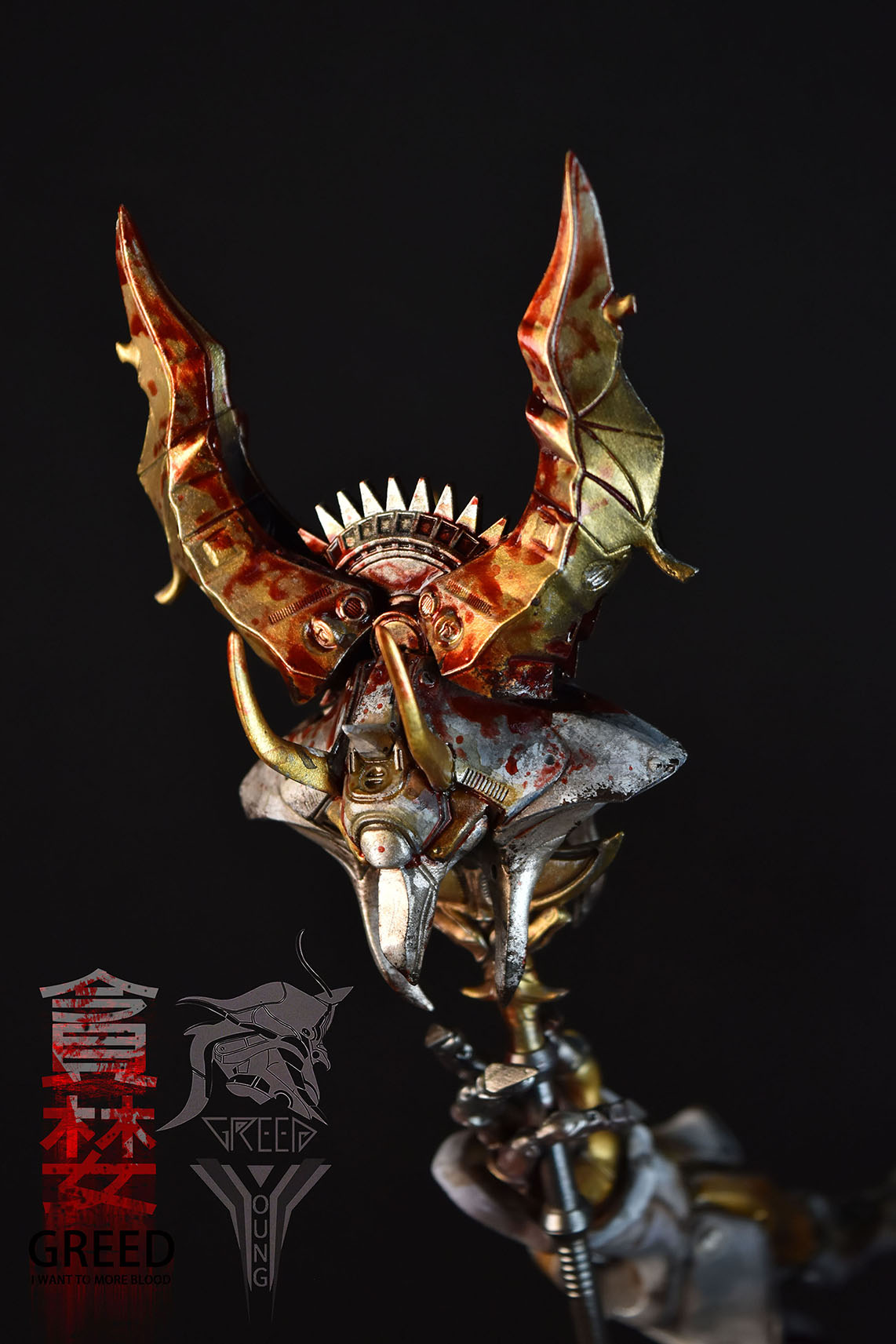 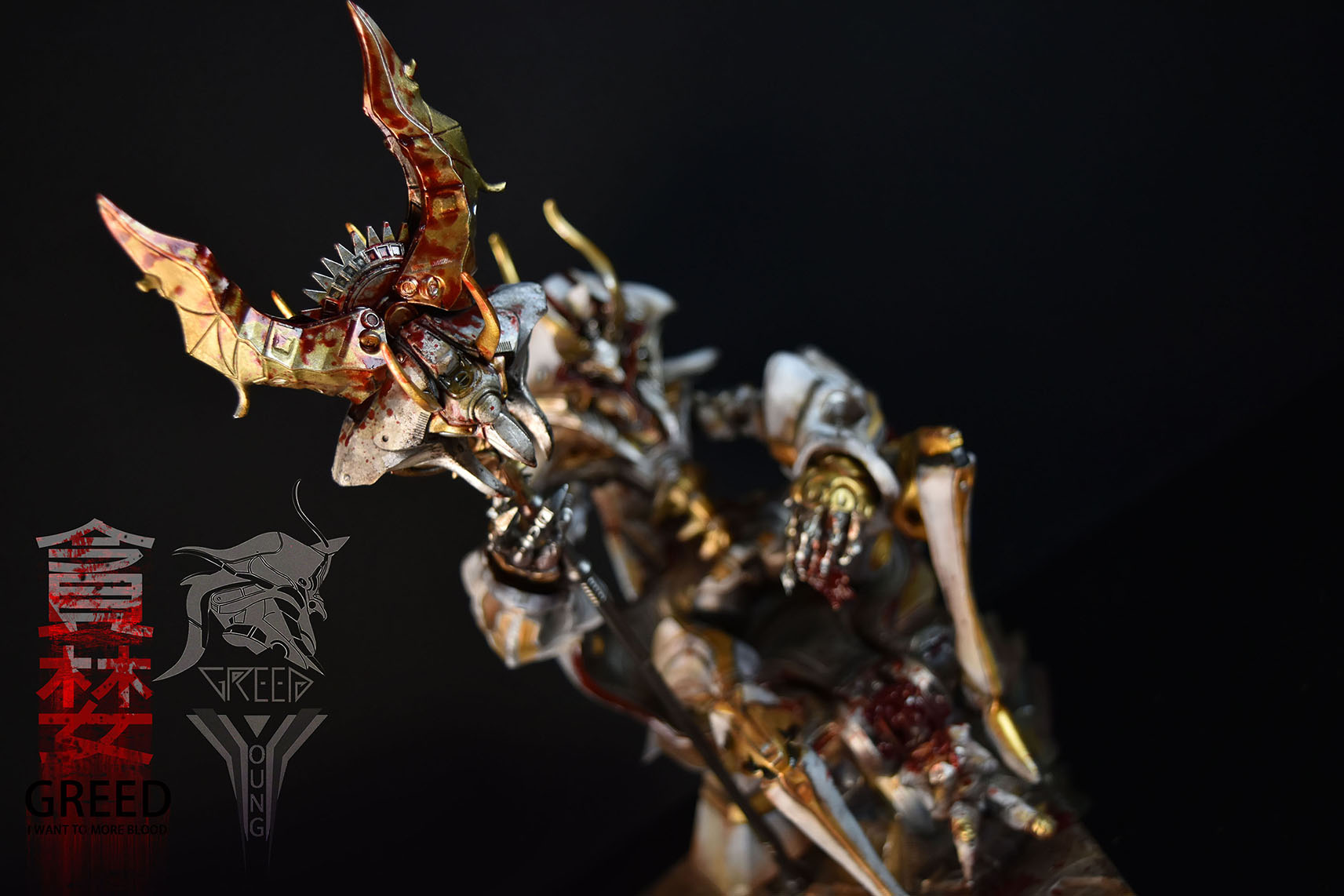 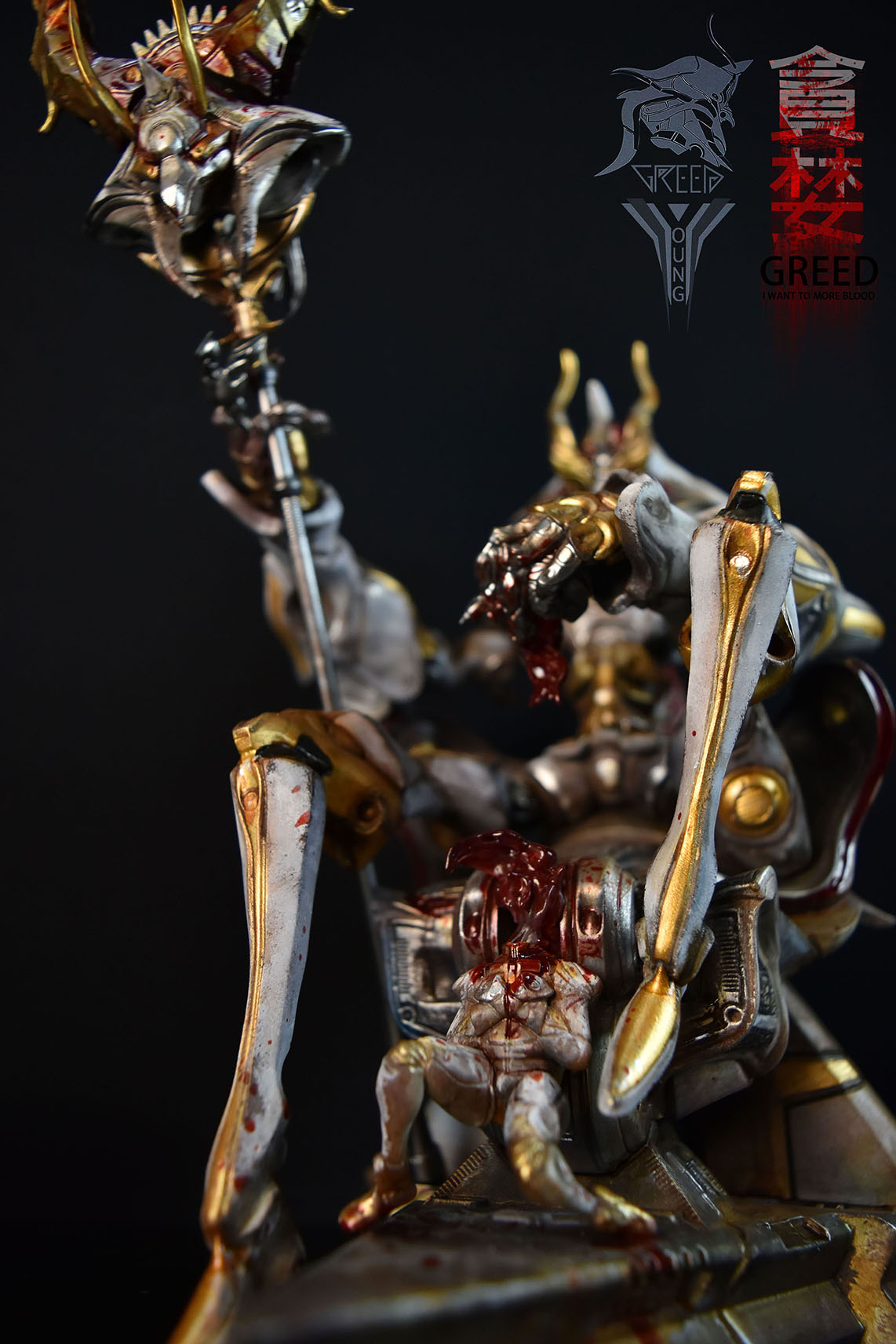 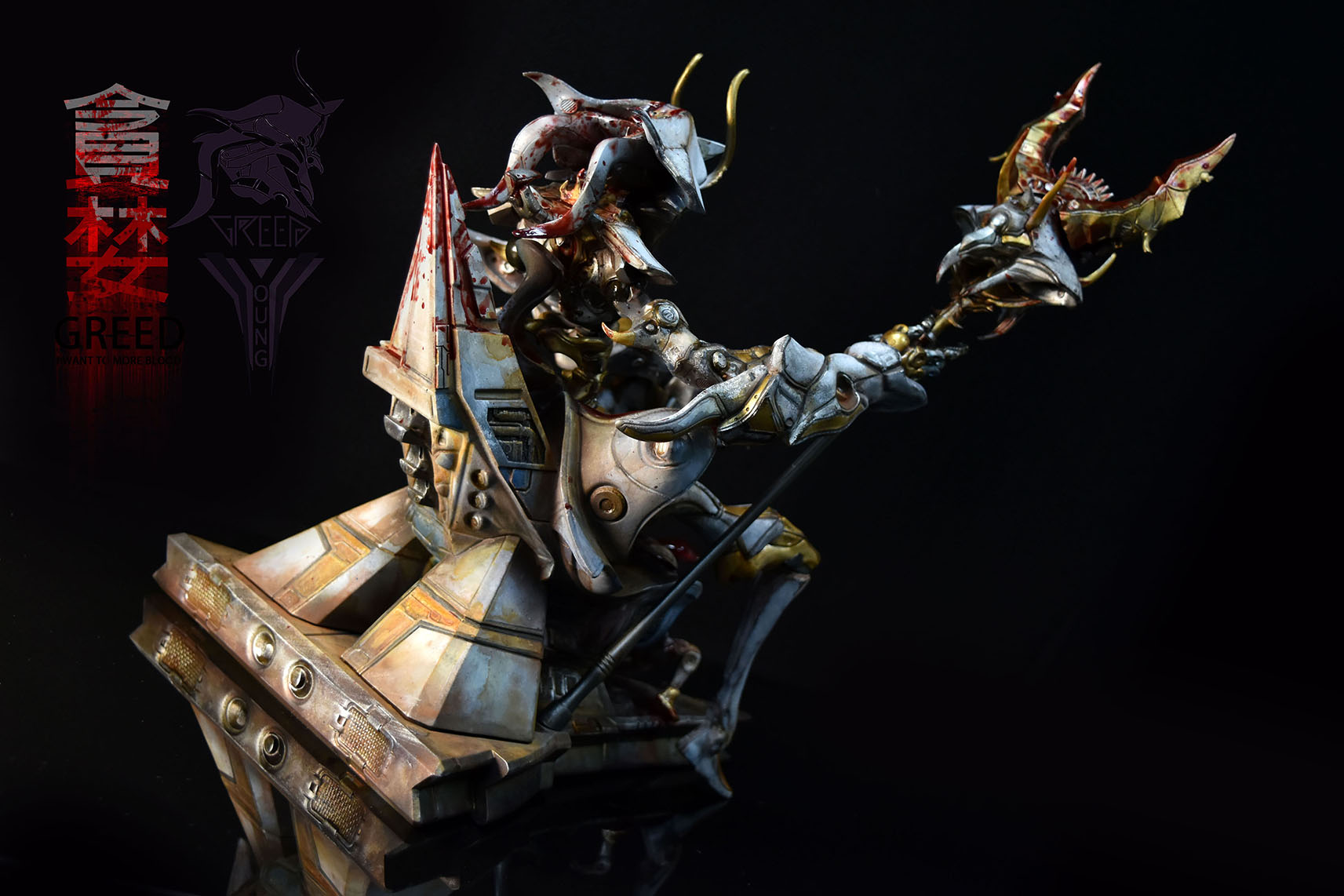 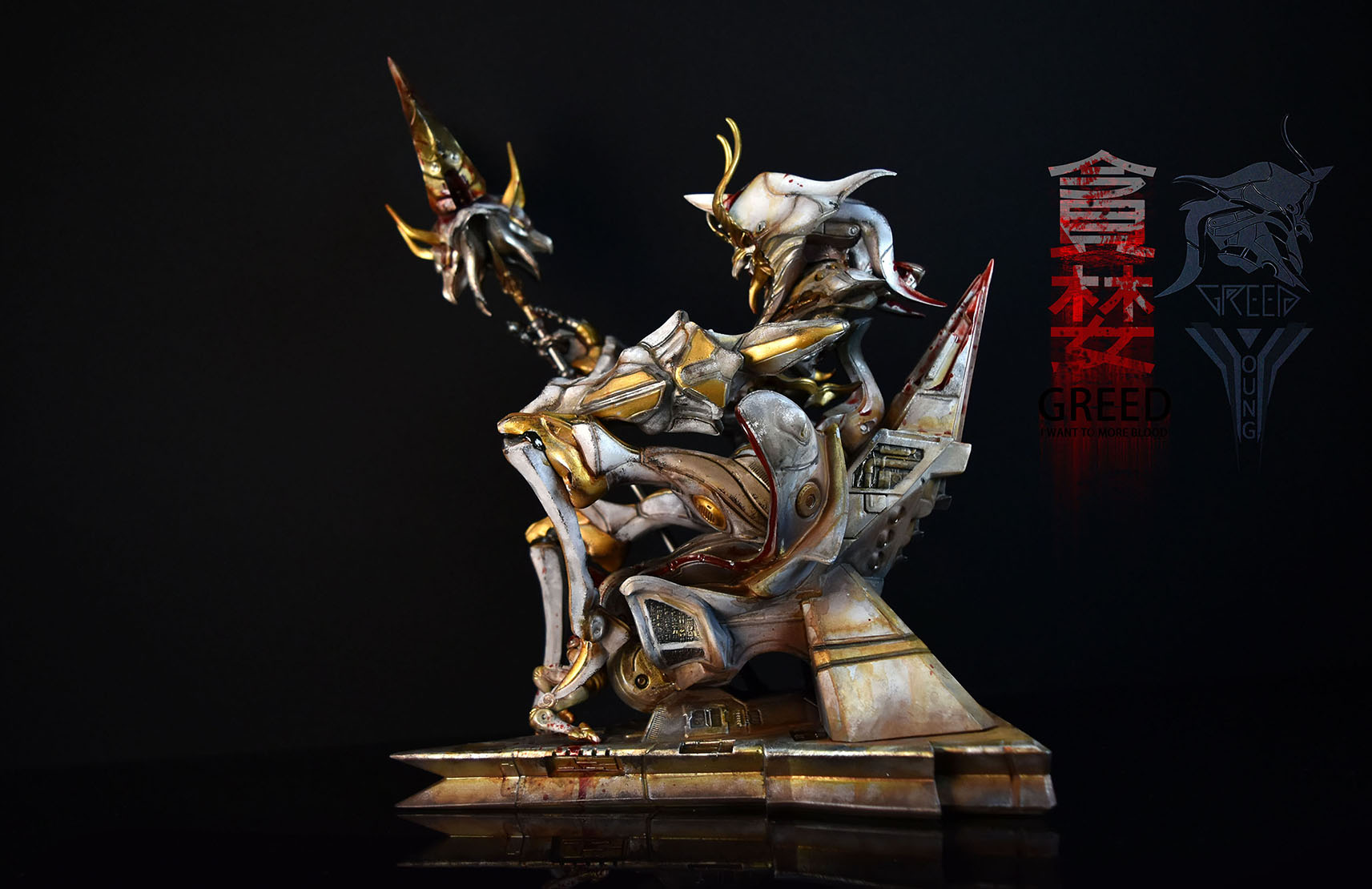 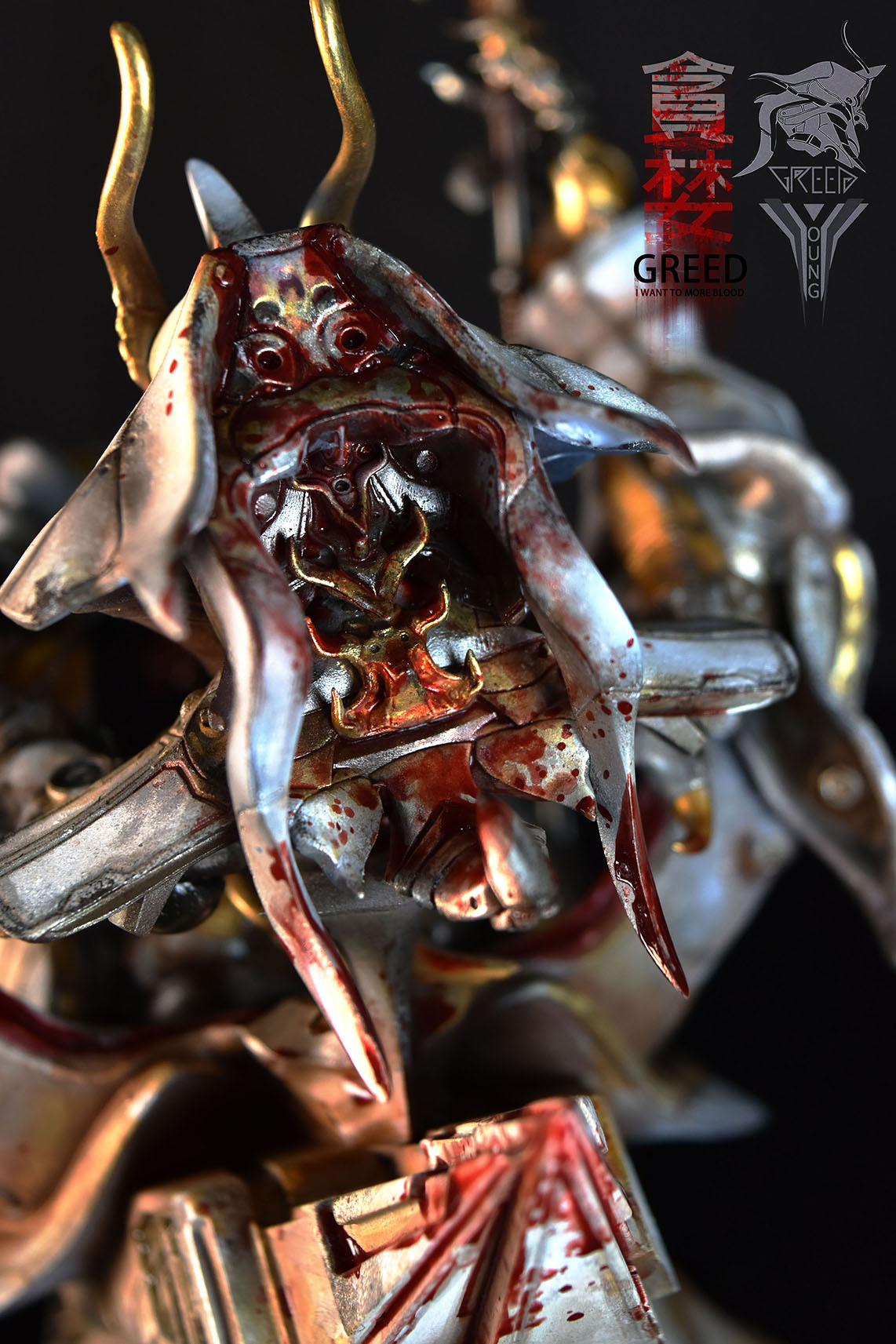 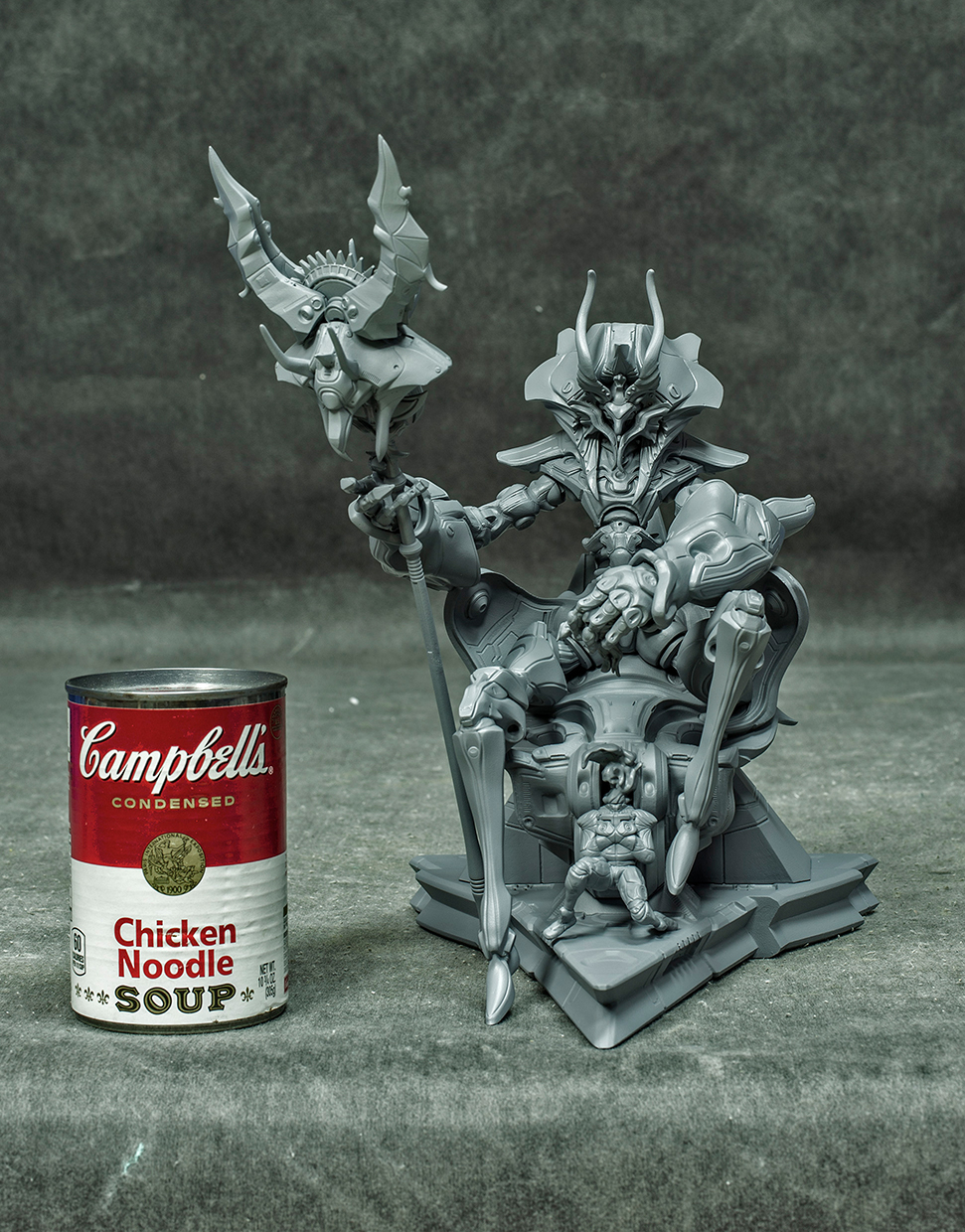 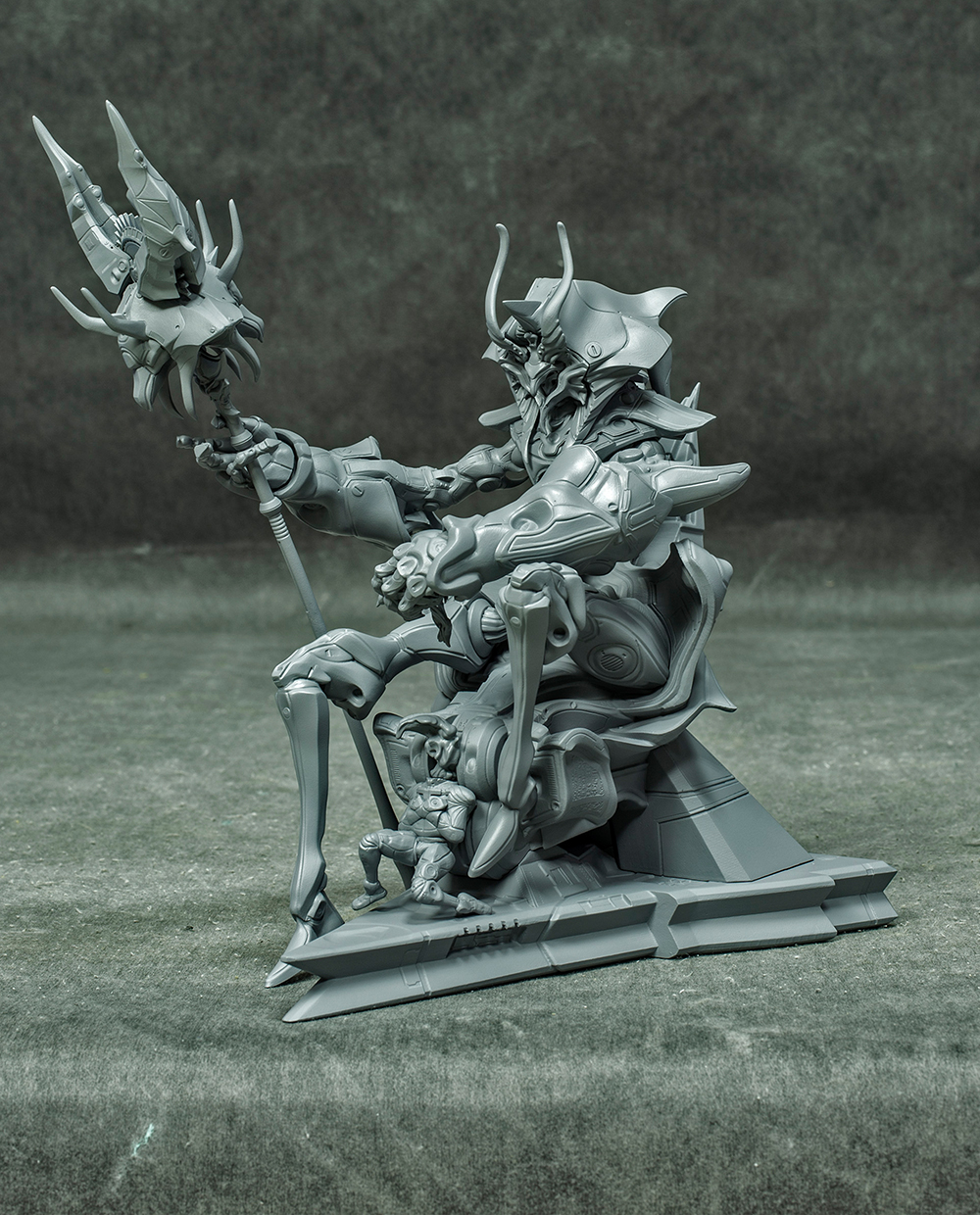 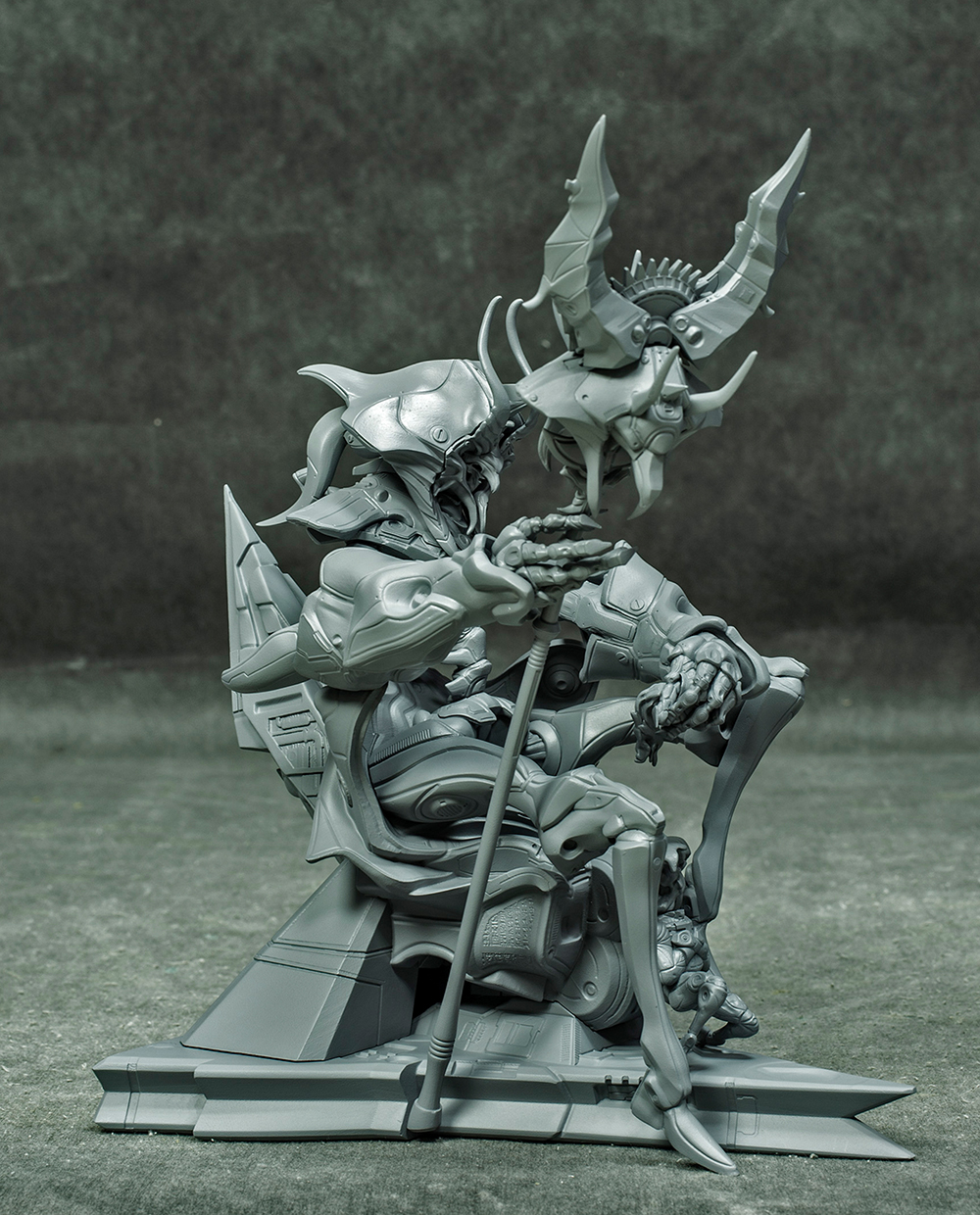 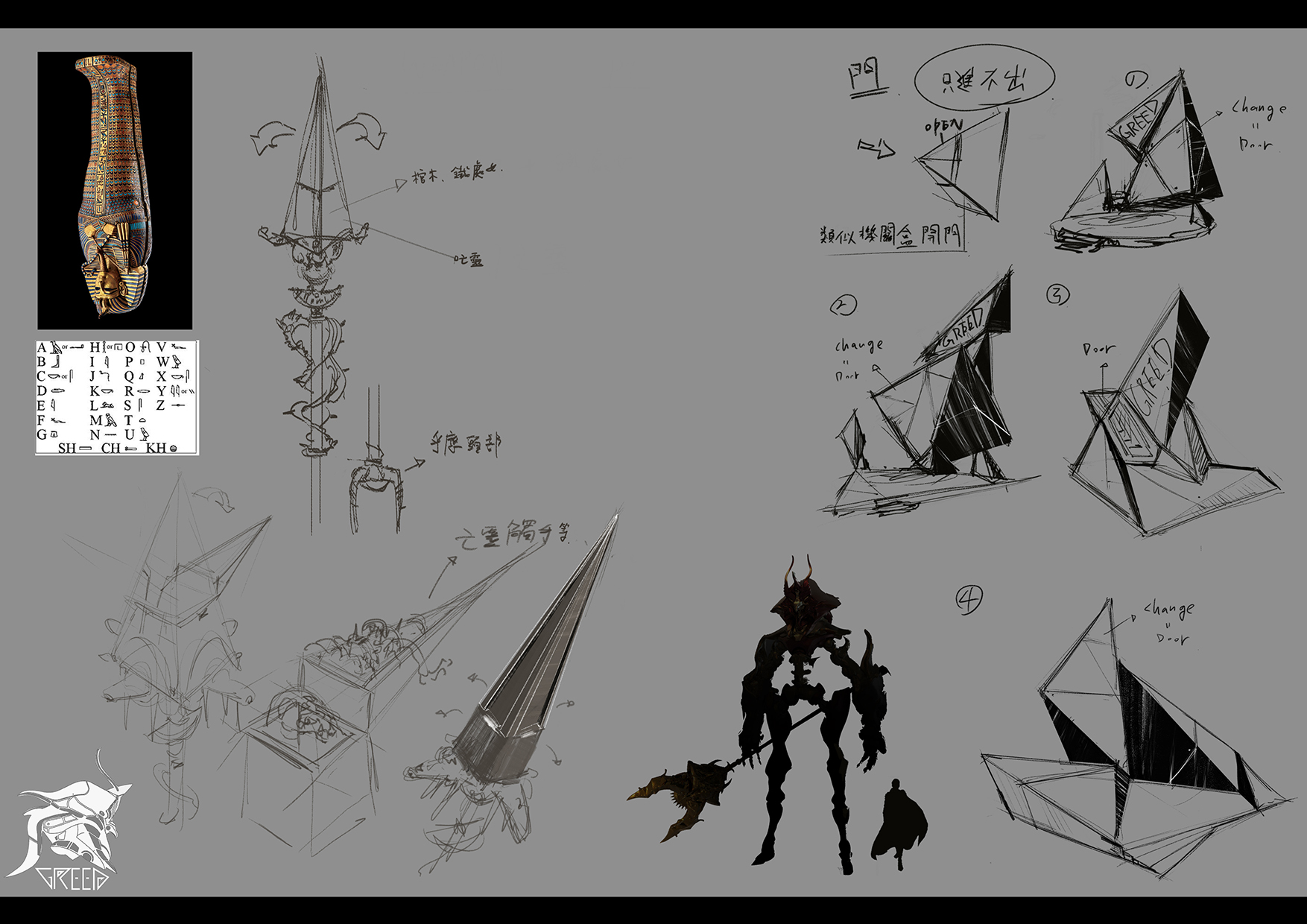 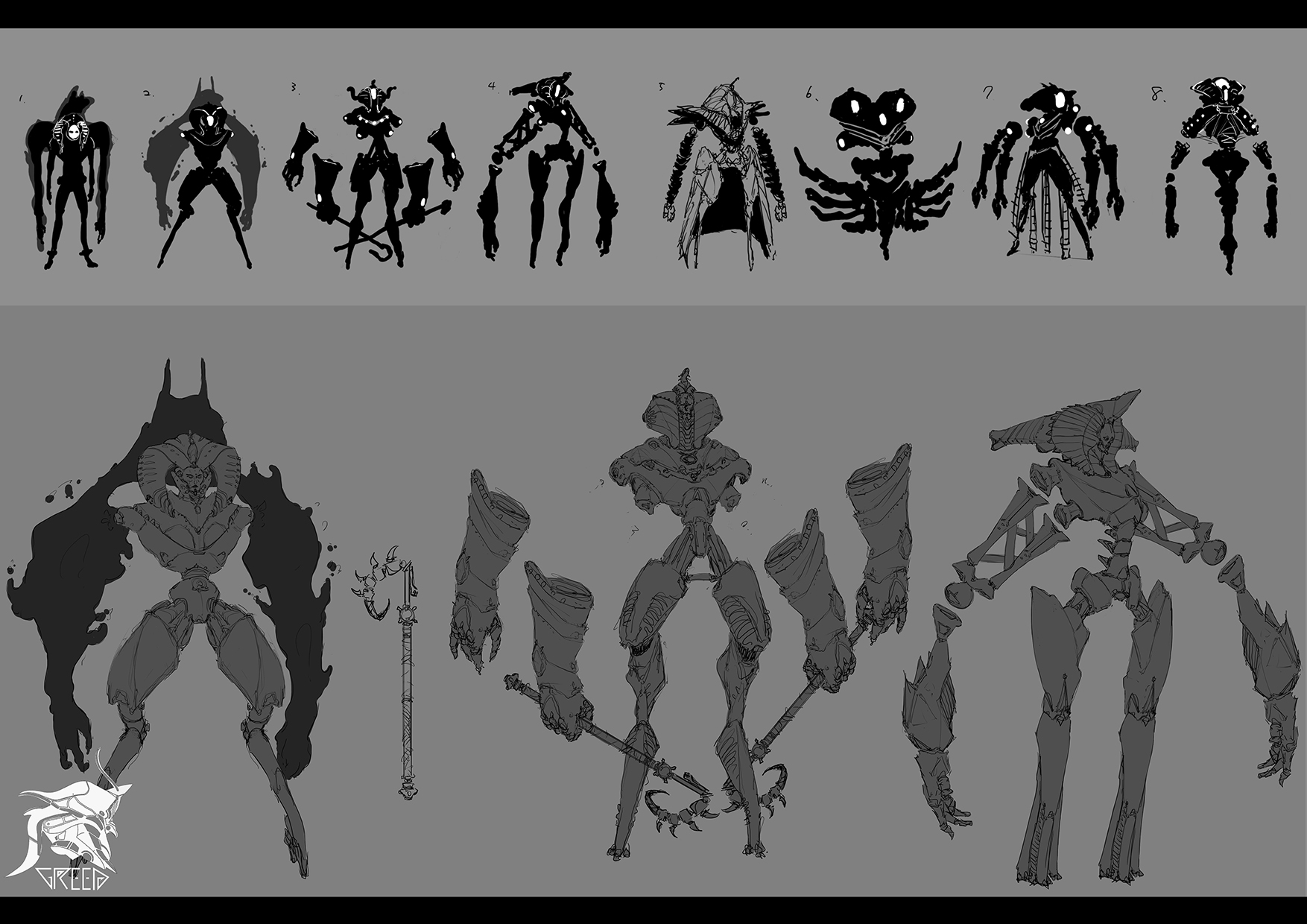 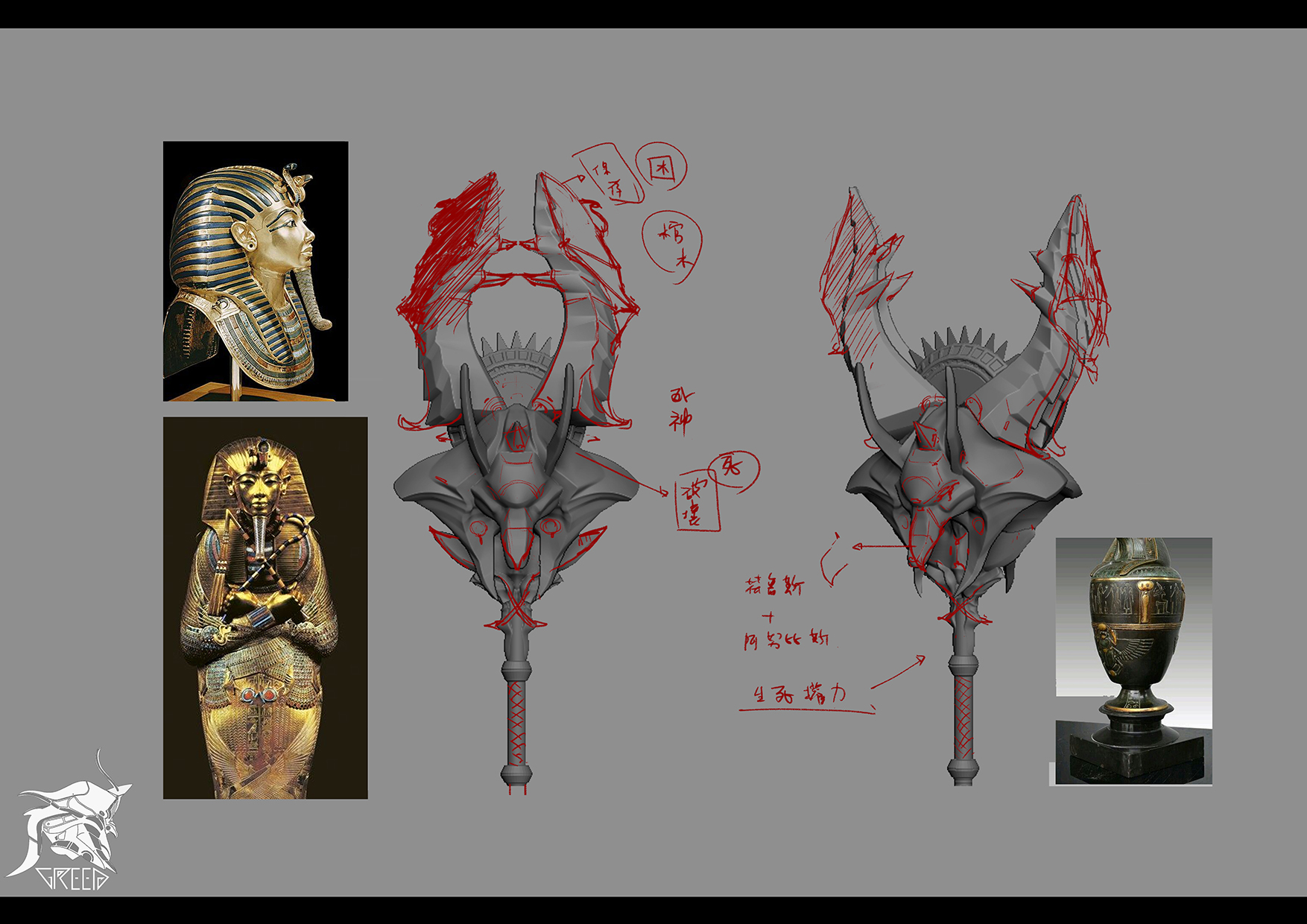 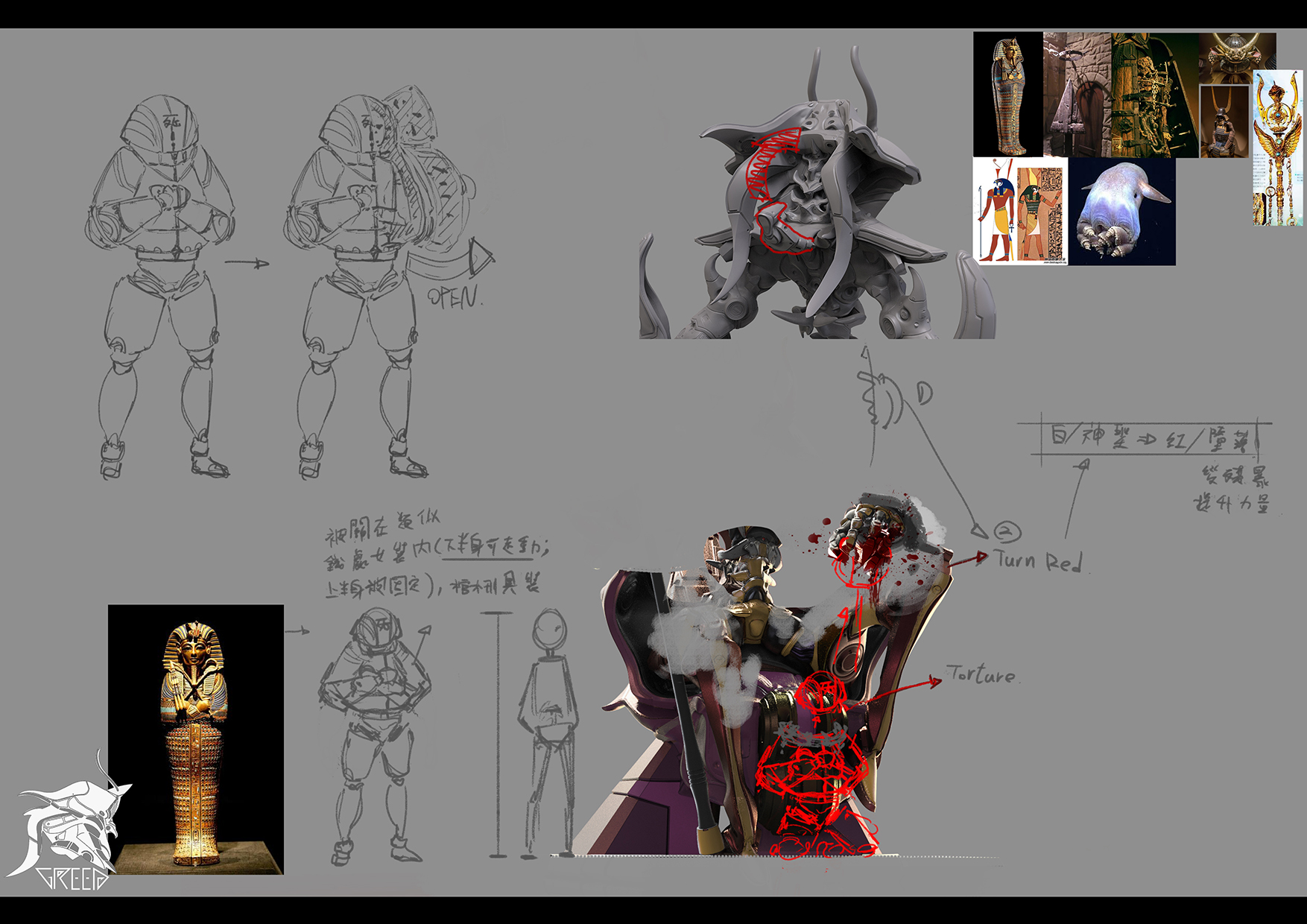 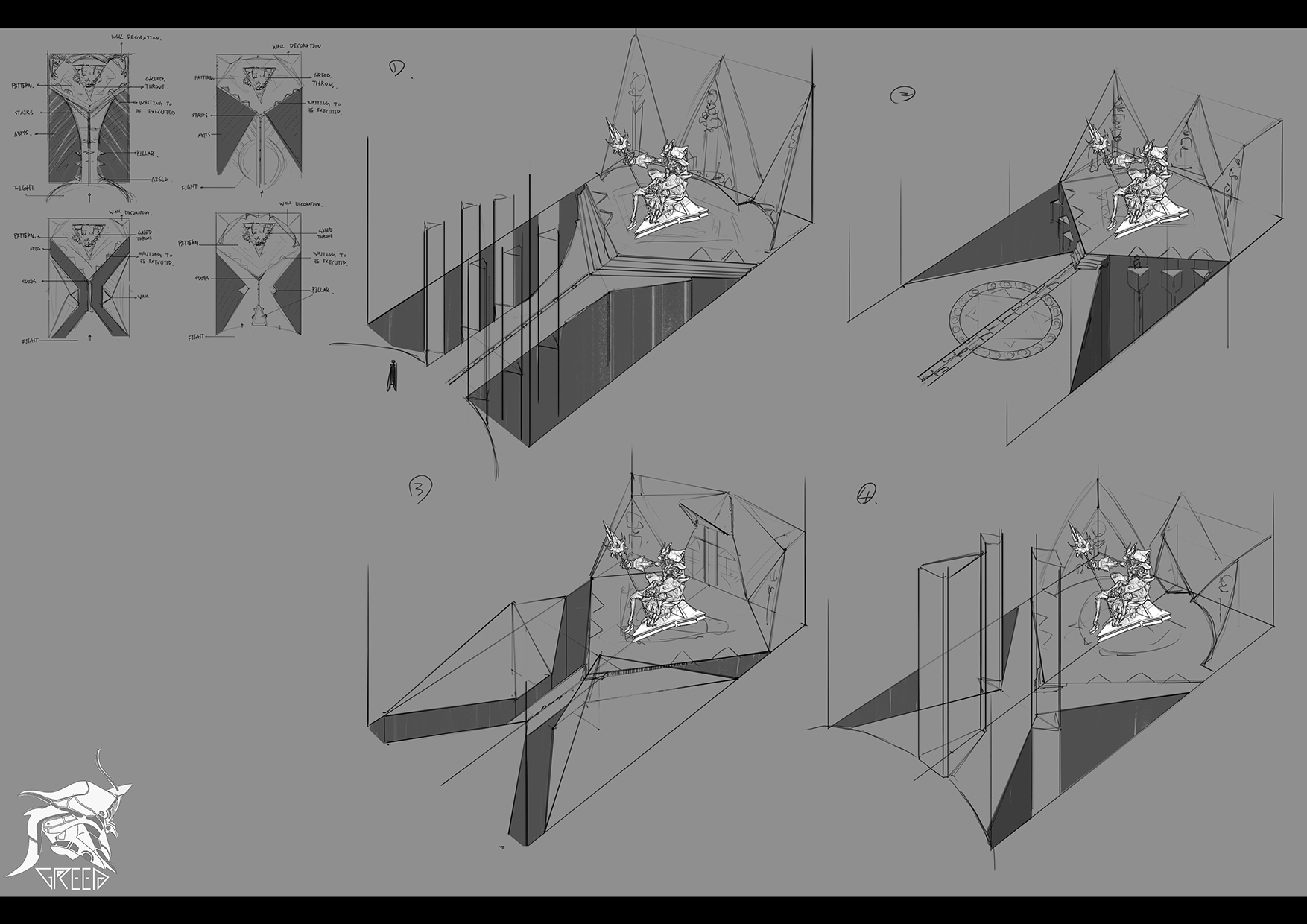 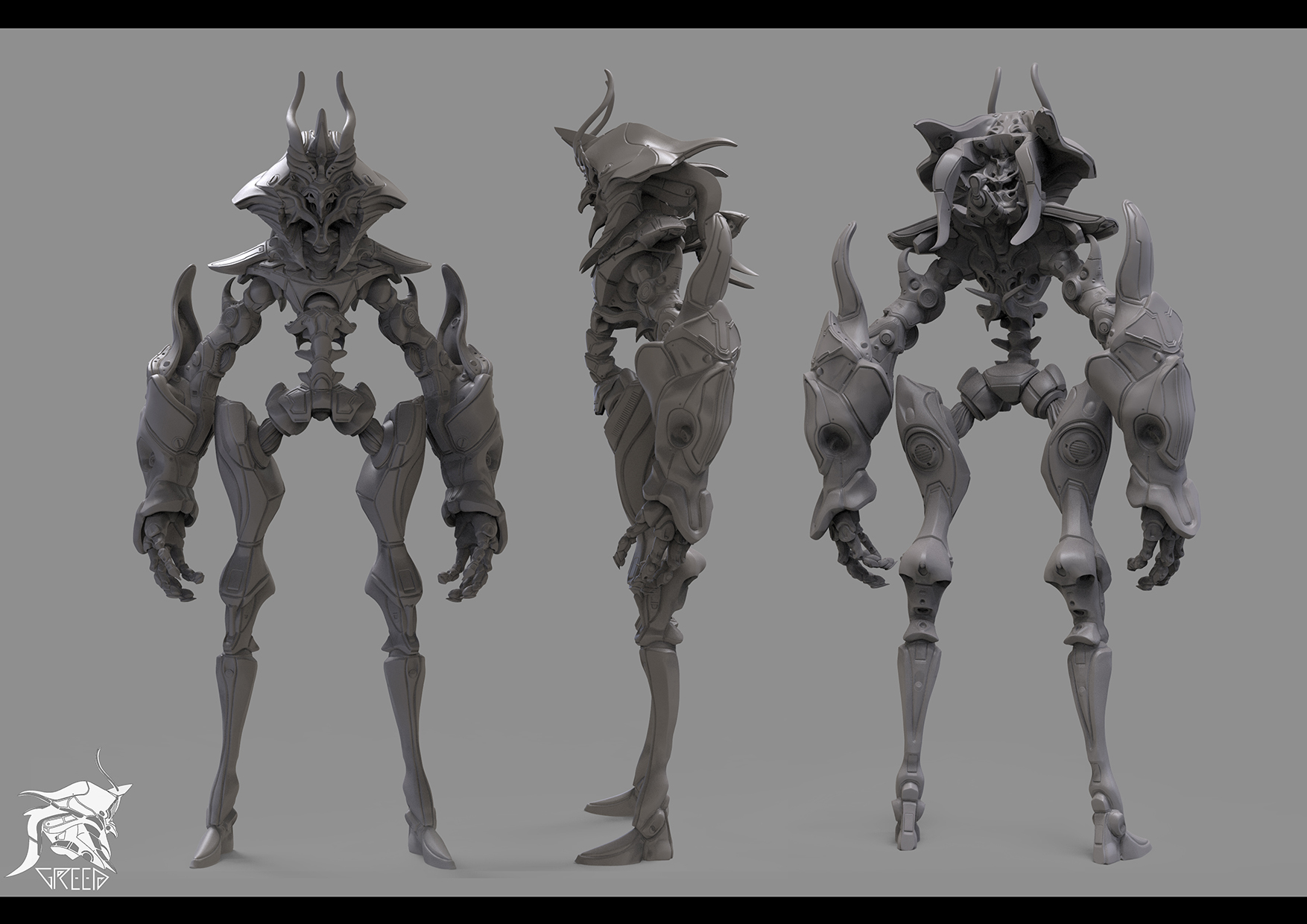