Gods of Rome early 3D concepts during the preproduction of the game.

Hi all,
Almost a year ago I had the pleasure to create these models for the preproduction of the ingame models of the Gameloft game Gods of Rome. As Gameloft Barcelona team, we participate with the Gameloft Madrid studios (creator and final realizer of the game) in some part of the preproduction.
I’ve worked for a couple of months on the models of Spartacus, Prometeus and Massinissa. The models are based on original concepts of Gameloft. Initially, the character design was intended as realistic but in the end they choose a different type of character design.
To realize these characters I’ve used Zbrush, 3dsmax, nDo, Photoshop, Topogun and Substance Painter for the baking and the texturing of the ingame version of the characters and Marmoset Toolbag as realtime render for this presentation. I’ve created everything for Spartacus and Prometeus. For the Massinissa model I’ve used some props realized by my colleagues and friends Pedro Martin and Ricardo Vargas. The hipoly version of the swords of Spartacus and Massinissa were created by my former colleague but still friend Francisco Viloria. The ingame models are almost 17.000 tris without weapons and one 2k texture.
It was very fun working on this project that allow us to produce a very realistic and characterized characters. 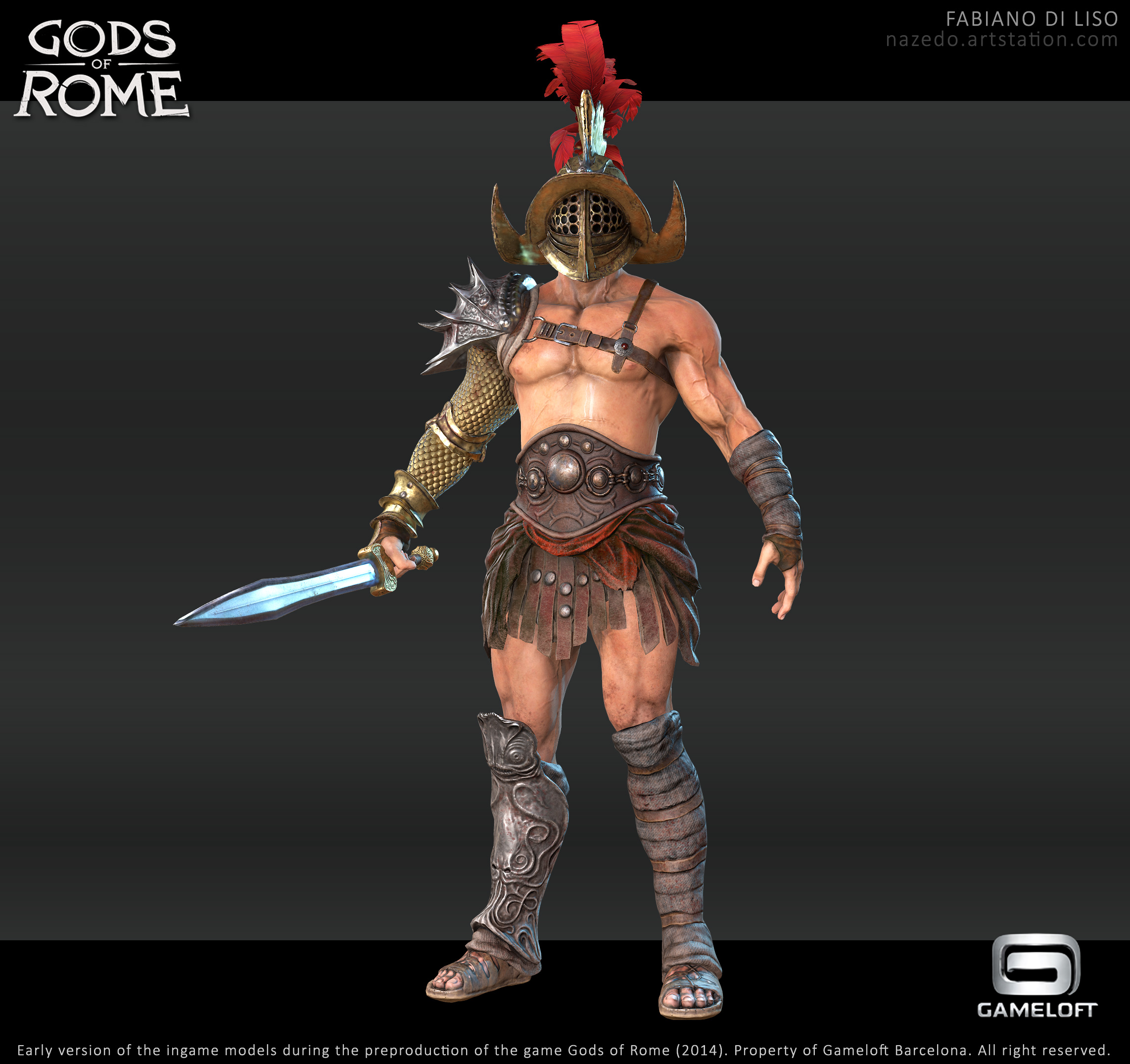 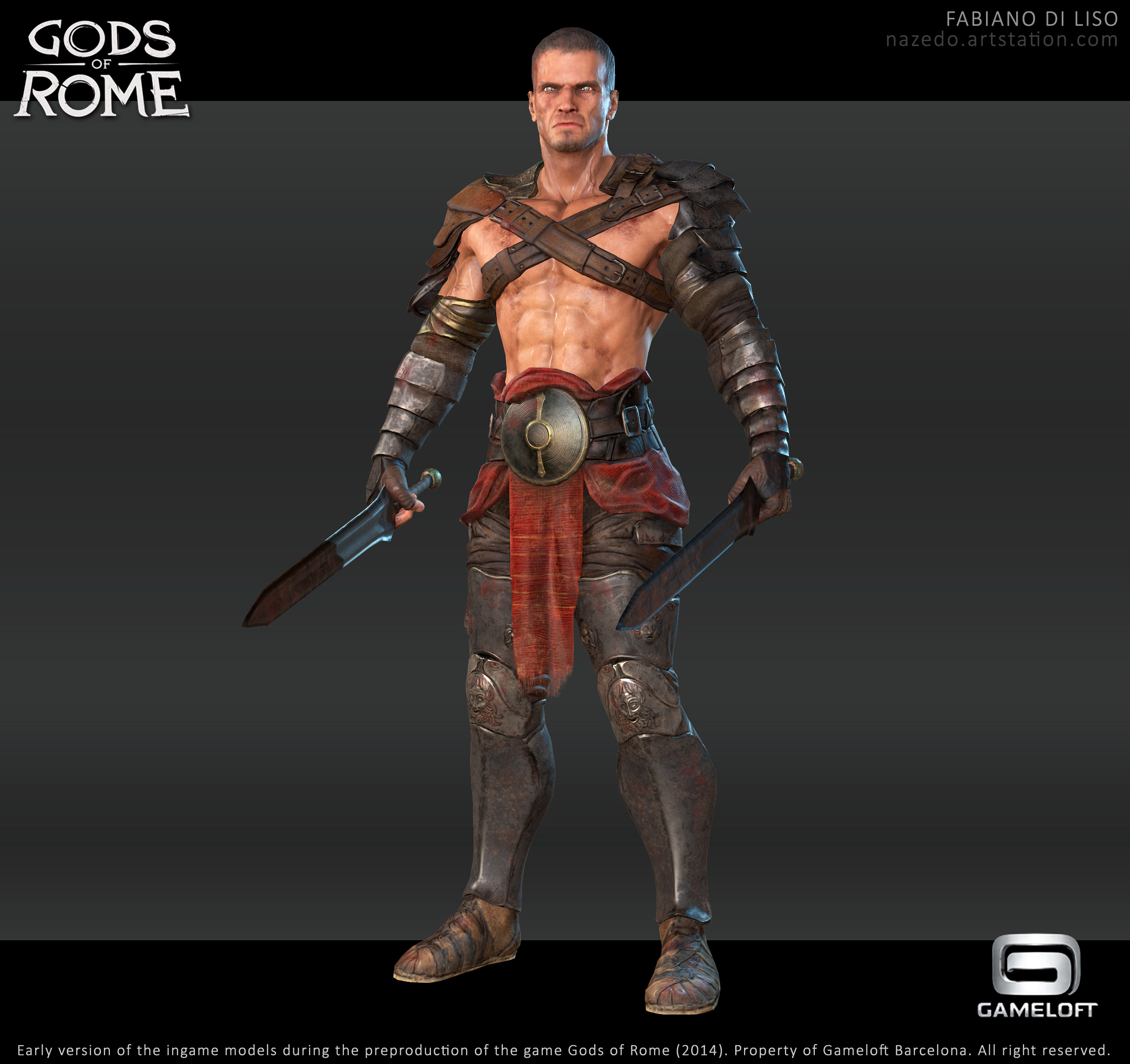 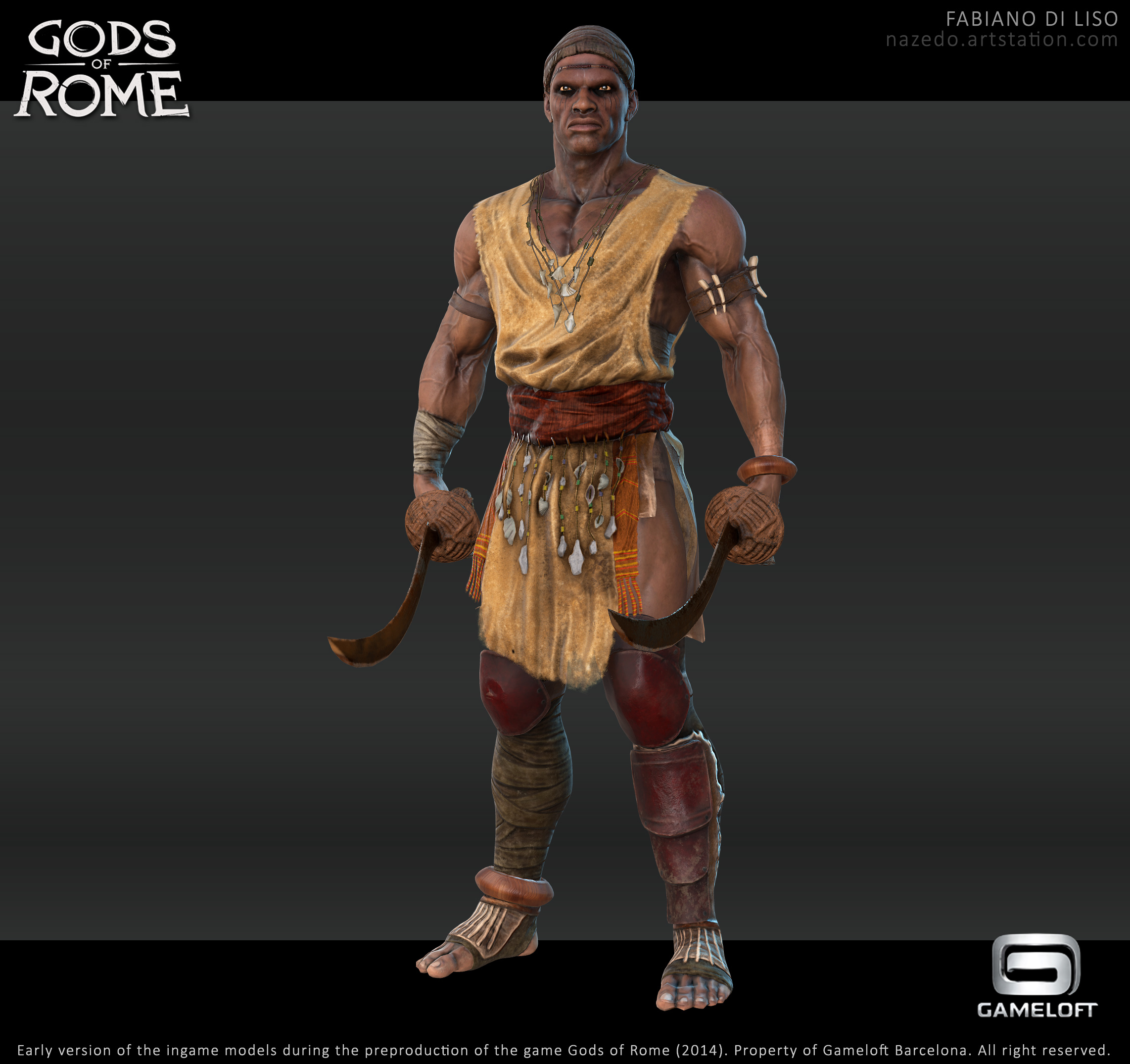 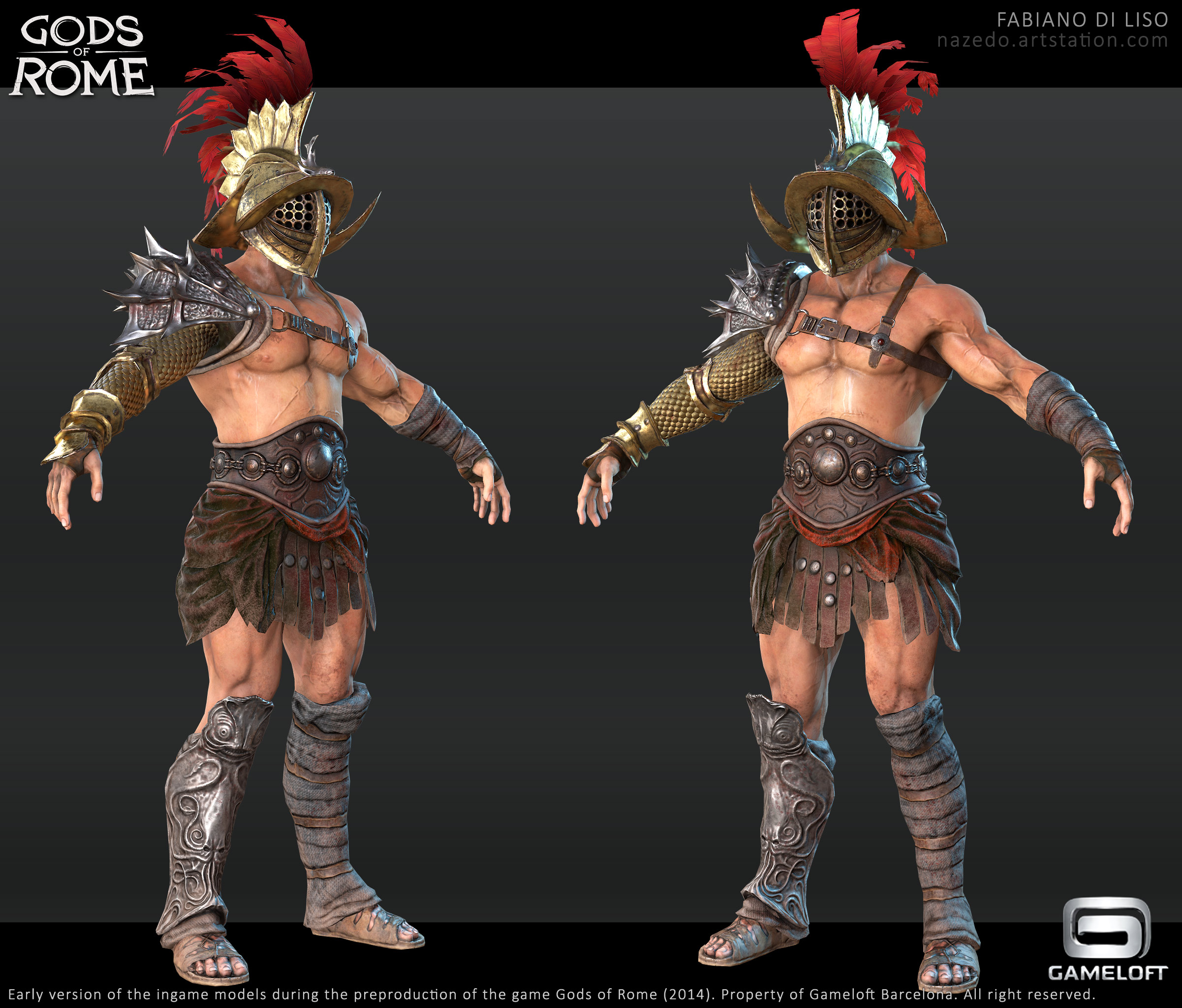 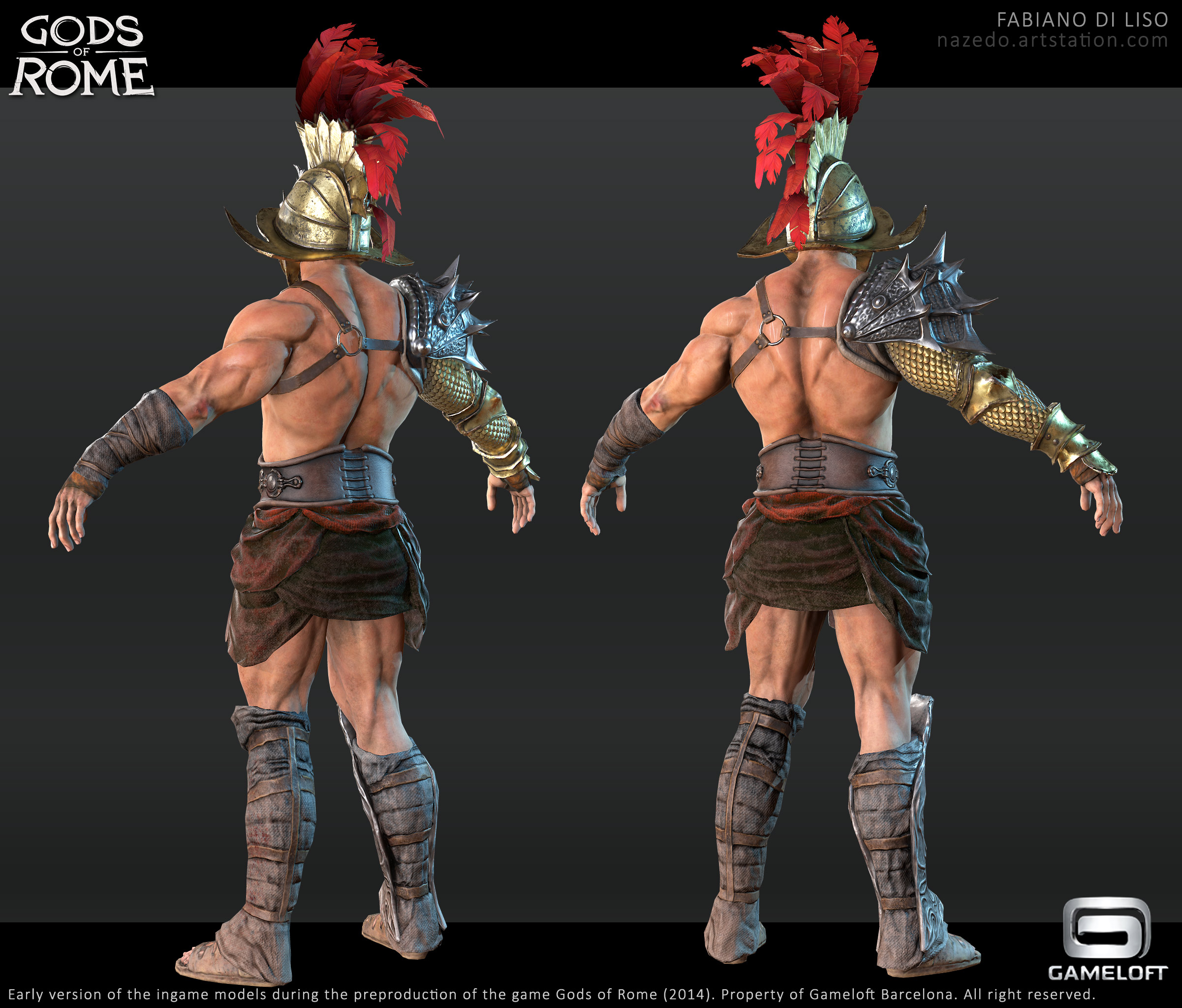 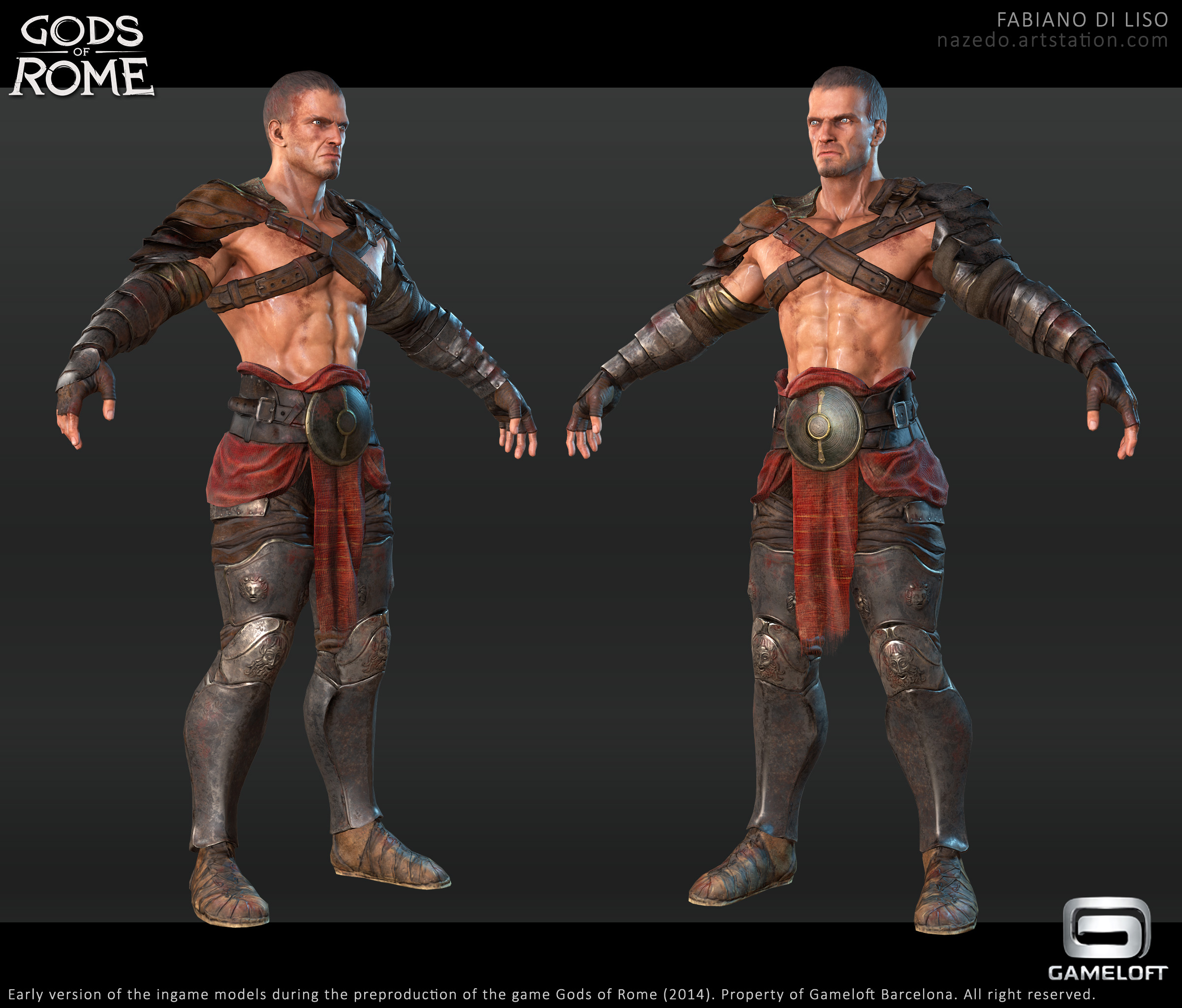 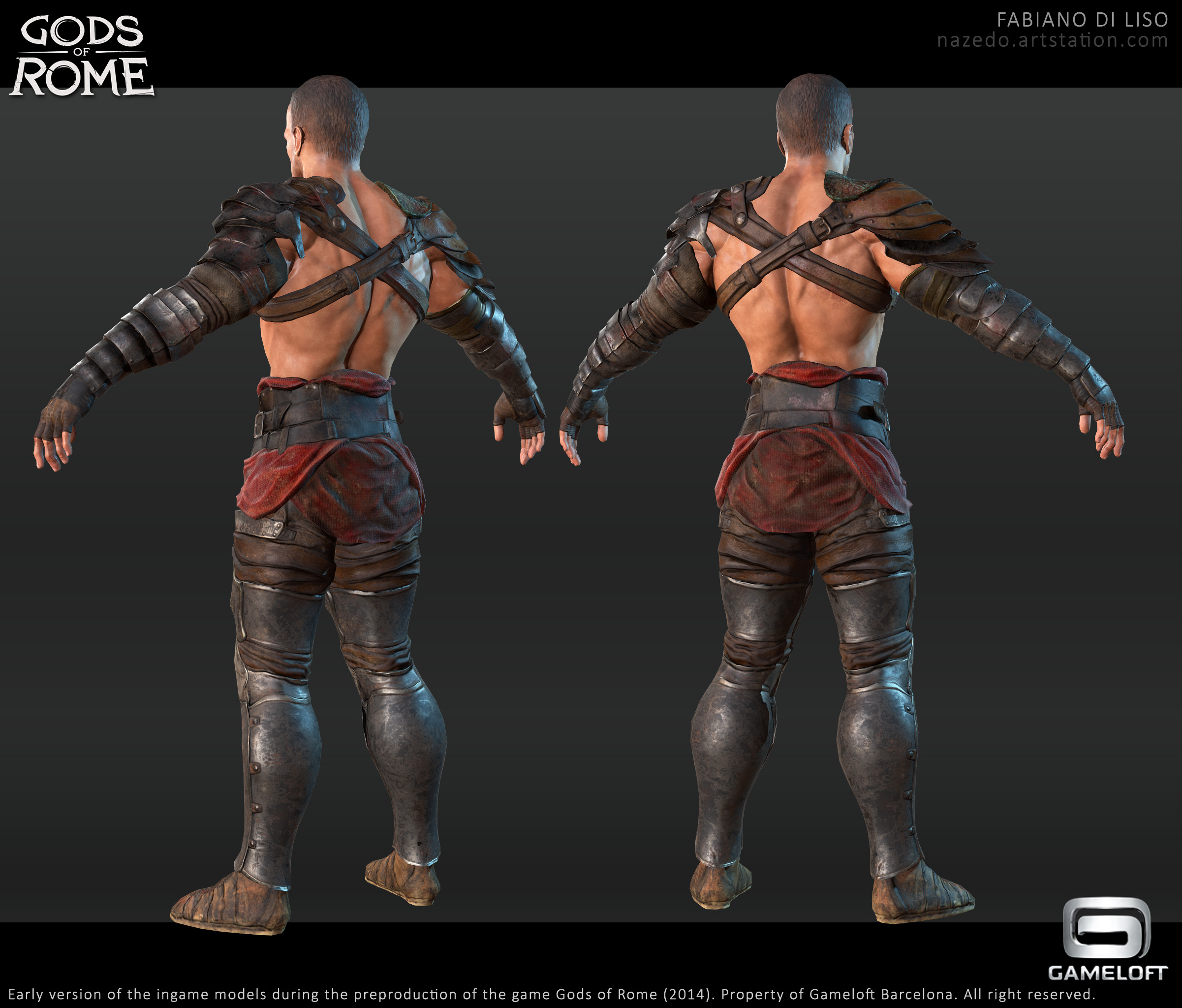 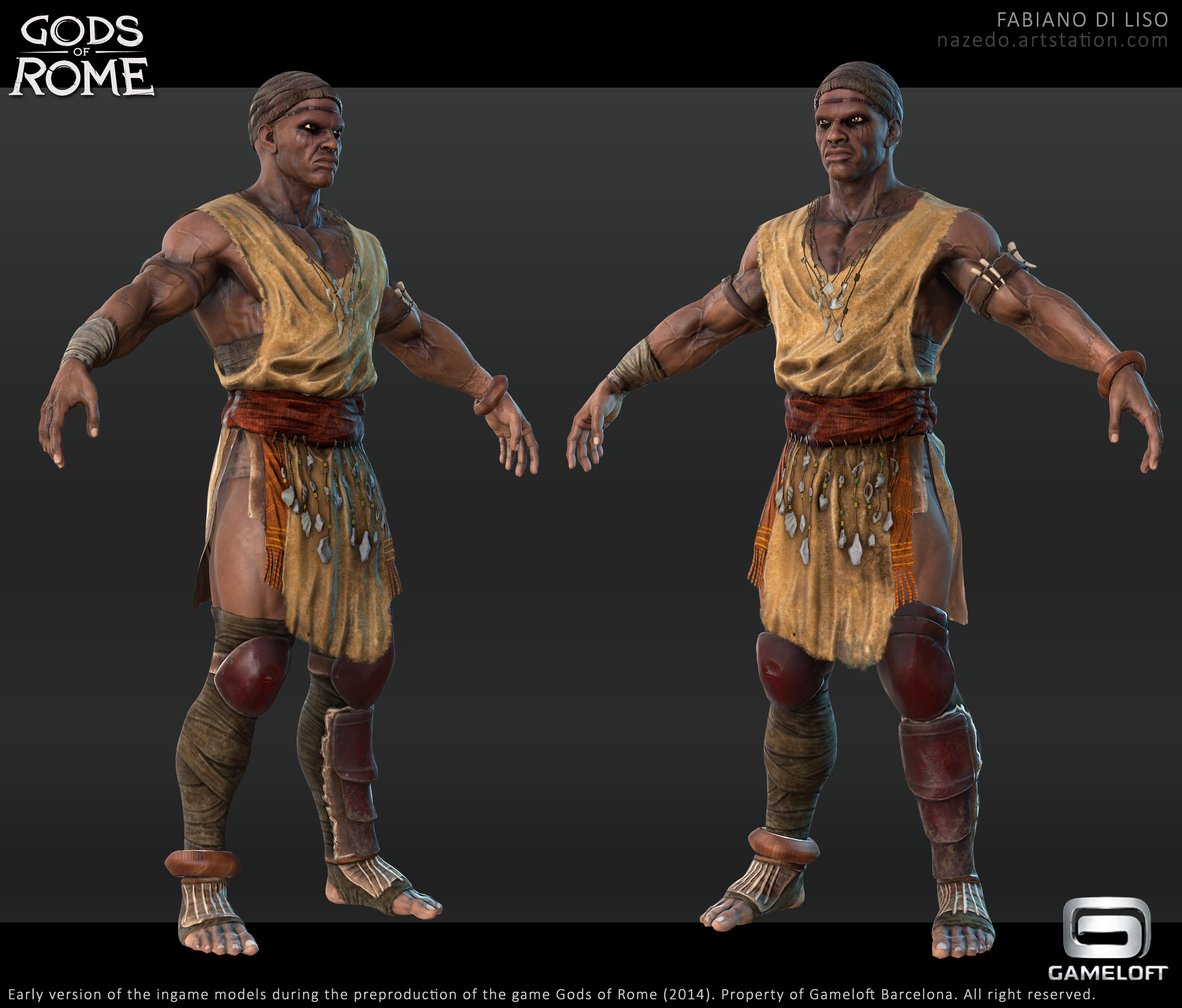 Here are other images of the ingame models: And these are the hipoly version: last but not least the turntables: