Ok so I know a lot of you have been PMing me about when I was going to post up some more ZBrush Comic book stuff. Well to give you an idea of how much my workflow has developed he’s a OC from my comic book which I hope to start getting the ball rolling on once I get some free time during the winter season. Just so you know what you are seeing is a completely raw preview render done is Zbrush with a custom MATCAP i’ve designed, no PS postwork done here except a shrink and little gaussin blur of the original export. All in all I am very happy with the results and would love to hear some feedback on what you think.

Those of you who are seeing this for the first time or are visiting my gallery or have seen my other 2 posts http://www.zbrushcentral.com/zbcinfinite.php?t=193615 and http://www.zbrushcentral.com/zbcinfinite.php?t=193615, for the past couple of years ( i know a lot of time but hey i gotta pay bills by working jobs) I’ve been developing a pipeline for those who wish to create professional quality comics (with the appeal of hand drawn colors and look) using 3D content without it looking well 3D. Why someone would want to do this is a matter of speed and the ability to edit on the fly. The character you see is 100% 3D in 3D space i can rotate, zoom, change the lighting instantly and pose within a matter of minutes and render in realtime, no BPR! So after using 3D animation software to rig and pose the character I send it off to Zbrush with the ZAPP link, there I apply textures and materials and smooth out any weird pologons, apply my material, adjust lighting and export a render and a mask if needed (usually I just use a all green screen background for easy chroma) . I then load the render into either PS for a little post work (smoothing the weird AA), and add in a background. This whole process takes me a few mins. From my research, normally it would take a day for an artist to pencil and ink a page ( pro level ). With my process, granted all you characters and textures are ready to pose and render and you have somewhat of an idea of how the pages are going to look, ( this is where a script comes in handy, thumbnails too! ) you can create a couple pages in a day. My record for 1 page where i used a sample xmen comic page as reference to recreate with 5 (2-1-2) panels and 4 characters was about an hour. The longest part of this test was rough sketching the backgrounds, which to be honest I could have used Google Sketchup to design the setting and rendered out camera views to speed up the process but i already had the backgrounds in the sample page. For arguments sake let’s say it takes me 3 hours to complete a page. Realistically in one day I can churn out 4 pages consistently and for a 20 page comic that’s and issue a week. So you do the math!! If an artist was able to work on 4 comics a month for a publisher that’d be cool for his wallet.

Full disclosure however the character creation process is the most timely part of the pipeline however once made then always consistent and able to use at the drop of a hat. I personally have been been an avid student of 3D art so I have a lot of assets that cut down my process when it comes to character creation. What I’ve done to simplified the process is with base meshes and textures of the male and female form that i will use over and over. Once those are worked out I then utilize morph targets to customize each character’s ‘look’ muscles boobs butts sizes heights weight etc. Everything I have is weighted to a fully rigged skeleton so everything says uniform. All in all thats the hardest part but then again I have assets that make my workflow efficient. Typically it takes me half to a full day to create each character which consists of researching reference images, modeling, clothing design, backstory. Oh and while I’m doing this, I have a custom wiki that I add character notes to so I can fine tune their personality. So far since I’ve started i’ve created 60+ characters and 10 races in 3D fully ready to go! I’m not even counting all the other characters I have on paper that I still need to make!

My final goal with developing this pipeline is to of course publish my comic which I see it becoming a western shonen type series, and educate artists to think outside the box when it comes to conventional ways to create art. When I was in college i got into a car accident that damaged my wrist so after recovery my drawing skills were compromised and I turned to digital art because I could use a mouse better than my pencil. It was always a life long dream of mine to make a comic that you could buy in stores. I didnt care if anyone thought if it was good I just wanted to be able to do it. Unfortunately that accident crushed those dreams but I kept at it regardless. So those of you who look at me and my process as being a lazy alternative to drawing well there are plenty of us out there that can’t draw but still want to be a comic artist. On that note thank you for taking the time to check out my work and in the future I hope to show more progress of my work. So if you know someone who my work would inspire, don’t hesitate to share and start a dialogue. 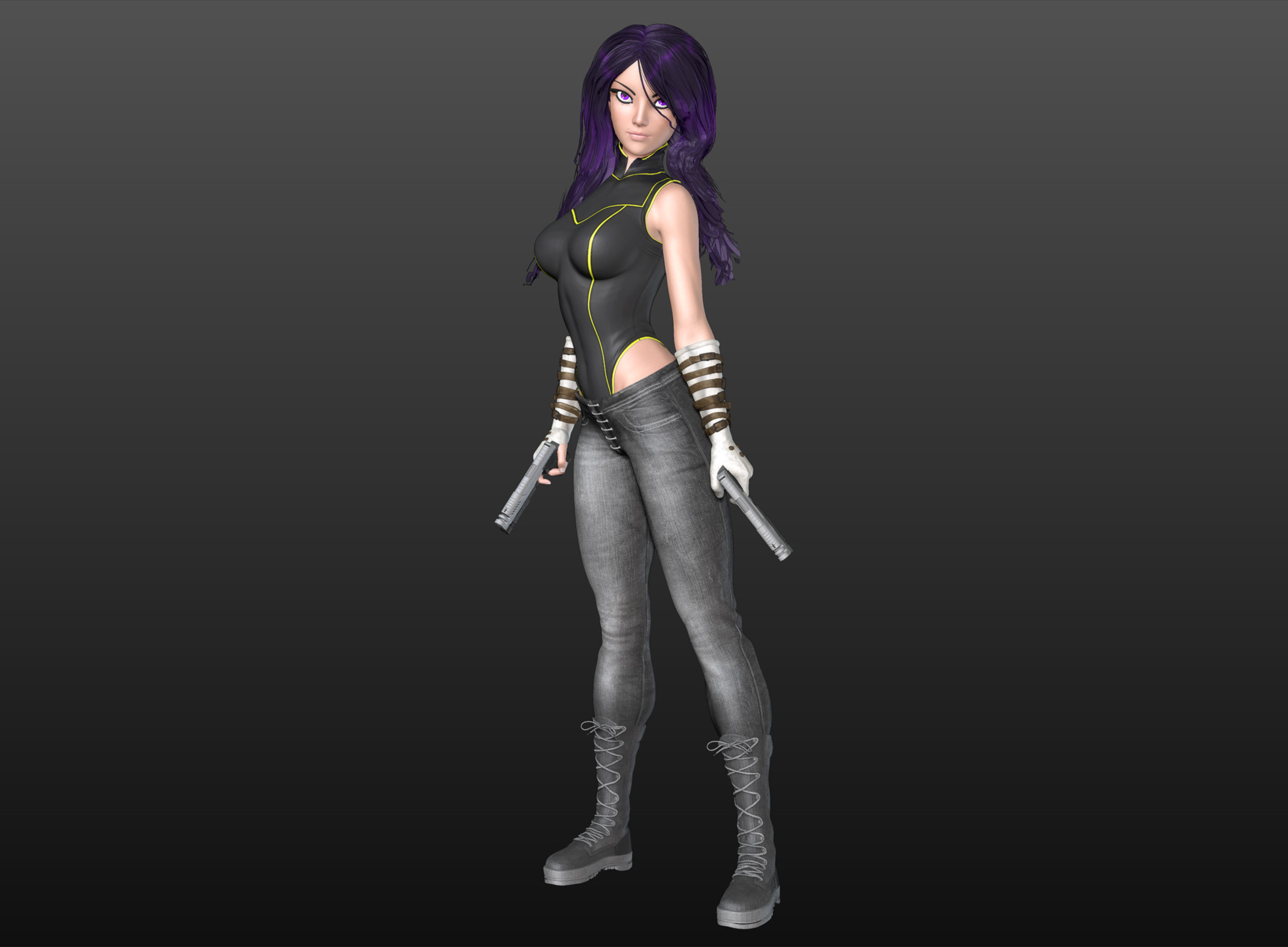