Today we have the pleasure of interviewing Mauro Patrizi (known here at ZBC as P^T). Not only is he a talented artist in his own right, but he has also been the number one contributor to what is now the MatCap Library. This obviously made him someone who makes use of ZBrush in all its aspects, and we were excited to learn more. And what better timing than the same week that the Library launched? Enjoy!

As always, I like to start with an artist’s background. Could you first share something of your personal background?
Yes, my background is full of important events which have contributed to my professional development. There are many things that I have done which have helped me to better understand art and production techniques, in order to realize a project. I have experimented a great deal within the artistic sector, being driven simultaneously by a thirst for knowledge and by the sheer enjoyment of creating something.

Since I was 16, I have continued to both study and work. I went to the Artistic Lyceum and then to the Academy of Fine Arts. I gained top results in both. (Although I did not exactly study too hard. The trick? I listened hard in class!) At the Academy, I gained two First Class highly specialized degrees; the first in Visual Communication and the second in Computer Graphics.

I have always lived in Porto San Giorgio, Italy where I have now opened my own studio which provides 3D modeling and animation services.

And now for your professional background!
I started working from an early age, as a graphic artist for a company. Much of the work I did involved retouching photographs. Gradually I came to 3D. Fascinated by this new and previously unexplored world I realised my very first animation at the age of 18. But if I see it now I feel bad because it is so awful!

I have to say also that the fact that I have a diploma in architecture led to the collaboration with several important companies, including Draft-Garden.

Today you’re the 3D Lead Art Director, and a 3D Modeler, and Lead Animator for Saizen Media Studios. It sounds like you just about do it all! Could you tell us about your job and what it entails on a day-to-day basis?
My professional relationship with Saizen Media Studios could be defined as a log-lasting ongoing per-project based collaboration. Saizen has a very well defined style and approach with which I can relate and identify. Therefore it was easy to “click” from the very jump-start and ride the groove with each individual project. Furthermore, Saizen Media represents one of the most innovative approaches and exponents of the digital media industry in Italy. So I was very interested in being part or something like this, in the possibility of growing within the company as well as helping it grow by bringing my knowledge and skills set to the table.

As far as my specific tasks, it all depends on the nature of the project, its specifications and requirements. The pipeline and workflow they adopt is very similar to that of the movie industry, so everything is planned from the very beginning. I am provided with sketches, concepts, animatics or flash simulations of what the shot needs to look like. Using this methodical approach reduces the possibility of error but at the same time helps let the creative juices flow in a focused manner.

Your company has worked on some really impressive projects, with many of them for big name companies. What has been your favorite so far?
Collaborating with Saizen has allowed me to take part in projects which have been both rich in content and very satisfying. I can confirm that I have been very satisfied with all the projects which we have carried out together, but there is one in particular that has remained my favourite: Gears of War - Emergence Day.

Were you involved with the creation of Saizen’s way cool website? Was ZBrush used in it at all?
I created some of the contents (mainly 3D illustrations) for Saizen website, but I was not personally involved in its creations.

ZBrush is used primarily for the creation of highly detailed models or very real textures to apply to those same models. Once we have a model which is as close as possible to real life in terms of shape, we proceed to the animation and integration of the other contents. Before this we try to optimize the model as much as possible. It is very important to check the loops around the joints and work as much as possible on the models’ quadrangular subdivision. This facilitates both the creation of UV projection as well as the management of weightmaps.

How does ZBrush fit into your workflow?
I always try to integrate ZBrush into every project that I do. This is because ZBrush adapts itself so well to every type of need at production level, and to create content with it is extremely efficient and fun at the same time.

A few years ago it was unthinkable to have models with such a high level of detail. As we know, the management of a model is strictly connected to the number of polygons that the processor is able to elaborate and the only way to get highly detailed models in the past was to work on displacement and bump maps. Today, thanks to ZBrush, the approach is different and we can both work on and increase the level of detail on an already-optimized model, as well as create a new model and optimize it in little time thanks to the Retopology tool.

You used TransPose on your recent Venom project. Could you share your thoughts about that ZBrush feature?
I have to say that all the new features introduced in the 3.0 and 3.1 versions of ZBrush have fascinated me. TransPose is a phenomenal tool which means the user avoids having to export, pose, or re-import the model. It is fantastic, as it functions like a lever system in which the user decides the fulcrum, the rays, and the intensity of the TransPose.

You’ve also arguably created more MatCap materials than anyone else on the planet! You obviously like the feature. Could you talk about MatCap and what it means to you as an artist?
Maybe there’s someone on the planet who has created many more than I have but is perhaps keeping them hidden! (Laughing) Yes, I like this new feature very much; primarily because through the material the user can see if the details which are being added react well to the illumination of the scene. Another very important aspect is that we can use different materials in the phase of compositing thanks to the innovative Pixols technology which, in addition to maintaining the colour and the material, also maintains the depth of the image.

Where do you get your ideas for MatCap materials?
You won’t believe this, but I was doing a bit of sculpture with my favourite kind of plasticine when at a certain point I thought: I would really like to have this same material inside ZBrush. So without too much effort, I found a system for importing and using materials which I use in reality, inside the program.

You’ve already shared a tutorial about creating MatCap materials. Can you share some tips about using MatCap in a project?
At first, I took all the plasticine that I had and positioned it onto a spotlight, partly in light, and I took photographs of the material. Then I imported everything into ZBrush using the new MatCap tool. I was then able to recreate the same material. It is important to remember though that the specularity of the material always depends on the angle of the light source.

You can also view my quick tutorial here.

Since MatCap is only used for ZBrush renders and you’ve created so many of the materials, I’m guessing you really like using the ZBrush renderer. How does that fit into your pipeline?
Yes, I like using it very much. The internal renderer allows a notable reduction in production time. Once created, every separate level of illumination of the image is very simple. It is good sense to then proceed to compositing because it maintains – using the pixols – many important characteristics such as the materials and the Zdepth.

What are the challenges that you encounter combining ZBrush renders with the rest of your project, and how do you overcome those challenges?
I have not encountered any particular challenges for the use and integration of ZBrush within my projects. The most important thing is to plan the project well at the beginning and to understand which tool is the best to use for the production. It is also important to have good knowledge of light and how it works.

Where do you find your inspiration?
I like this question. I often get inspiration from what is around me: events and unusual things that you find in everyday life. I often find meaningful things in my work. One of my favourites (as a concept) is “The Freak” which I did for the monthly Gnomon competition.

What are your long term goals?
Another interesting question. I am in a period of transition… Recently, as I previously said, I have opened my own 3D models and cinematics production company. I still work with Saizen and other companies for the production of three-dimensional content. I always try to do my best and produce elaborate material, whether it be models, renders or animation.

In January my new company website will be ready… I am doing a bit of advertising!

Is there anything else you’d like to share?
I like to share my tips, when I can. In my opinion, you can only grow by sharing with others within your sector that which you learn in a particular field. But in order to do this, one must believe that one never stops learning.

Please thank Mauro for taking the time to speak with us and share his insights! You can also view his website/blog here. 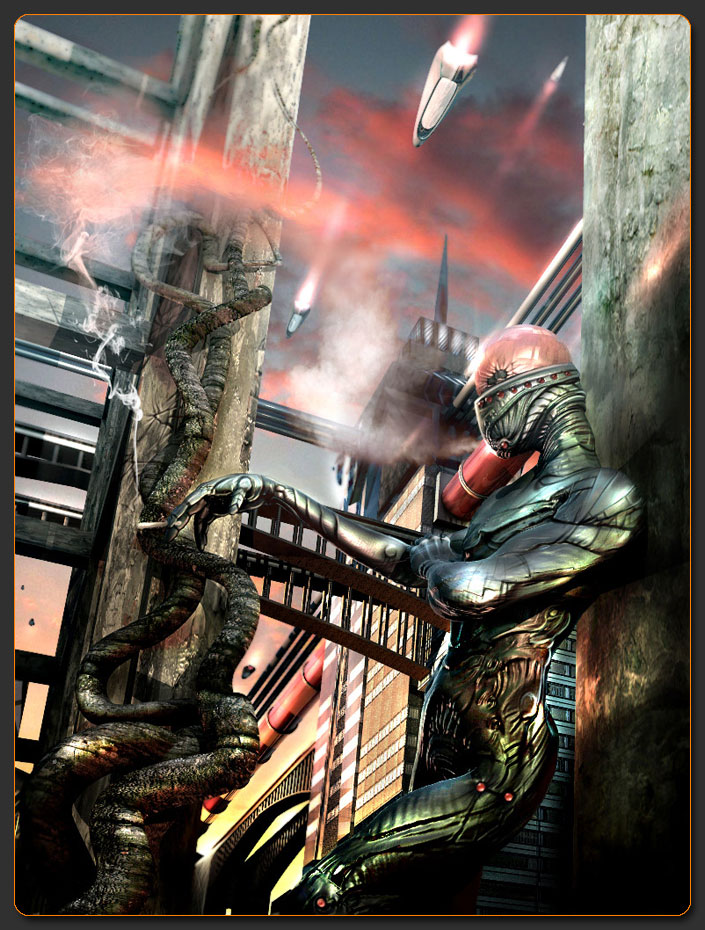 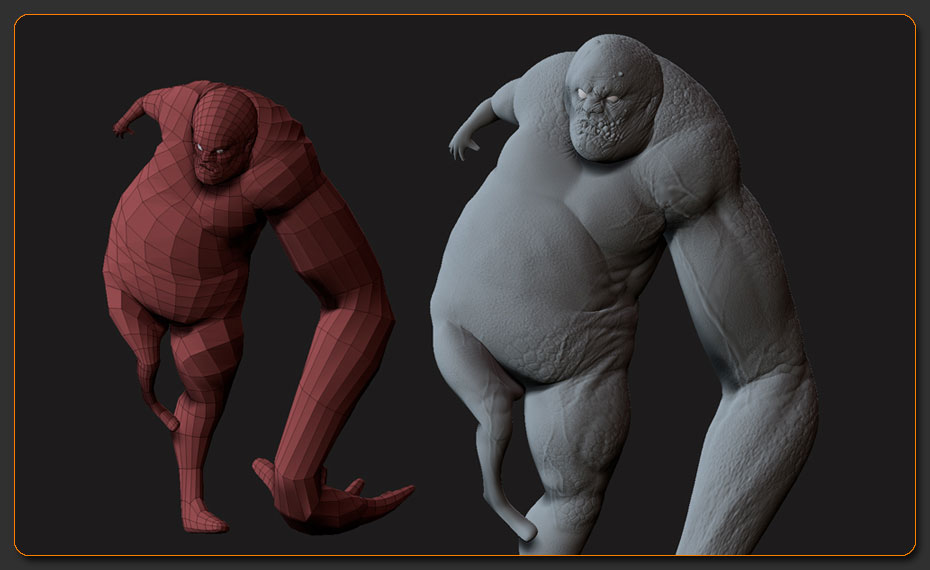 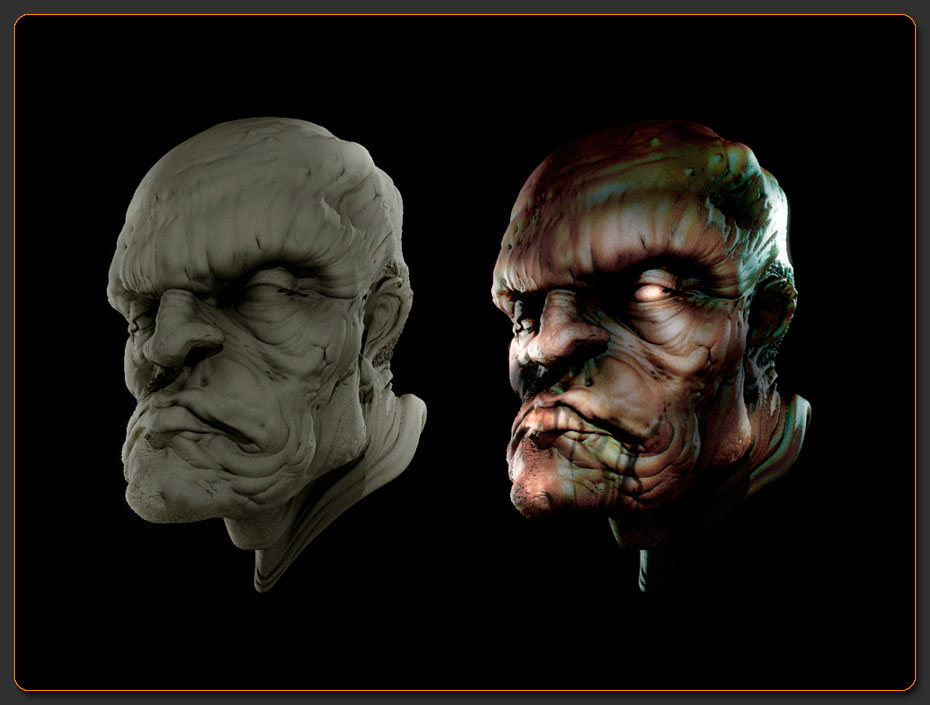 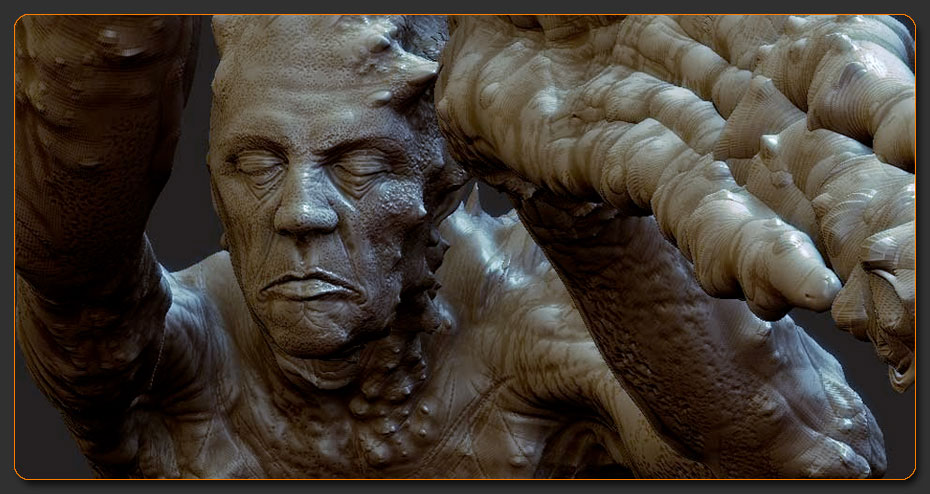 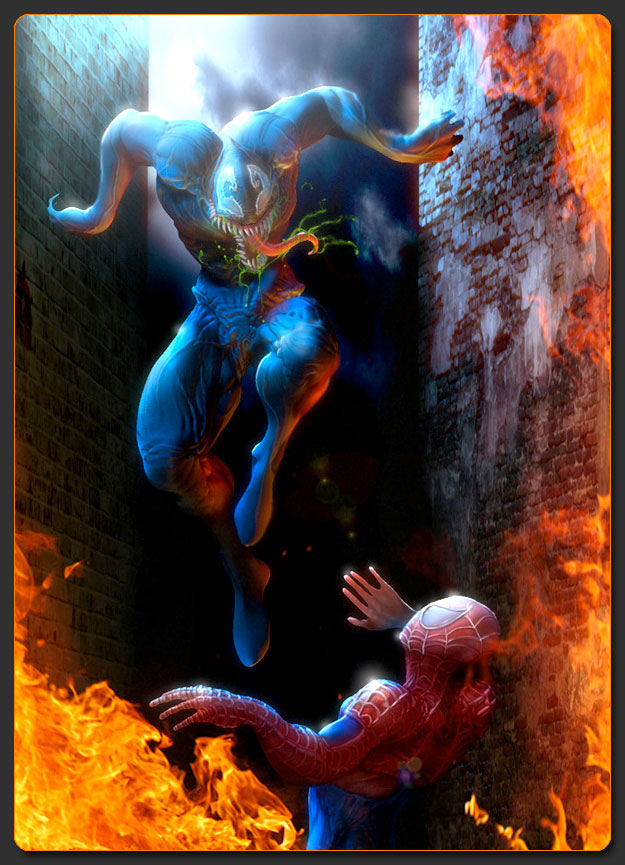 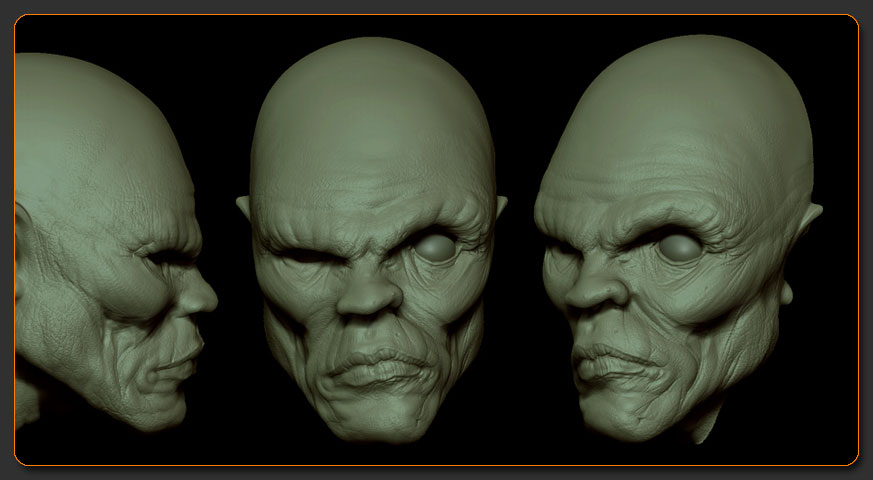 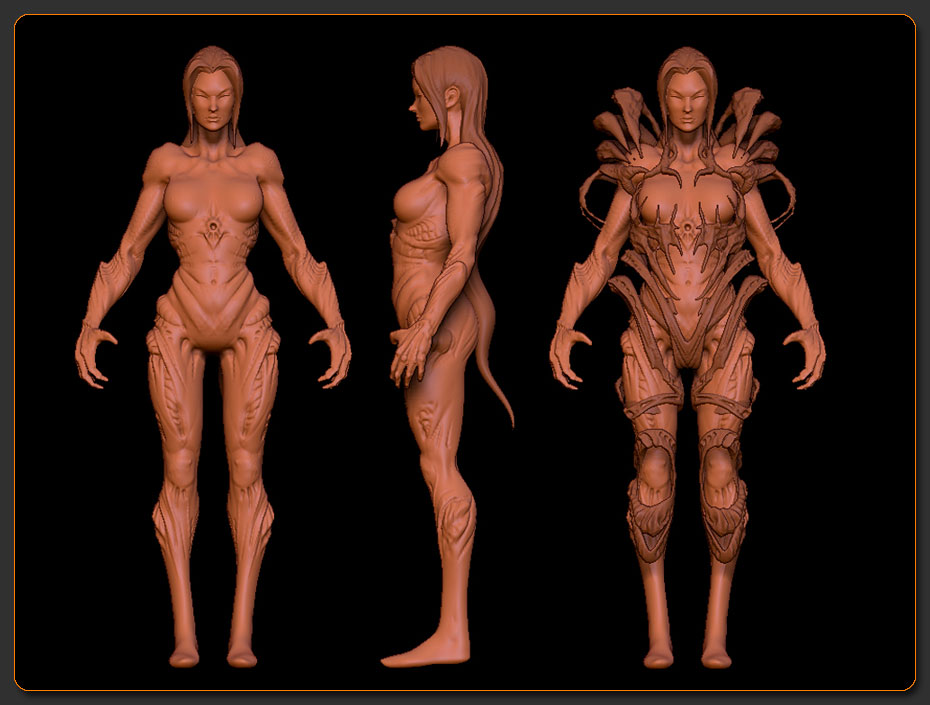 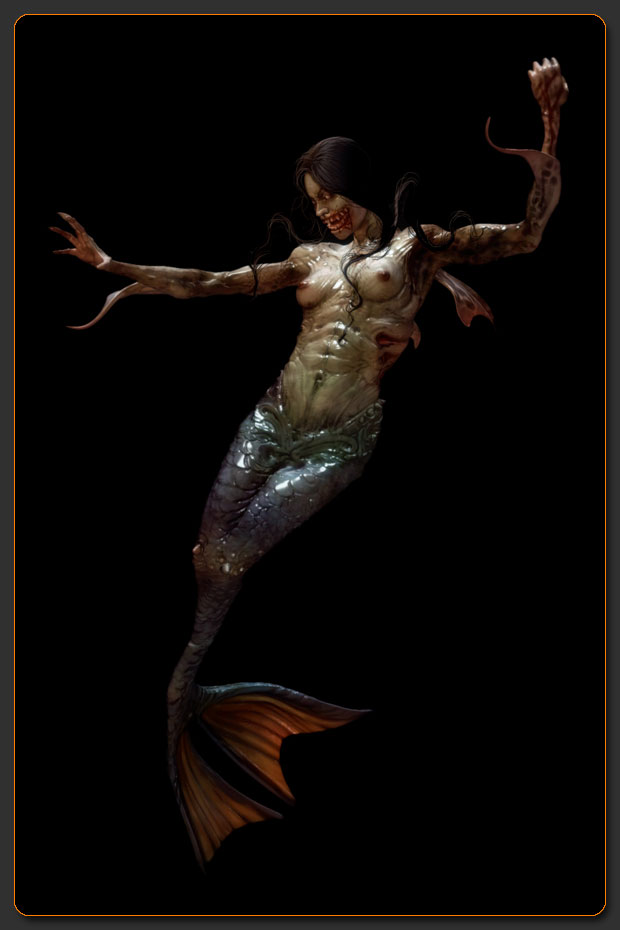 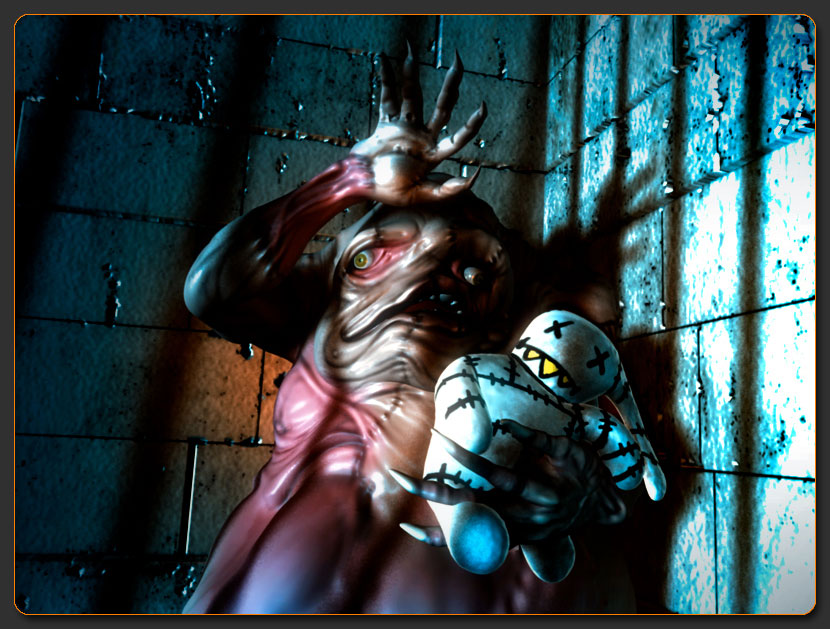 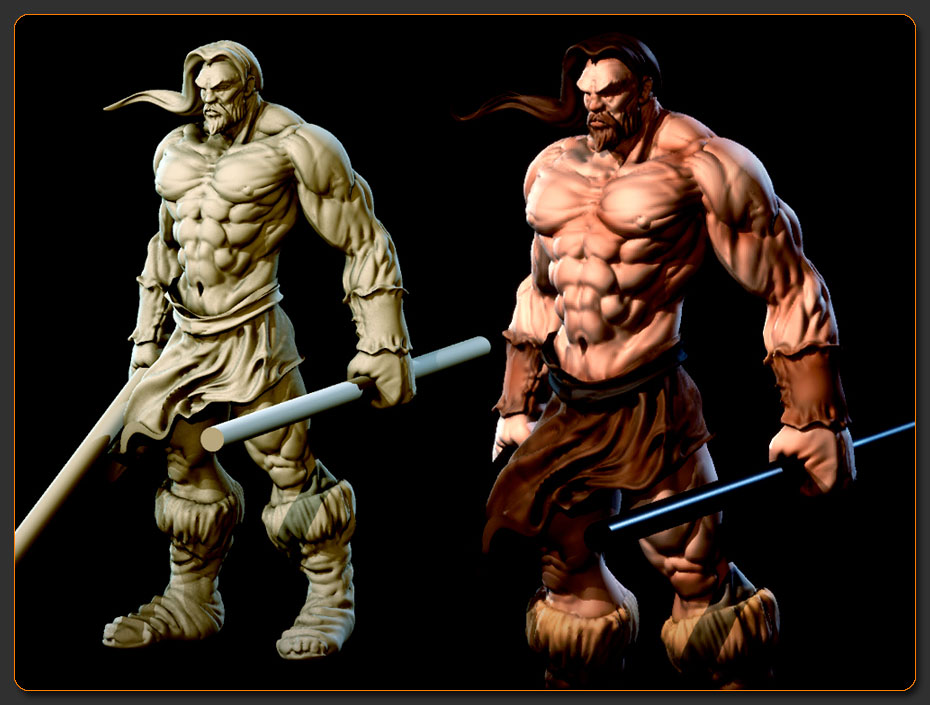 Its An Honor To Be Reading Your Interview Mauro, Yah Works An Inspiration!!!
Many Thanks Jonny

I don’t think i’ve ever felt as much pity for a 3d character (or any character probably) as in your “the freak” concept. The poor freak

I like this community and
I really appreciated all of your comments.

i love this! lol. i bow to the matcap king. thee who creates most matcaps, thee who is in the lead helping revolutionize how people use new technologies to create a new level of graphics

…is resuming the human condition!

so cool,For a long time to learn it?

Apologies for taking so long to comment. Congrats on the interview man.
Thanks for all the matcaps and mat cap tuts. Wish all the best for the future.
Keep up the good work

Frenchy Pilou: Yes. “The Freak” shows us who really is the “Freak”.In this case, the real “Freak”, is the jailer, not the recluse.

rogertg: Thanks man, I really appreciated.

brettSinclair: Thanks Brett, I am glad to hear that you appreciated my works.
Thanks again and I wish u the same for your future! c ya

johneyrussia: Well… Yes I’ve got a secret…The secret is:
Put passion in Everything you do.