Hi all, I know, another noobie sketchbook. Jeez.

I’m a hobbyist only and have had about 1 ½ years prior experience in modeling using Blender before I got Zbrush in October. This project stems from my becoming inspired by Pixolator’s motorcycle and Hell666’s bicycle. They are both such superb artist and Zbrush technicians. I felt that this would enable me to get accustom to many of Zbrushes features and it has done just that. I know Hell666 said it took him 4 days to build his bike and another 4 days to texture. This project has taken me MUCH longer than that to do in the evenings after work and some weekends. I only wish I could work as smoothly as Pix does in the motorcycle vid.

All long parts, bike frame, handlebars, brake and derailleur cables, were made using Zspheres as shown by Hell666 in his thread. The chain was also made per Hell666’s little tutorial on that. Most of the other parts were made in shadowbox or with extraction. The wheels/tires are one piece for both wheel and tire and made using initializing of a ring. I learned a ton about using the transpose, masking and many other parts of this very cool tool while making this bike.

The bike has 131 subtools listed but I merged many pieces to get some of the individual subtools so I’m estimating that there were probably 170 individual pieces made to complete the bike. The total polycount is 18,333,151. At the end, while trying to do the renders with ZBR, I was barely able to move the bike as it was bogging down my little laptop so bad. My original intention was to make a rider for it also but there is no way my computer can handle that, so I guess I’m finished with this project by default. C and C very welcome Quote:“The total polycount is 18,333,151. At the end, while trying to do the renders with ZBR, I was barely able to move the bike as it was bogging down my little laptop so bad. My original intention was to make a rider for it also but there is no way my computer can handle that,”

-try Decimation Master to get filesizes that your system can handle. On some subtools, you could lower the subdiv levels without a noticeable difference in the final render (especially with smaller parts)

Thank you gentleman,
@Ether - It seems that shadowbox creates tri’s and decimation always refuses to work with tris for me. I’m probably doing something wrong. BTW Etcher I love your work and thanks for your tut’s they’ve really helped me.

Sloppy welding on that bike. The welds should look sort of like coins on top of each other. Like this: 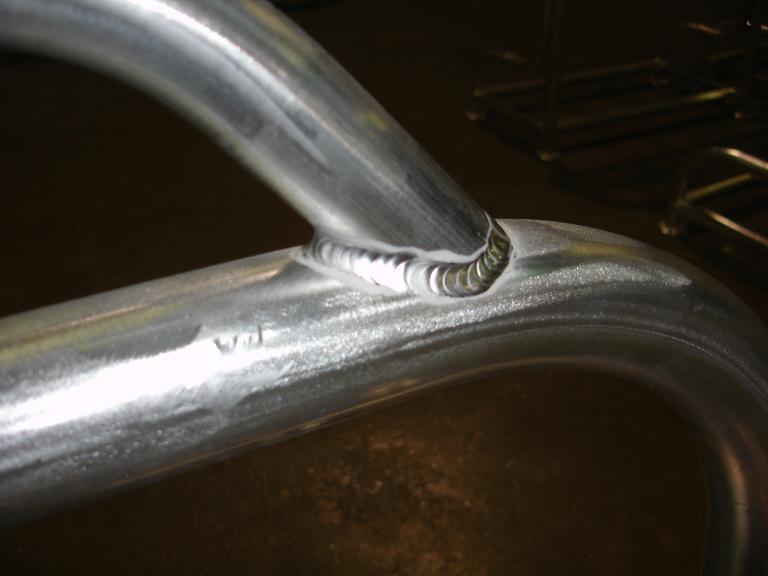 another of my Zbrush hard surface experiments. The photo of the blue one in the ceneter was my reference. C&C always encouraged. Thanks all. Ok one more. This, the dog and the bike are my Zbrush hardsurface experiments since getting the program. The small pic was my reference. Again, C and C welcome. Hope you like these three projects, I had a blast making them. Loving Zbrush. 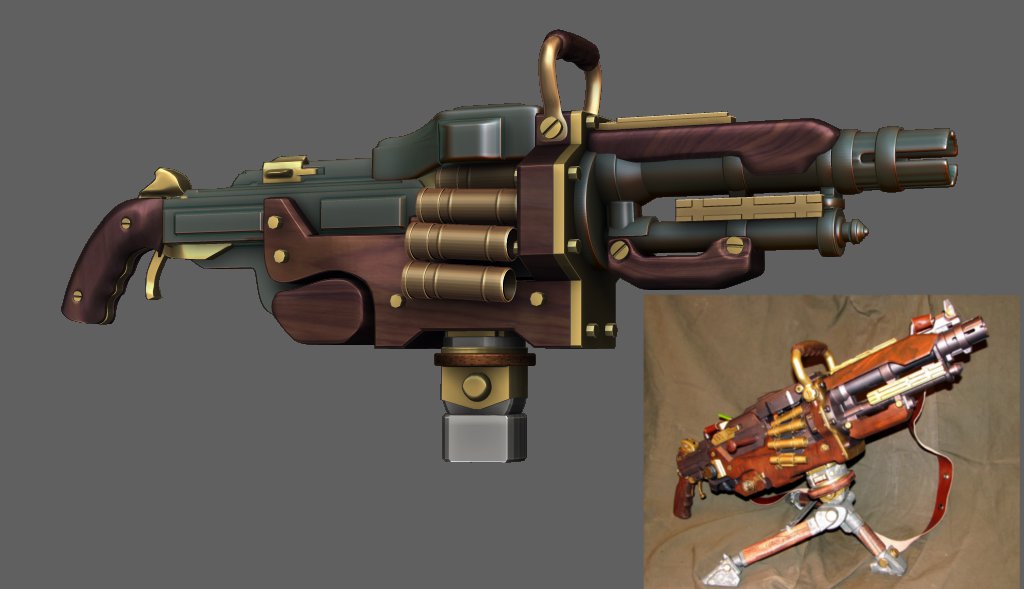 dude I’m loving it, its so nice to see something other than characters on this forum

I was asked if I could do a little something about the process of making the bike using Zbrushe 4’s great new hard surface and base mesh creating features.
I’ve never done any sort of tutorial before and since I’m new at 3D and really new at Zbrush it seems a bit pretentious. On the other hand maybe it’ll help some others that are new save a little time in the learning process so they can get to the creating a little quicker. I’m certainly open for crits on both the bike itself or the tutorial from anyone. I’m always looking to learn and get better. 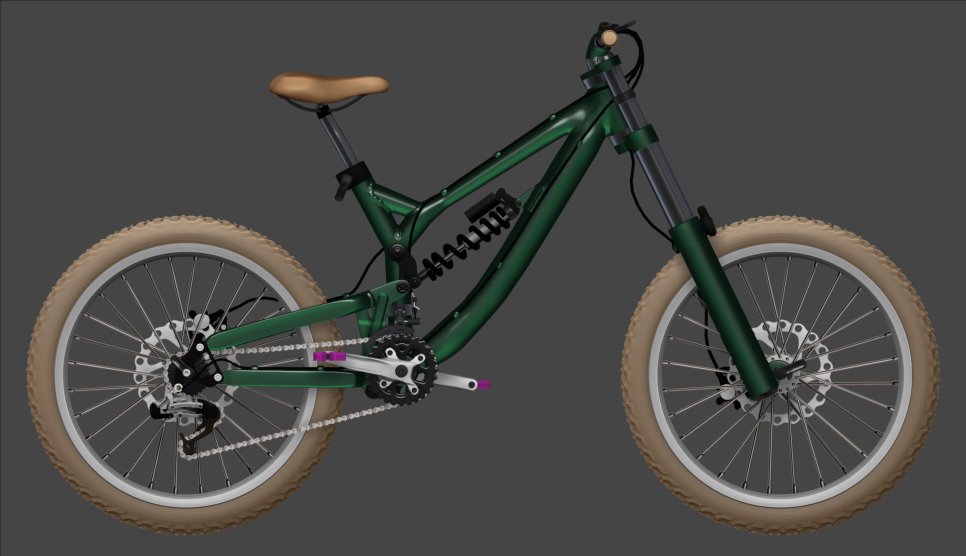 Just do a lot more parts just like the above and pretty soon you have your project done.

I hope that helps someone. Have fun all. I sure do playing in Zbrush. 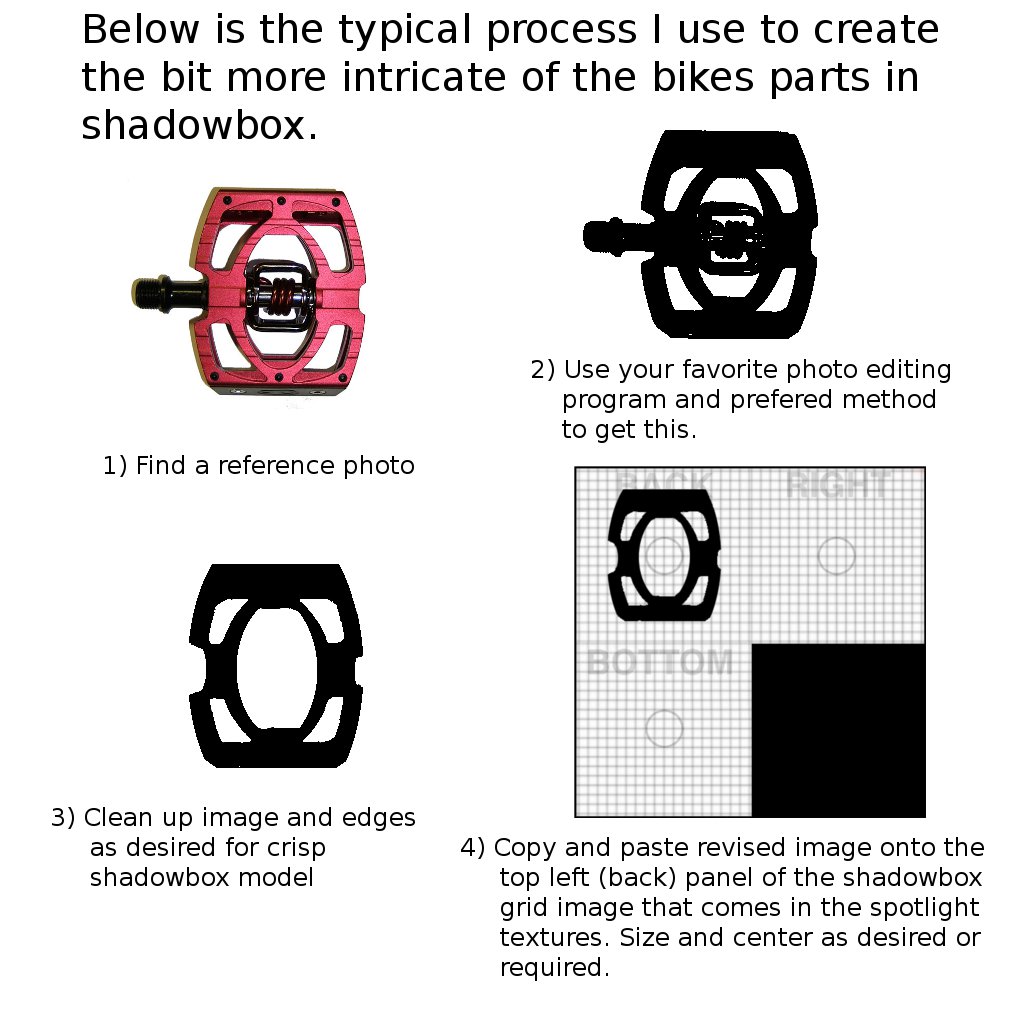 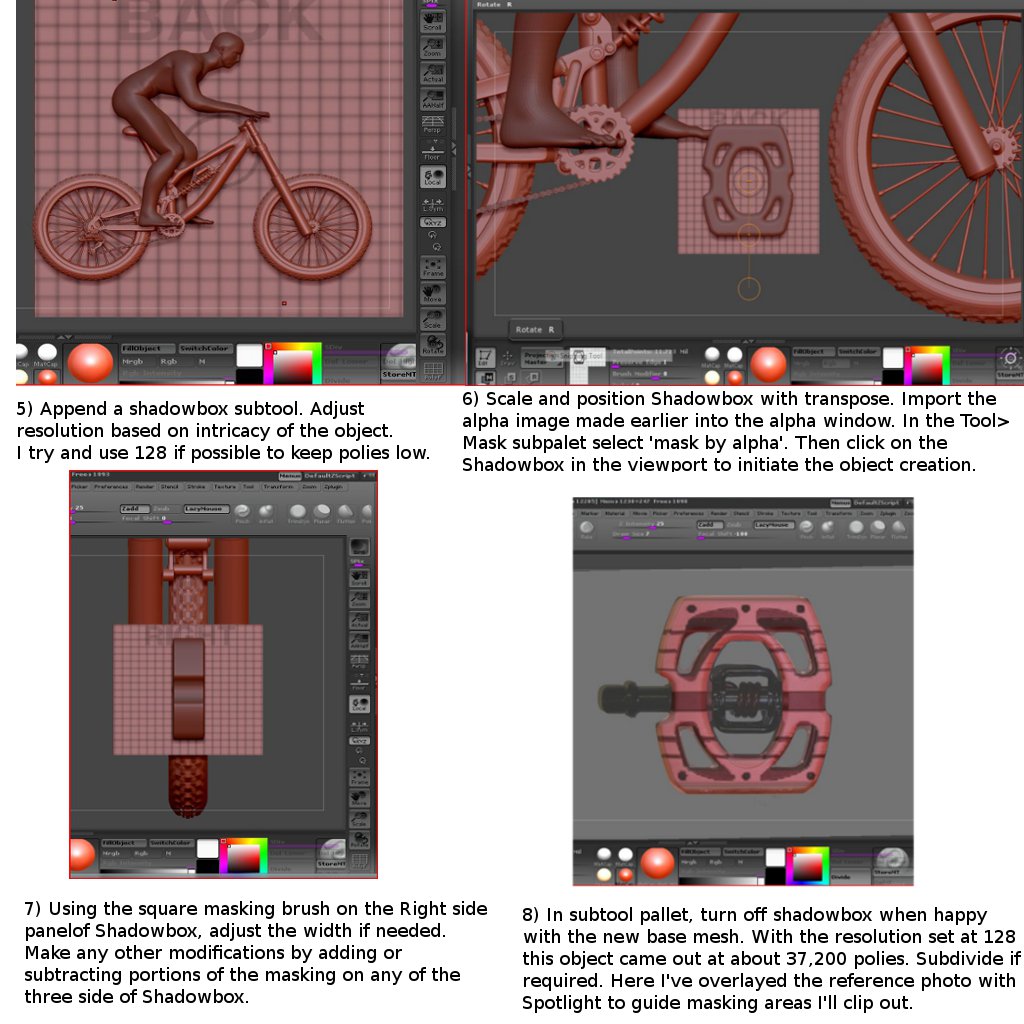 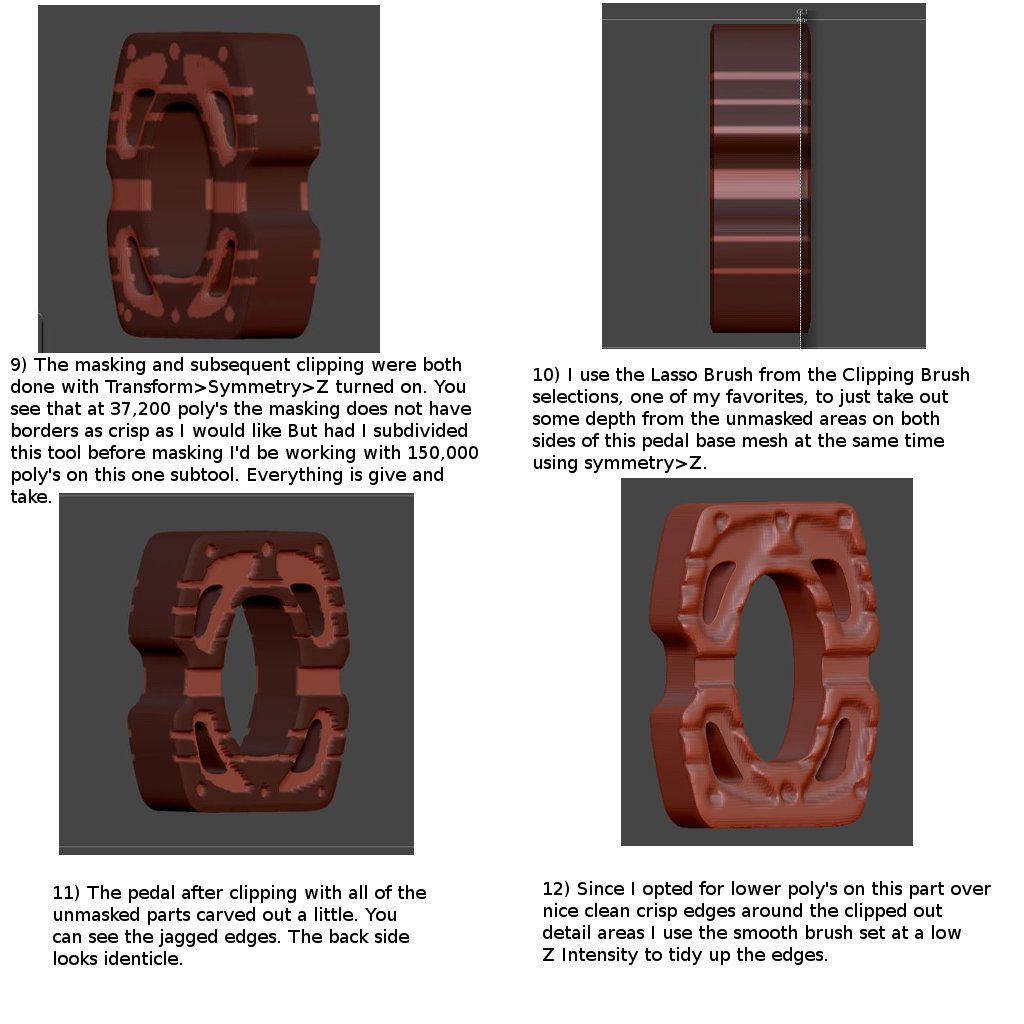 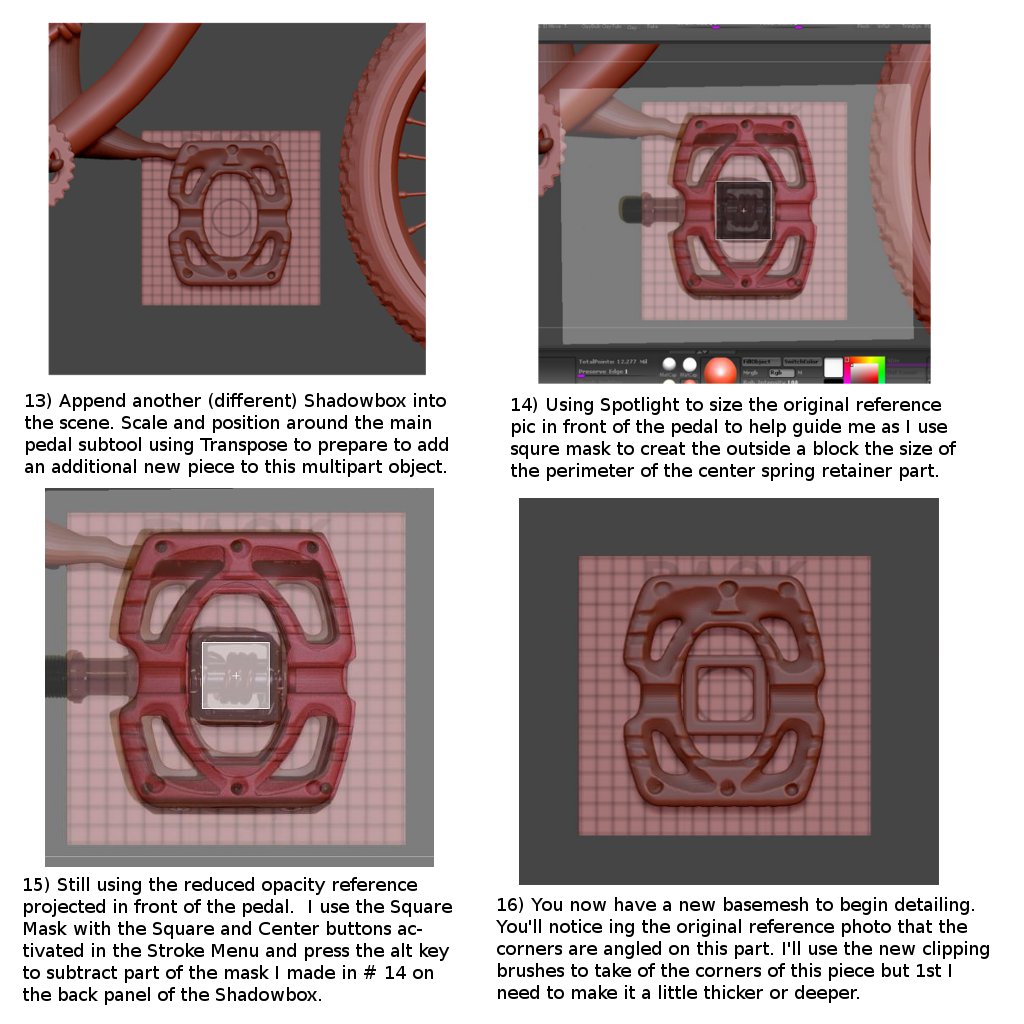 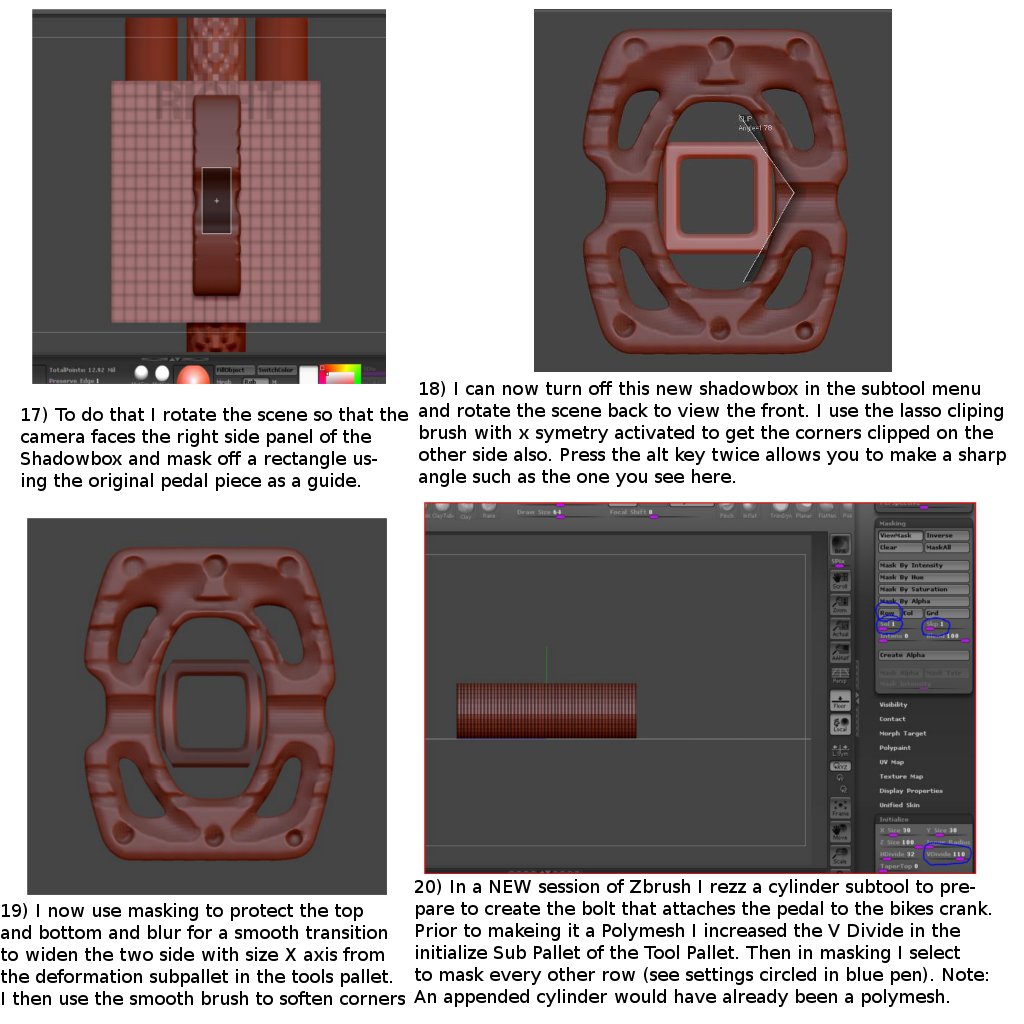 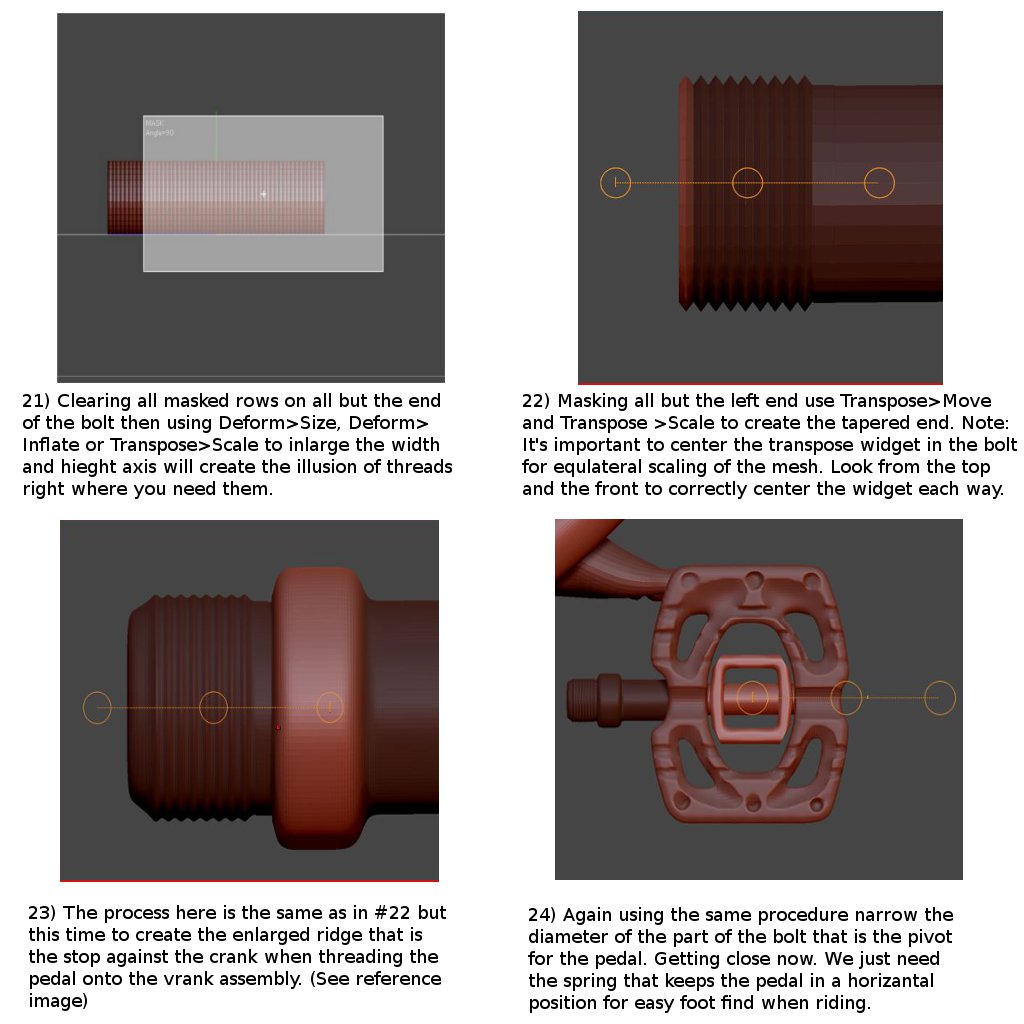 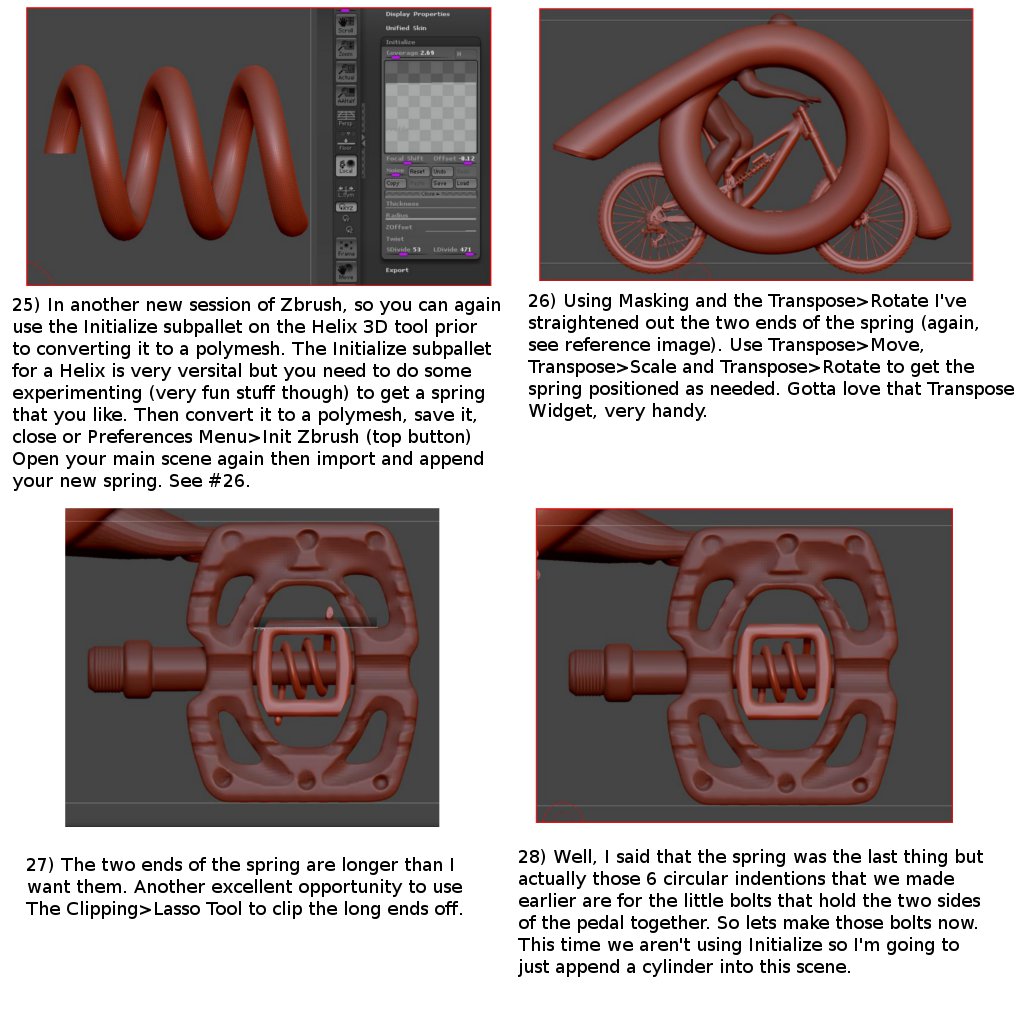 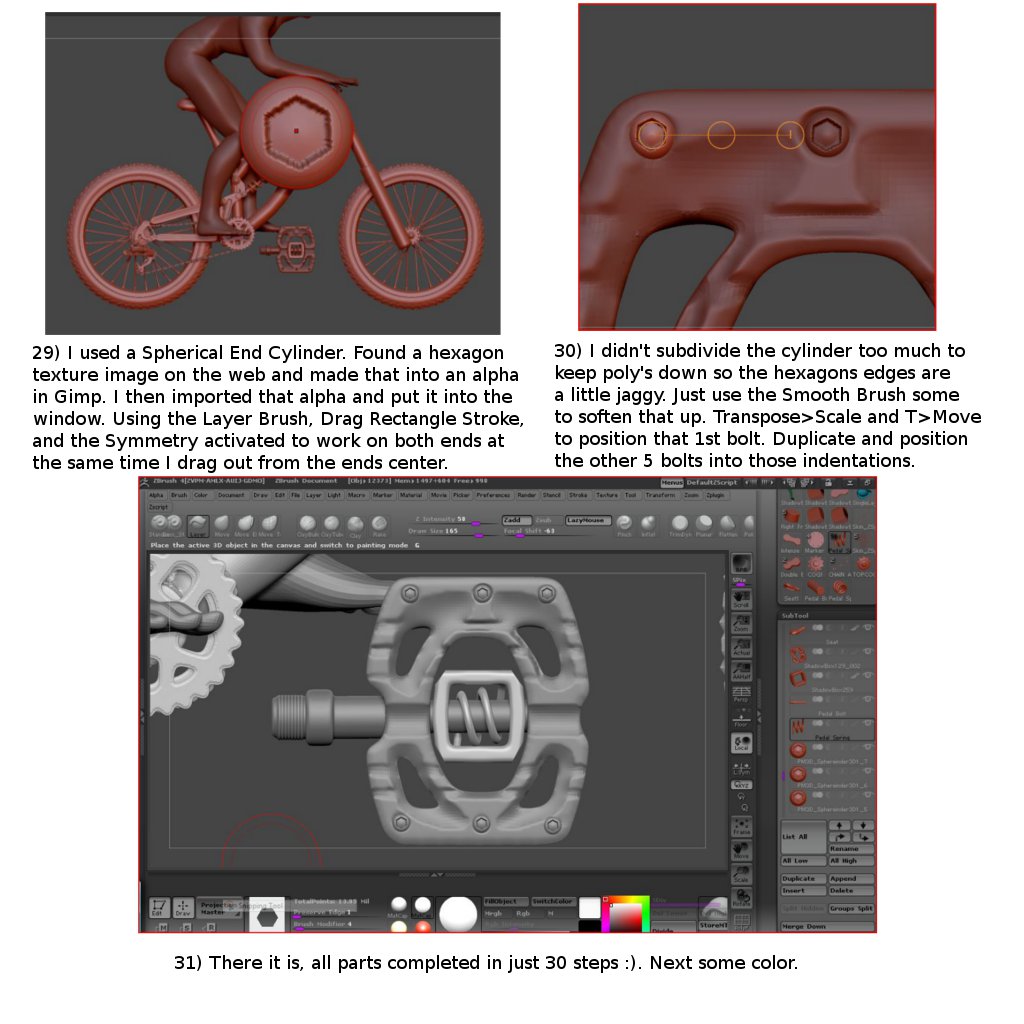 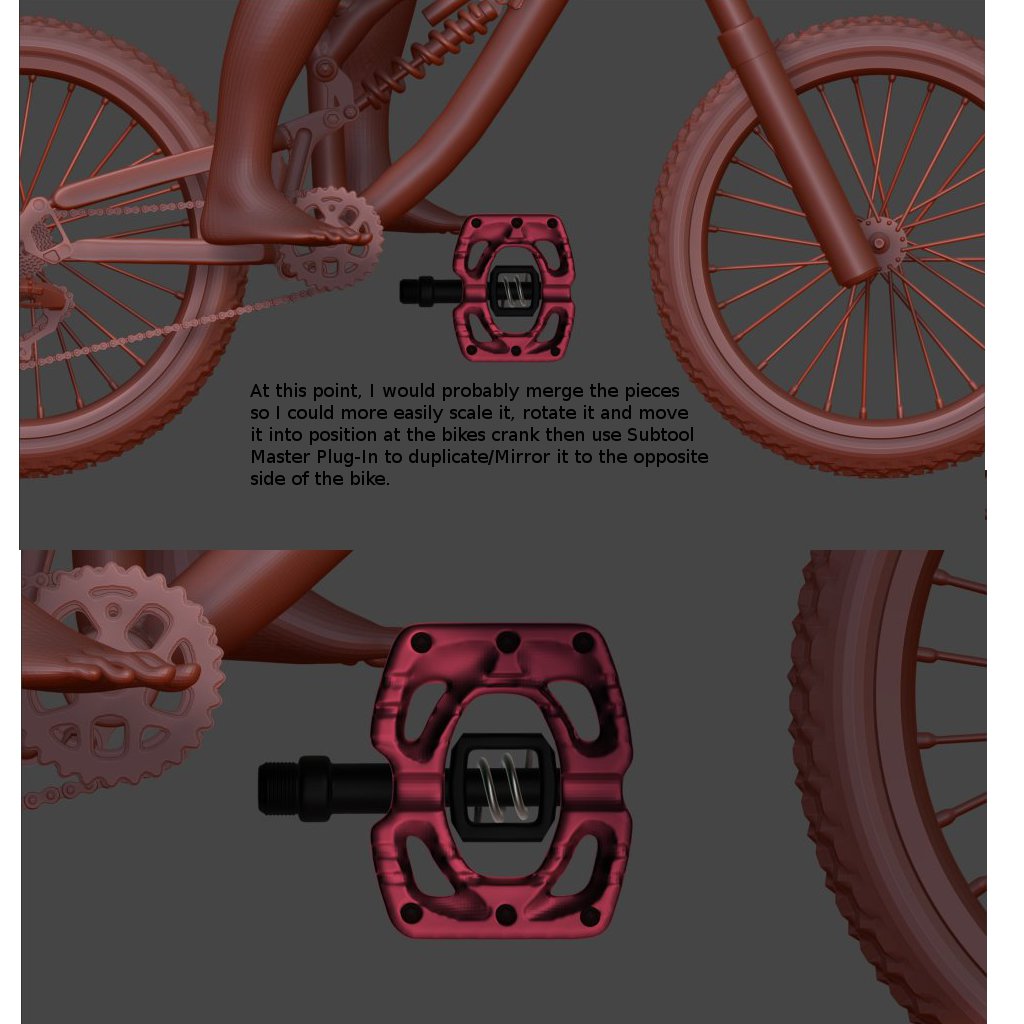 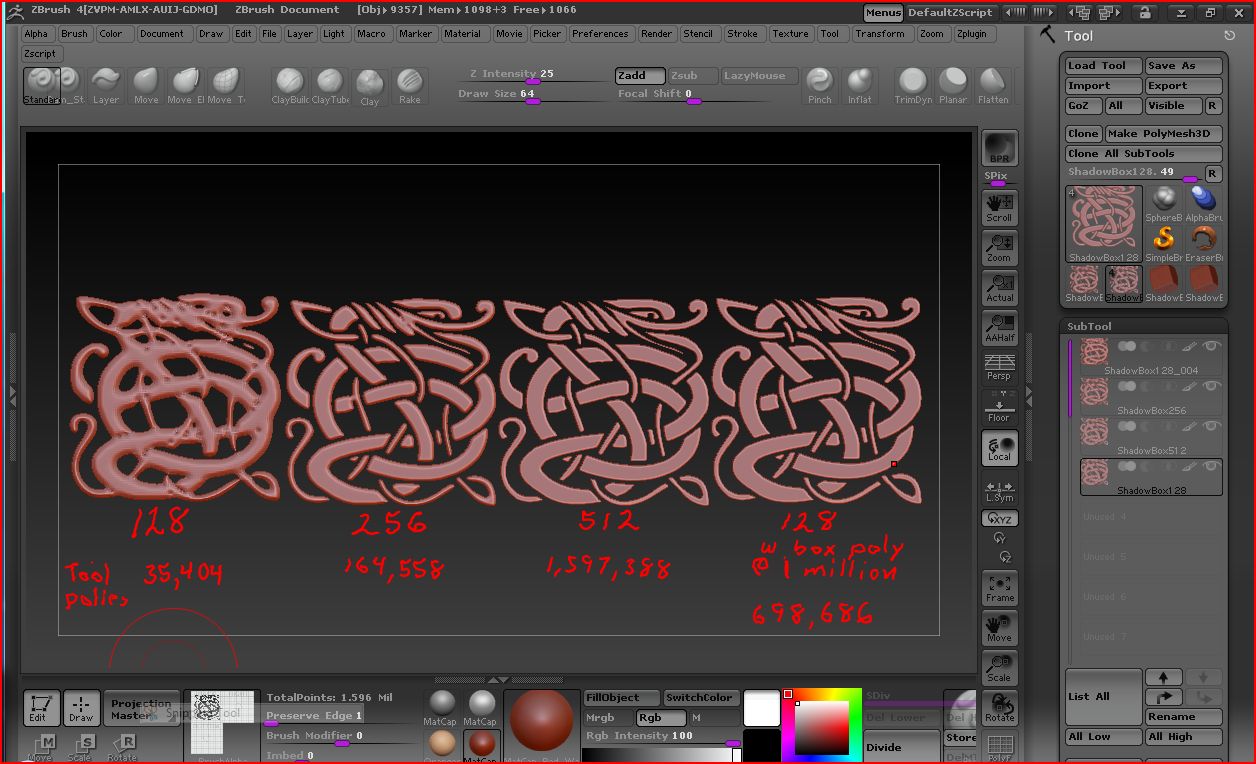 Very,very - VERY COOL!
Didn’t know that some technical parts can be done like this in ZBrush.
Thank you for showing/posting all the steps.

Are you also going to rig this bike and driver?

now that’s what I call a complex modeling. the bike is just awesome. love the way u made the pedal.

Just started playing around today with a sphere and a reference picture of a bike from the end of a demo reel by this really fantastic artist.
http://kenn3dy.com/ That looks nice so far! … I really recommend you to buy this … ZBrush Hard Surface Techniques from Mike Jensen!! There you will get the techniques to detail up your concept and use it as the base for it!

Thanks LetoAtrell. I’ve seen that, I may, very well, get that DVD it looks like an excellent resource. That robot of his is amazing.

thank you Gold’n’b, sorry for the late response, been away working for a while. just getting back to having time to get reaquainted with Zbrush.