Hi Forum, long time lurker, first time poster; I’m looking for some feedback on the images attached. It’s my first effort at a realistic head sculpt that I’m doing as part of my degree and as such, is still a WIP. I’m researching into anatomy and believability.

What I’d like to know most is does this model look anatomically correct? Also, as an aside, please guess the age of the character, and any other aspects about him such as his personality, job, anything you notice. Do you think it’s near/at a level that would be acceptable in a computer game, or is it way off? 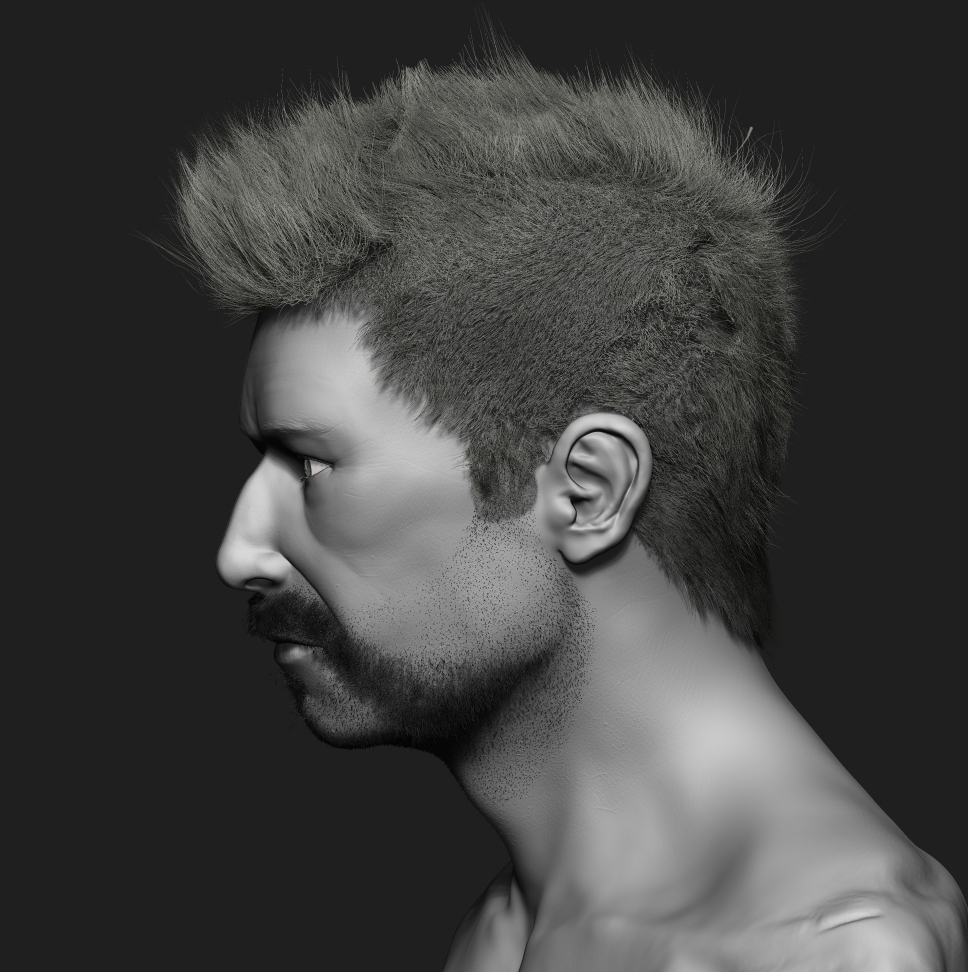 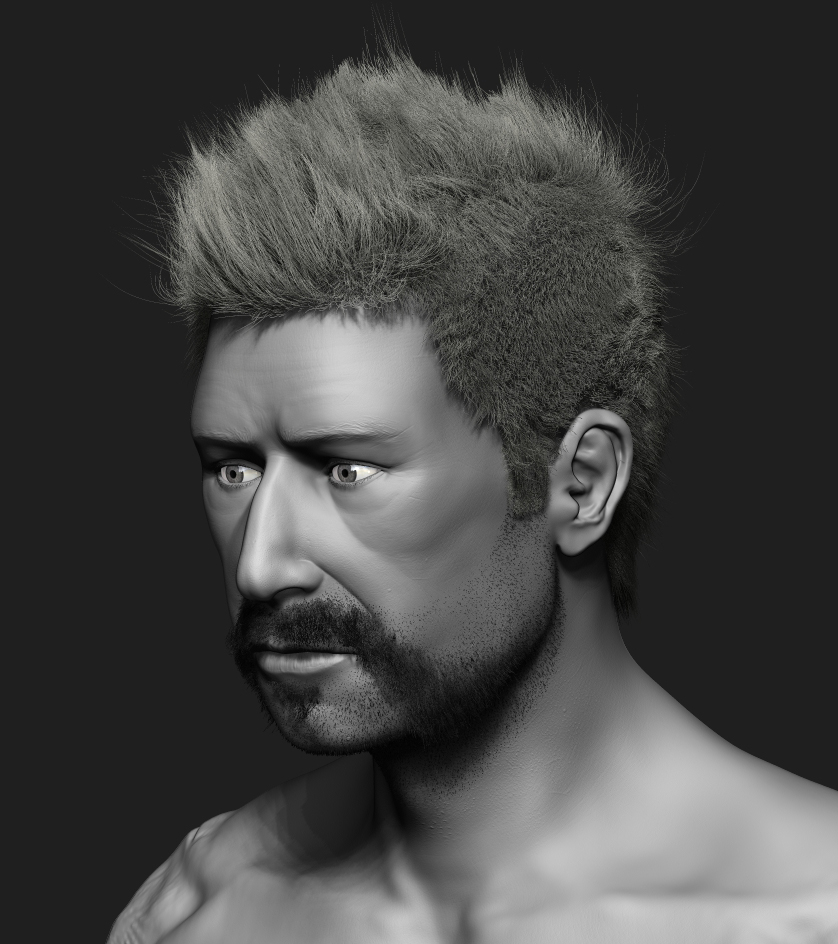 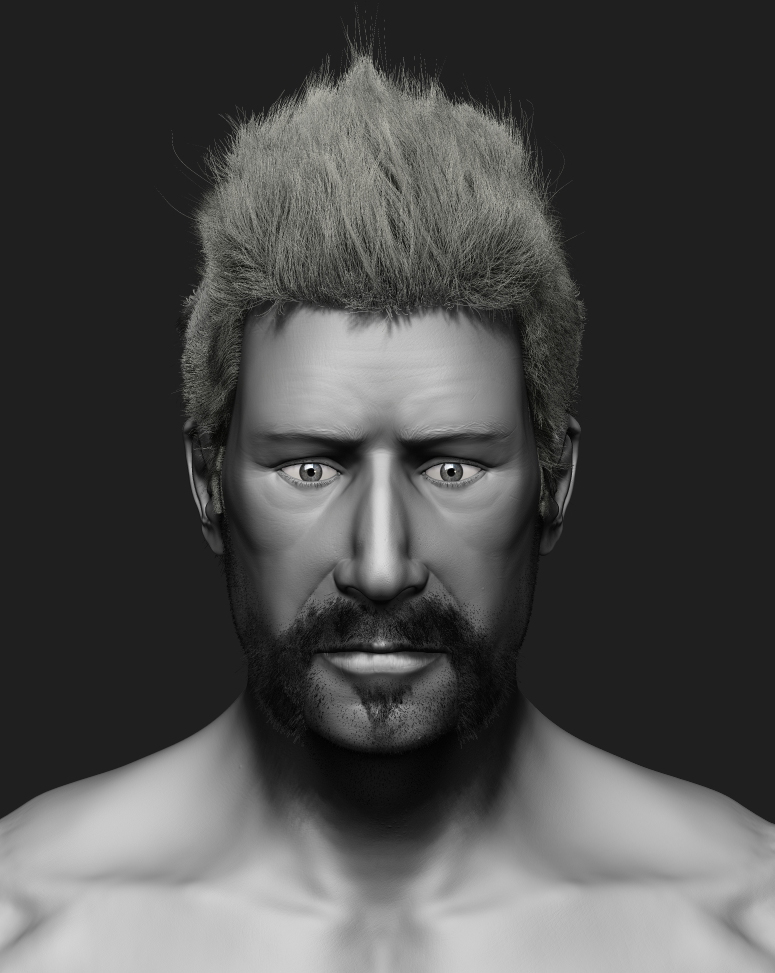 Thanks chief! What age do you reckon the character is?

It seems like his eyes are set inwards towards his nose. Almost as if the outer corners of his eyes are too far forward? It continues up to the brows/forehead. You can really notice it in his 3/4 pose. If I had to guess his age, I’d say late 30’s and if I were going for profession he looks like a late night chef at a diner!

This is Fobozo, my first character sculpt in zBrush, who I decided to use as a test when trying out Marmoset. He’s an ageing supervillian, who lives in an underpass below a busy main road with his only friend, Backchat, a stray cat he found abandoned on the hard shoulder near his home.

Much to his parents chagrin, Fobozo’s attempts at wreaking havoc on the unsuspecting city almost always fail. His ill-fated plans include the hi-jacking of a lightbulb factory to break all the bulbs (by shaking them vigorously or dropping the boxes). In this Fobozo hopes to “plunge the city into a night-time world of perpetual darkness and shadowy terror”, but all that happens is the city-folk revert to candlelight and are impressed with how beautiful everything looks in the warm, flickering glow.

Fobozo retreats to his dingy lair and laments in thespian woe to Backchat, who pays very little attention.

All Fobozo wants is to be installed in his father’s pride, and to reflect the crippling misery he feels back on the world that has treated him so cruelly.

PS Thanks for the crit on the previous post, Creuter; changes have been made to the face but I’m adding the rest of the body as well before he comes back! 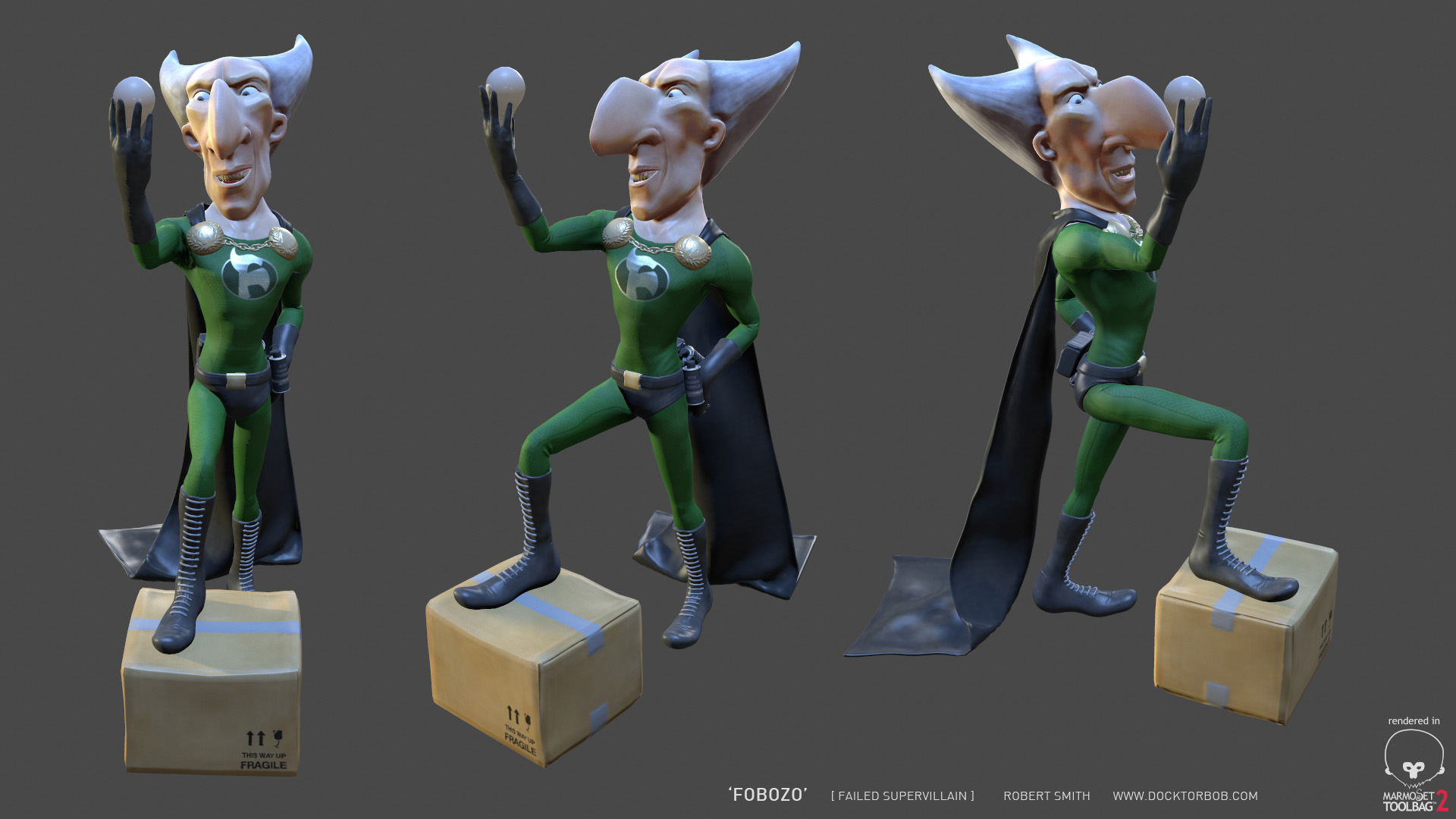 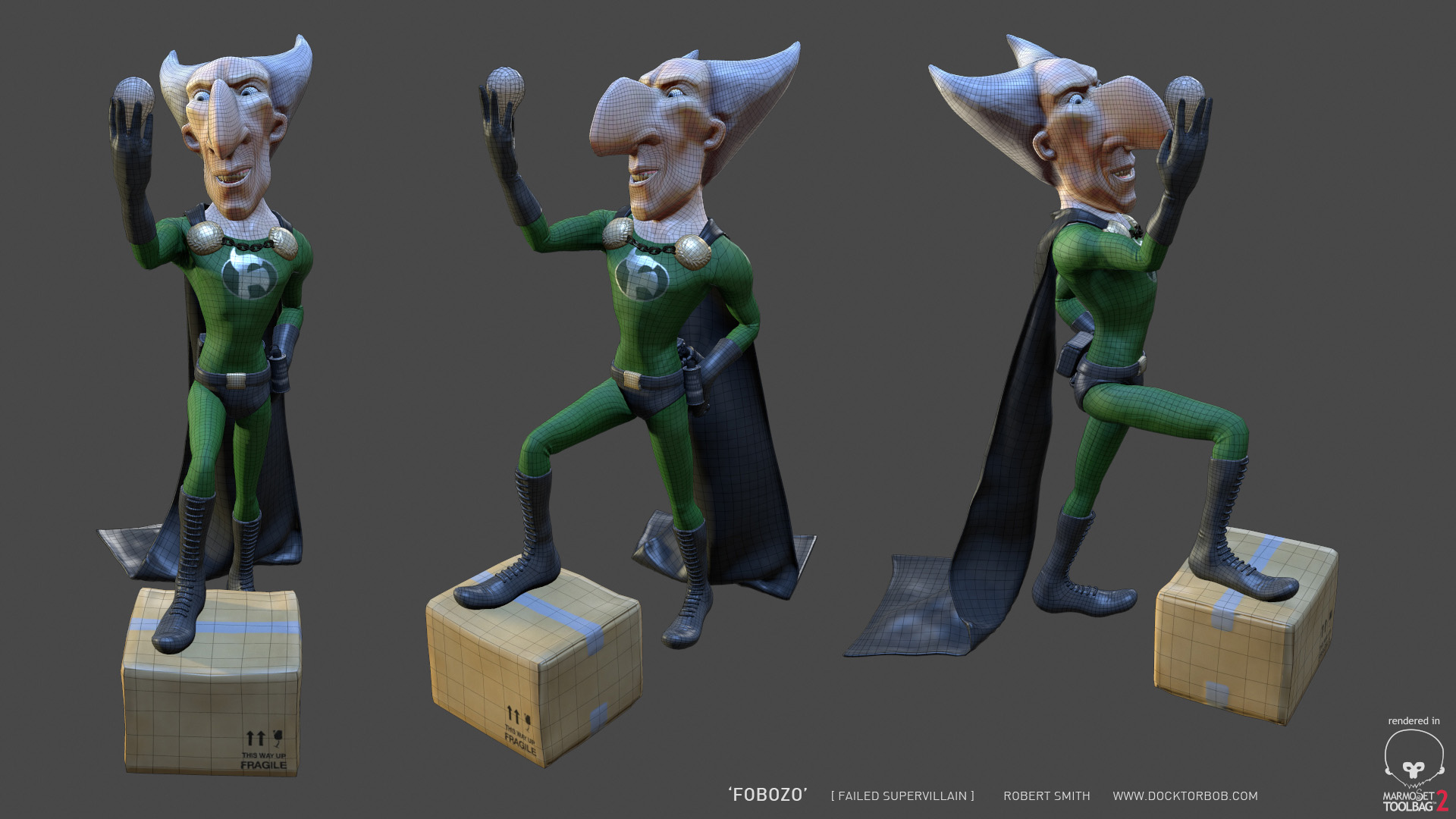 This is my latest character, Calliope Marchand, a betrayed pirate cap’n lass, turned into a deadly mer-creature by Poseidon, god of the sea. Would love to know what you think, if you’d like to see concept sketches / further bio, please head to my website!