Hey guys! I’m not super new here… I put up a post quite awhile ago, but quickly got busy with school work and haven’t had a chance to post much up. I have a little more time now and I’m participating in the Dragonball competition, so I figured I’d post up some of my other finished and in progress personal work, as well as some client work I’ve done.

This one was basically just made to test out a compositing method that I was interested in and pleased with… other than that the model and composition are pretty boring. Character entirely modeled in Zbrush.

Self portrait I did in school, the only thing I did in Zbrush on this one is the armor portion, the rest is painted in photoshop.

Created for another school project… Voltron is modeled, polypainted, and rendered entirely in Zbrush. Everything else was matte painted in photoshop.

These next 4 contain models I did for a short concept pitch named “Biotype” that I wrote while I was in school. The first 2 are supposed to be concept turn-arounds of the characters and then the next two are supposed to illustrate some key frames from the story. All models are made entirely in zbrush with a combination of polypainting and compositing in photoshop. 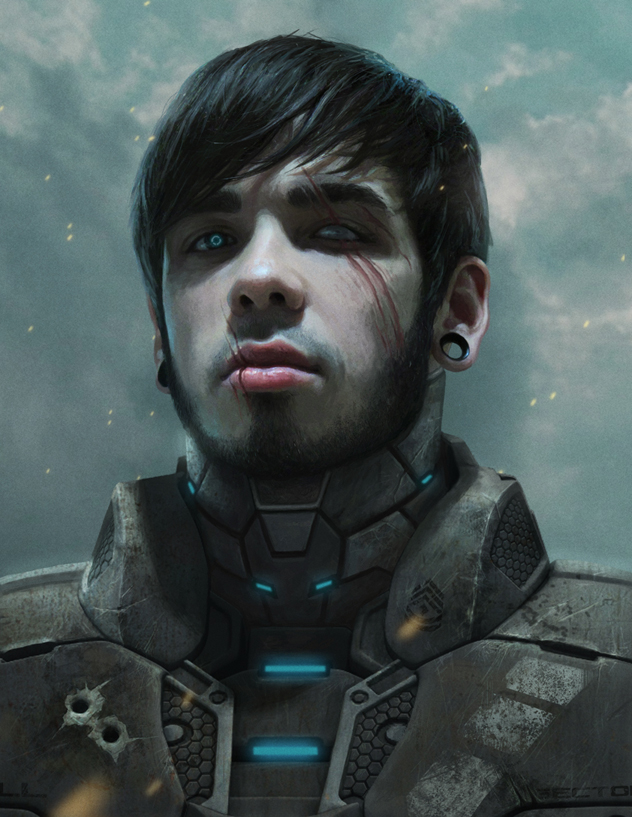 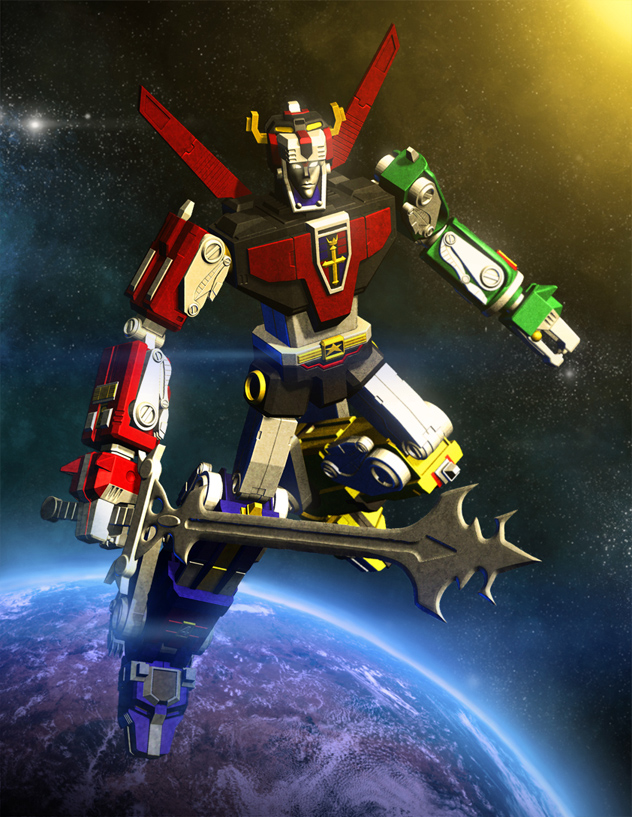 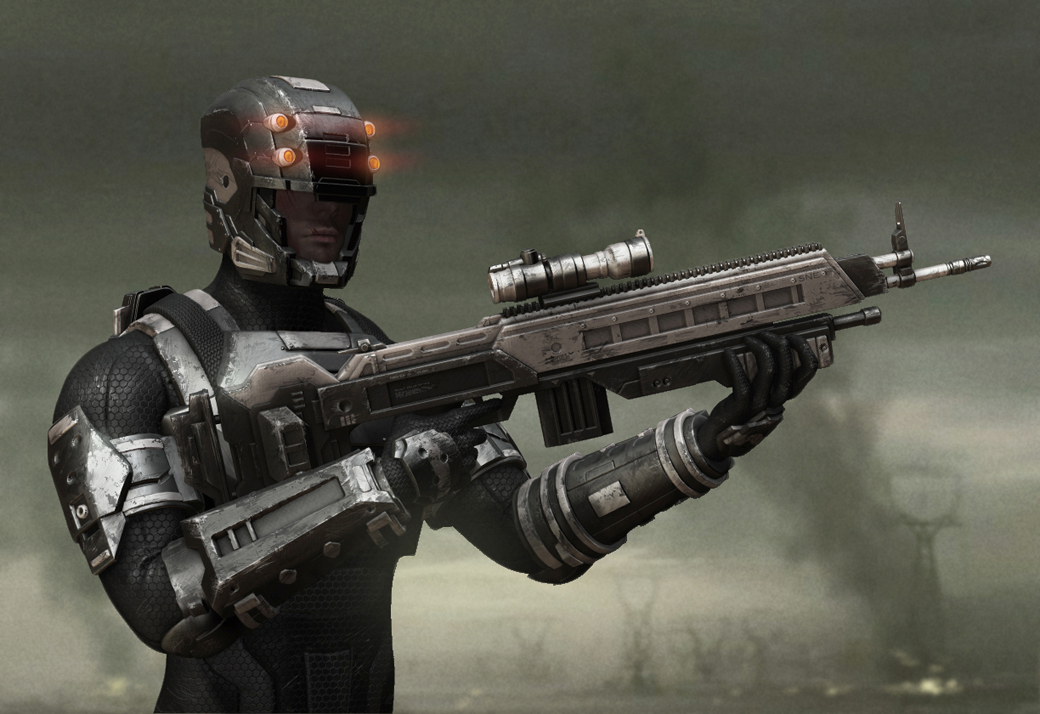 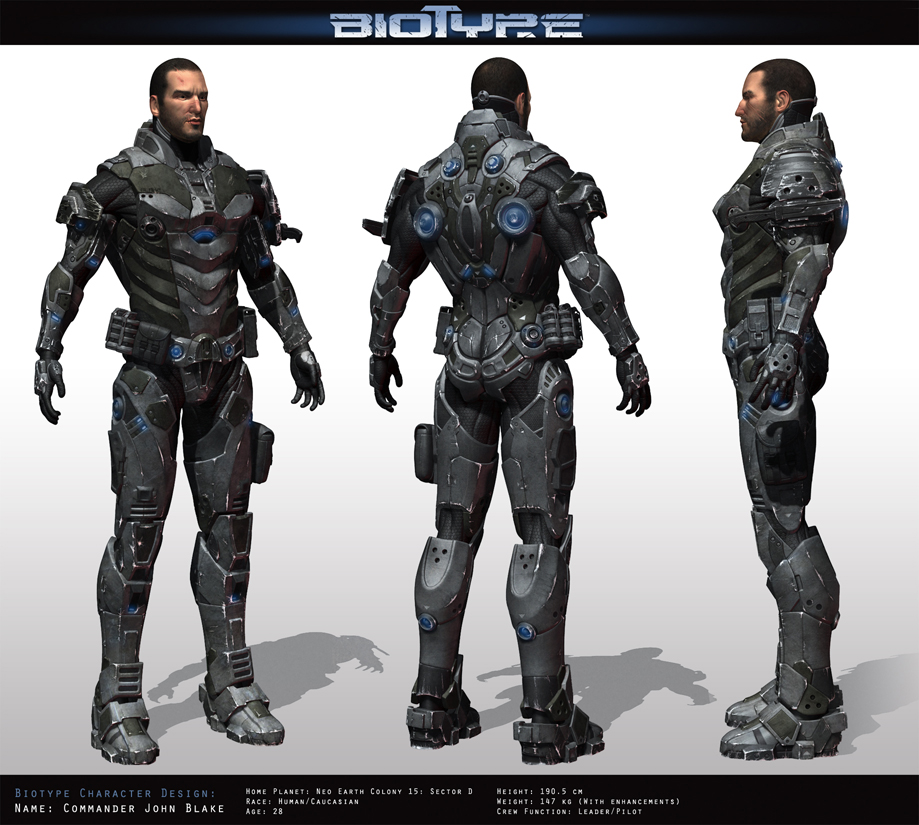 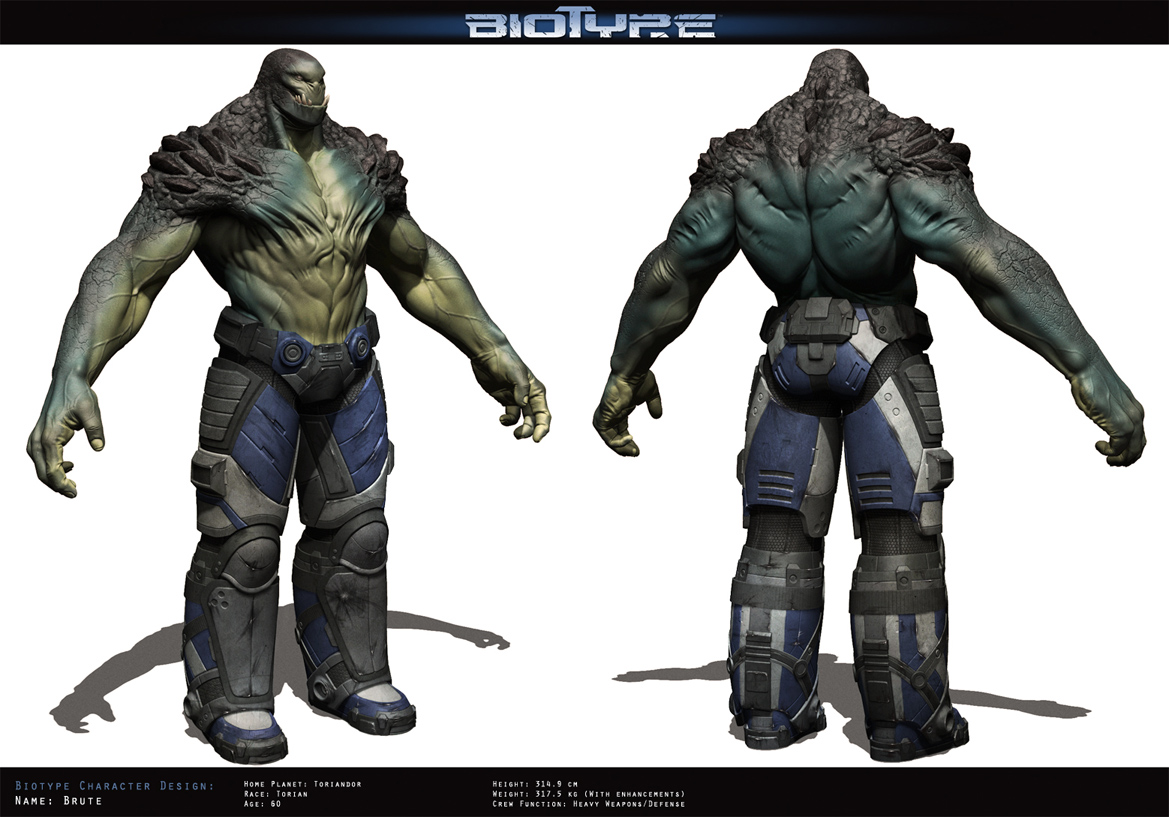 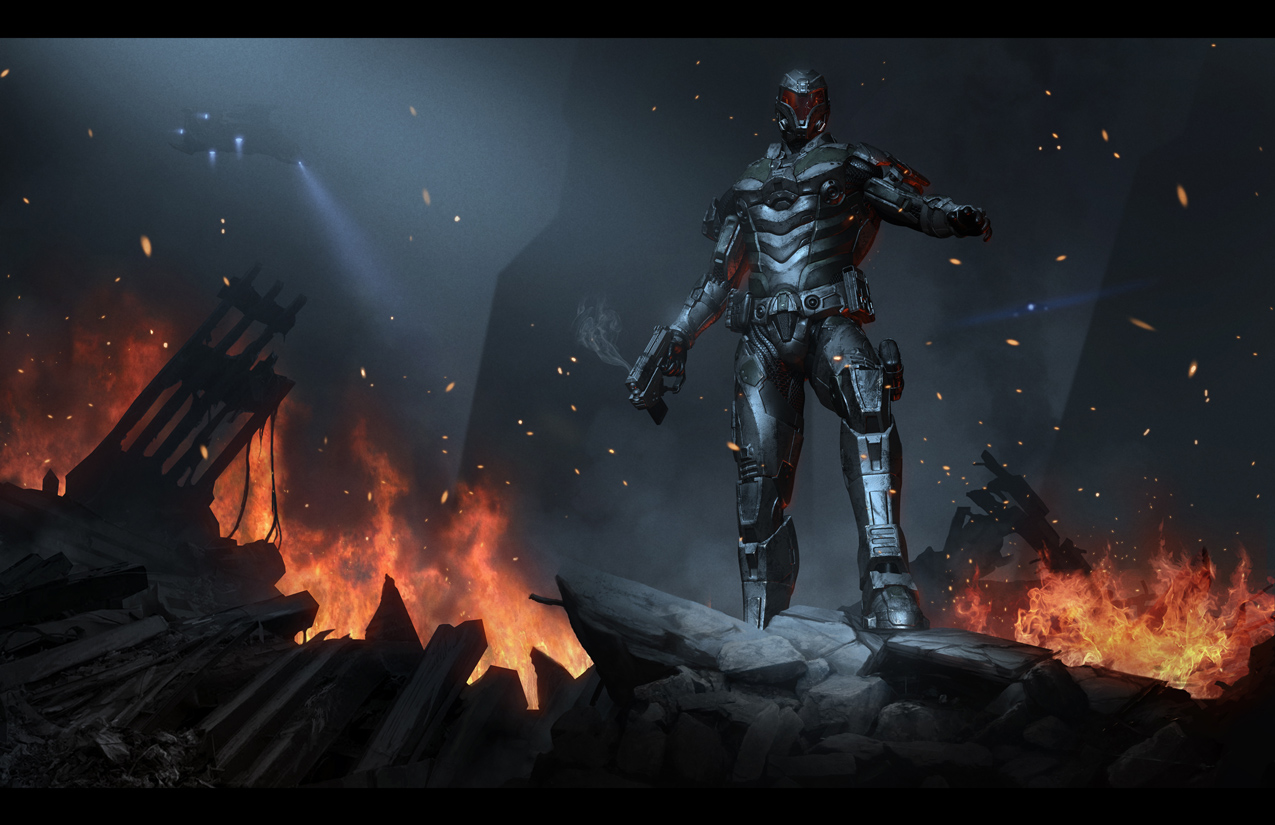 These next 2 models I did at Hasbro for the upcoming Marvel Legends Wolverine Series. To save on mold costs the bodies are provided and I was tasked in creating the unique pieces. In these cases Sabretooth’s head and Phoenix 5 Cyclops’ head and armor piece. The first ones are what we send to Marvel for licensing approval and the second ones are me just playing with Keyshot… haha. Here’s just some random stuff that I’m doing in my freetime… Most of it WIP.

Started with a Head and then figured I’d make it a stylized anatomy study. Here’s a model of Zoro from One Piece I’m working on… I want to pose him and potentially print him out; I have a variant head and torso in the also in the works! …And his 3 iconic swords of course. Like the clean and planar quality to your work!

Like the clean and planar quality to your work!

Hey thanks man! I like a lot of your sculpts too, nice anatomy and concepts.

Hey guys, here’s a new one… I did this pretty quick in freetime because I was need in a little bit of a palette cleanse before I jump back on other in-progress projects.

I’m a big fan of Wind Waker… so here’s Link! I made a few different renders in Keyshot… and then the last one is showing the different pegged parts. I’m in the process of printing him on a Makerbot now… I’ll post pictures when it’s done! If anyone was interested, I figured I’d throw up this quick picture I took after I printed it. Obviously not the highest resolution print since it was on a consumer grade 3d printer(Makerbot Replicator 1) but, I was pretty pleased with how it turned out.

May eventually primer it up and paint it. very very cool especially the action figures ,how do you figure out if the joints work, so when printed they function properly or do they need a little tooling after printed ?

Thanks, there’s no good way of actually telling if a joint is going to work, it’s more of just experience of studying how those joints work and setting up your file to work correctly. What I do for like a ball socket for instance is I put a sphere in place, and then I duplicate it and reduce it in size to account for print offset, and then I basically make sure to carve into the piece rather than ever adding to it, so you know the piece will always fit within the original spherical form. Then when you make the part that the sphere is plugged into you can just use the Boolean operations to subtract that space and clean it up afterward. I hope that helps!

thanks man for the info !

Thanks, I agree the movie does look fun!

Hey everyone, I sculpted the first production figurine for the Ether Drift project, based on my good friend Adam Ferrando’s concept, so check it out! It’s a pretty awesome idea, combining collectible AR cards and physical figures.

Ether Drift. 99 likes. A series of augmented reality Action Models and resin kits. Check them out at etherdrift.net !

Thanks for checking it out!

Amazing work in your action figures!! Could share some break dowsn for jointing systems?

This one started off as a head sculpt with no clear direction other than the desire to create a stylized female. I ended up sculpting the head rather quickly and just figured I’d finish up the rest of the body that day. I am in the process of creating an outfit now and will show some more as I progress on that. Thanks for checking it out! Hey Guys, some of you may have already seen this, I uploaded it once before when it was announced at Toy Fair 2014, but I had to take it down for licensing reasons. Now that the movie is in theaters and the figure is out on the market I think it’s finally safe to upload it again. I just recently saw the movie myself, it was awesome and really cool to see the character I sculpted so long ago off of some concept art finally in motion on the big screen. Anyways, I hope you enjoyed the movie a lot and dig this figure, thanks for checking it out! COngrats man! really good …and the character ended up being a really good interpretration for a toy. love it.