OK so it totally isn’t cannon. Supposedly Fury’s horse is named Torment, no confirmation on that. He’s only shown briefly in the comic, but none of the other horses match Despair or Ruin so i don’t think that’s a set design to go off of. I just kinda went my own way. I’m still working on him so here he is! He’s probably gonna lean more towards realism than you expect considering the sculpture of despair. I wish they had a picture of ruin’s sculpt. He’s beefy but they tried to be super realistic with him in terms of where the big muscles were. I’m sorta going that route. My next step is to do the back legs (haven’t touched them yet), do the hair, the hooves, then hit the armor 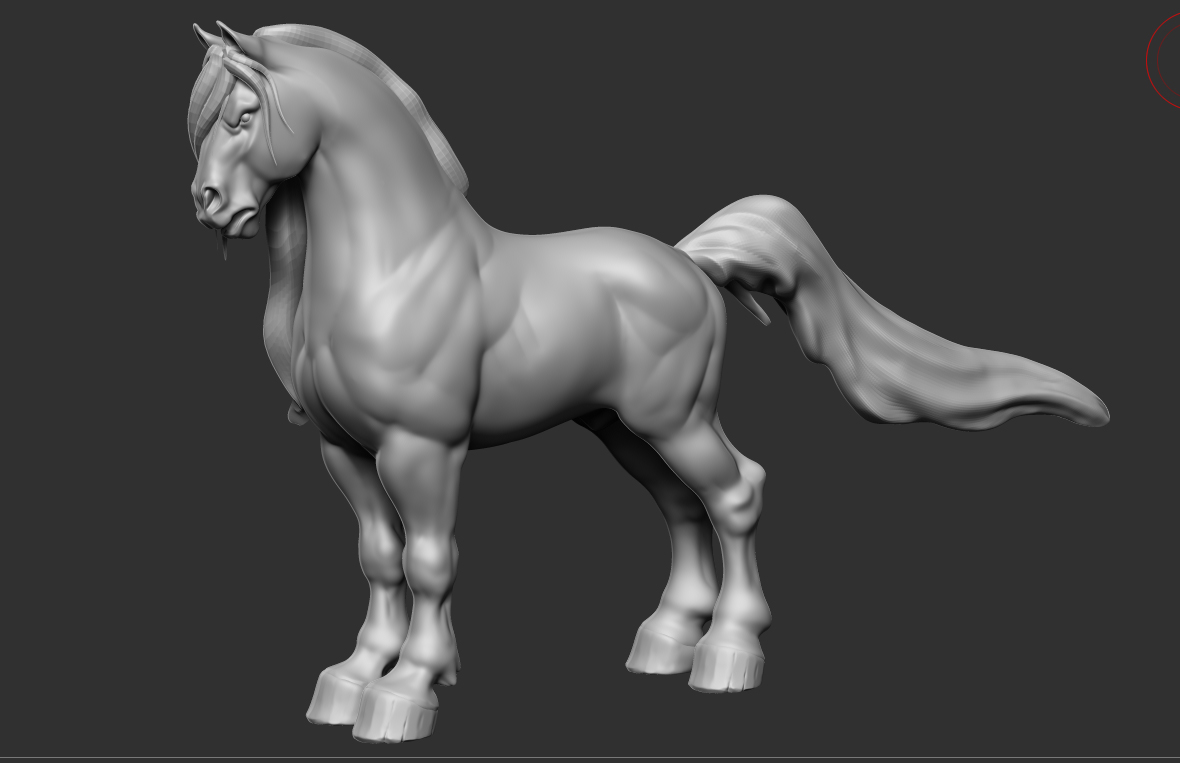 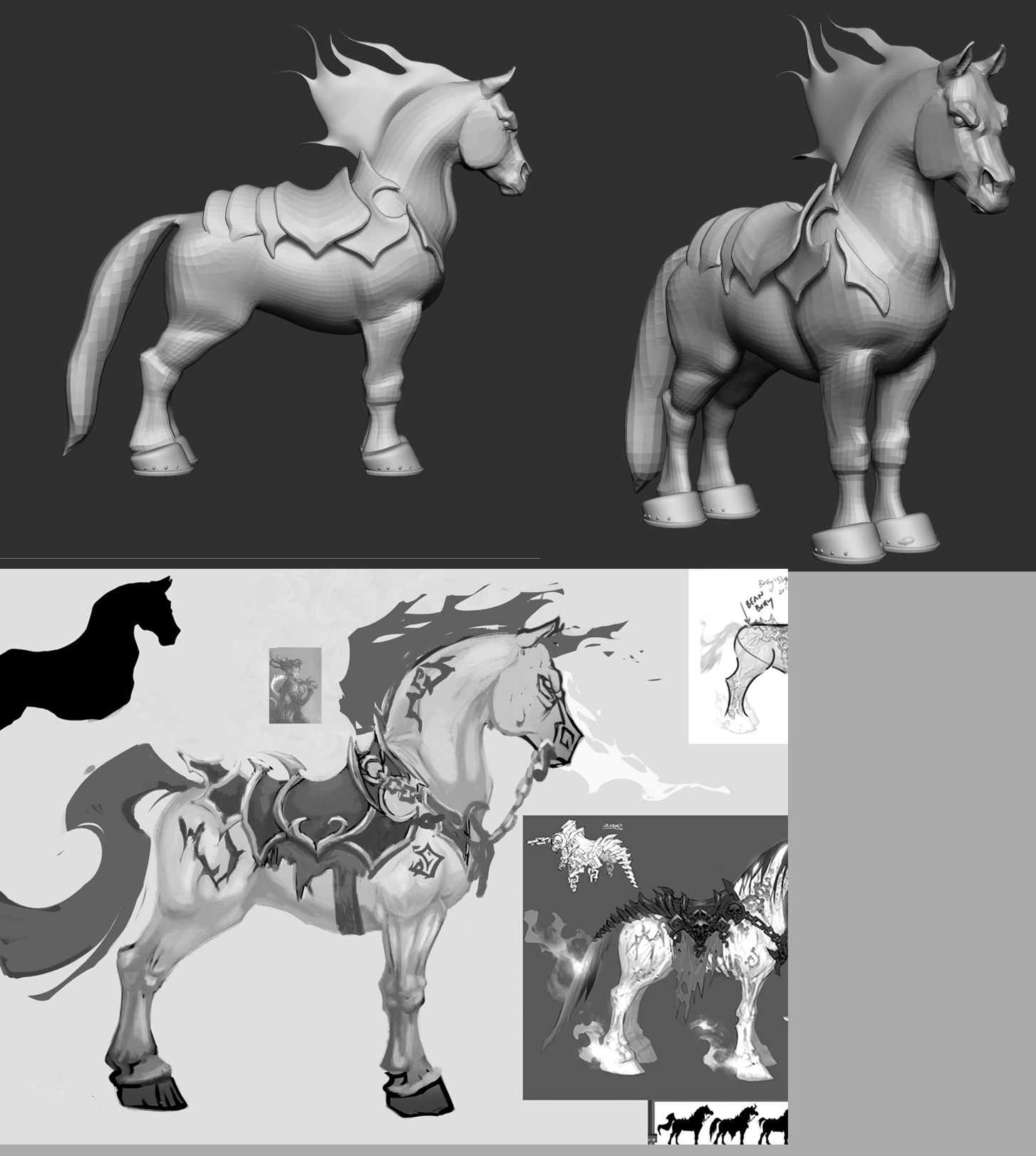 Got feedback he was looking too realistic so i’m playing around with getting the forms more stylized again.

Of the franchise? Yeah it’s pretty neat! I wasn’t allowed to have consoles growing up so i never had a chance to play it. I think i would’ve lost my mind though if i had it when i was younger. The horses all look so evil! Tucked his legs in more, changed his hooves back and i’m blocking out the mane and tail now I changed his design