Just to tease you all, here is a look at one of the inhabitants of the Red Sands… all done in PaintStop…

-World of the Red Sands- “She followed a vein of desert lice through the great stones, eating her fill. The storm forcing her food deeper into the deserts anvil, a dangerous place to be sure. As the veins thin, she must stray from her familiar grounds. To survive these changing times, its a chance worth taking.”

NIce job Cam! I hav to try this Paint Stop too! Love the colors!

Wow Cam! awesome critter design. Would love too see that scene made up with vfx.

My favourite PaintStop image Cam! Hope you’ll find the time to post some wip shots of this! 5* imho!

really cool…I haven’t had time to use paintstop yet and I’m reallly eager to try it.

bryzol, thanks.
SolidSnakexxx, yes it is.
brettSinclair, thanks im glad you like it, i will be posting the buildup images as well.
Captain Sensible, you bet, theres alot still to come.
Etcher, thanks so much, you bet should have it up soon, just have to clean up some text.
Sazdum, thanks, get after it. PaintStop is great fun.

All but one of the redsands paintings will be done in PaintStop, i love this plugin. It was great fun to be a part of the beta team, PaintStop has Crazy potential.

Tab#1, This first layer was all hb pencil. Just playing around looking for the right shapes to match what I had in mind. keeping things fast and loose, just enough to get the idea to stick to the page. copy and paste a new tab.

Tab#2, Once I had it down, it was layer to stencil, erase the base image, and rescale the best parts of the character while using the willow tool in the charcol pattete to transfer it to the page. I like the stencil as I have a tendancy to draw off the page no matter how big the canvas is. copy and paste a new tab.

Tab#3, I swapped the base layer with the sketch to the top layer, and created a stencil toggling it off. Then filled the base layer with a conrete texture to clone it upto the top layer. You can control how much of the base layer is captured by the using the Brush Adjust slider. Set the Brush Adjust slider to more than 50 to copy from other layers. So if you are on the Top layer this will copy from the Base layer, thanks to Marcus for that tip. I did this to get some texture on the page before i started adding color. I cleared the base layer, swapped it for the top, and on the top layer started putting in some color with the scappy marker. I toggled the stencil on and off to paint through, inversing it as needed to act as a quick mask. Copy and past a new tab.

Tab#4, With a good blend of color and base markings etc, no shadows at this point, I imported a stencil of an egressive concrette image. (it had been adjusted to high contrast and no color.) Using the image to mask as I used the dodge and burn brush, inverting as needed to get some fun textures built up. with all that done, I continued with more marker passes, keeping what I liked and obliterating the rest. Copy and paste a new tab. Hey Threetails, wonderful illustration, this should move onto the top row.
The finished image is great but there are some intermediate stages where it’s got some extra energy I find.
Anyway, lovely creature.

Tab#5, Had to change the head. Just wasn’t working. More marker work and a little clean up.

Tab#6, Much more marker work using the scrappy marker brush to build up more form. Then following with the round brush to add in even values of shadow and highlights. Sheen was built up with the scrappy brush set to a larger size and a low color depth, it also helped to build up skin texture when you work it into the convexity of the form. The air brush set to scatter was used on this tab to put in some texture and pour like shapes on the feet, and into the shadow areas.Large wrinkles were done all with the marker bushes and the patterns were inhances with the scrappy marker making sure that the high points got a more intense value and pop while the shadow areas recieved a coat of shadow color picked from the canvas and applied using the round marker brush. Smaller wrinkles on the feet were made using a small scrappy marker brush first building in the major forms with a base color and a shadow color, then highlighting them. Some perspective changes were made to the background arm with the smudge brush, by sellecting the canvas color and pushing it back into the claw, and forarm, i was able to change the shape quickly and continue painting.

Tab#7, I flipped the image horizontally and did some shadow and highlight correction. Detailing the inner elbows and knees, adding in a bright orange side light and adding a cooler tone over the shadow areas, all with the round marker brush. I couldn’t help putting in a quill like mane. Im begining to like her facing this direction now.

Tab#8, I copied and pasted the previous tab to begin then next steps. With it zoomed in a little more I began adding details and color to its horn and the rattle quills on the hump of its neck. Zooming in each time to get some smaller elements pulled out of the existing forms. Flipping it to check the shapes and shadows often.

On the same tabs base layer, I started to lay down some color for the background. I started with a blank white canvas on the bottom layer, and scrubbed in some base colors with the scrappy marker using different sizes.

Tab#9, The red stones and other colors were added with the round marker brush and do a great job of preserving that scrubbed texture which was added first. Im working on the bottom layer for this, while the top is visible. After getting the bottom layer based out with color and some form, side ligting etc I used a stencil created from an image of a sand dune with high contrast and no color. I painted thru it to get the highlights of the sands edges, thats all that was needed to continue painting.

Tab#10, For the clouds I used the water droplet bush in the watercolor tab, and blended the colors into a nice mix of shapes. After blending, I used the scappy marker to put some tighter form back into them with highlights and some deep blue/black depth…

Tab#11, It’s time to commit it all to one base layer for final intigration, touchups and details. I copied tab 10, to tab 11. I select the top layer and bring the transparency to 50 so I can see the white of the canvas its painted on. I erase the white using the basic eraser at full color depth. This lets me put the top layer at 0 percent transparency preserving the best color intensity. I selected the bottom layer which is set to 100 percent transparency and in the edit tab select merg layers. With all the work now vibrant and on one layer I start picking color from the canvas and painting. Melding the figure and the background together. Im using the burn brush, saturate, and the markers to add more depth, shape and new shadows that work with the background lighting scheme.

Tab#12a, More polishing and placing of shadows, smoothing out some textures with the blur and smudge brushes while adjusting the position of her shadow. I also changed the intensity of the largest stone, pushing it back in the scene. it felt a little close given the placment of its shadow.
Then I asked my self, what is she doing in this place?..she’s eating of course, with that glassy blue tounge coming out of her forhead. Cheers. Thanks Max. -One of the things that I like, is that all those intermediate stages are saved as tabs so I can go back and use any of them. You’ve got to love the near infinate tweeking of digital. I might be 2d printing some of the tabs for my office at home. Thanks for the top row nod, that would be cool.

thanks for putting up the breakdown Cam! I think it’s an awesome use of so many different brushes! I second Max on the Top Row thing, Although I’m quite sure that the final polypainted sculpt will go pretty high

Hey Cam, thanks for sharing your workflow on this. Definitely one of the best and most polished things done in paintstop so far. I agree this deserves some more of the limelight, but I’m sure this thread is gonna drop plenty of jaws as it progresses anyway

Etcher, Captain Sensible. Thanks for the support, there are plenty of designs on the go and sculpts of them all coming, alot have already been started. More soon.

Here is a look at one of the new creatures in progress. loads still to go, but i hope that you like what you see.

PaintStop work to get the anatomy started.

Skinned and ready for sculpt. 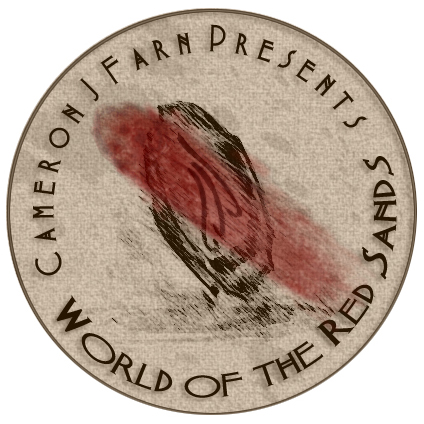 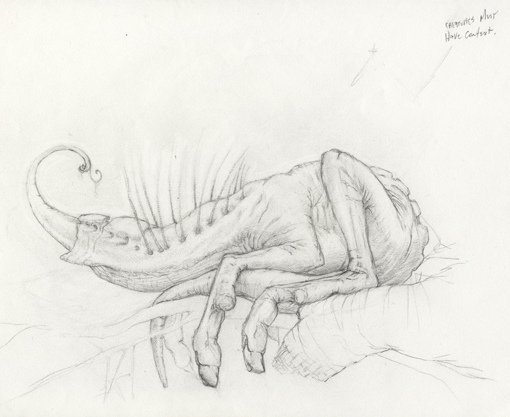 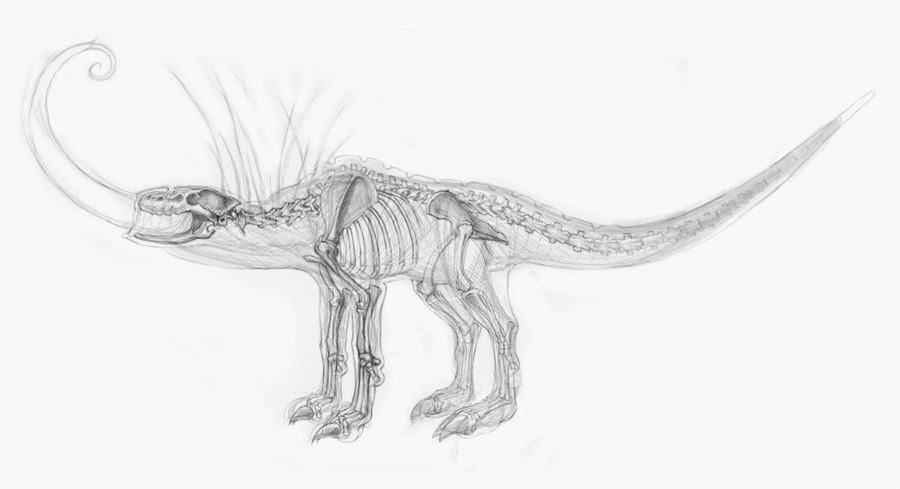 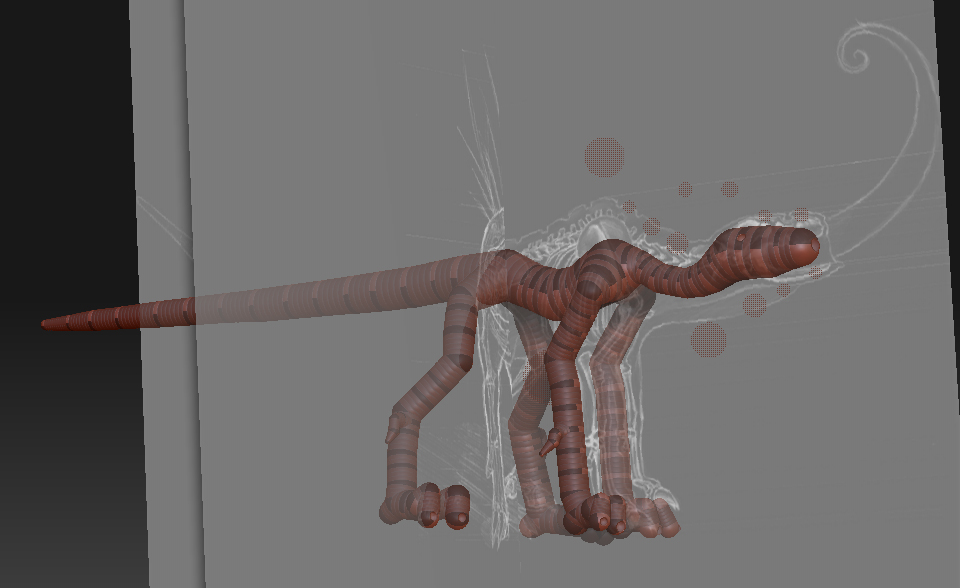 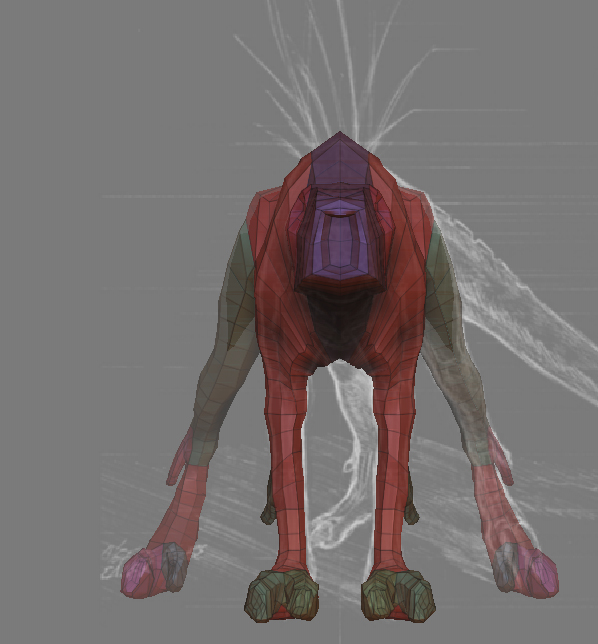 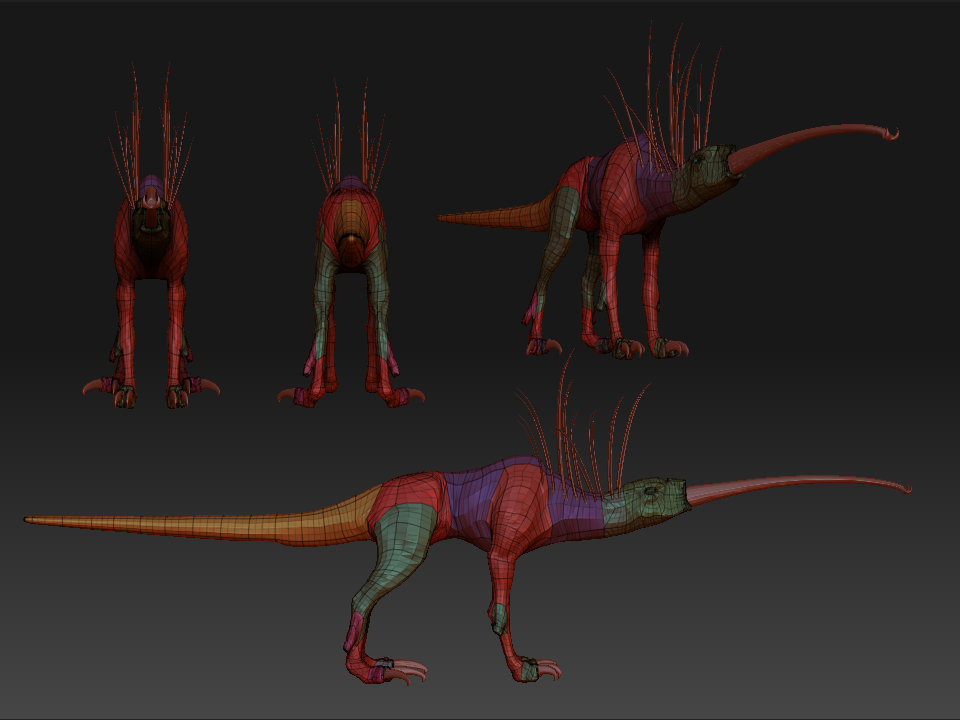 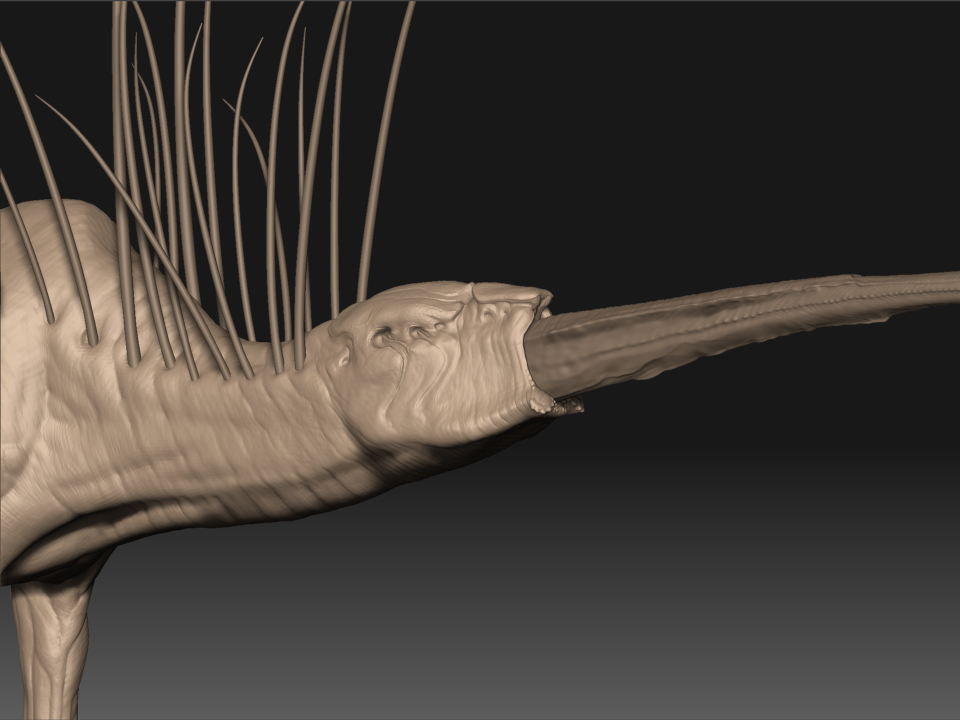 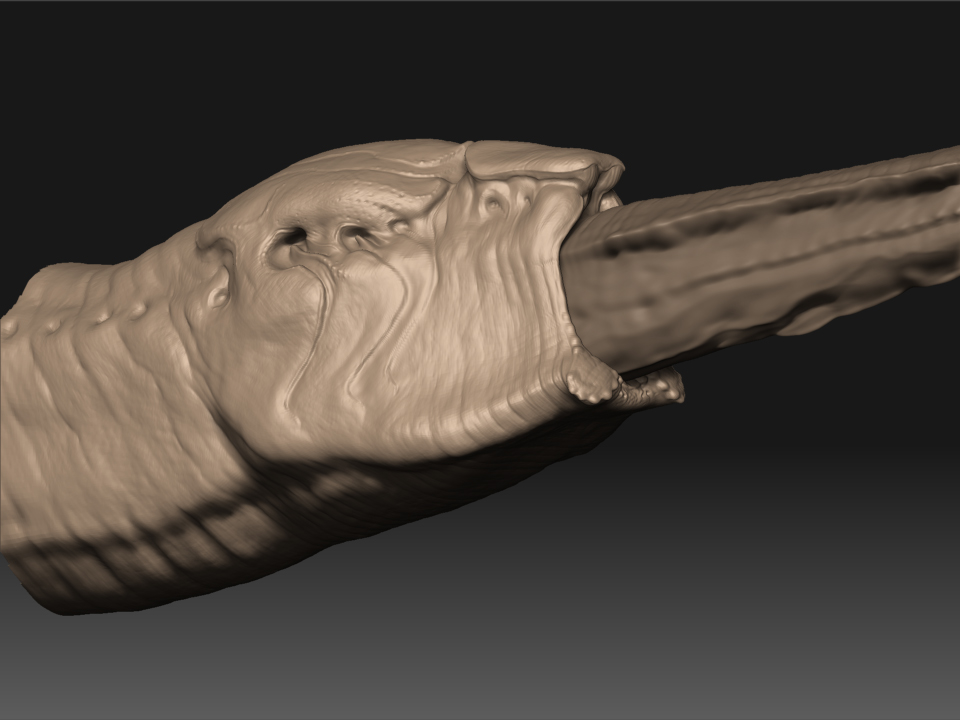 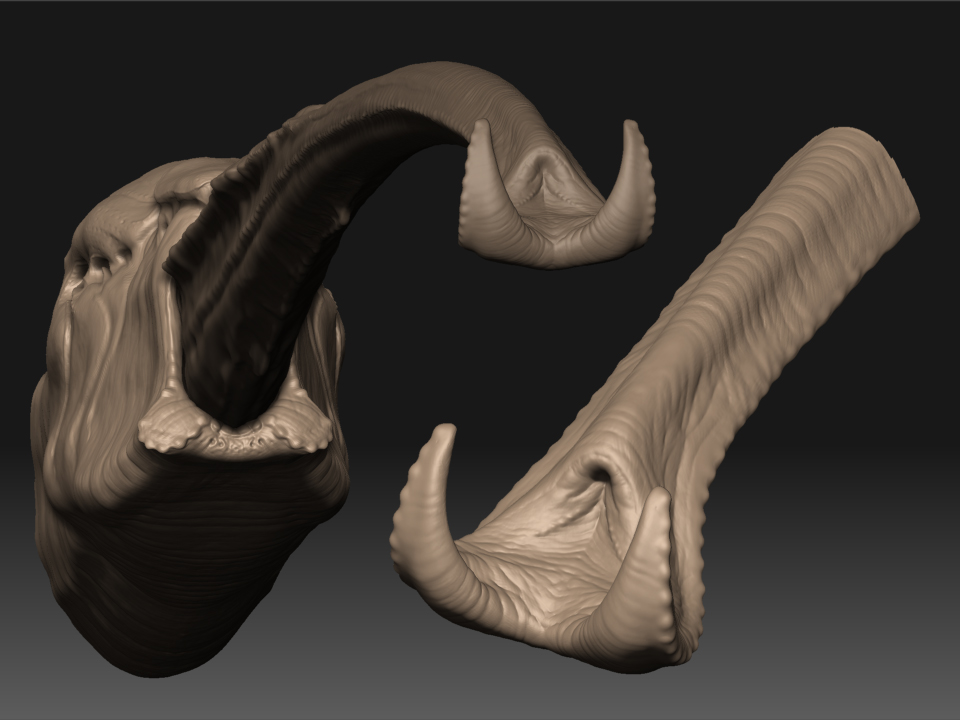 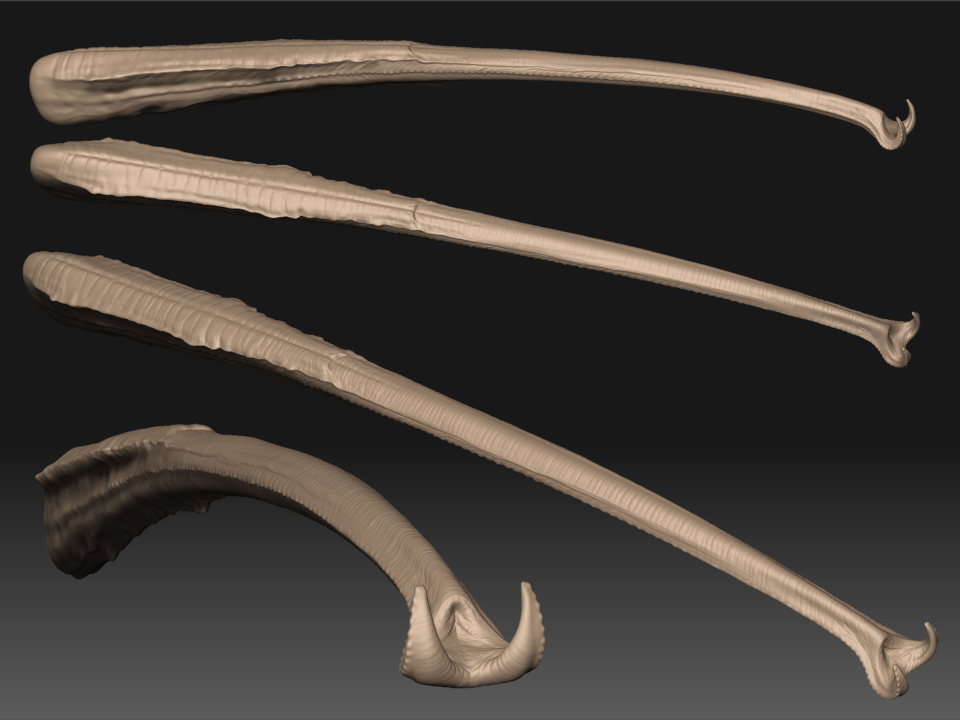 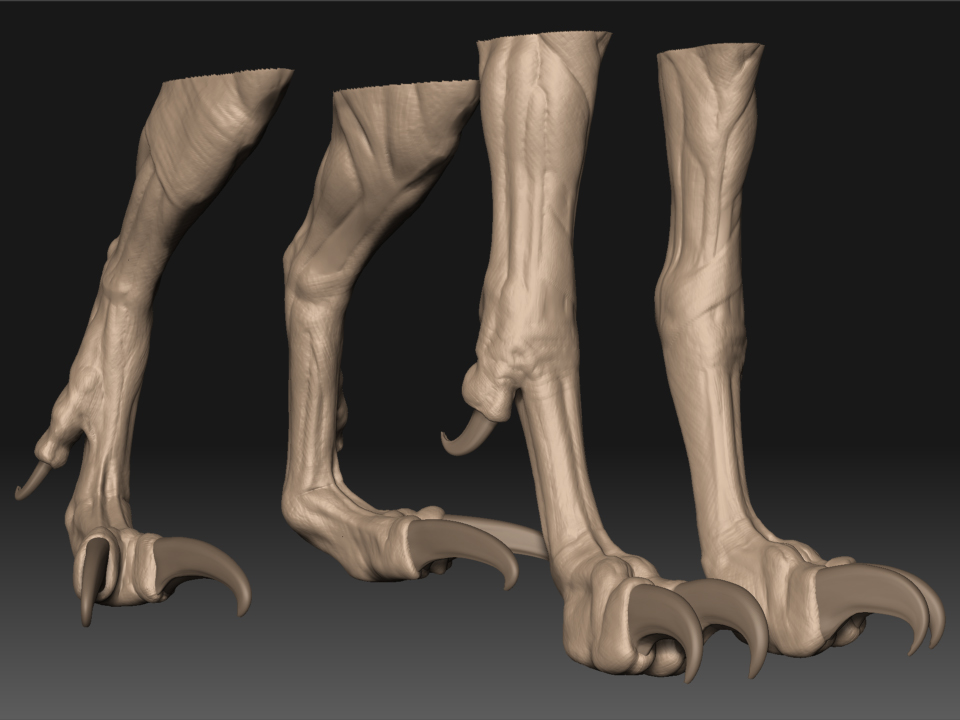 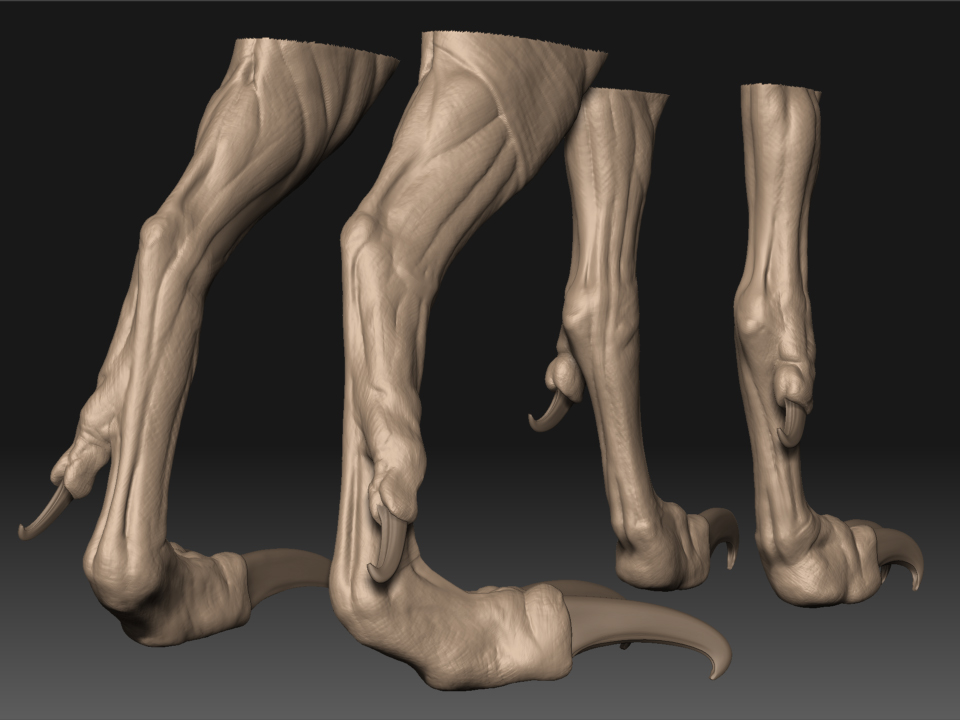 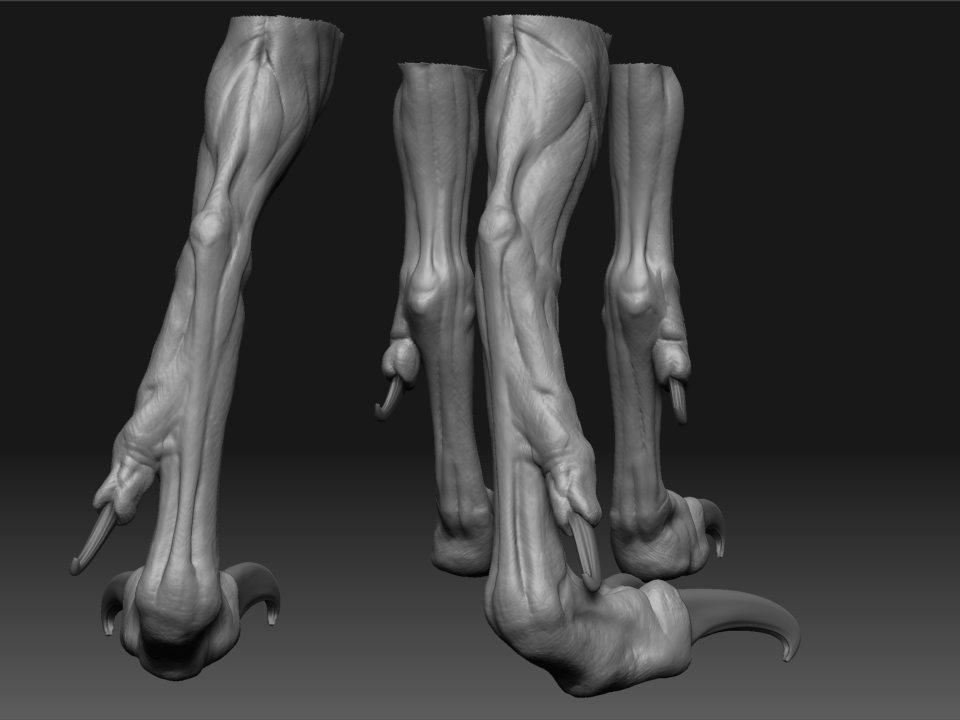 Nice progression indeed, especially that amazing work on the bone structure, I really look forward to see the next stages of this one.

Yep, I really like what I see here. Really cool! Great work, Cameron!

RawSunlight, thanks very much, theres more to come.

Moni-Poroni, thanks, I am posting up the ruff sculpts today for 3 characters, still working to finish them off. With all of them being worked up at the same time i thought it would be nice to share them at these stages and then present the finals all together later.