Second time making a character with zbrush and maya. I’ve been learning 3d for almost a year now and I think I’m starting to get the hang of the process, but I still have a ton to learn. Here are some screengrabs and ****ty camera shots (sorry about those) of the process. I would love to hear any feedback.

Just the initial body sculpt. Wanted to go for a fat but muscular look (ala Kingpin). Arms started out a little small in this shot but I later inflated and defined them.

Trying to figure out if I wanted the cartoonishly small legs. Decided to go with the longer legs. (again sorry for the photo of a screen)

After sculpting the head I knew he had to be a villain. In keeping with that theme I attempted to make a long/ flowy robe that worked into the flow of the armor. My idea was to have this guy old and weathered so the armor and hard surface objects are meant to be assistants for mobility and biological functions.

Here’s the final sclupt. All clothes and armor are comprised of 5 sub divisions levels; making that retopology step a lot easier on me. The body and head were made at a relatively high dynamesh resolution so I duplicated it, zremseshed the body and retopologized the head by hand using Maya’s quad draw.

Here’s the final topolgy from the lowest subdivision levels of the clothes/ armor, the zremeshed body and retopologized head.

AOs and Normals baked in xNormals and the PBR texturing was done in the Quixel suite.

And finished. I still want to get this guy posed, but I’ll save that for a later date. 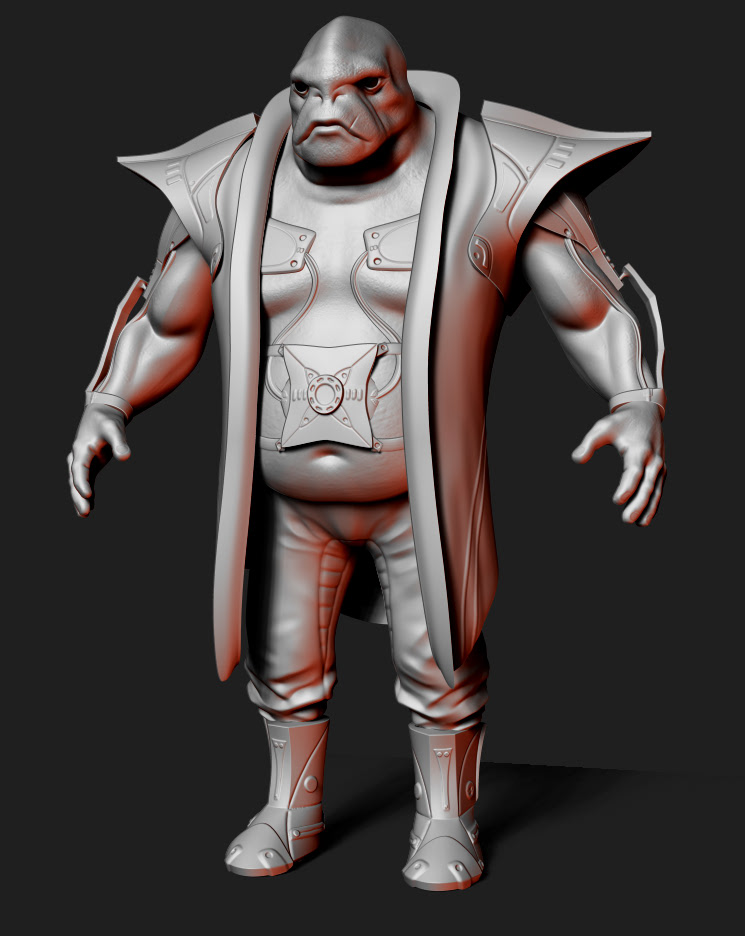 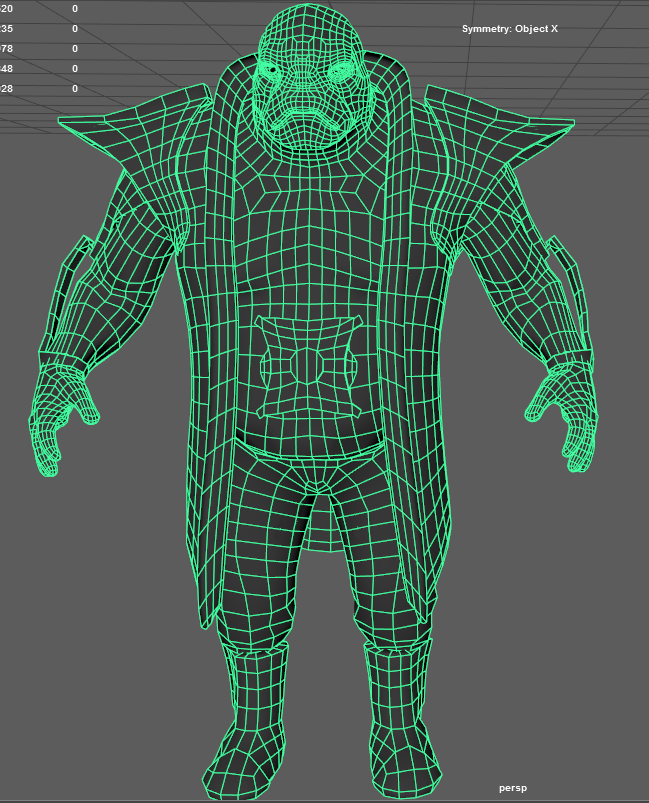 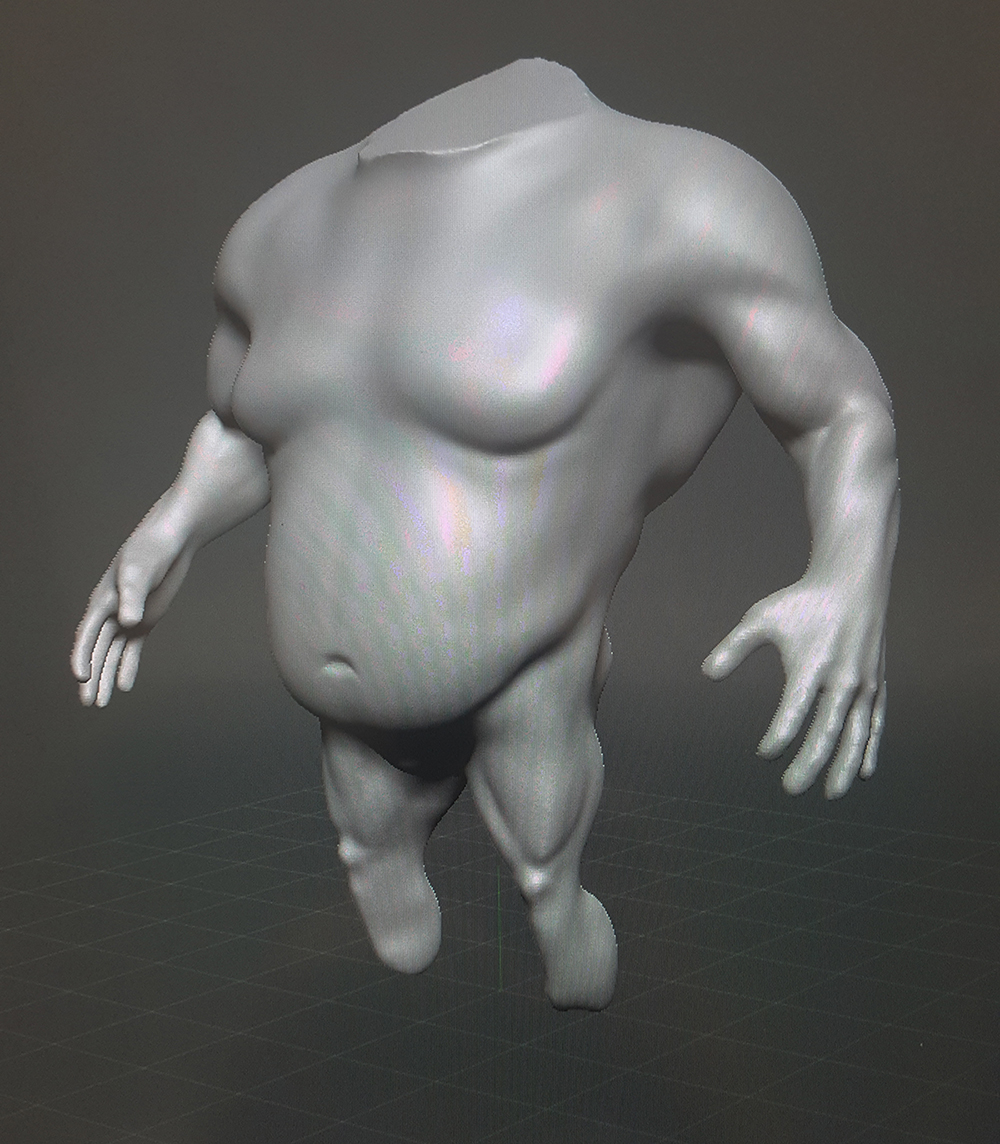 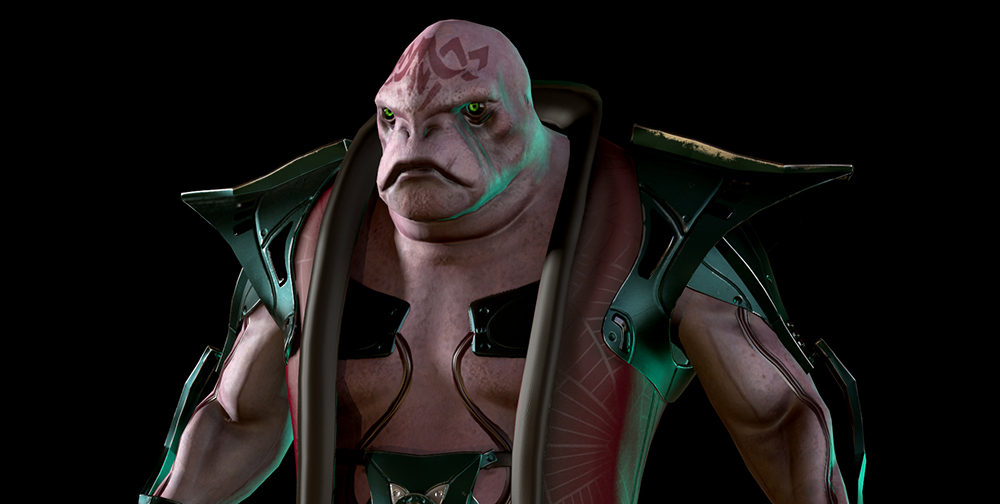 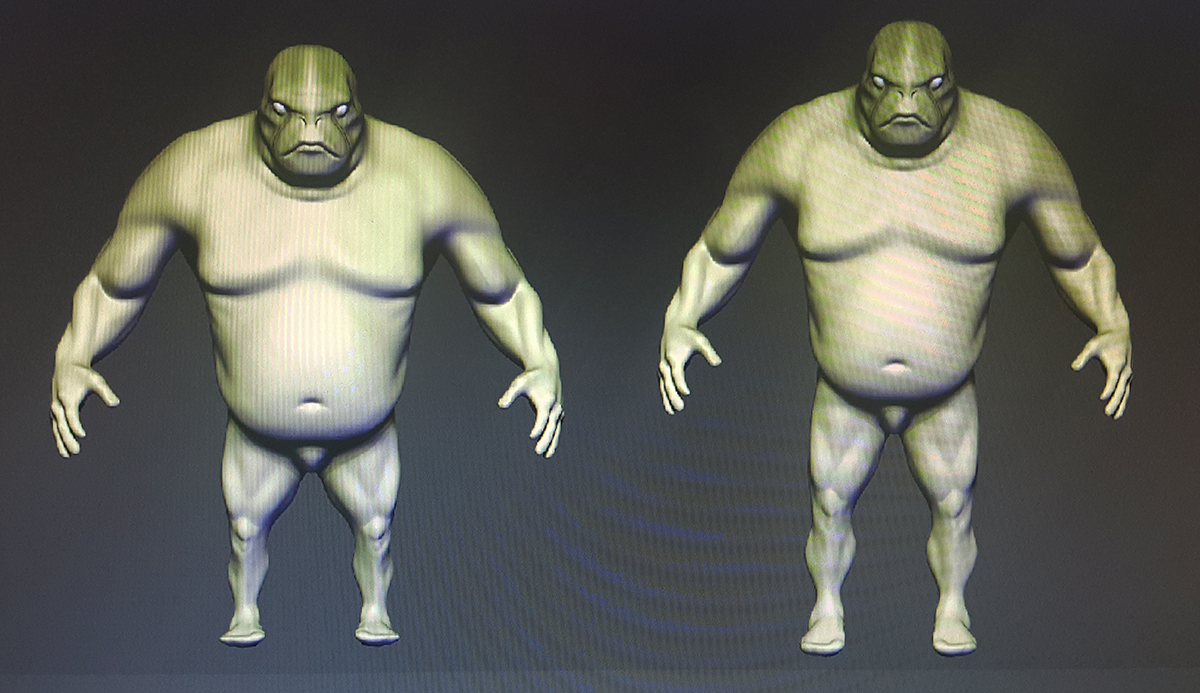 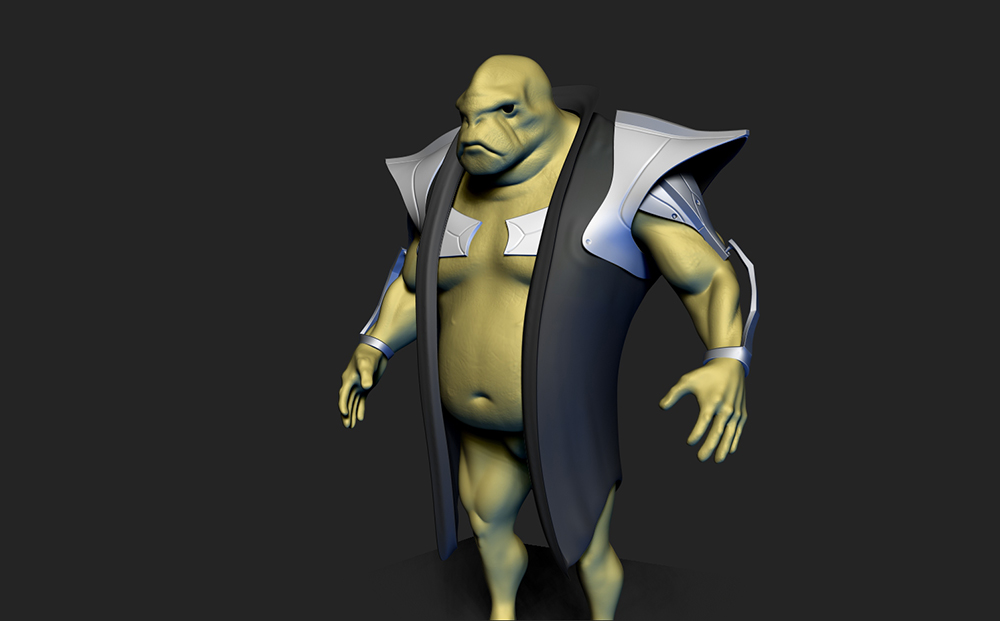