for those who don`t know yet the new 3d anime fanart challenge is up
https://www.facebook.com/groups/anime3Dcontest/

Description:
I`m going to depict the everlasting battle between Naruto as Sasuke, the two main protagonists of the series.
The piece should have a dynamic/aggressive feel to it while still hinting at the inner relations the characters have. Naruto should be withholding from killing while Sasuke would rather go in for the kill.
The demonfox and white snake should be pure aggression, big open biting mouths at their opponents in the middle.

Pose ideas:
High Vs low, kunai vs sword clash. Sasuke leaping in from sky naruto holding sword back with kunai

Swirl , ying yang balance to the characters . on leg on ground one leg higher , backwards leaping

Forward, both having their weapons on critical impact points

Having the fox and snake as borderelements will also give the option for stabilitypoints for the maincharacters. So if the character is floating in mid air his feeth could be touching an upgoing arc of the snakebody for instance.

-Faces will be partly stylized, its going to ride the fine line between realism and stylization but I have to avoid that uncanny valley feel.

-Hair/fur will be stylized from the getgo, realistic anime hair approaches have the tendency to look fake when the haircut is a bit too specific (narutos hair especially). Plus i`m aiming towards print so it should good stylized/sculpted anyway. 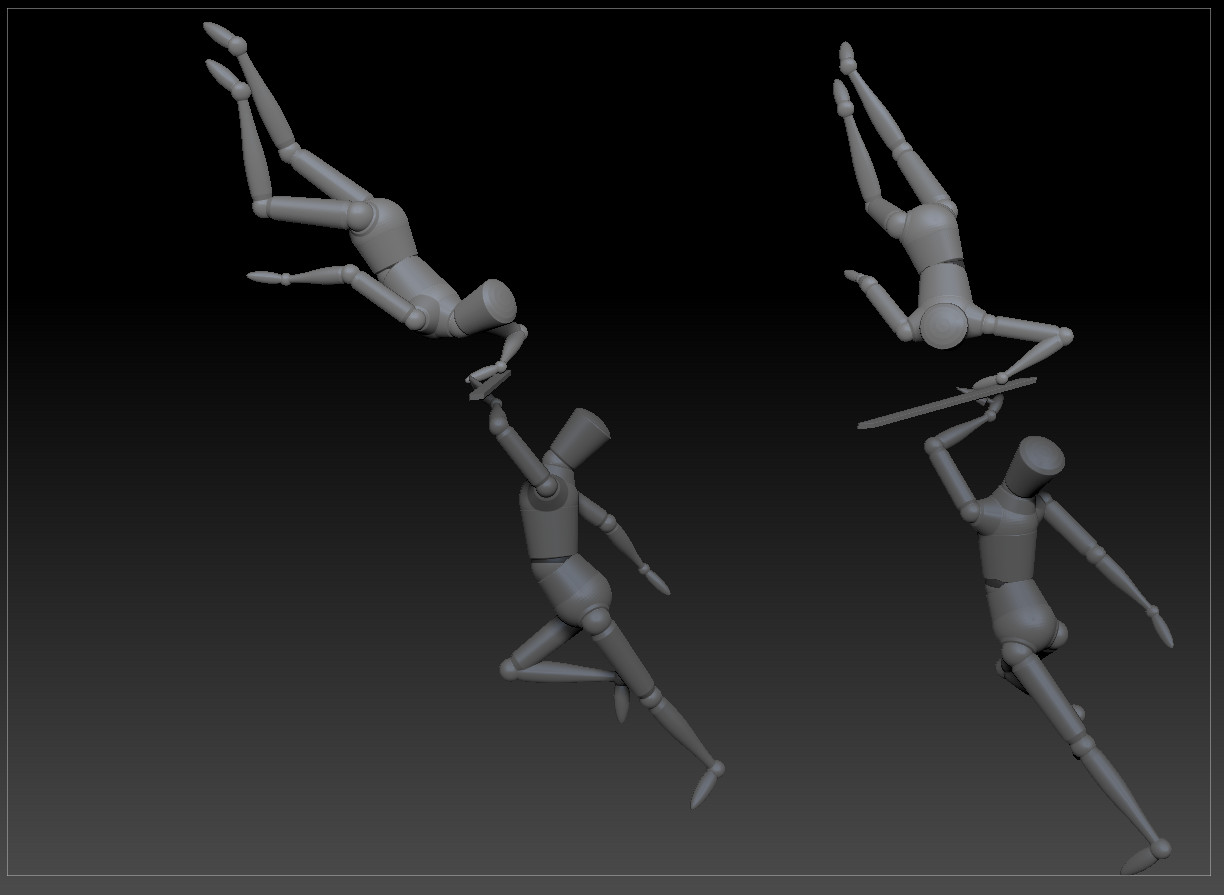 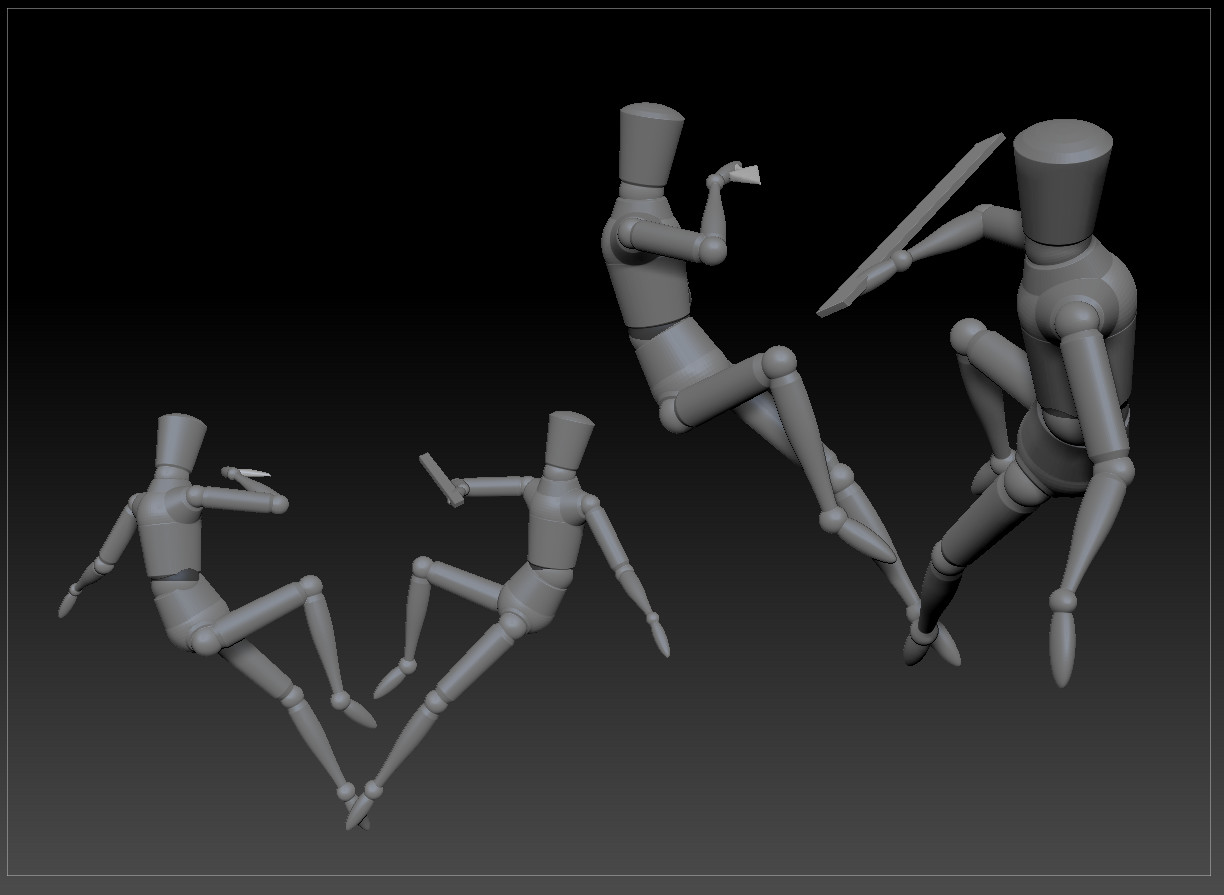 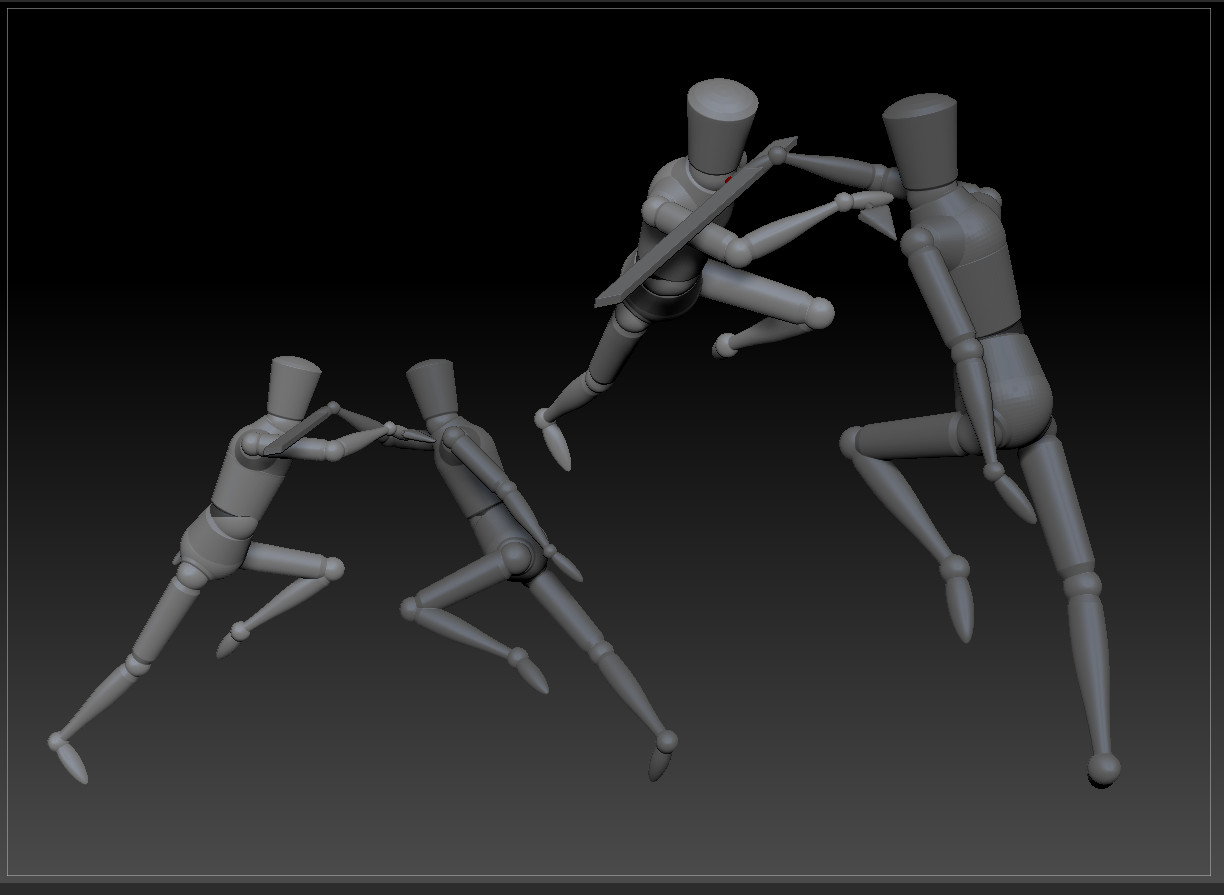 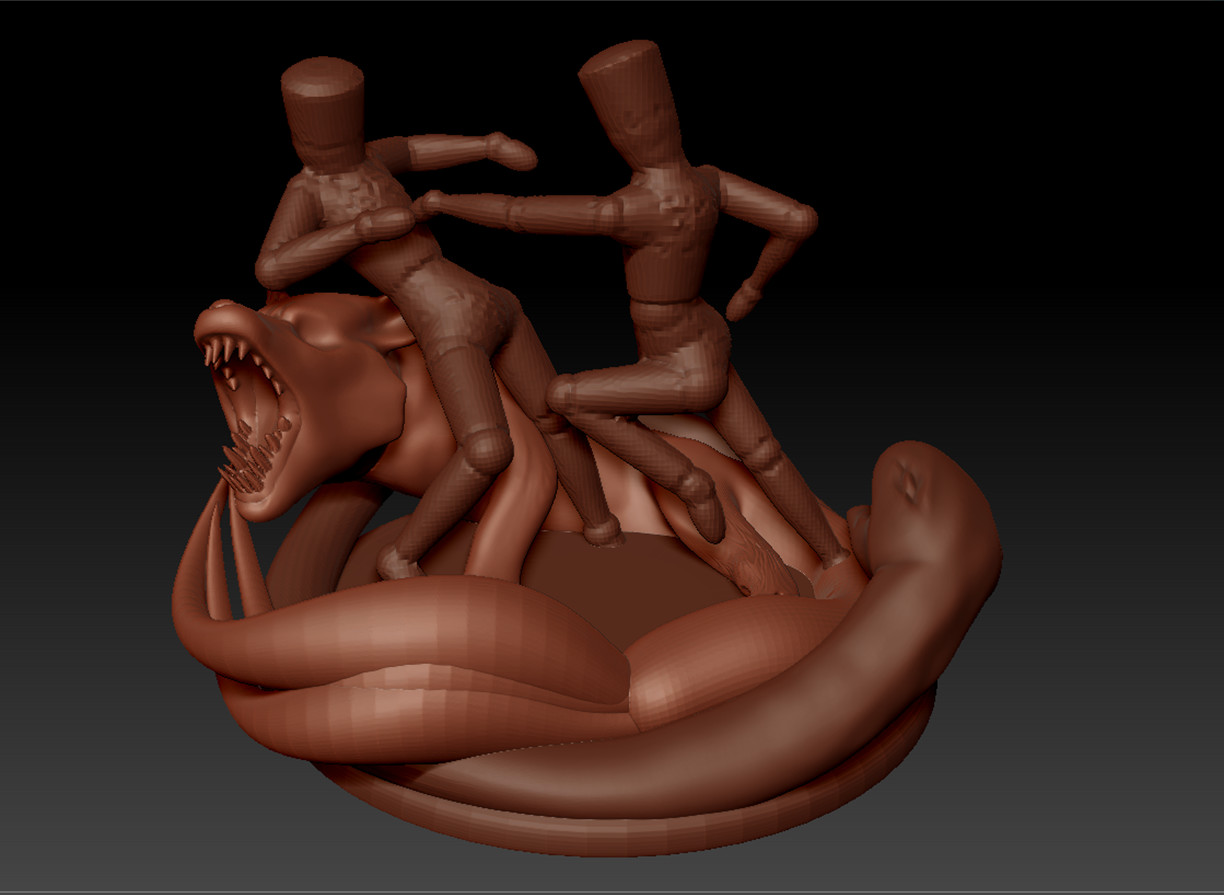 I tried to find the right balance in stylization for both characters, probably will still shift things around while i progress.

The hair for both is just a blockout for reference so not something set in stone stylewize. i`ll probably be going for looser and sharper strands for both in the end VERY nice! I think the style is perfect! A great blend between 3d and anime. good work. Cant wait to see more.

thanks a lot guys

here are the blockouts for both characters, still deciding on how im going to approach sculpting the clean cloth