Hi everybody! Just want to show my work in this awesome program. Im not professional artist, so don’t judge me very strict.
Ps and sorry for my english 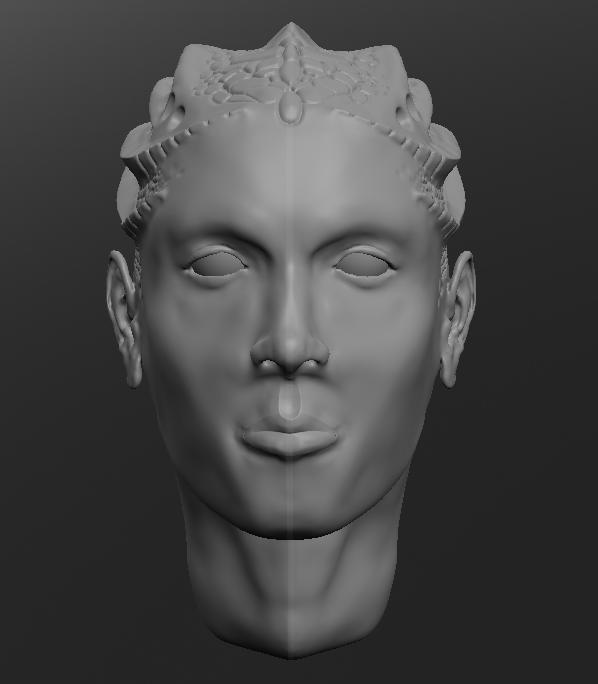 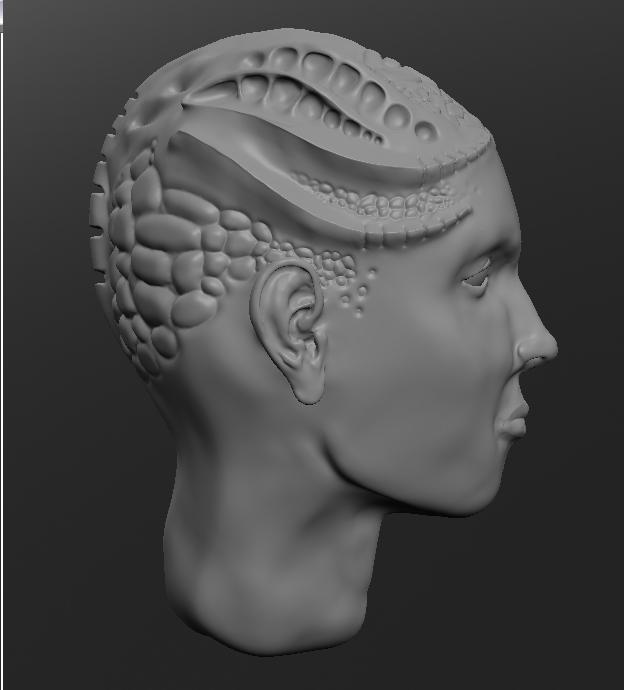 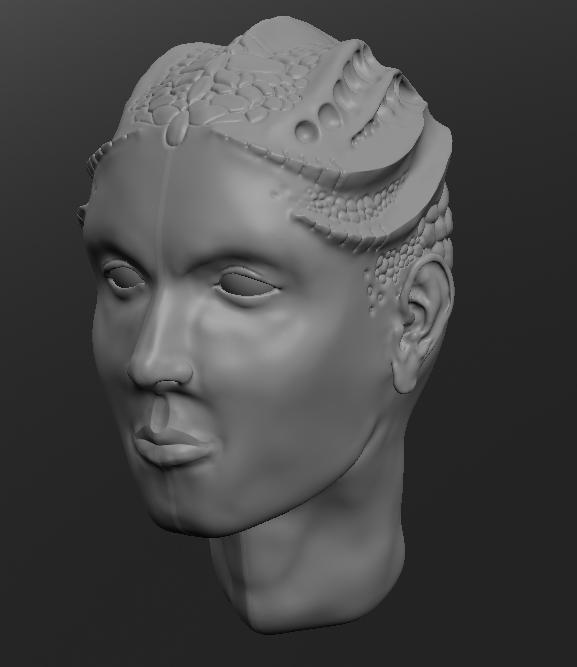 grat sculpt for a newbie! show u have control from many aspects of the modeling

neat creature, good job it like it, is she a sea creature like from a water planet? looks cool. …

you can “render” the image by pressing “Options” then “Save Image” doing so it will remove the Symmetry line in the model. :D*Unless you wanted to show it…

Anyhow just so you know in the options there are some other render settings for FOG, DOF and Field of View etc…)

holyenigma74 tnx! heh, my friend said that it is aquaman :), actually i just created a man face, which than mutated to woman face, and than i added some “alien” stuff. Yes, i think alien from water planet it is a good idea!

So I have a “neat” creature from water planet, and i decided to create some evil-cyber-demon type alien. Who maybe invade to this water planet 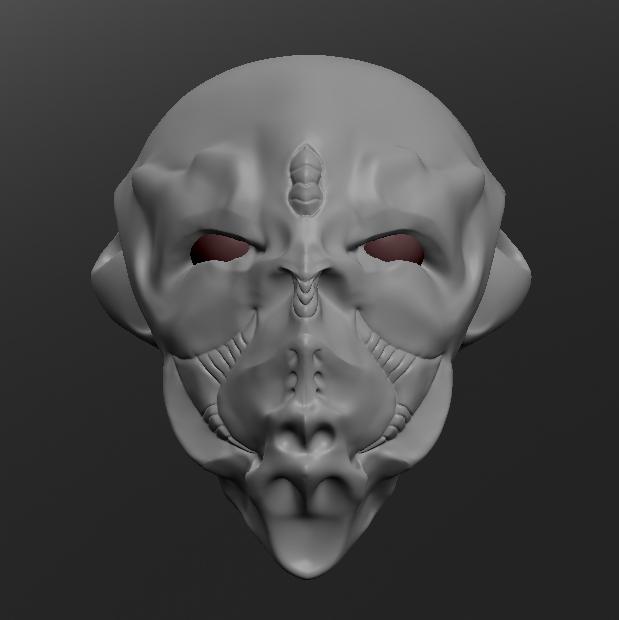 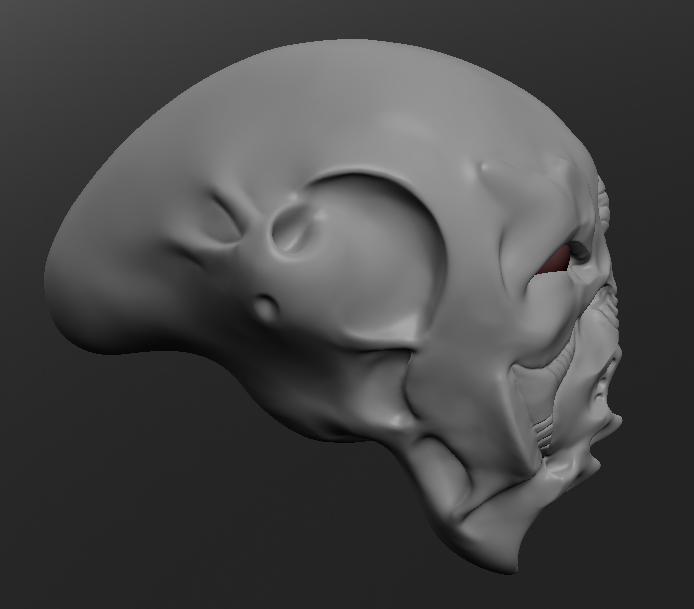 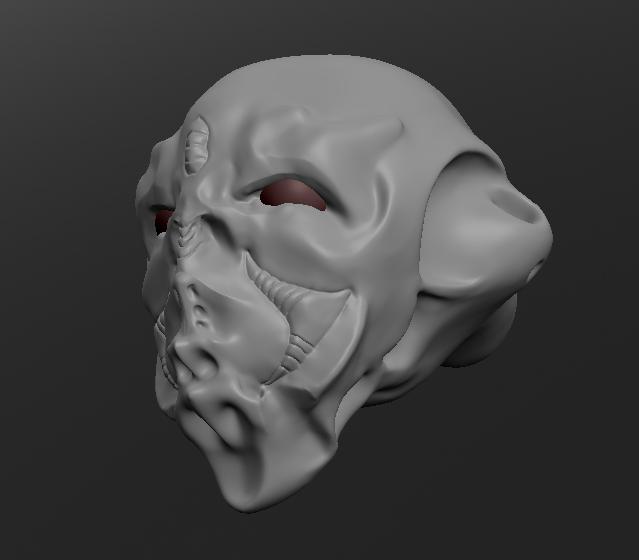 So i decided to make some studies, and this thread i think will be my sketchbook 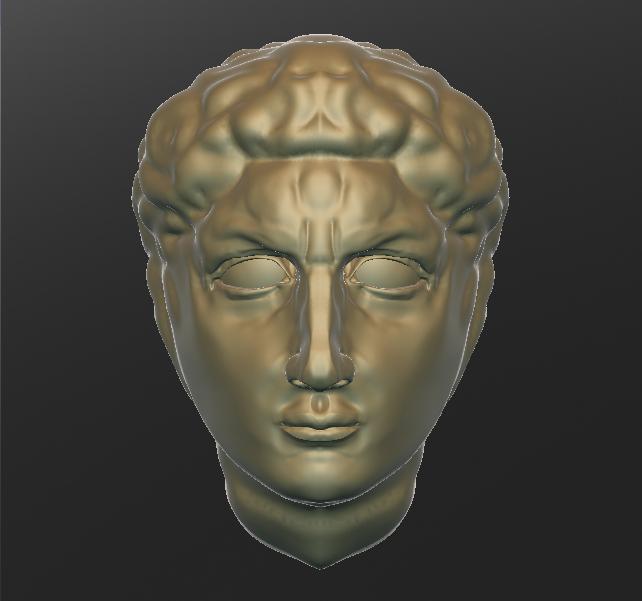 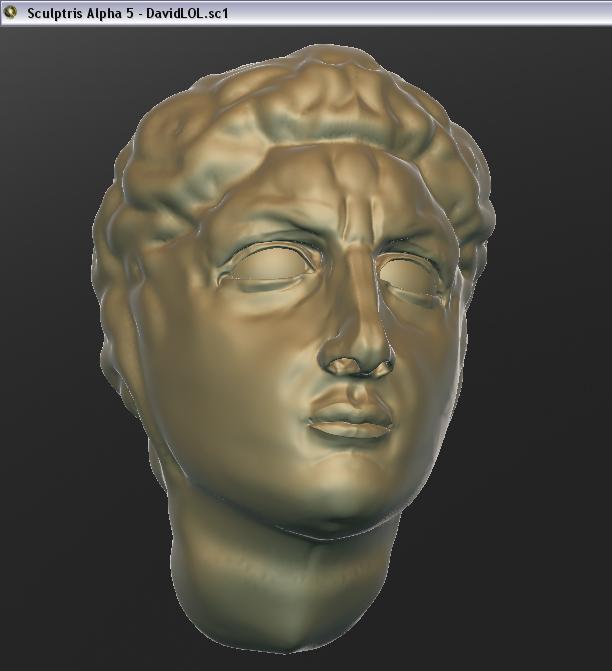 Eyes TOO large - great job on the nose. The distance between eyes should be exactly one eye and the nose should be just as wide. From the outer side to the side of the head (in frontal view) there’s -give or take- another eye in distance too (well, you may make this zone narrower and get some Kate Moss looking face) so you could draw three lines and split the face in five vertical stripes and find out where should each part be. You did good on your first model, not so good on Il David.

My personal guideline for head/face modeling is:

for males,
average to small eyes
average to large nose
thiner mouth
pronounced jaw line (blurred on a fatty or old or too young character)

everything else (dewlap -whether or not-, sharp or thick lips, nose shape, etc.) depends on the model being represented and the style (heroic, mundane, realistic, cartoon-ish, etc., large etc.)

If these really are your first steps in 3d figure modelling you are doing it pretty well, keep practicing and you’ll eventually get much better in a brief time.

Hi Serek! Tnx for your advices! Yes, i need to study basics. But in this case, i just “took” Michelangelo original proportions, as u know he did David’s eyes so big especially

So and today i made a cute girl face 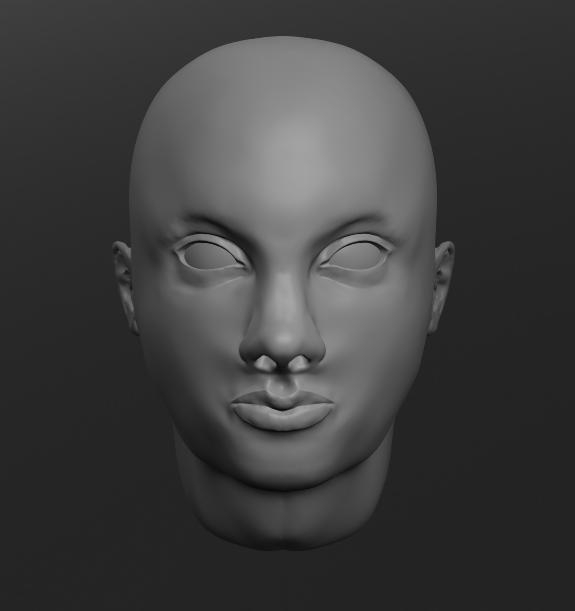 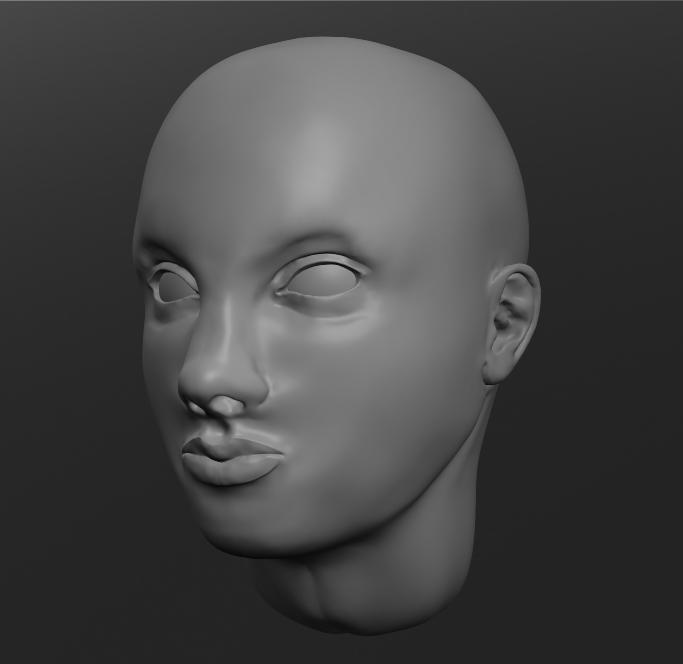 A serious guy. This is copy. 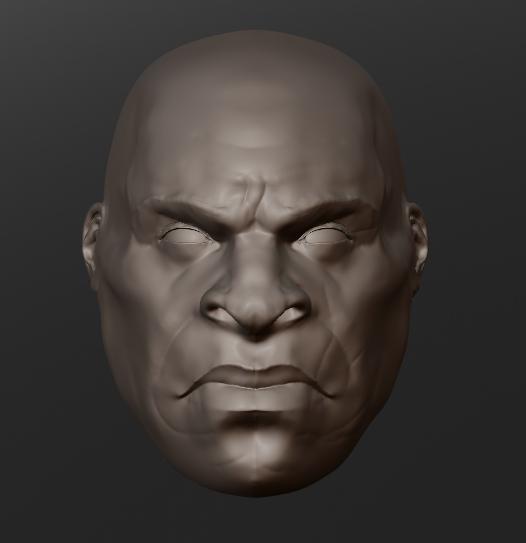 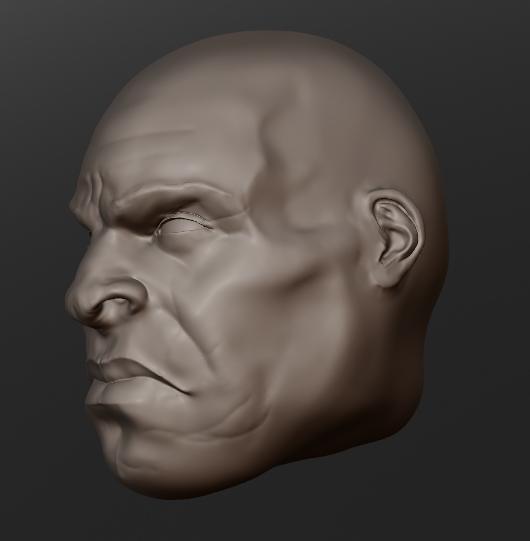 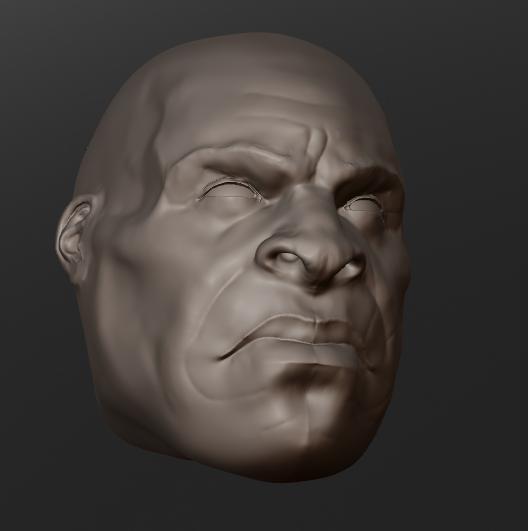 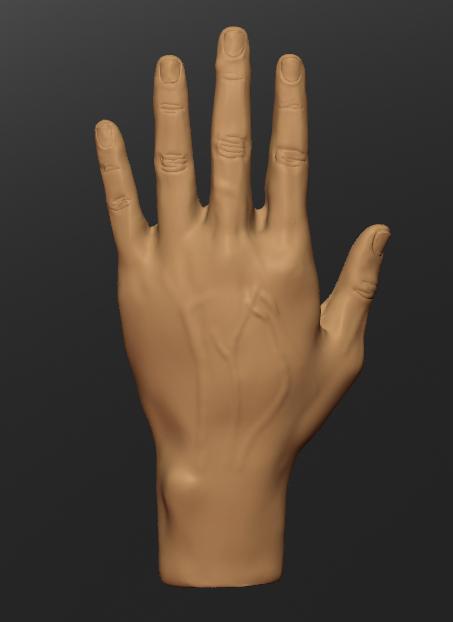 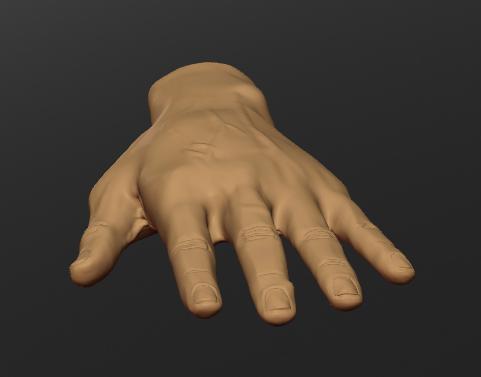 Now working on this “Dangerous Guy”. What do you think about design(legs)? And anatomy (body) ? tnx 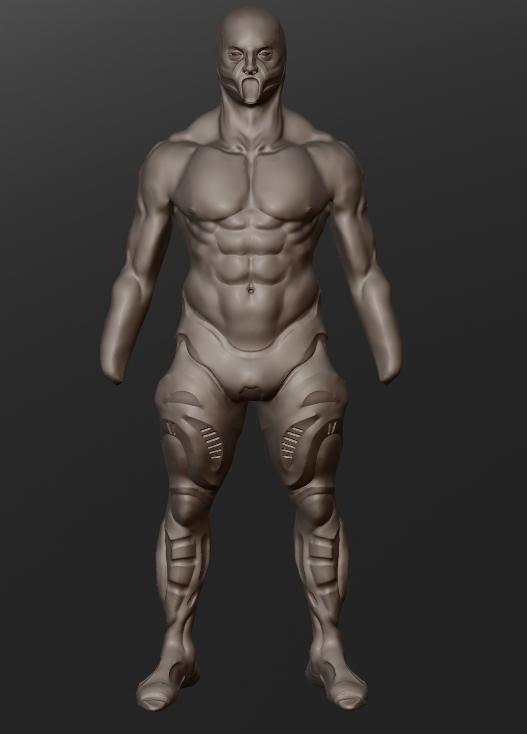 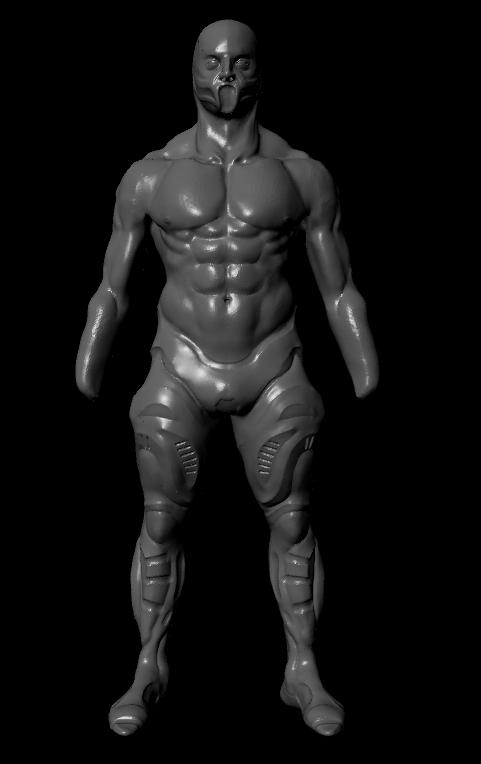 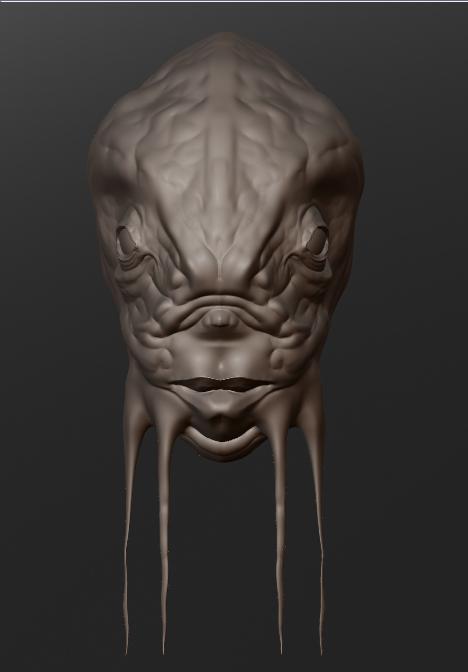 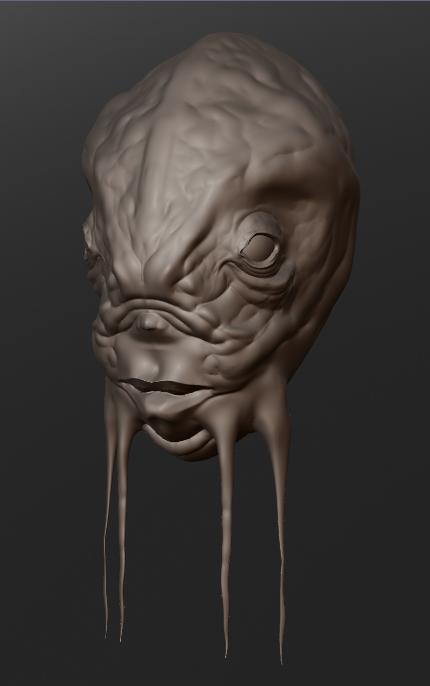 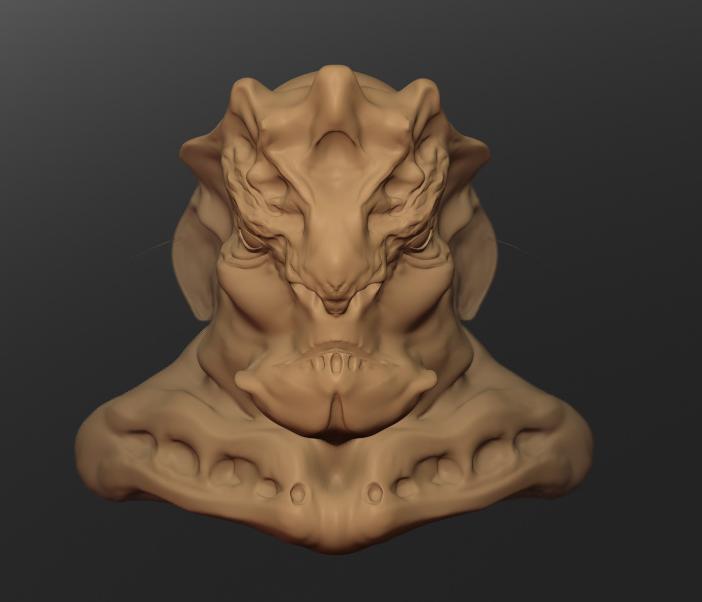 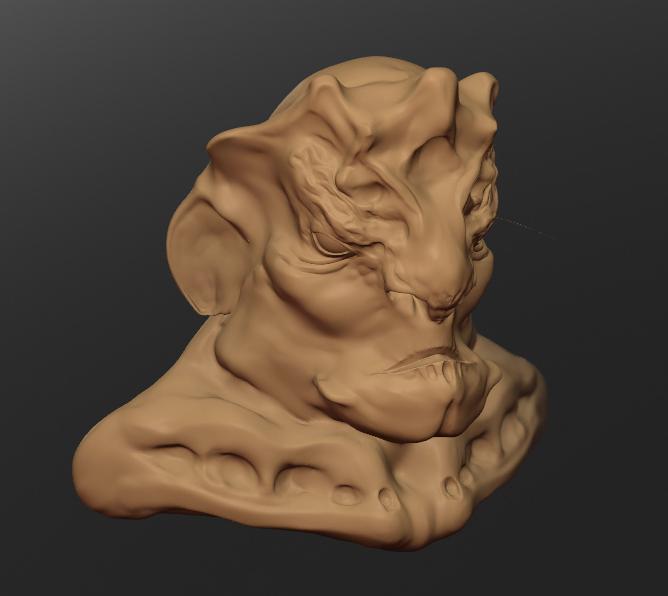 Face. Without ears. Too lazy to do it. 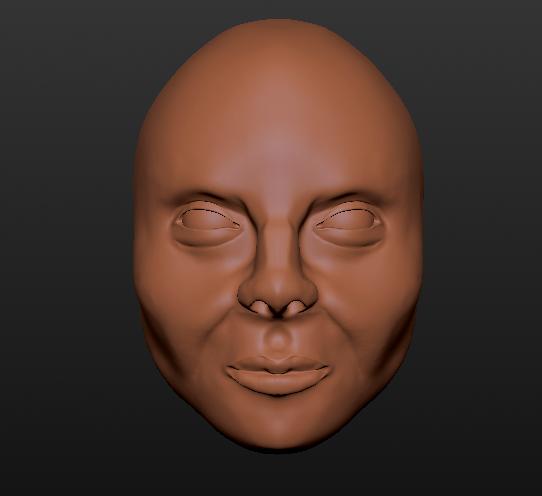 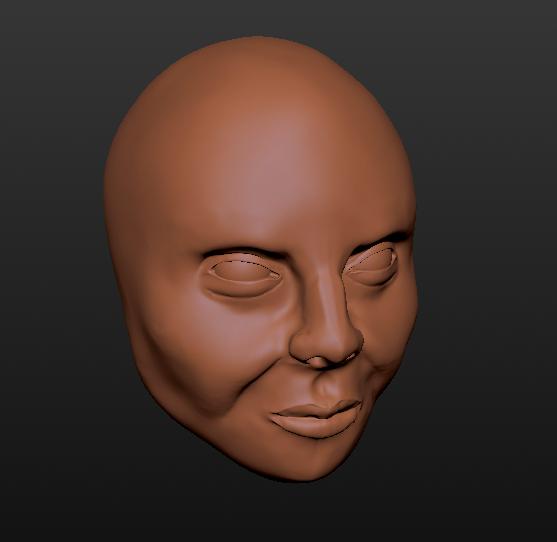 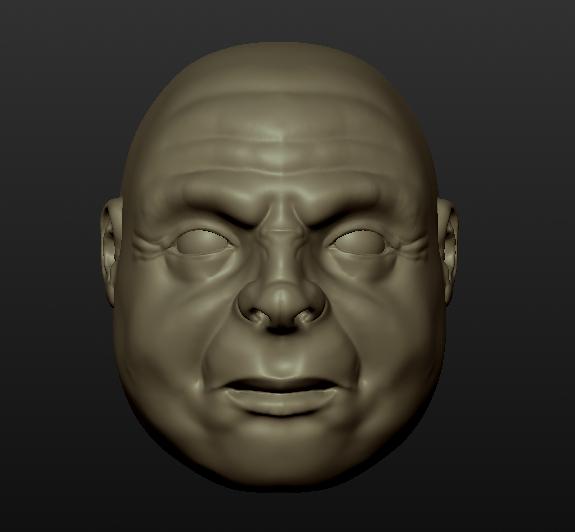 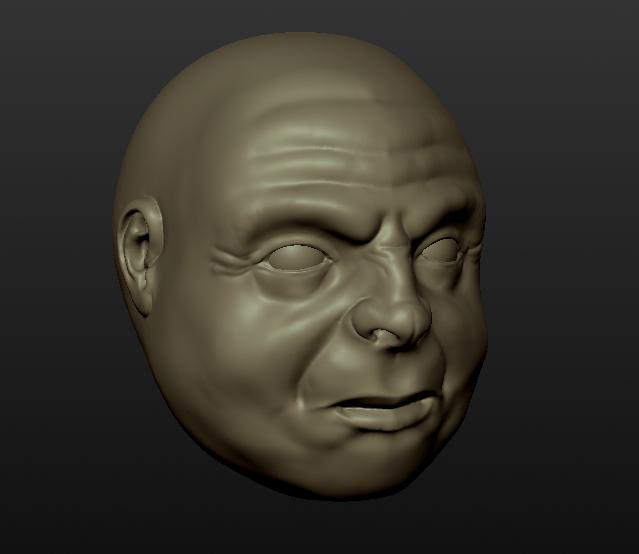 Your Sculpts are Great!! But don’t forget paint mode, I’d like to see some of your aliens with color!!

Today one famous actor :), maybe you will recognize him Tnx for appreciate! But frankly, i dont think that my alliens are cool enough

actually, i think that my allien stuff is very boring. I’m trying to understand how wrinkles and details work, but can’t do that

And color… i don’t think that sculptris is a good tool for color.

PS sorry for my english :o