Superb peice of art! is the drapery hand sculpted? or did you use marvelous designer? either way it looks lovely!

Thanks to everyone for the great and beautiful comments!
Samurai for the drapery i prepared a very rough basemesh in ncloth but there were so many intersections that in the end I did most of the work with Zbrush using a combo of project all, morph targets, layers and brushwork.
Marvellous Designers is definitely something I want to learn though: I am really amazed by what you can do with it.

Which render you used? Can you talk a little about the light setting?

Thanks! I used octane render for this as it gives a real nice SSS effect if you give it enough time to render (a full night in this case) :>
There is 1 hdri and a light emitting plane right above the mesh. Plus i placed two small incandescent spheres where the pupils are.

Thanks for the feedback man. It’s really a very good job.

Gorgeos concept and execution, I love that the cloth almost seems liquid.
Congratulations on such a great job

The plane of Mineral is a rocky place full of precious gems and metals… Some folks call it the Treasure Trove of the Multiverse. It is that, I suppose. Every sort of valuable rock a fellah can think of lies in the plane of Mineral… You can’t just go in and take whatever you want though. Most of the time, something’ll stop you…
…This plane is lousy with critters that’ll eat you as soon as look at you. Crysmals, xorn, khargra, end even a thoqqua or two lair here. Don’t go to the Mineral plane without a good, sharp axe, I say"Gaddin Hammerdome, dwarf miner

Checking these old Planescape manuals form the mid Nineties… so many wonderful inspirations for concepts.
Here is a Gem Eater, a minute creature that inhabits the Quasiplane of Minerals. As the name says it only feeds of gems and crystals. They are territorial and tend to assume the colors of the most abundant crystal in the area. Males are not aggressive but females lay eggs in bigger creatures ears.

Sculpted in Zbrush (I really wanted to sculpt a winged creature), rendered in Octane, ZDepthed in Nuke, gave it the final touch in Photoshop. As I see it, the red variant lives in a zone rich of rubies, the purple of amethysts. 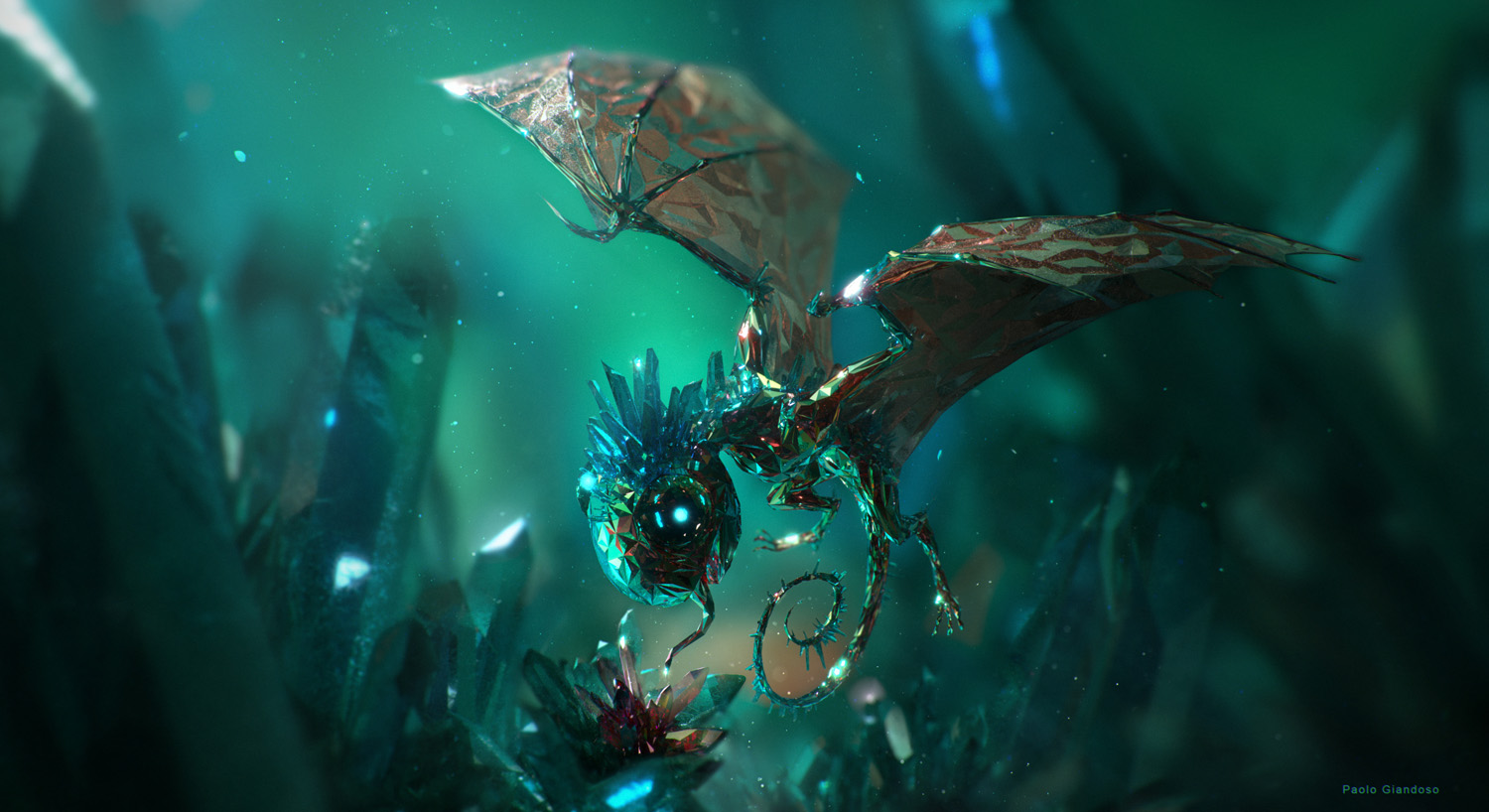 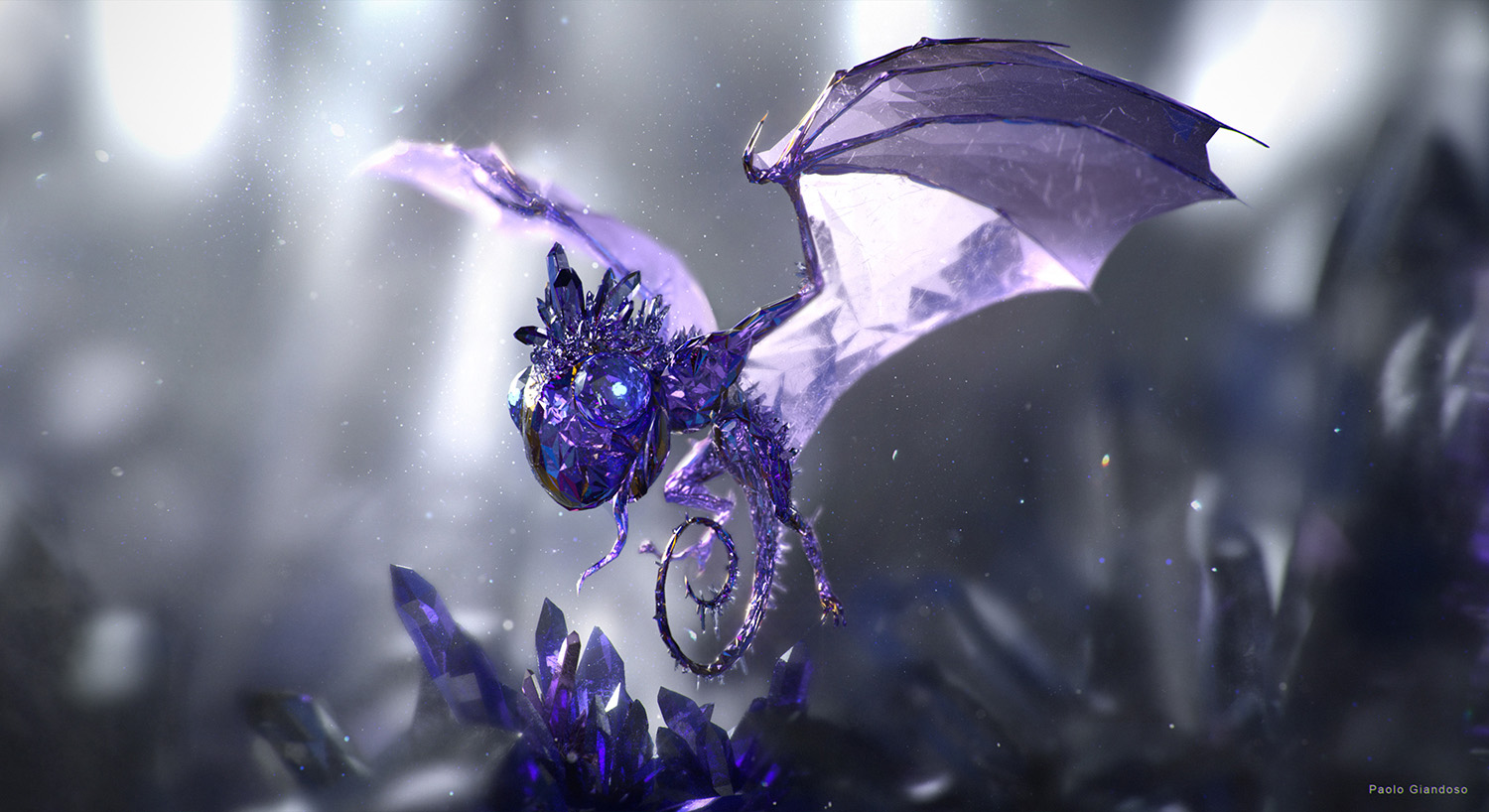 Images didn’t load for some reason. Fixed the problem now

Uploading two additional version I tried for the concepts. The ruby eate with a brigther light and the amethyst eater in a more misty atmosphere. 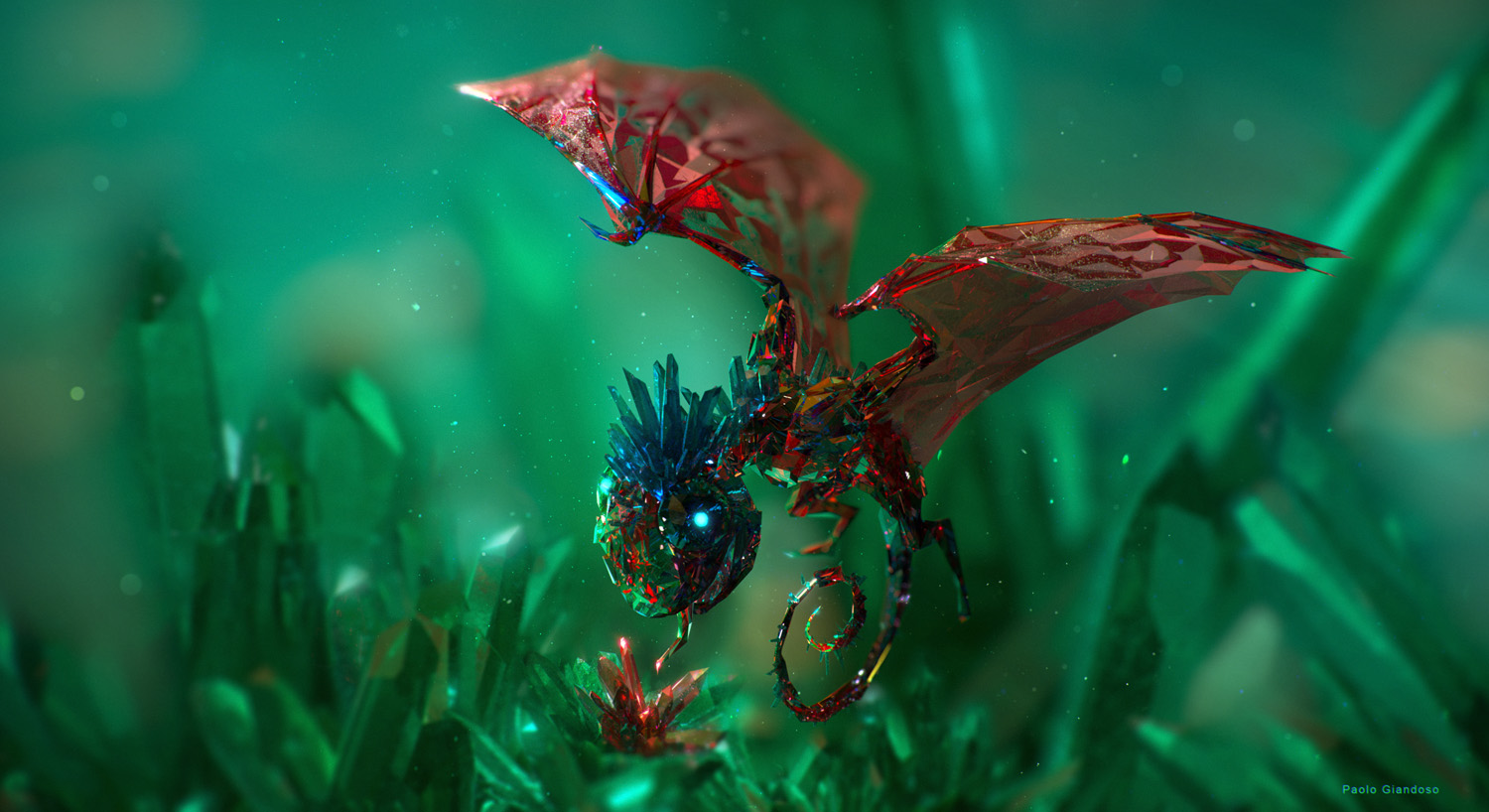 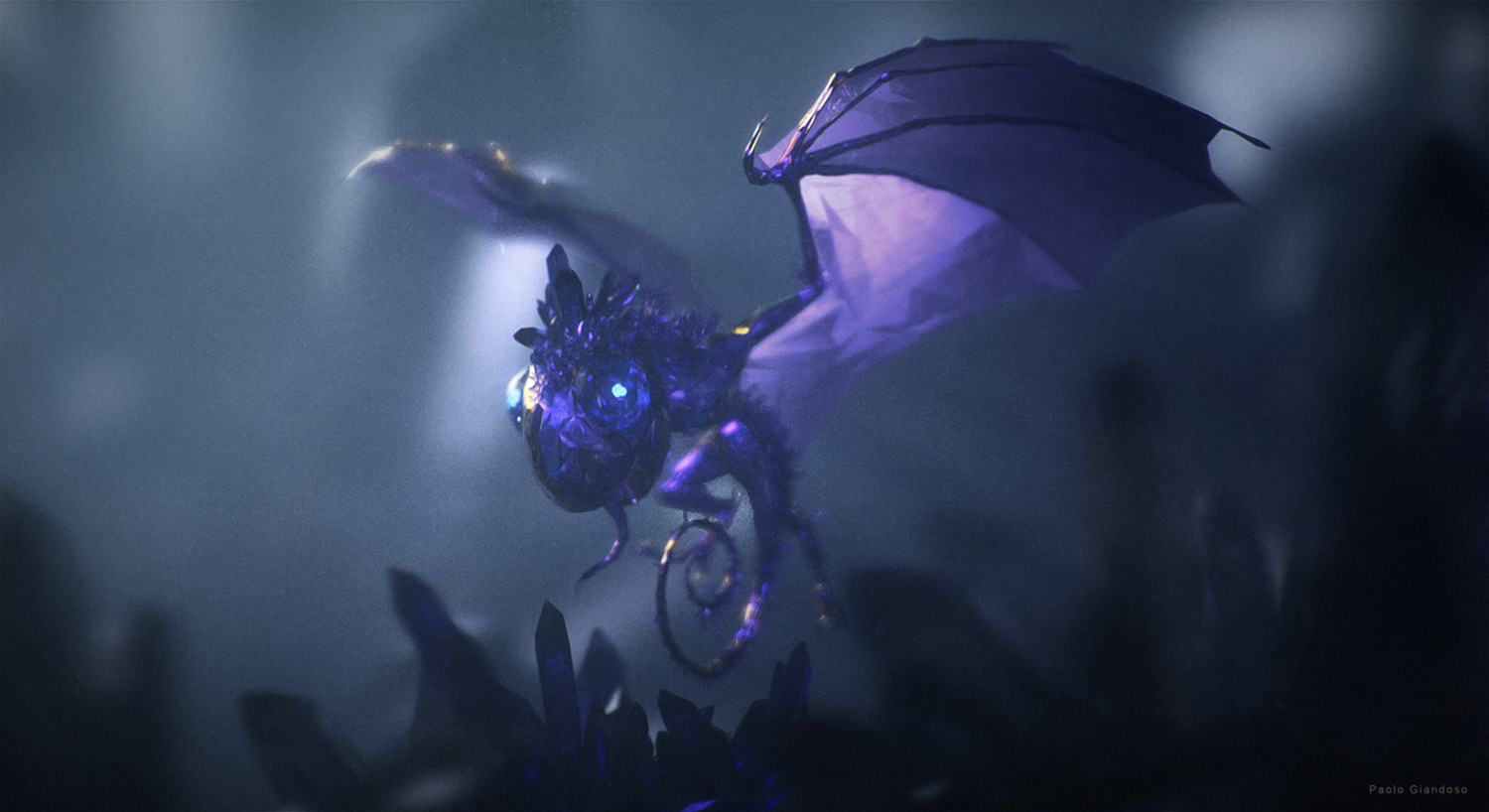 that is great man! i love the look and feel of those images! really really great athmosphere!

May I ask why you comped the zdepth in nuke instead of setting it directly in octane ?

Cool- virgin first view can recognize first concepts shape best. Talking for me only, for sure

pid18000, I used Nuke for creating the depth of field because it gives more artistic control and because rendering a sharp image in Octane takes considerably less than a blurry one.