Mister Pyramid is on the march

Off to fight a war he can never win
Marching on the white stripes through the circle of stars
Sickle on one hand and torch of freedom in the other
His capstone forever seeking union.

All parts modeled with the ZModeler Brush and Sub Divisions. I also used Creasing, Deformations and some light sculpting with the Move, Inflate Brushes. I UV Mapped the parts using “work on clone” and polygroups. I then used transpose master to position the hands to hold the sickle and torch and legs and bots walking and to twist the stripes. I used an array mesh to generate instances of one star in a circle. 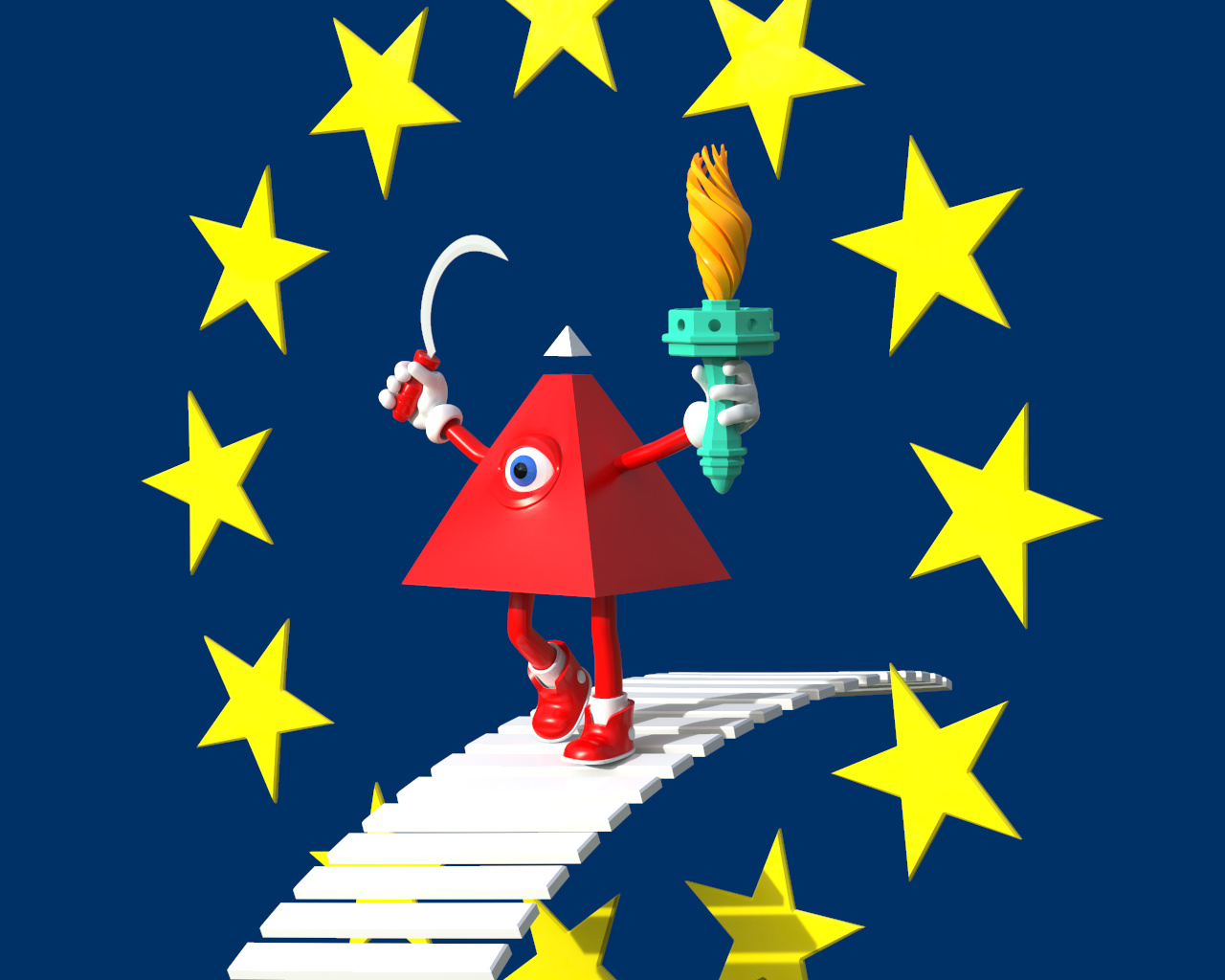 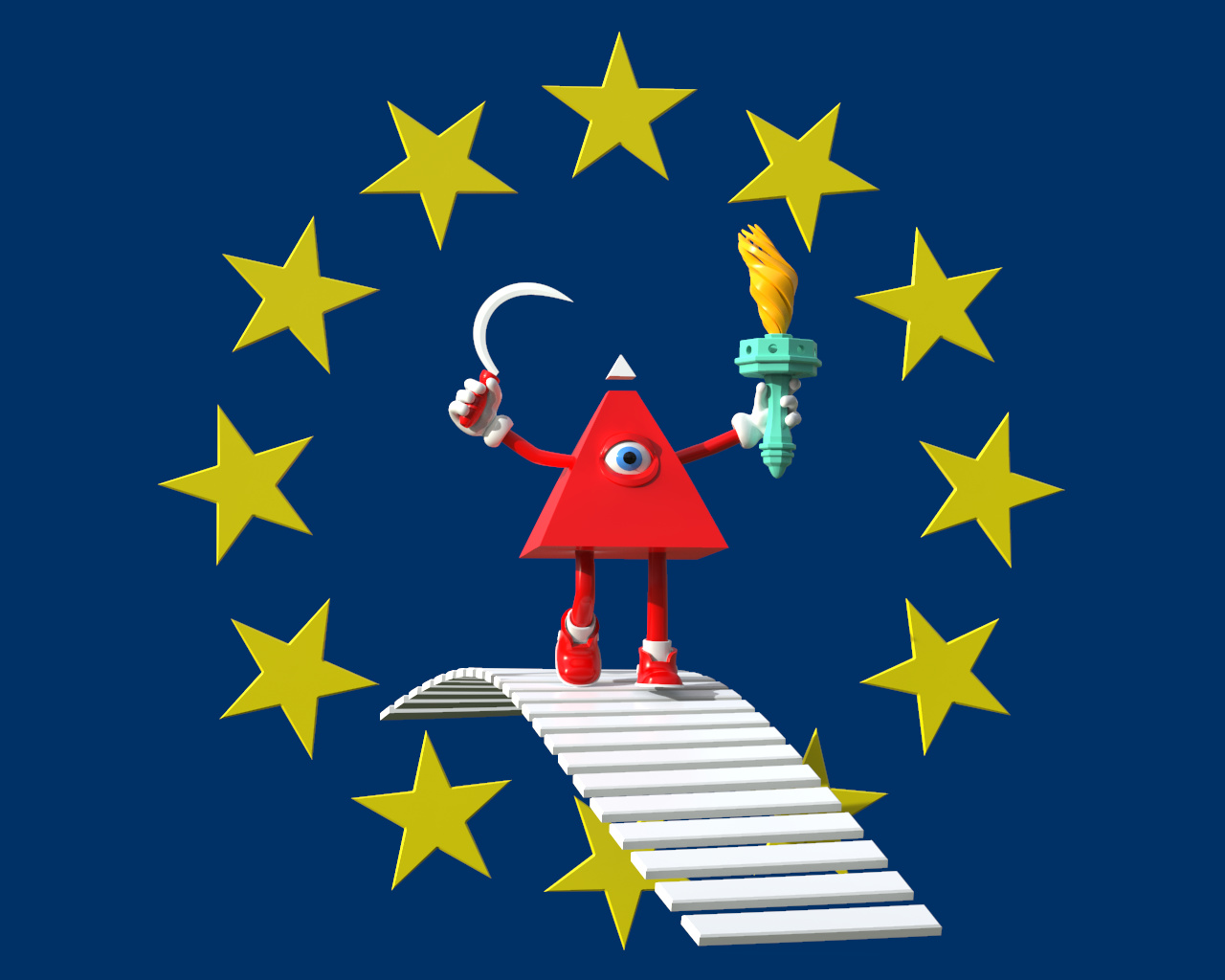 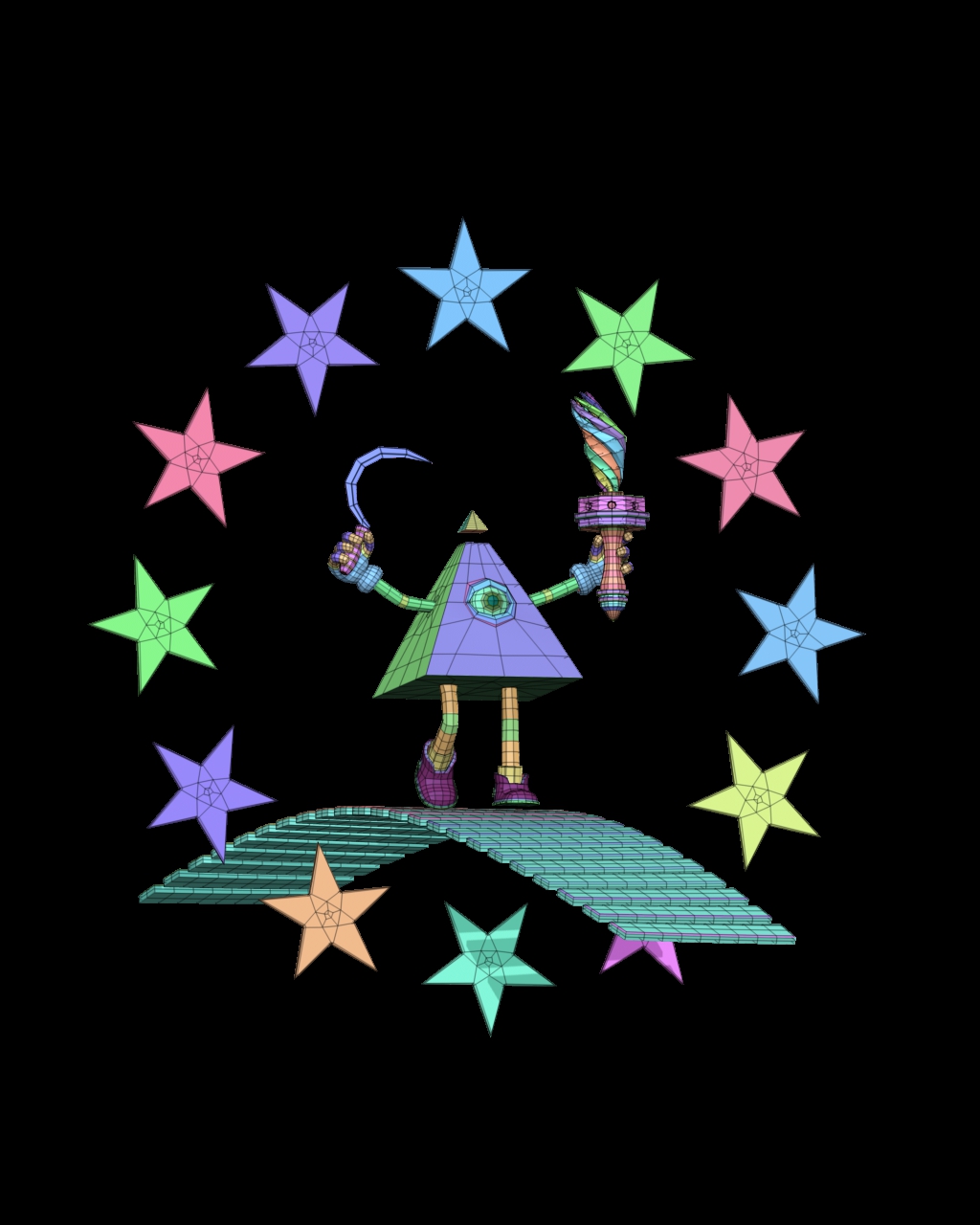 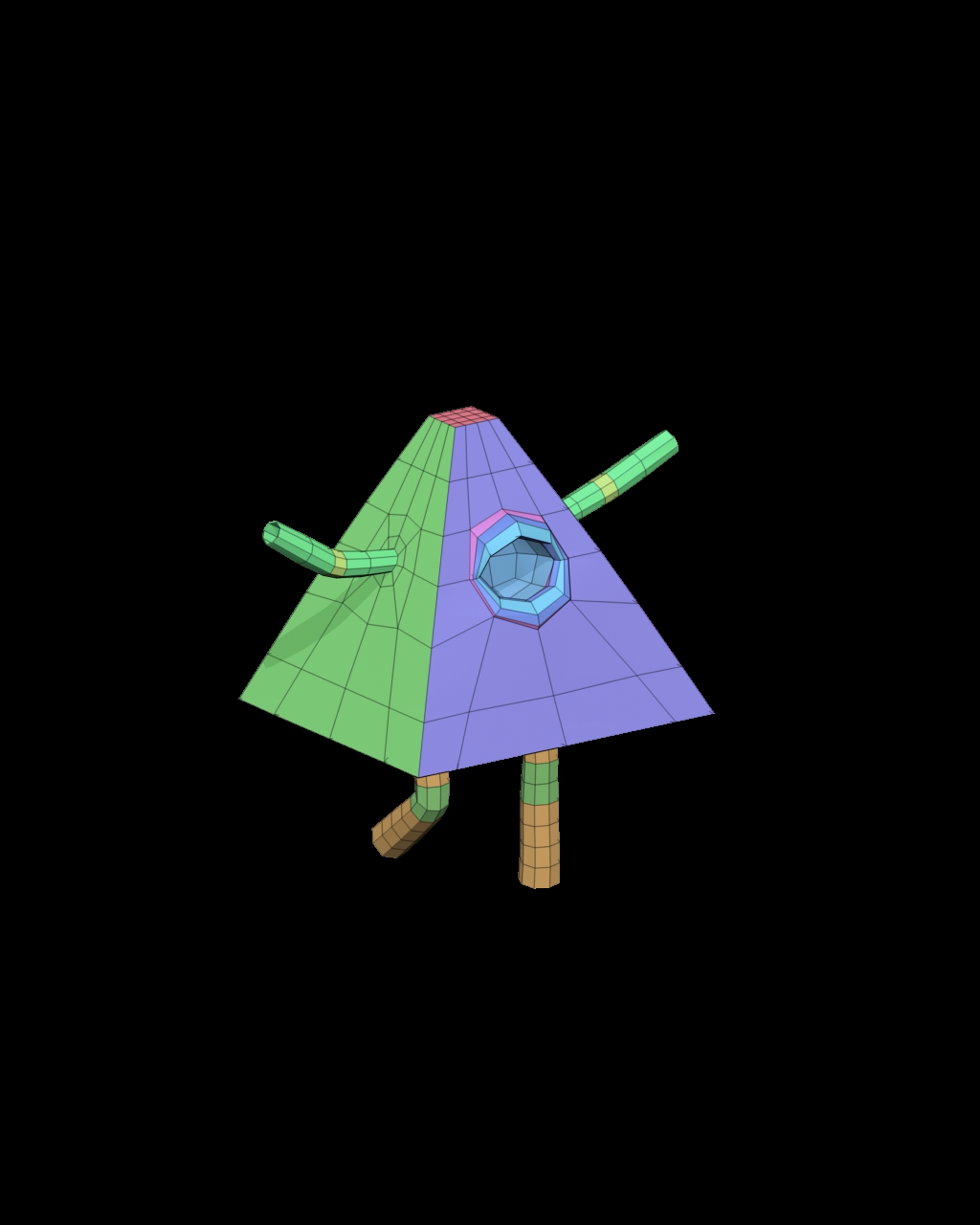 Boots - The different poly groups allowed me to easily paint the boot at sub division level 6. 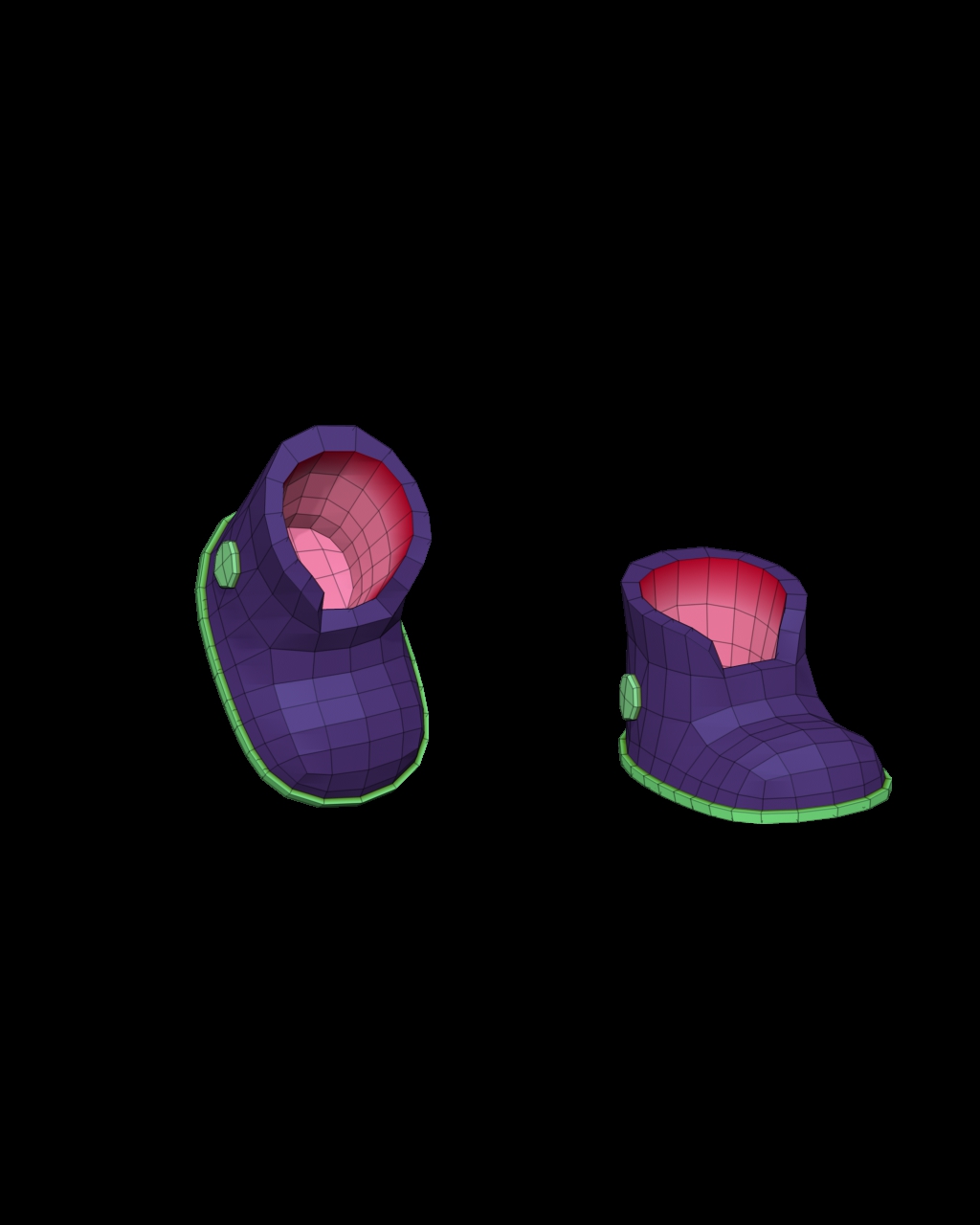 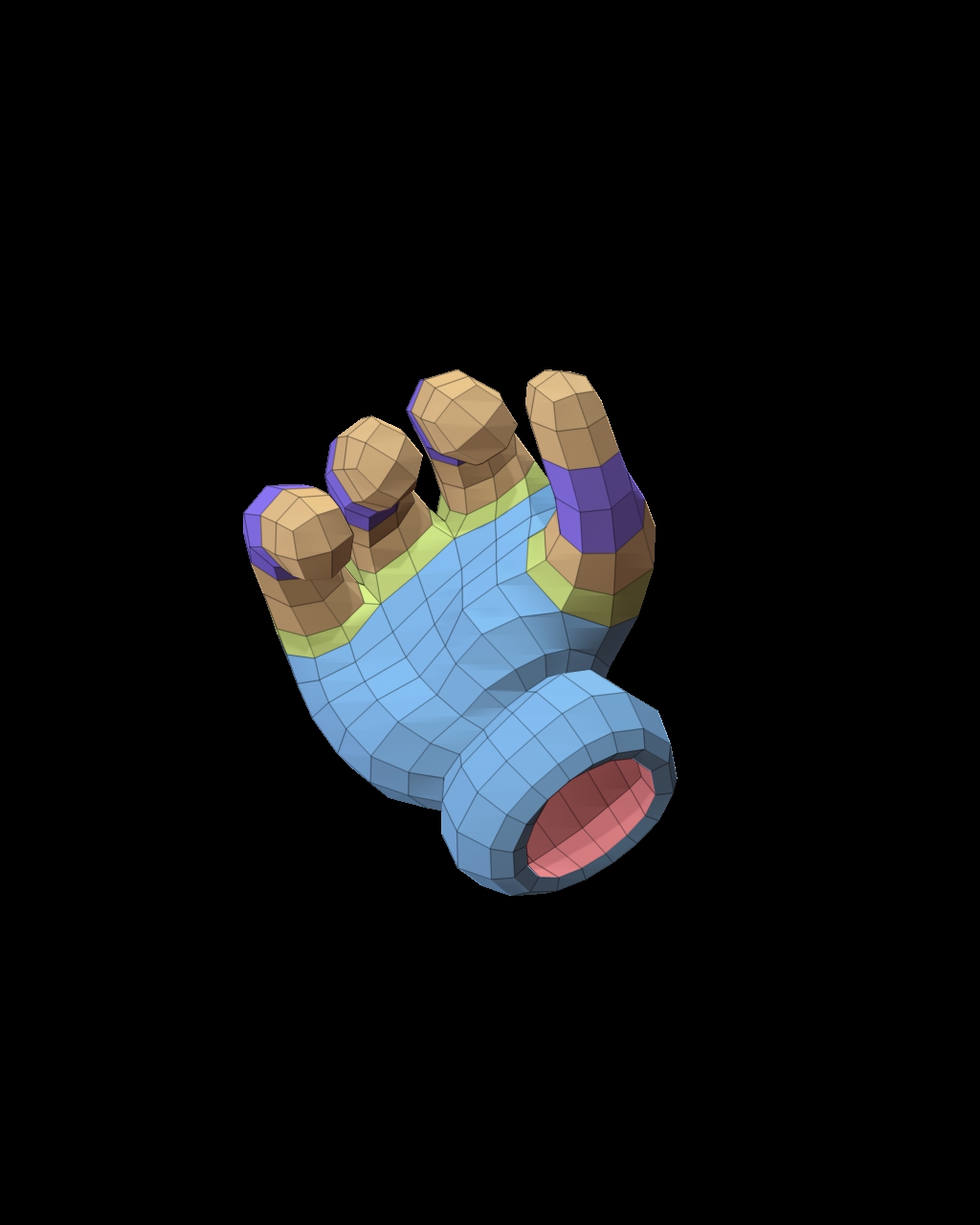 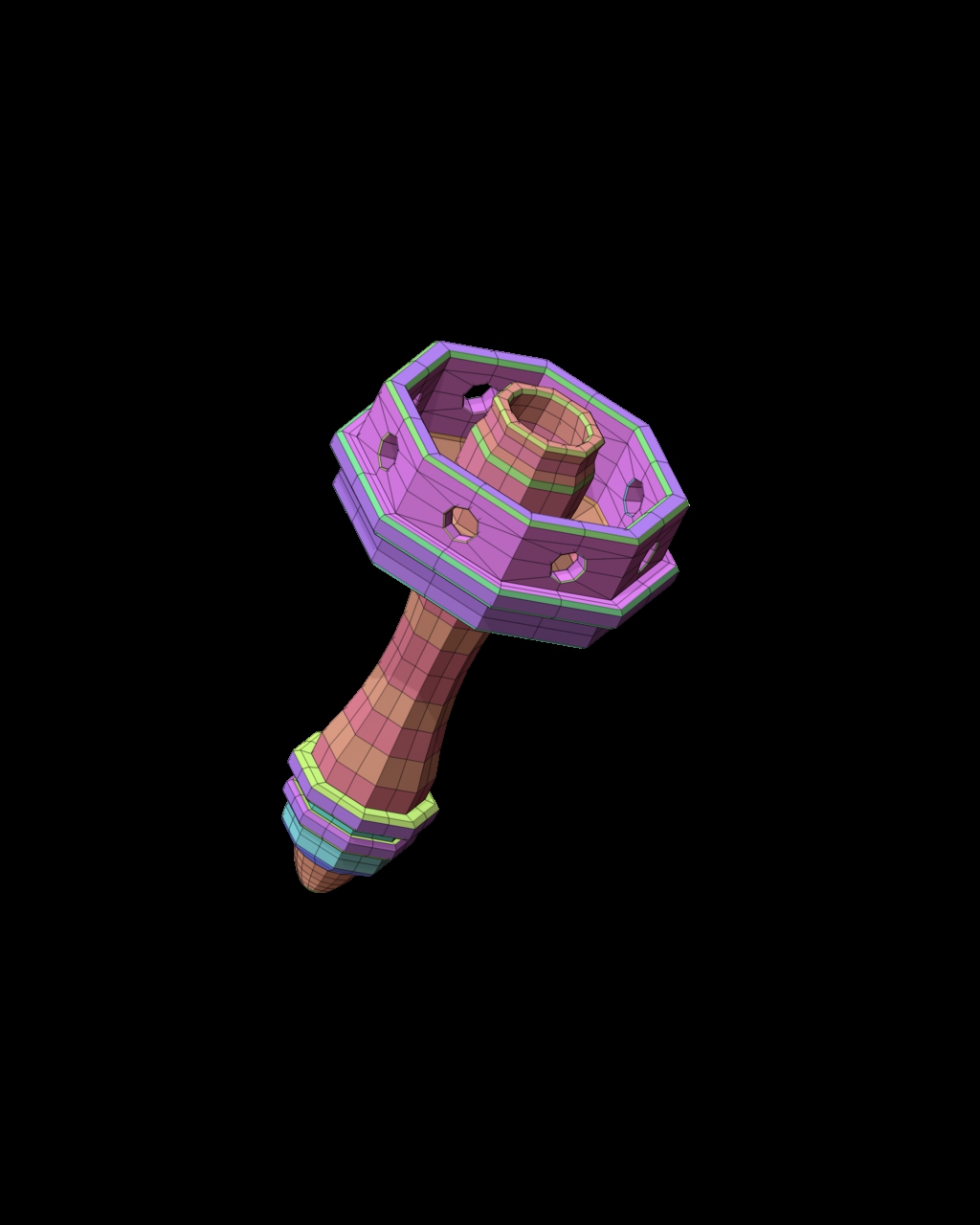 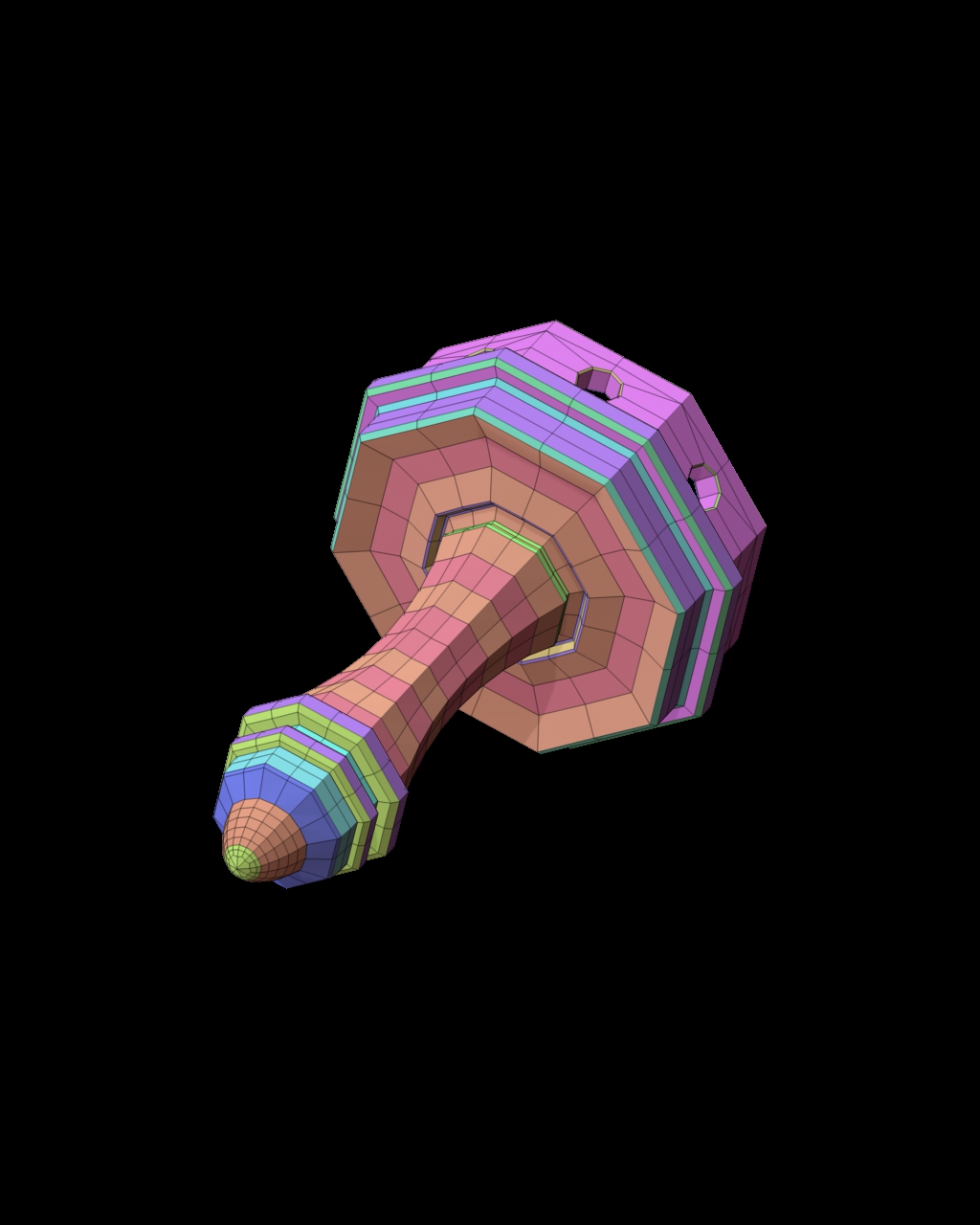 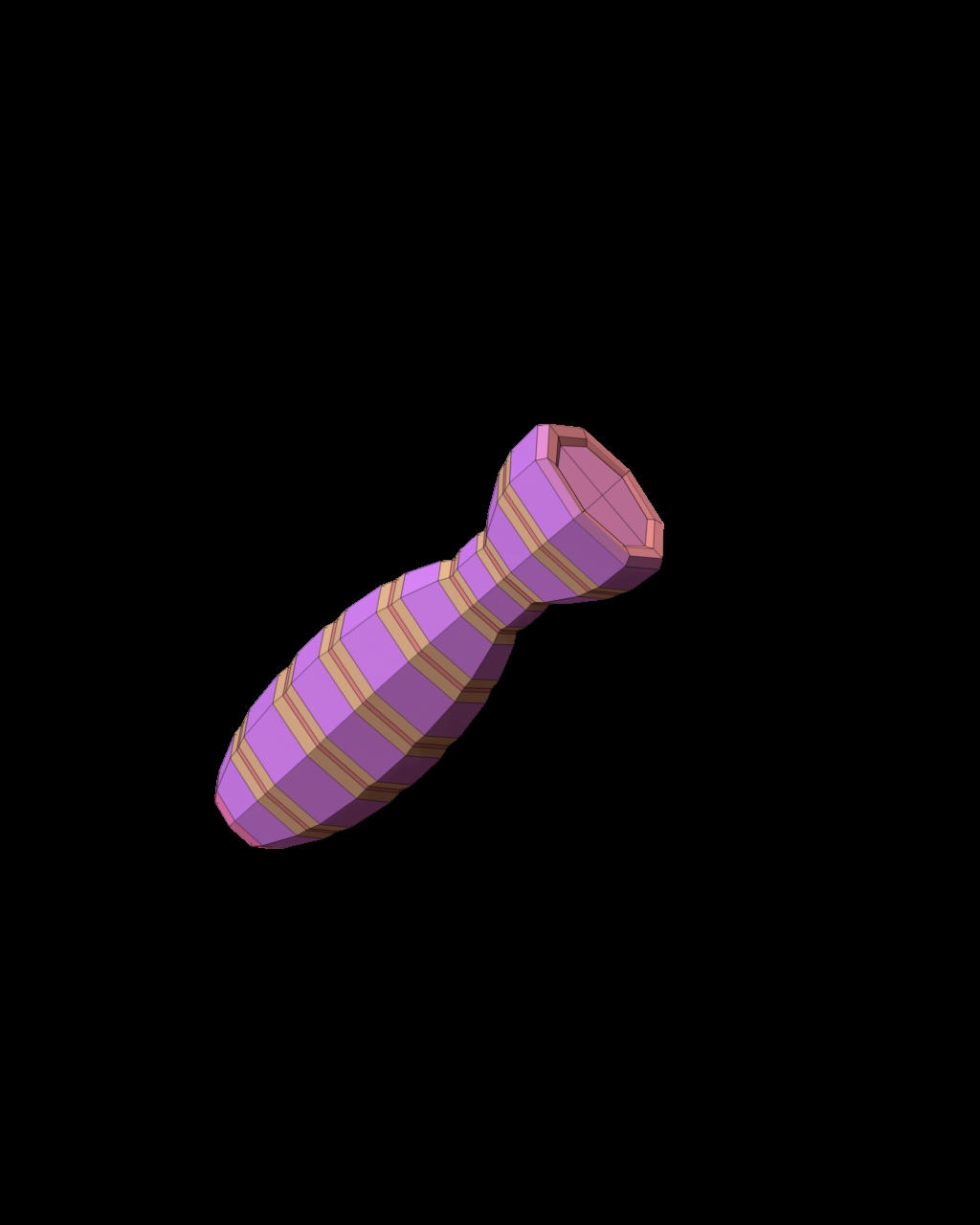 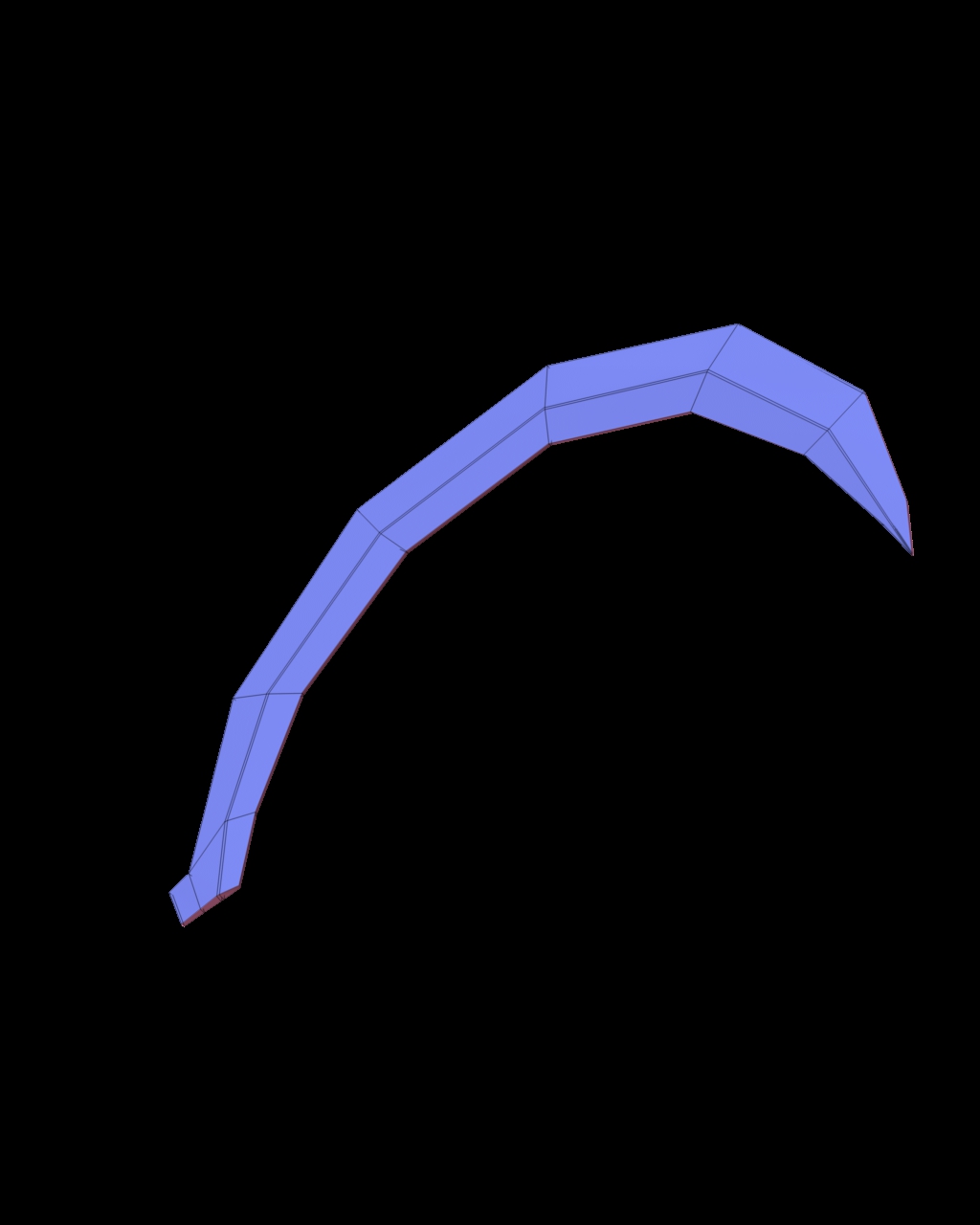 Stars - The star has one triangle poly. I couldn’t get it all quads ! I used an array mesh to create a circle of 12 star instances 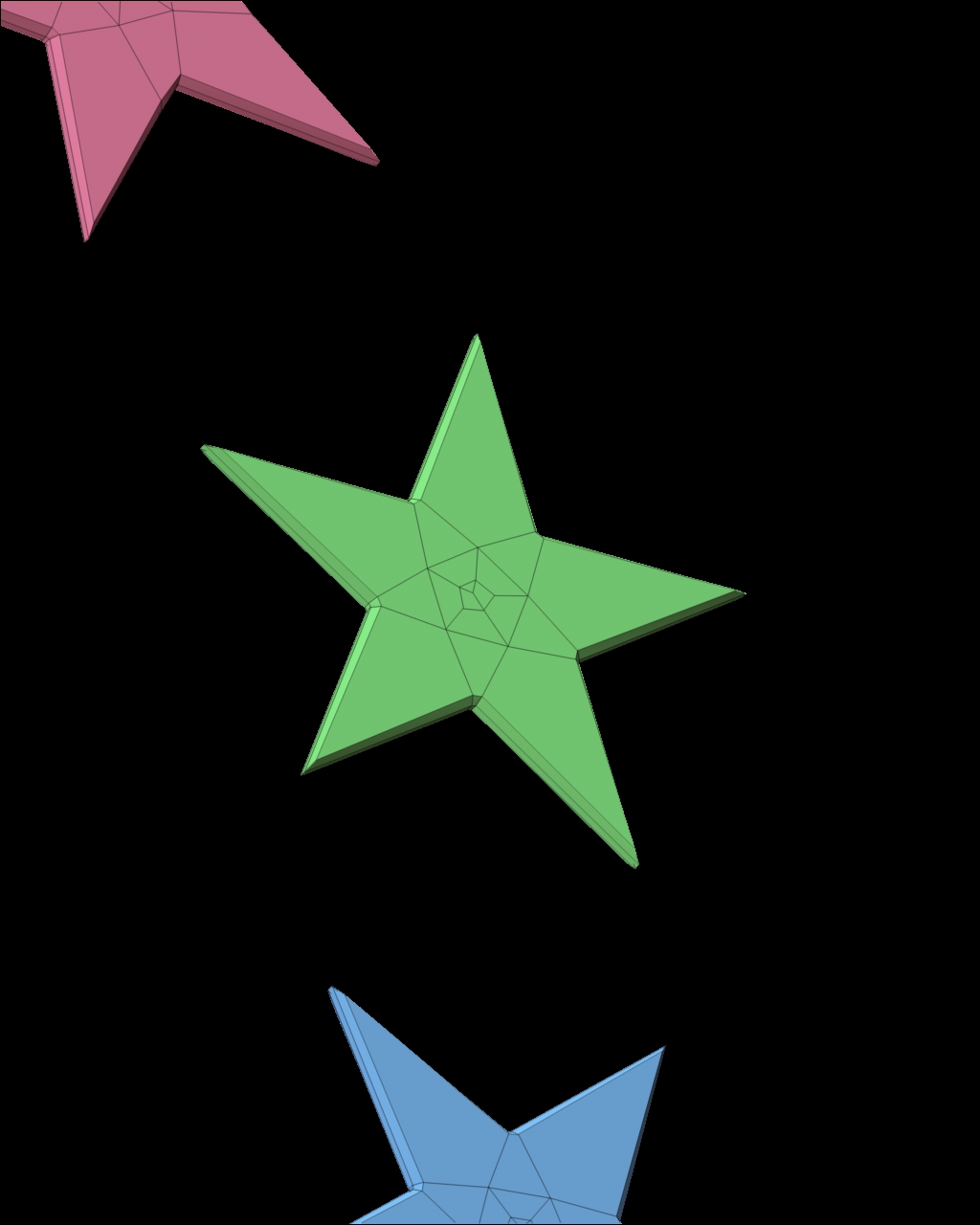 The stripes I created using an insert nano mesh brush ( First I modeled one stripe and converted it to an insert brush) along a planar strip of polygons. I used the 3d Gizmo to twist and arc the stripe steps. 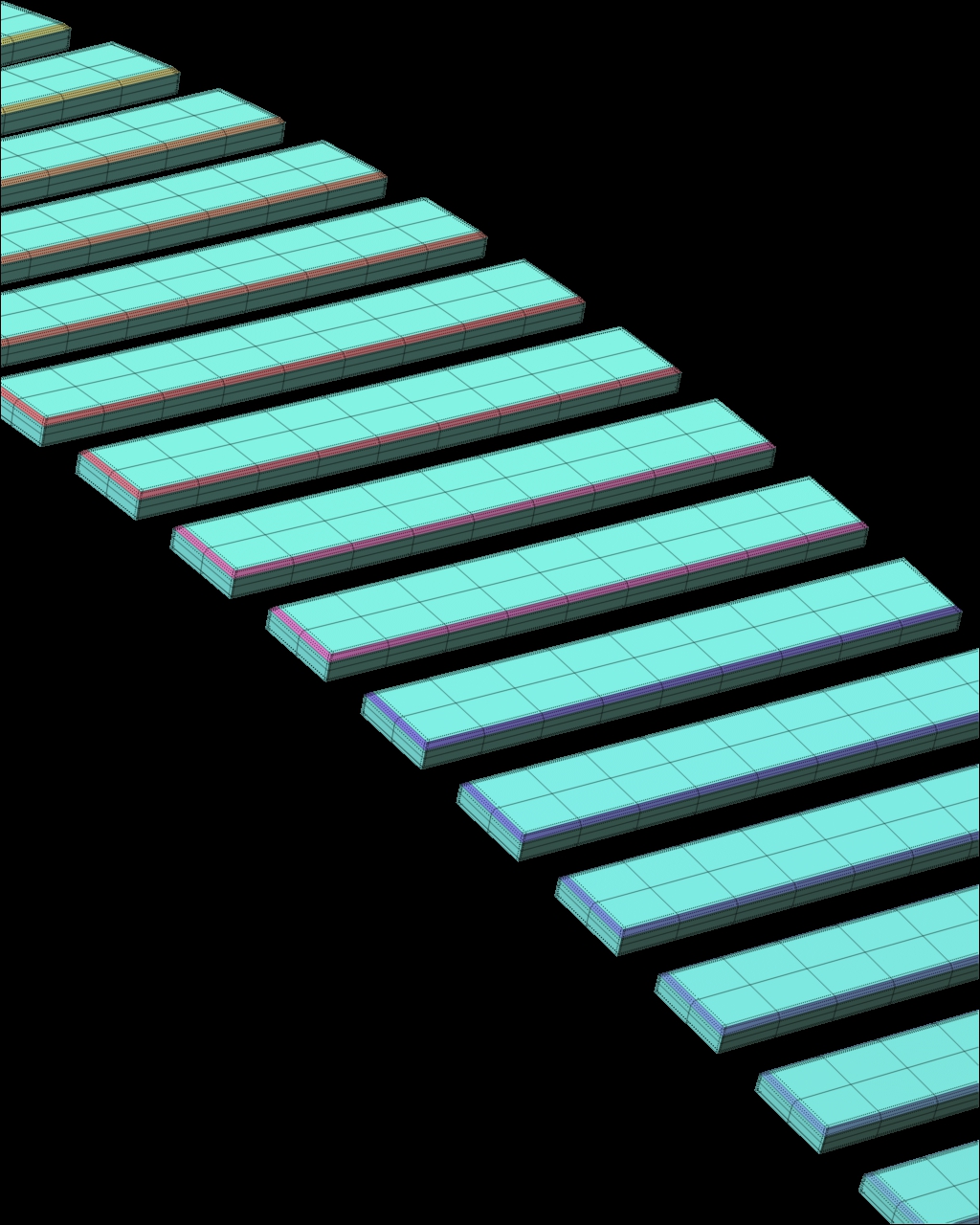 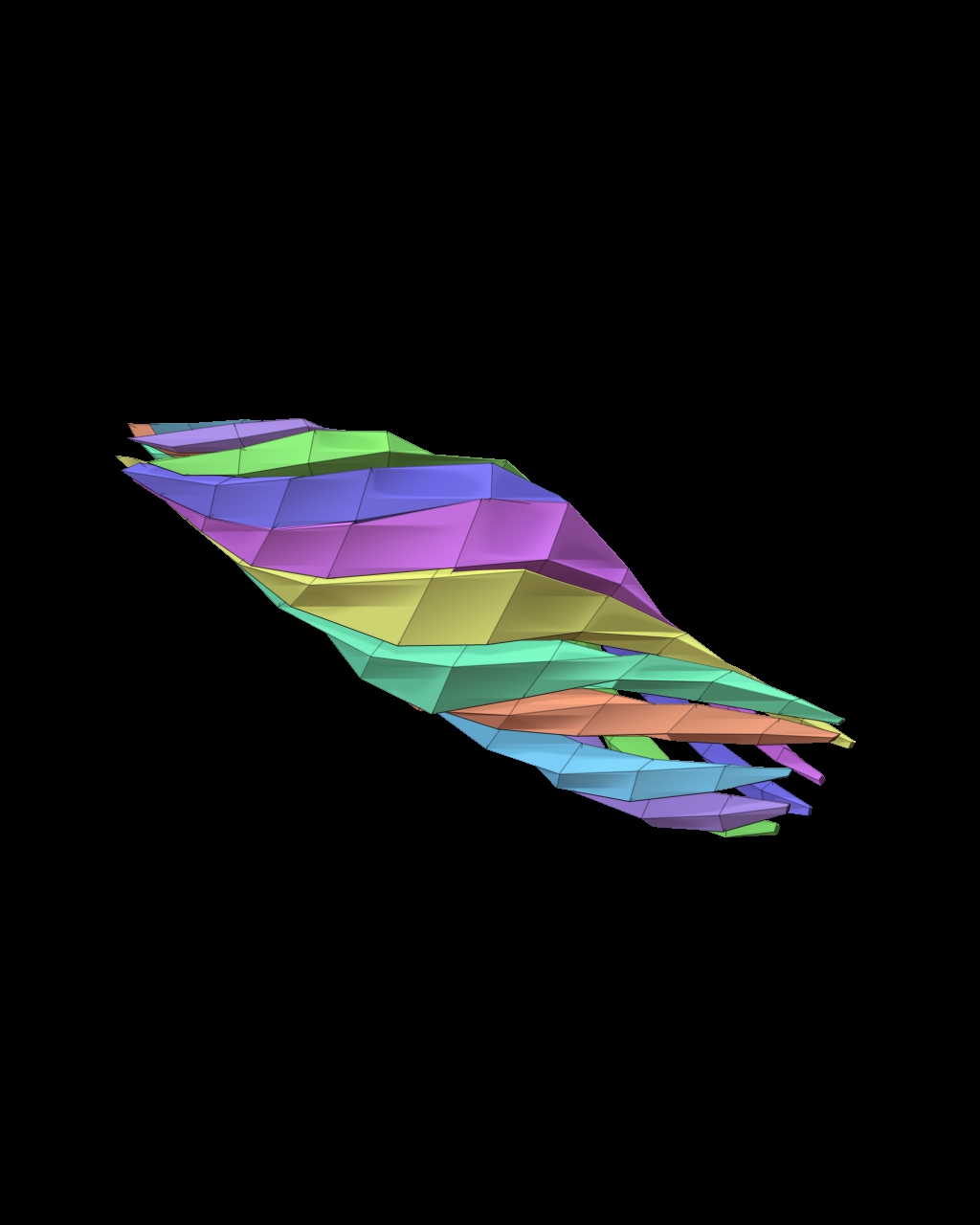 Soles of the boots 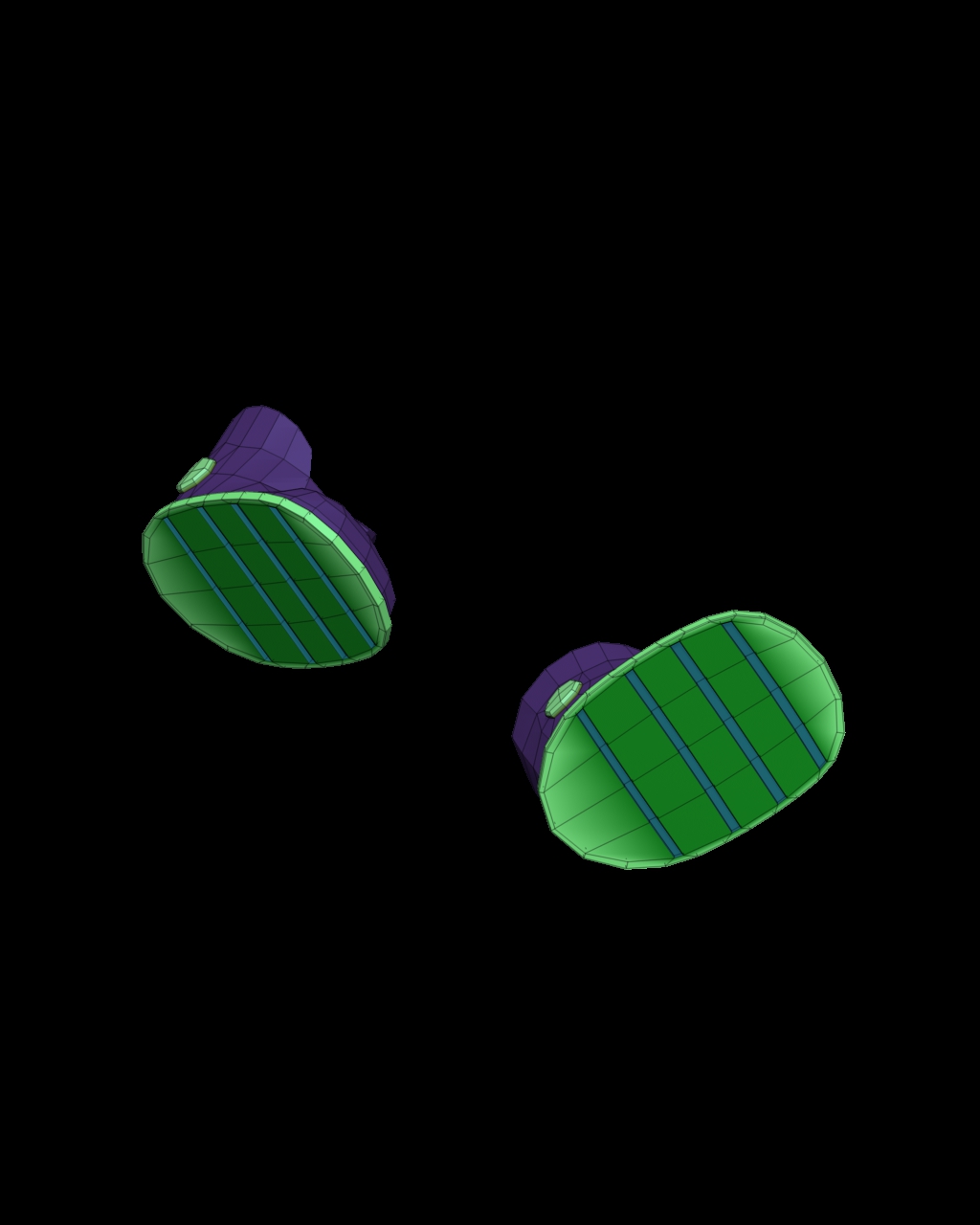 I poly painted the eye and boots. I exported the textures as jpegs. The other materials I added in Keyshot
Before I used transpose master to pose the model I uv mapped ( using work on clone ) all the parts but I never used the uv maps in Keyshot ! 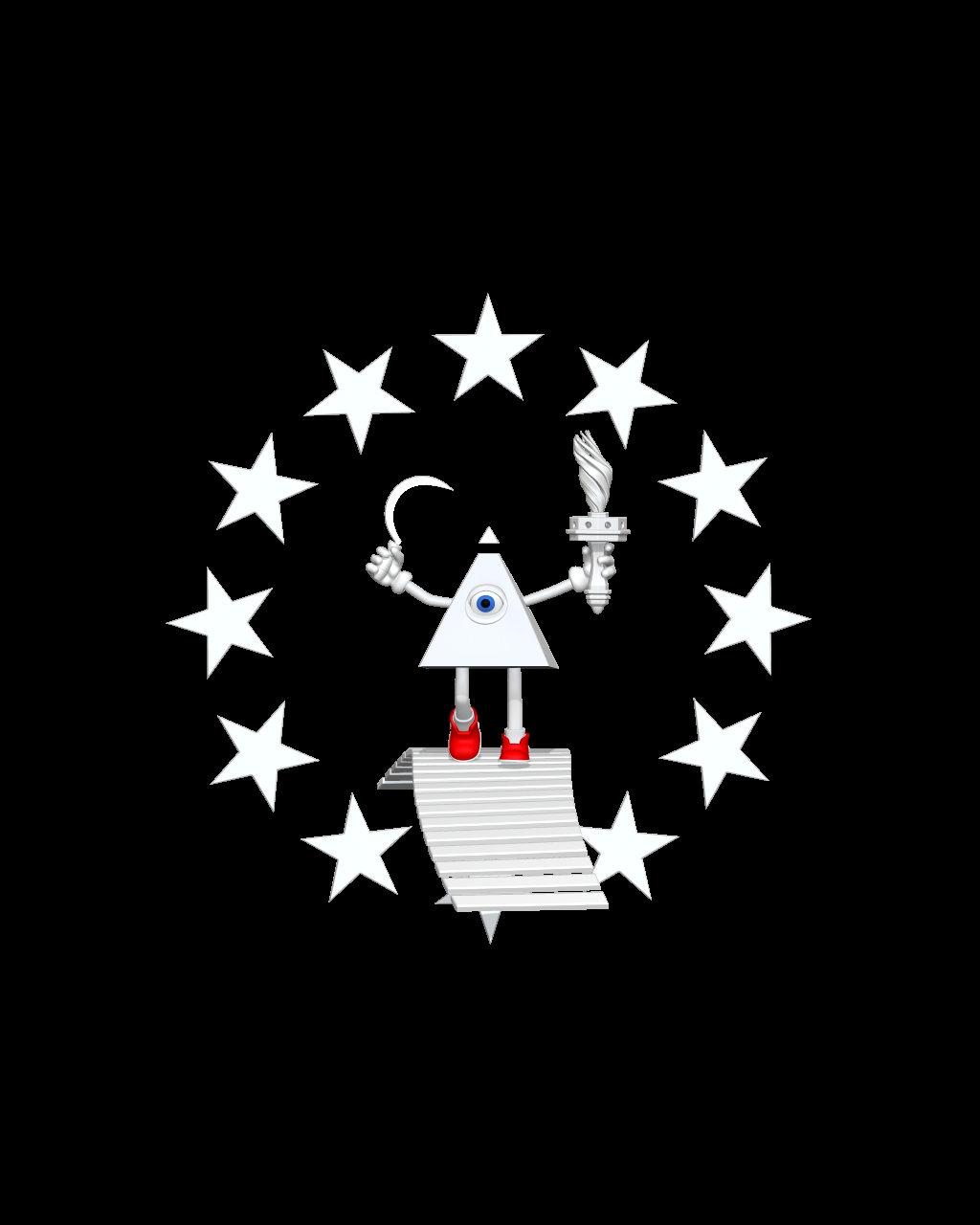 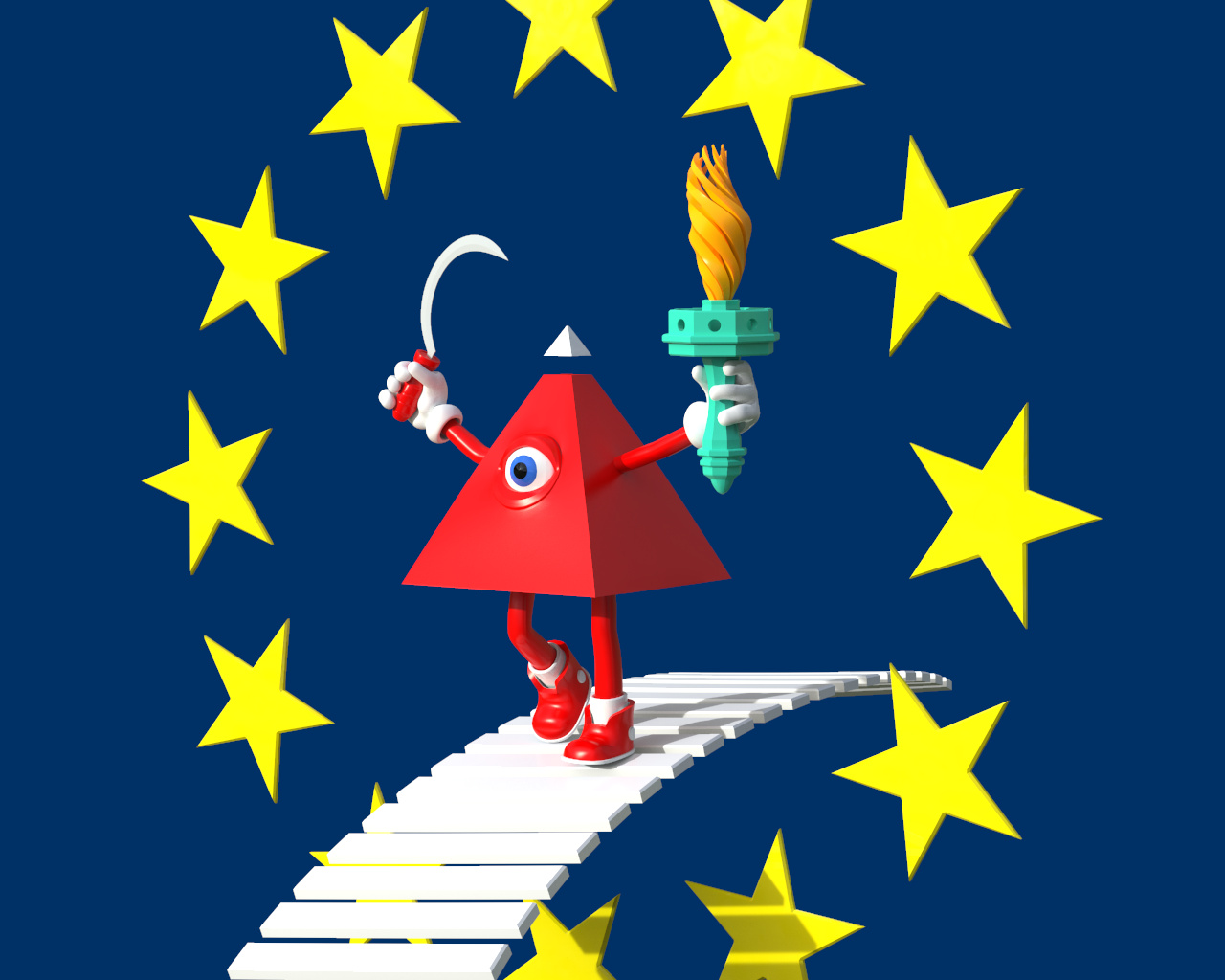 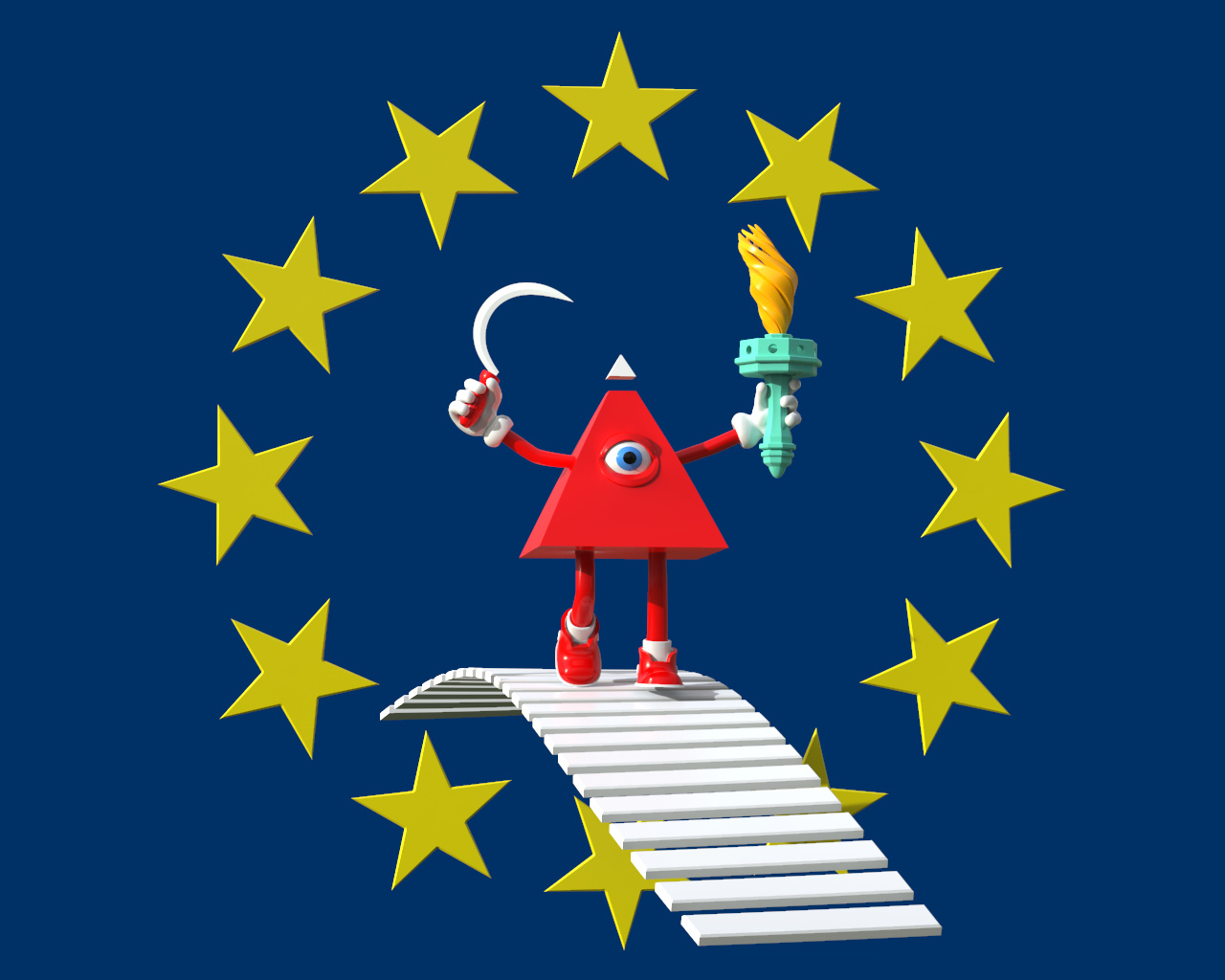